A MASS brawl at a wedding which left three people in hospital was sparked by a guest "flirting with other guests", it is claimed.

The violent rammy broke out at the plush wedding in Wolverhampton and went viral after shocking footage captured guests fighting. 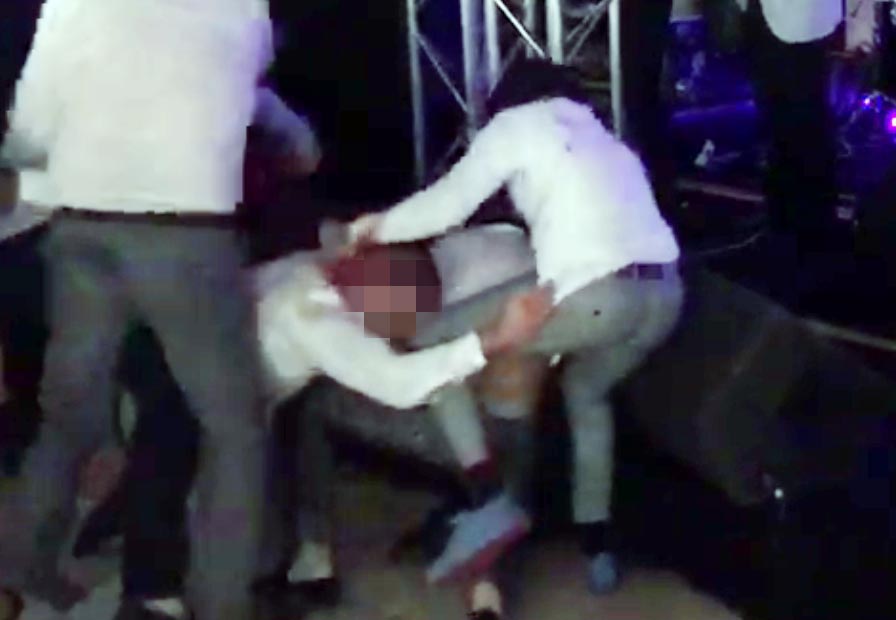 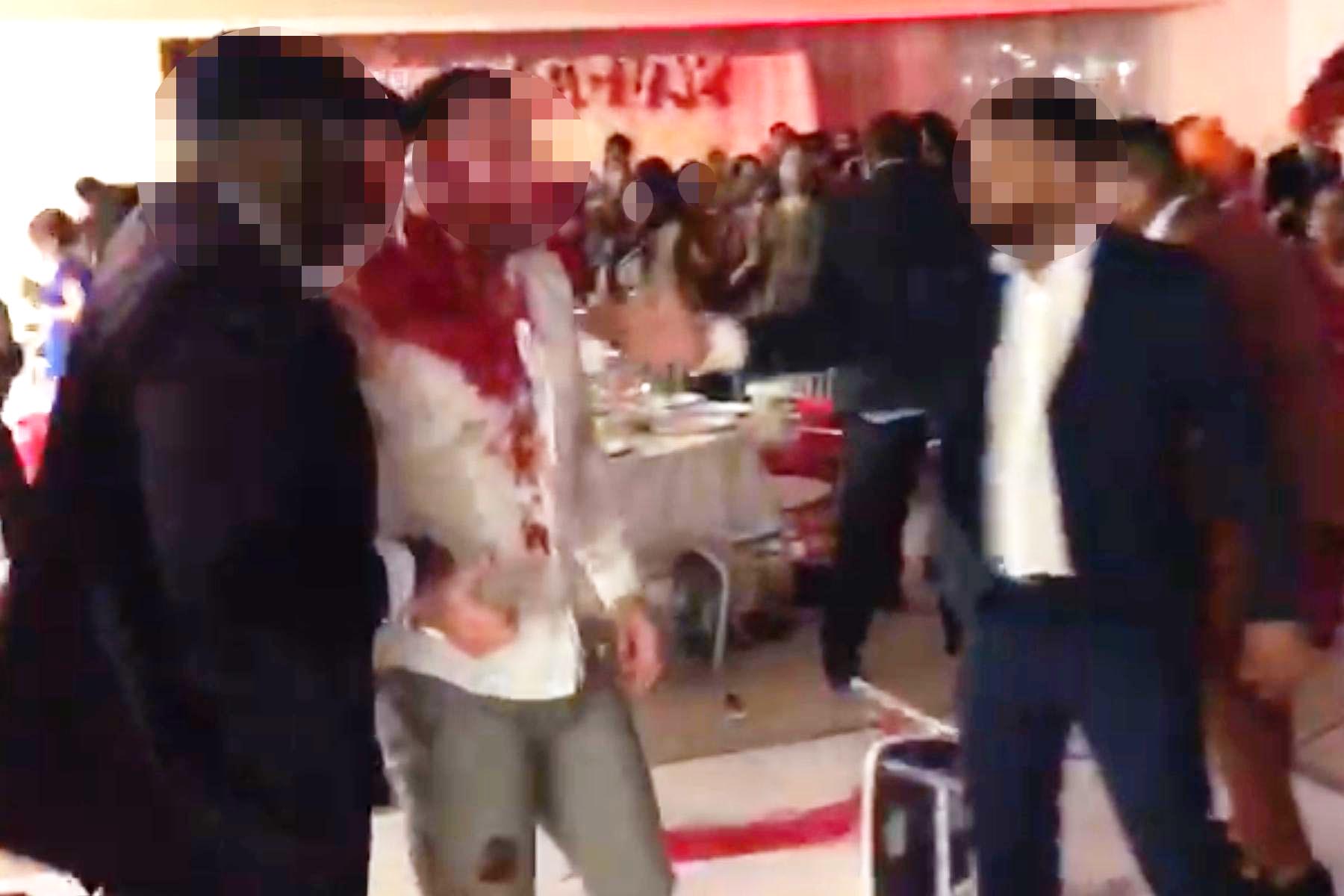 Screams and breaking glass escalated to chairs being thrown as more and more men were sucked into the bloody fight at the Ramada Park Hall Hotel.

Eyewitness Tyson Leon – who owns TLG Management – said he popped over to see his friend who was working at a nearby venue when the violence kicked off.

He said: "You could see the tension building and building but none of the security, who were private, did nothing to stop the problems – it was chaos.

"But all of a sudden it erupted and there was a massive fight and none of the guards stepped into to stop it.People had been glassed, kicked and punched. The organisation was shambles."

Mr Leon said the brawl began after a guest was 'flirting with other guests'.

The venue was beautifully decorated with rose displays on the tables, satin drapes, soft lights, red carpets and elegant chairs.

The wedding band were left horrified and one member could be seen in the footage horrified putting his hands on his head as the men continued to pile on top of each other.

A man could be heard pleading into a microphone for people to stop fighting as the sounds of screams and smashing glass filled the room.

He said: "Everyone calm down now. Calm down. The police are outside, calm down. Everyone just keep stepping away.

No arrests have yet been made.

Aman Singh, who was at the wedding, said the violence left a number of people hurt as the families clashed.

Mr Singh said at the time: “It was chaos. There were punches flying all over the place and we saw someone being taken into an ambulance – I hope he is ok. This is not how you want a wedding to end.”

Another guest – who asked not to be named – said one man was left with blood pouring down his face.

A third unnamed guest believed the violence was down to too much alcohol.

A spokesman for the hotel said: "Having hosted hundreds of weddings we have never seen scenes like this.

"We do not accept this behaviour and would like to praise the quick thinking of our team who immediately contacted the emergency services.

"We’re in close liaison with all staff members who were present on the night and are ensuring that they get all the support they need." 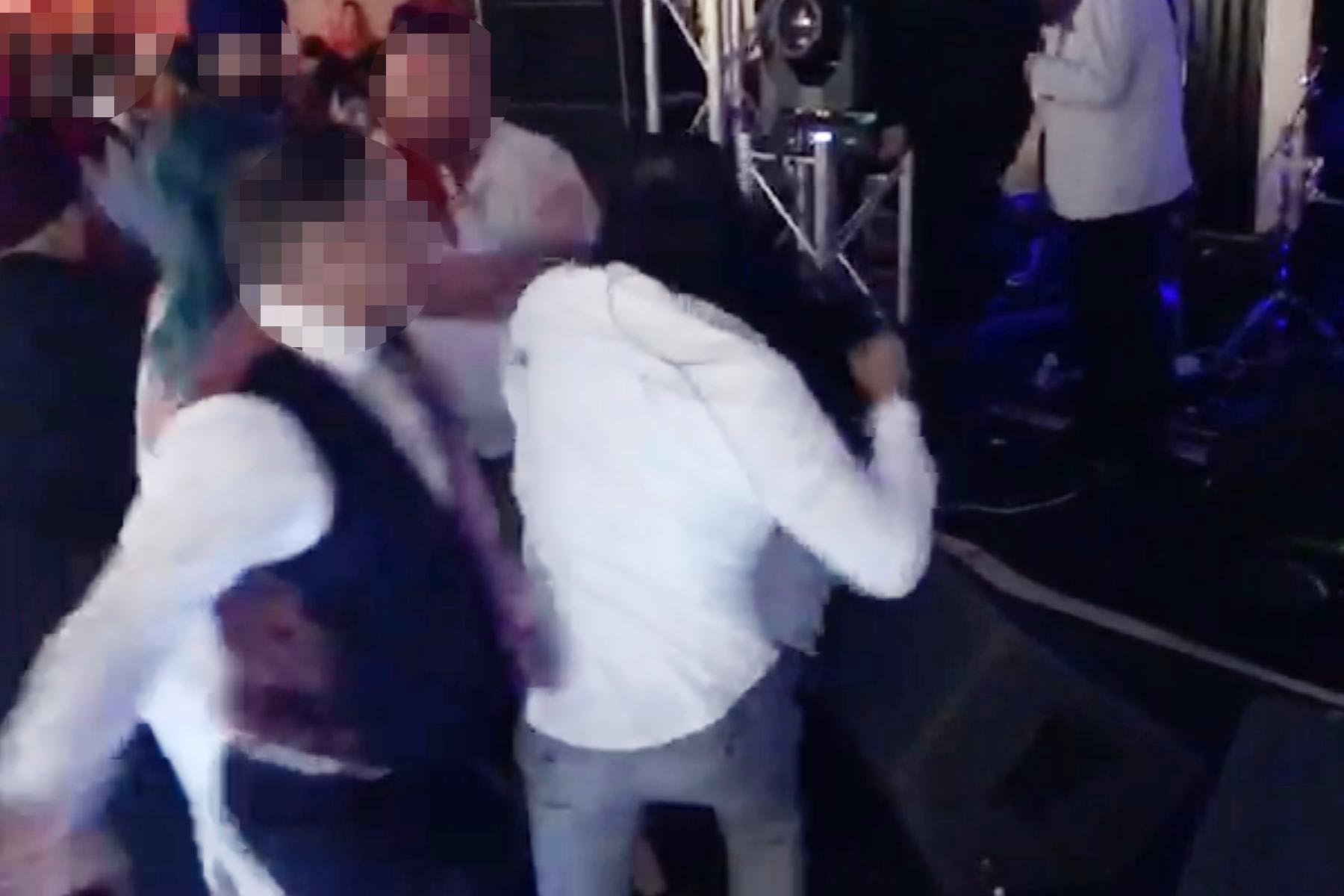 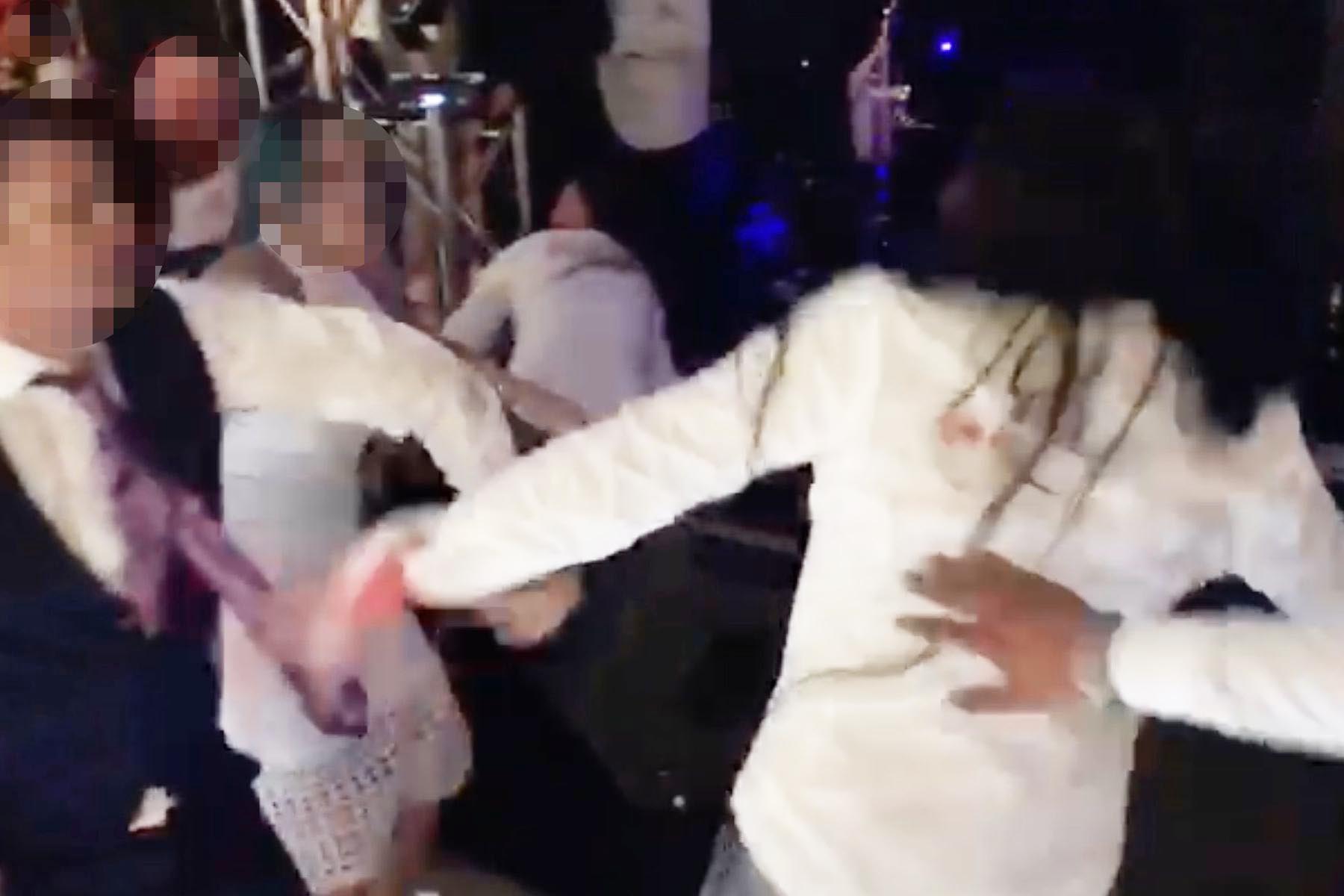