Jordan Prushinski is currently recovering after she was attacked in Ocean City, Maryland, on Monday afternoon. 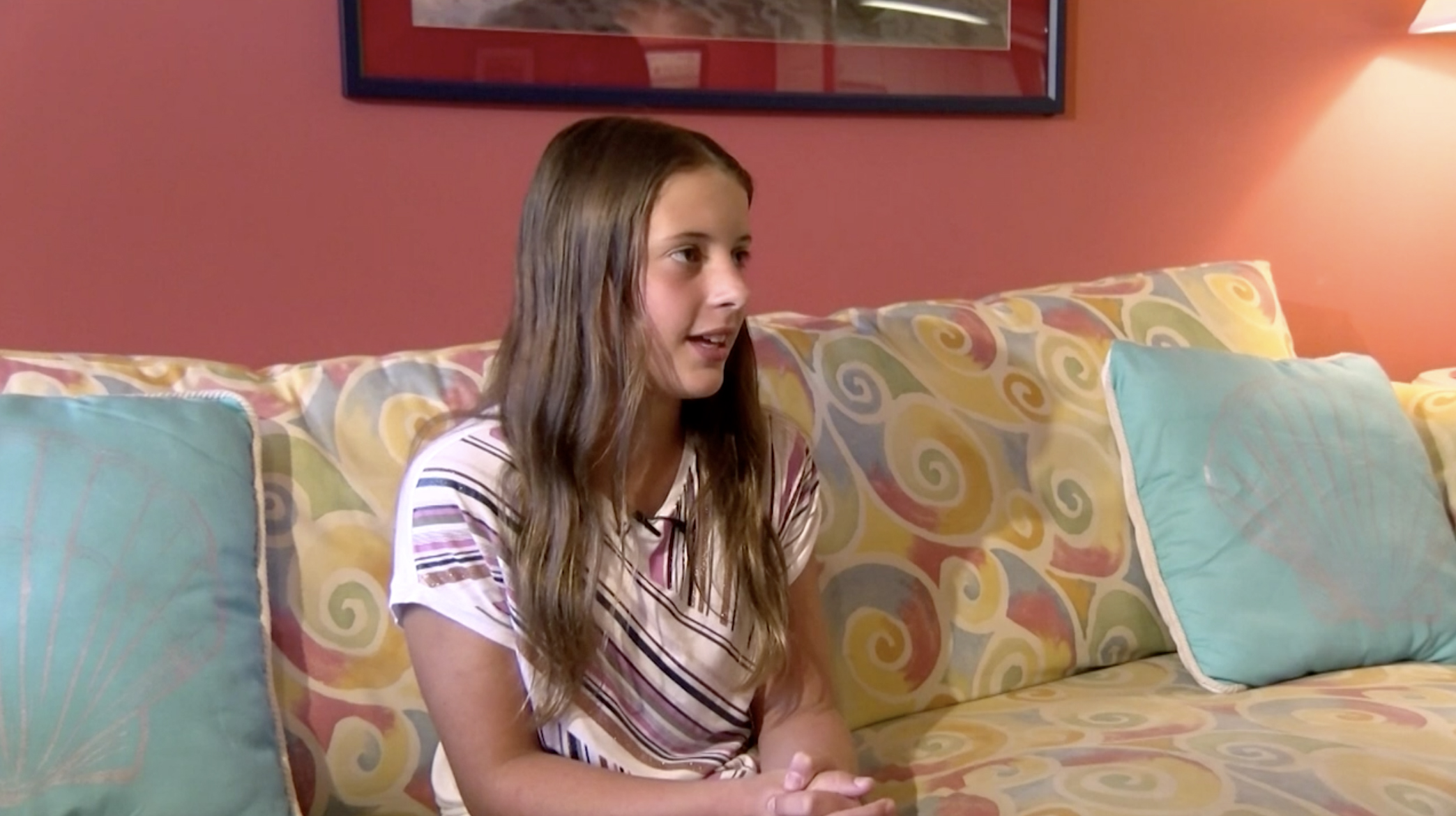 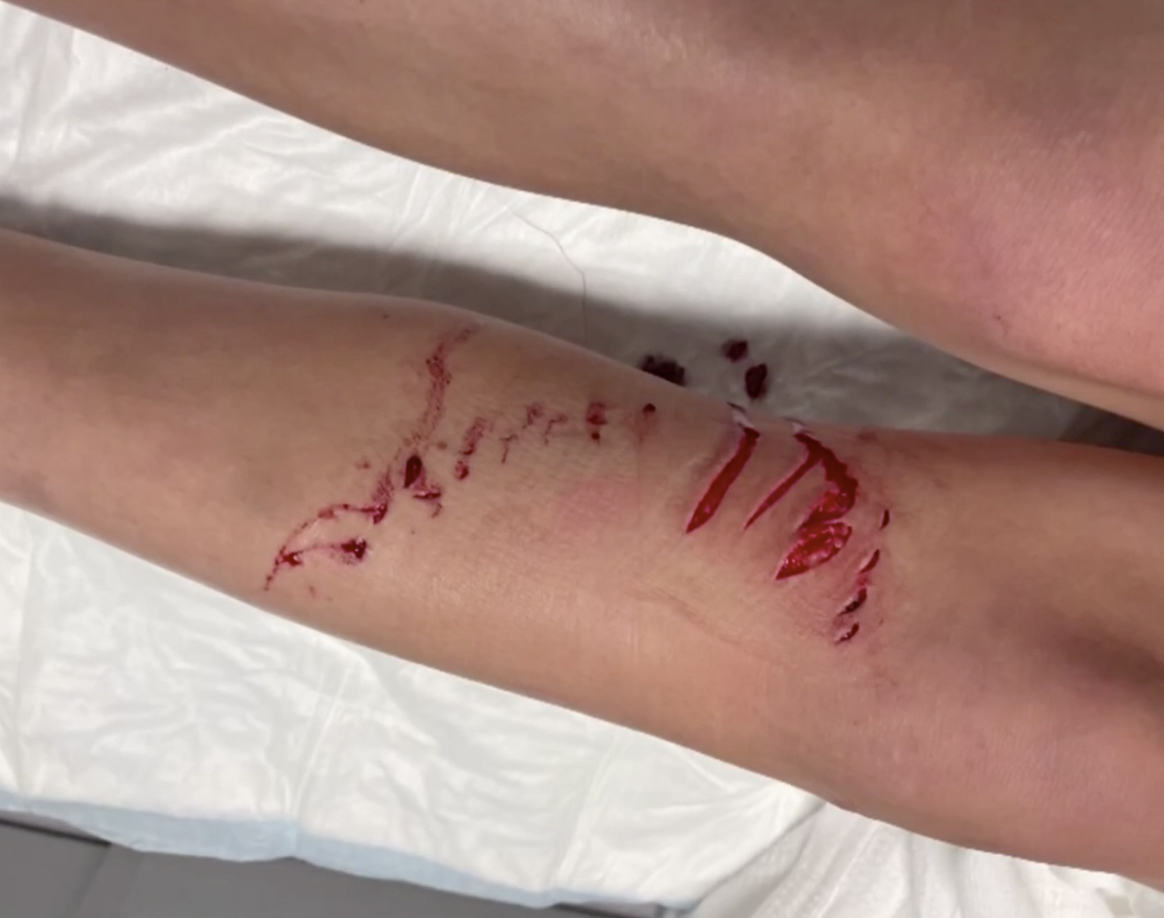 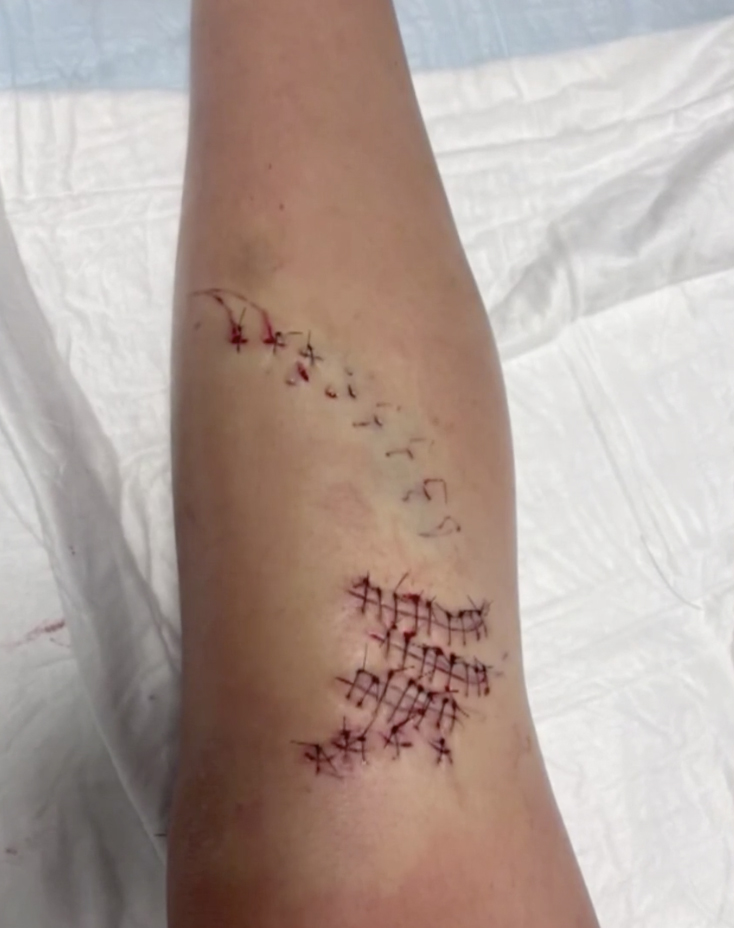 The family said that they were enjoying a beach day on vacation when Jordan was bitten in the shallow waters.

Ocean City Beach Patrol has not yet confirmed that it was a shark that caused the injury, but they did say something like this has never happened in Maryland history, according to WRDE.

"I just saw the blood and the wounds, and I didn't know how deep it was," Jordan's mom Melissa told the outlet.

The teenager then ran out of the ocean bleeding from her leg.

"A wave had crashed. It felt like something ran into my legs, like a horseshoe crab got picked up and ran into my legs, that's what I thought it was, so I ran out and I found blood everywhere once I'm out of the water," Jordan said.

Melissa added: "She was running out of the water and said 'mom, something bit me,' and I took one look at her leg, sat her down, and ran to get the lifeguard for assistance."

Jordan was bandaged up at the scene before being rushed to hospital where she was given 42 stitches.

'COULD SEE INSIDE OF MY SHIN'

"Even looking at the lacerations, you could see the inside of my shin," Jordan said, admitting that she did not feel much pain.

Melissa added: "The ER doctors came in and said without a doubt it's a shark bite, no other animal makes a wound, a bite like this."

The Ocean City Beach Patrol is now investigating the incident.

The number of shark attacks has exploded across the globe as swimmers continue to ignore bloodbath warning signs – seeing nearly 800 people mauled in just nine years.

America has overtaken Australia for the number of attacks with Cape Cod, Massachusetts, now considered the shark capital of the world.

However, despite a spike in maulings by the ferocious beasts and signs warning of attacks on beaches in the US and Australia, swimmers are still putting themselves at risk.

This year has seen 49 shark attacks – six being fatal – across the globe, as the underwater predators continue to get closer to humans.

The US recorded the largest number of shark bites, reporting 33 incidents, while Australia recorded 18.

A whopping 791 shark attacks have been reported between 2010 and 2019, according to data published by the International Shark Attack File, with an annual global average of 80 bites.

It shows an incredible rise compared to data from 1970 to 1979, when just 157 attacks were reported.

Surfers and water sports lovers seem to be the prime targets, accounting for 61 percent of victims last year.

Great whites have taken a chunk out of five swimmers since 2012 in Cape Cod, including one fatality.

The area is just a few miles north of Martha's Vineyard – where Amity Bay, the fictional island in the Jaws films, was located. 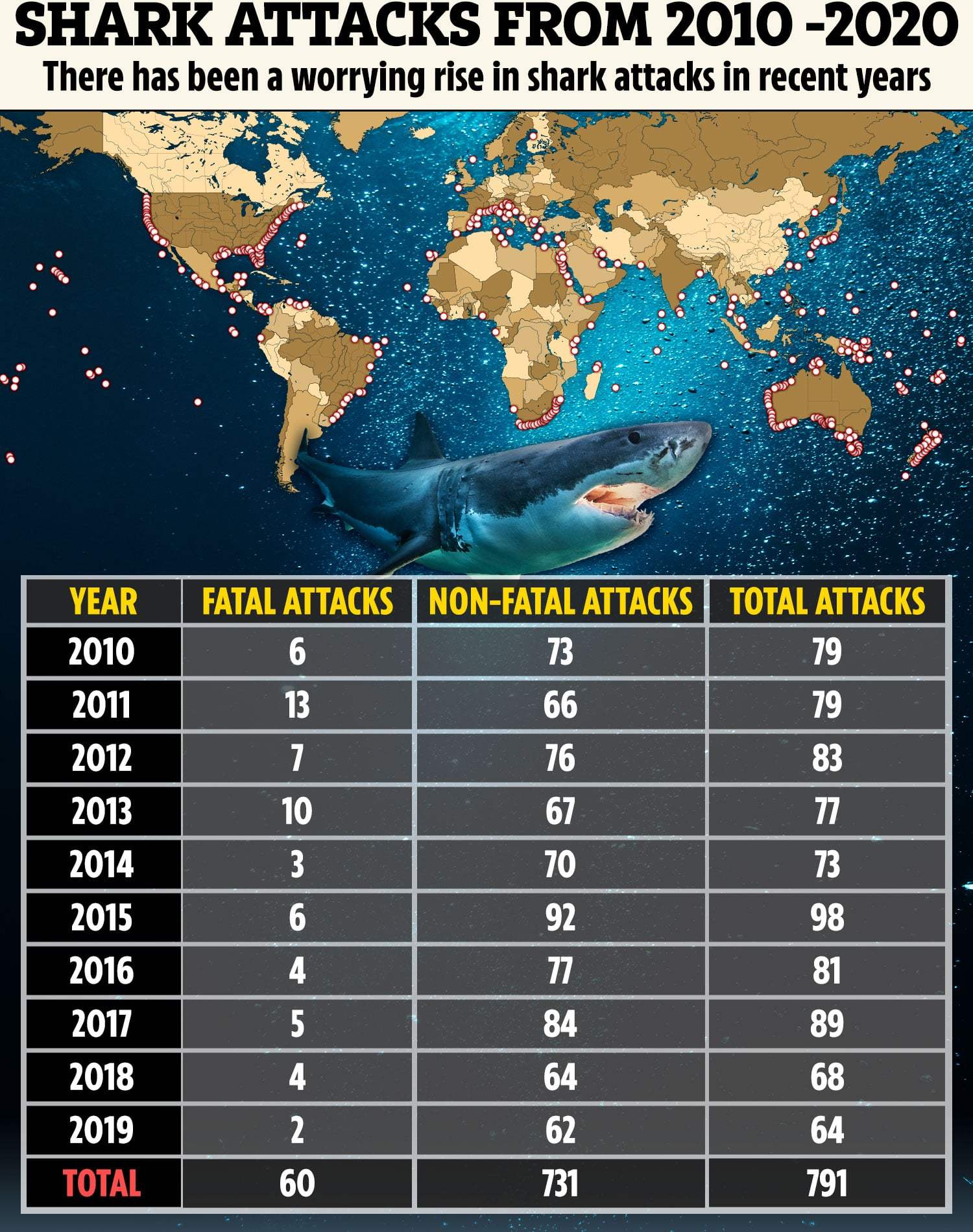