That’s no baa-argain! Sheep becomes world’s most expensive when it sells for £365,000 after furious bidding war at Scottish auction

A sheep has become the world’s most expensive after selling for a record £365,000 at a Scottish livestock auction.

The lamb, named Double Diamond, was sold to farmers at the Scottish National Texel sale in Lanark on Thursday. 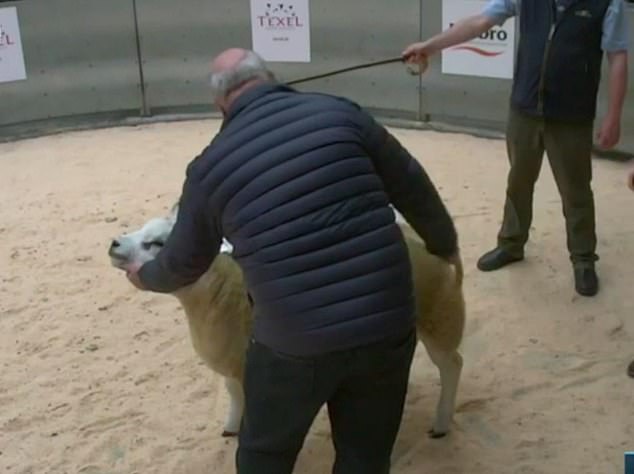 Double Diamond (pictured above) has become the world’s most expensive after selling for a record £365,000 at a Scottish livestock auction

Double Diamond was sold by well-known breeder Charlie Boden from their Sportsmans flock in Stockport, Cheshire.

Texels, originally from the island of Texel in the Netherlands, are the most popular sheep for breeding in the UK because of the quality of the meat.

The average cost of a lamb in the UK is around £100 – but top quality rams used for breeding fetch much more.

Double Diamond, who is an embryo lamb bred from a ewe, was met with an opening bid of £10,500.

A furious bidding war ensued during which the price was raised by over £300,000.

Eventually the sheep was bought in a three-way partnership between Alan Blackwood from Auldhouseburn, Maybole from Procters Farm in Lancashire and Messrs Teward from New View farm in Darlington. 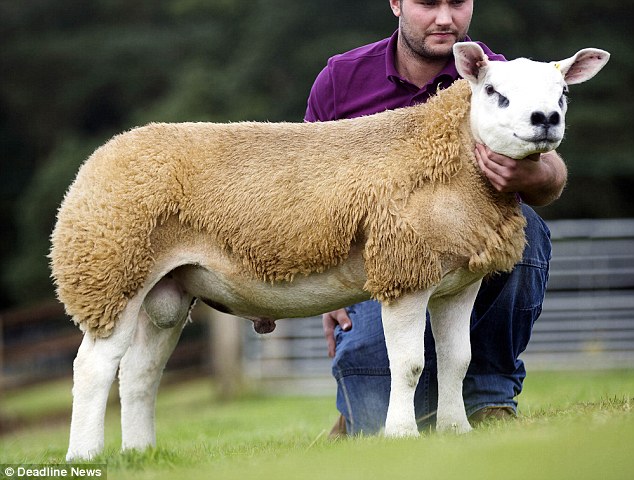 The eight-month old Texel lamb, called Vicious Sid (pictured above), is the second most expensive sheep ever sold in the UK

The second-most expensive sheep sold at the auction, named Hexel Django, went for £68,000 to another three-way consortium made up of the Knox family, Haddo, Turriff, Keith, Alan and Roy Campbell, from Cowal farm in Lochgoilhead and the Wight family from Midlock, Lanark.

Previously, the highest sum ever achieved for a sheep was £231,000 (or 220,000 guineas), paid by Jimmy Douglas for the eight-month-old Texel tup, Deveronvale Perfection, at Lanark market, in August 2009.

In August 2014, an eight-month old Texel ram, called Vicious Sid, became the second most expensive sheep ever sold in the UK after it was bought for a staggering £152,000.

In keeping with tradition, the majority of farm livestock, including horses, are still sold in guineas at markets. A guinea is worth about £1.05p.