This is the dramatic moment a seven-year-old boy was rescued by hovercraft after getting stuck in mud on a beach for 40 minutes.

The boy became stranded on Sunday while running towards the sea at low tide on the notoriously dangerous Brean beach, in Somerset.

After stepping on softer sand, the little boy had sank into a patch of mud where his legs became trapped. 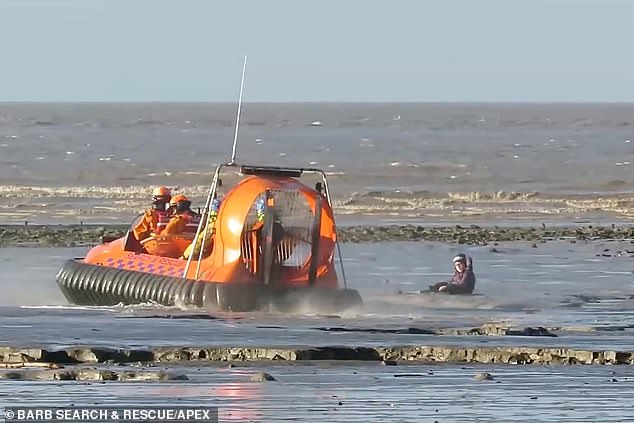 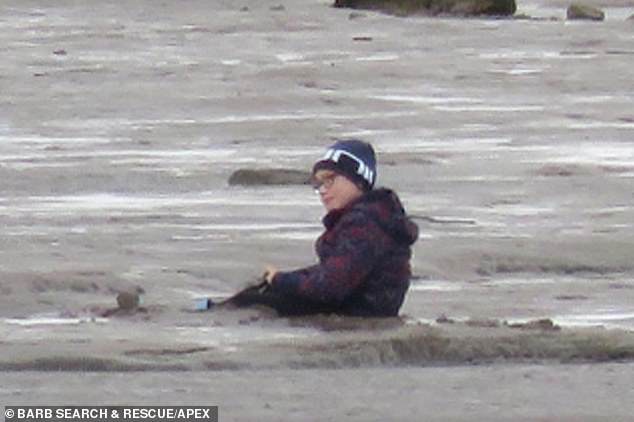 His worried parents raised the alarm after they were unable to unable to reach him across the mud flats.

Coastguards flew a hovercraft out to the boy who with the help of two mud rescue technicians who helped dig his legs out of the sand and freed him.

An ambulance was called as a precaution and the paramedics checked him over for signs of hypothermia but despite being stuck for over 40 minutes the boy was fine.

Mother Susie Roberts who was visiting the beach with her son on a day trip from Bristol, said: ‘I am hugely grateful to the BARB hovercraft crew, the Coastguards, and the beach warden for their very fast response.’ 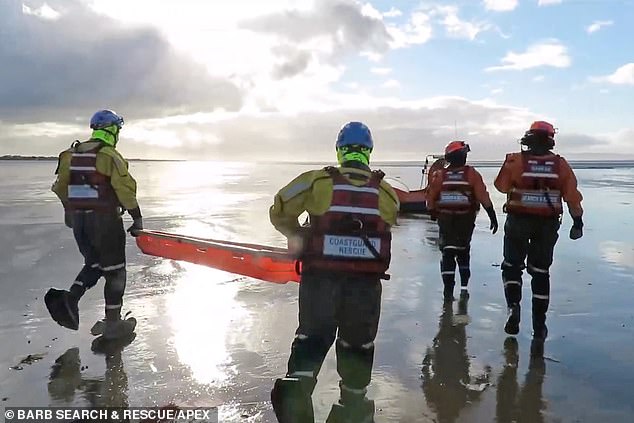 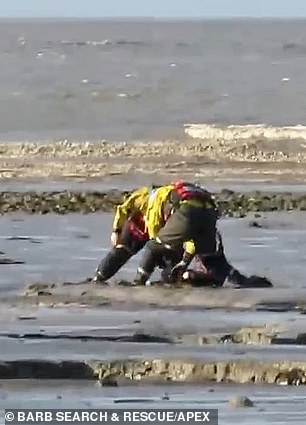 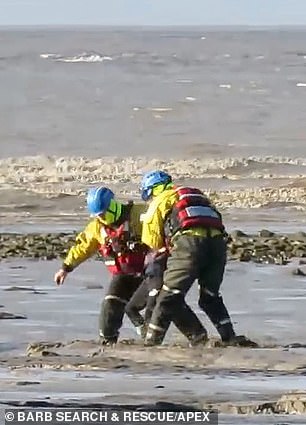 ‘My son had run down the beach towards the sea and had unfortunately got stuck in a patch of very soft mud.

‘I was so relieved that he was quickly rescued.’Burnham-On-Sea Search & Rescue said: ‘BARB’s Spirit Of Lelaina 2 hovercraft flew two Coastguard mud techs out to the lad, where he was quickly freed and safely taken onboard and flown up the beach to safety.

‘His relieved mother thanked BARB, the Coastguards and Beach Warden for a quick response. 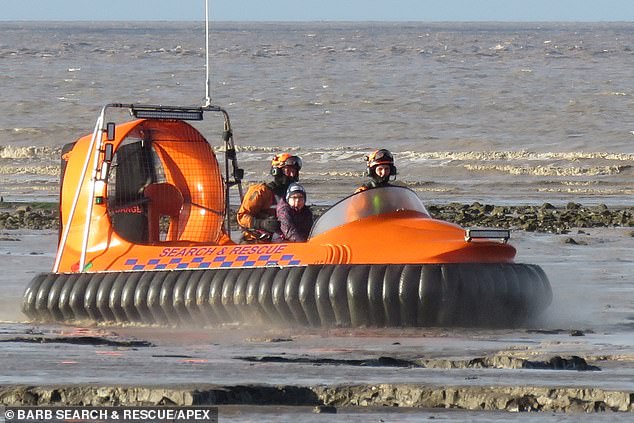 ‘After a warming hot drink in front of the open fire in the Brean Down Cove Cafe, and a checkover by paramedics, the boy was free to go home.

‘We always urge people to stay away from the mud on local beaches and keep to the hard sand at the top of the beach.’

Brean beach, near Weston-Super-Mare, is seven miles long however walkers are warned against going on the mudflats at low tide.

In July, a family had to be rescued after leaving their parked car on the sand and they were left stranded on rocks when the tide came in.

Three drivers were caught unawares by high tides which caused £91,000 worth of damage as they left the vehicles submerged on the beach in 2016.

Coastguards had to rush in after the tourists parked on a beach at Brean Down as they were swamped by water.

And in 2015 the driver of the Land Rover Freelander got into difficulty on Brean Beach in Somerset, with the high tide quickly surrounding the 4×4.

Sea water began lapping up the sides of the vehicle and beach warden Kevin Williams was forced to call a nearby farmer to rescue the man and his car. 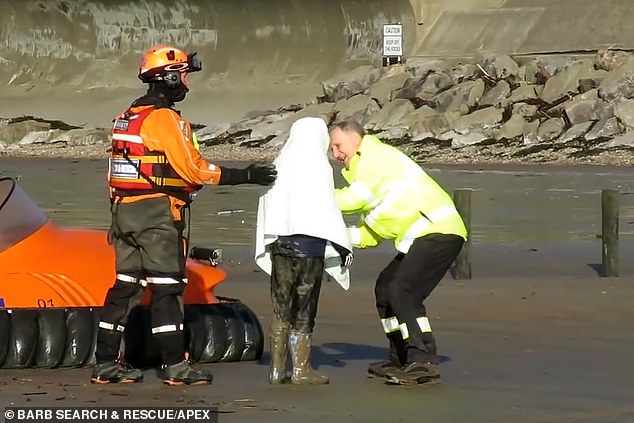