LONDON (Reuters) – Seven Labour lawmakers quit on Monday over leader Jeremy Corbyn’s approach to Brexit and a row over anti-Semitism, saying Britain’s main opposition party had been “hijacked by the machine politics of the hard left”.

In a direct challenge to Corbyn, the seven centrist MPs said they were courting others from across parliament to join their group, saying “enough is enough” in keeping silent over their doubts about the Labour leader’s fitness for office.

United by a desire for a second referendum on Britain’s decision to leave the European Union, now that the likely terms of the divorce are known, they acknowledged that their move would not change the arithmetic in parliament, where there is as yet no majority for such a so-called “People’s Vote”.

But their move underlines the increasing frustration within Labour over Corbyn’s reluctance to change his Brexit strategy – the leftist leader and long-time critic of the EU has stuck to his preference for a new election or his plan to leave the bloc.

With only 39 days until Britain leaves the EU, its biggest foreign and trade policy shift in more than 40 years, divisions over Brexit have fragmented British politics, breaking down traditional party lines and creating new ad hoc coalitions.

“The Labour party we joined that we campaigned for and believed in is no longer today’s Labour Party. We did everything we could to save it, but it has now been hijacked by the machine politics of the hard left,” lawmaker Chris Leslie told a news conference.

“Evidence of Labour’s betrayal on Europe is now visible for all to see. Offering to actually enable this government’s Brexit – constantly holding back from allowing the public a final say.”

The seven lawmakers are Leslie, Luciana Berger, Angela Smith, Gavin Shuker, Chuka Umunna, Mike Gapes and Ann Coffey. They will continue to sit as members of parliament under the banner “The Independent Group”.

Corbyn expressed his disappointment that the group had left, referring in a statement to “Labour policies that inspired millions at the last election” when the opposition party saw its biggest increase in vote share since 1945 to win 262 seats.

But the seven may only be the start of a bigger exodus, a Labour source close to the group said. That, critics say, could split the party and hand almost certain victory to the governing Conservatives in any new election.

Britain’s 2016 EU referendum, in which 52 percent voted to leave versus 48 percent to remain, has split not only British towns and villages but also parliament, with both Conservative and Labour leaders struggling to keep their parties united.

Eurosceptics in Prime Minister Theresa May’s Conservative Party flexed their muscle by voting against her government in a symbolic Brexit ballot last week but have so far given little sign of formally breaking away.

But lawmakers in the new Labour independent grouping may hope to tempt away some pro-EU members of the governing party and said they were holding talks across parliament. 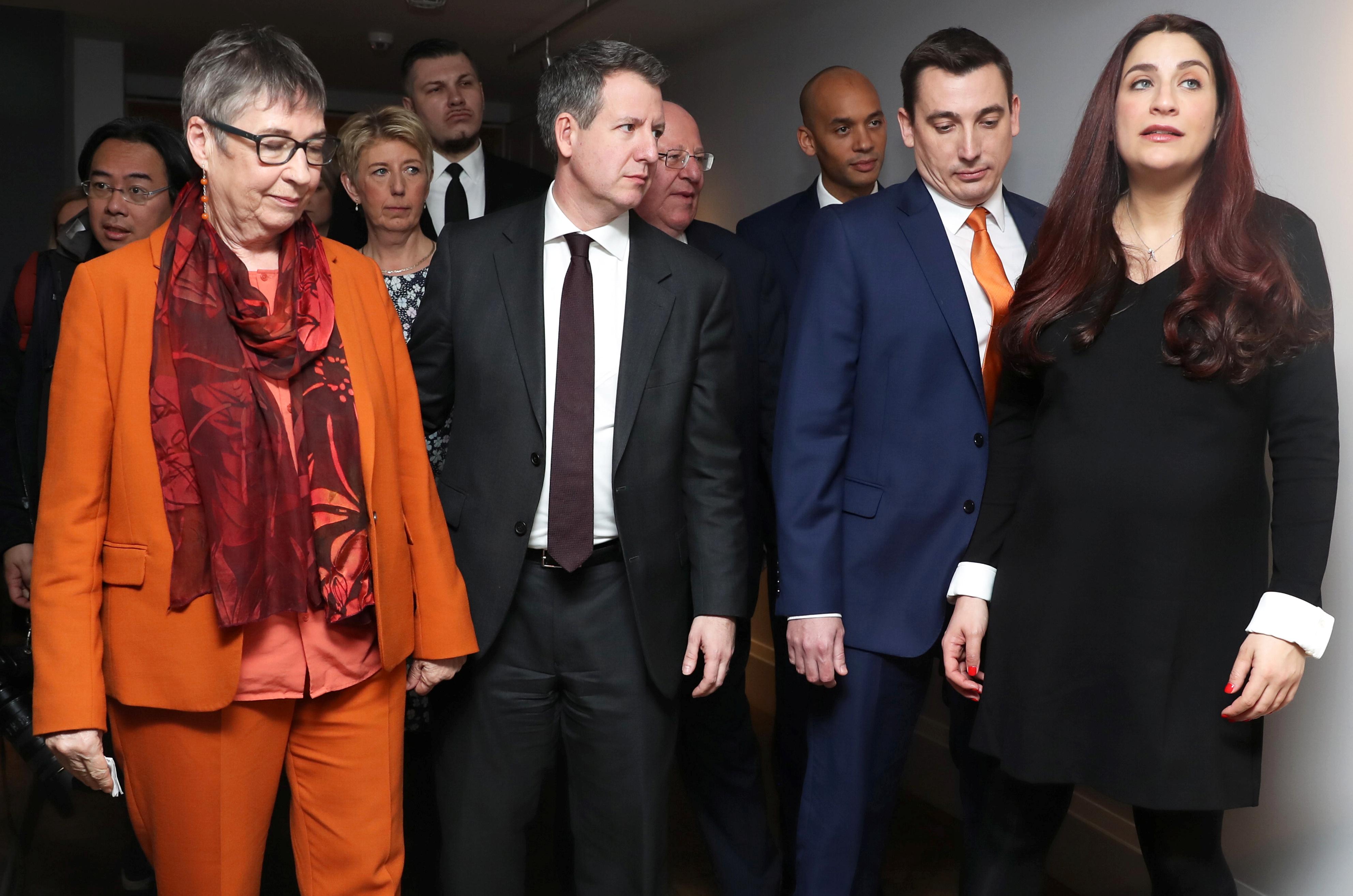 “We believe that the entire political system is now broken…We’ve had enough evidence to suggest that people out there will come forward, register their support and help us… build a new political movement,” Angela Smith said.

Corbyn has so far stuck to Labour policy to keep the option of a second referendum “on the table” if May’s government fails to secure a deal with Brussels that can pass through parliament.

The deal’s perceived failure either to make a clean break from the EU or keep close economic ties with the UK’s main trade partner has united eurosceptic and pro-EU MPs against it.

Corbyn’s first choice is a new election but he has also called on May to change her “red lines” and for her to embrace his plan for a permanent customs union with the EU – something the prime minister has refused to do.

The prospect of holding a second referendum poses a dilemma for Corbyn: while many of the party’s members fervently back a so-called People’s vote, others just want Britain to leave as soon as possible.

But it was clear that for the seven lawmakers launching the new group, Corbyn’s wider beliefs had spurred them to leave the party, which for several of them had been the basis of life-long political careers.

Corbyn has cemented a shift to the left in Labour, taking control of a party that, under former prime minister Tony Blair, moved to the center to win and keep power for 13 years.

Some accused Corbyn of failing to tackle anti-Semitism in the party, an allegation that has dogged the Labour chief, a supporter of Palestinian rights and critic of the Israeli government, since he took over the party in 2015. Corbyn denies the allegation, saying he is stamping anti-Semitism out. 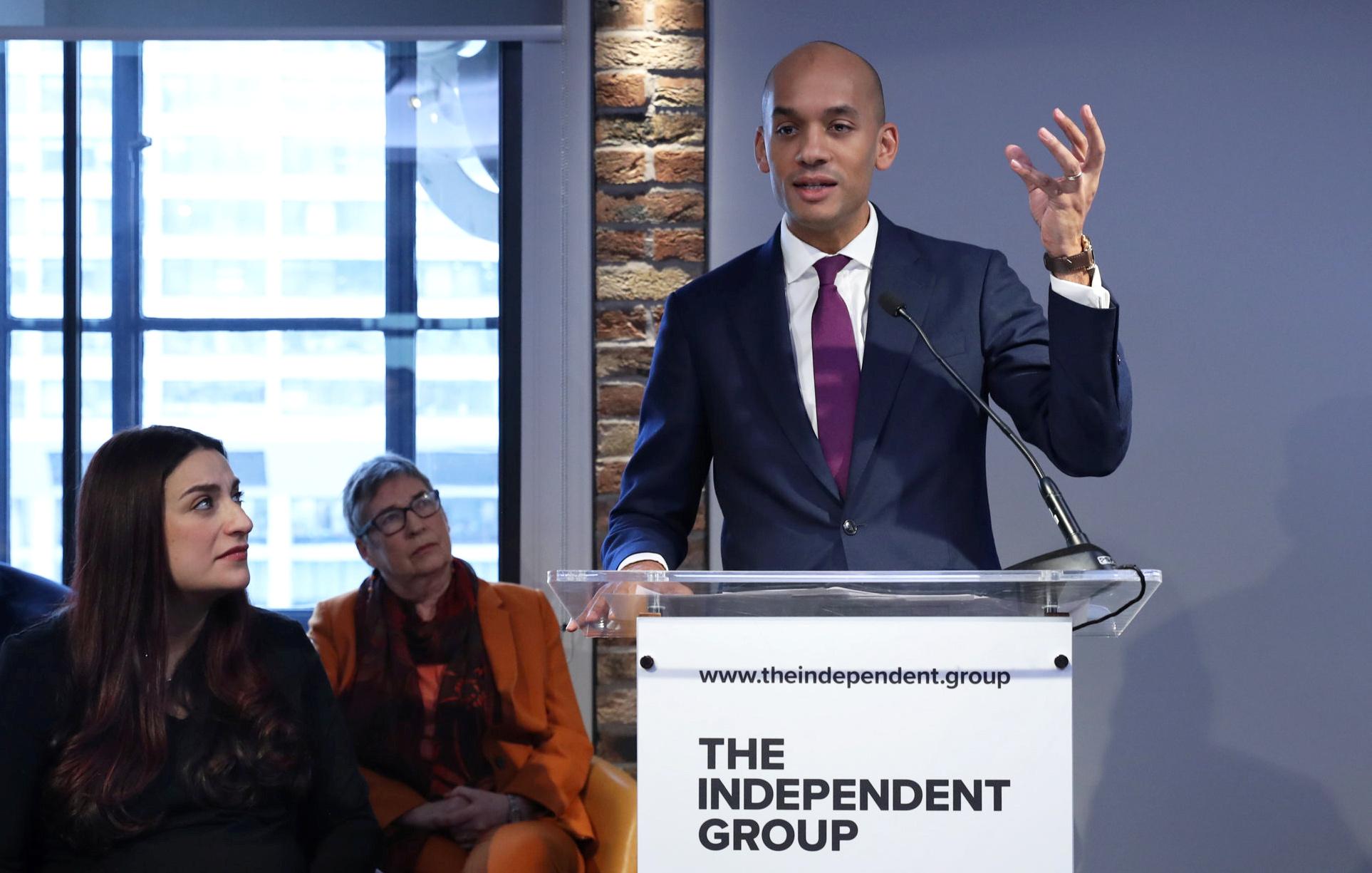 Luciana Berger, a Jewish lawmaker who has faced abuse, said the party had become “institutionally anti-Semitic” and that the leadership has “willfully and repeatedly failed to address hatred against Jewish people in its ranks”.

For others, Corbyn was just not up to the demands of his office, they said. “This is a Labour Party which has changed beyond recognition,” Mike Gapes said.

“It is whether you can feel a moral integrity to go along with things that you can no longer justify or accept. And I’ve come to my own breaking point. I cannot do that any longer.”