Fighting for their friend: Seagulls attack a deadly bald eagle which has swooped and grabbed one in its talons… but their bravery is in vain as it then feasts on its victim

This is the remarkable moment a brave seagull swoops on a deadly bald eagle and pecks at its back in a bid to save its friend from the predator’s death grip.

The 33-year-old was amazed when the brazen eagle descended on a flock of gulls and plucked one from the air, with around ten of the white birds pursuing the bird of prey.

Mr Canales, of Kingsville in South Texas, USA, said: ‘All of a sudden this eagle attacks and landed on this seagull, which caused quite a stir among the other birds.

‘It all occurred so fast, I didn’t know the scale of how dramatic the chase was until I looked through the photos hours later.

‘I was also surprised that the eagle was able to carry the seagull with ease as the seagull isn’t much smaller than the eagle.

‘The eagle was outnumbered by hundreds of seagulls to one, yet it was able to land in the middle of all these birds and just snatch one and fly off with it.’ 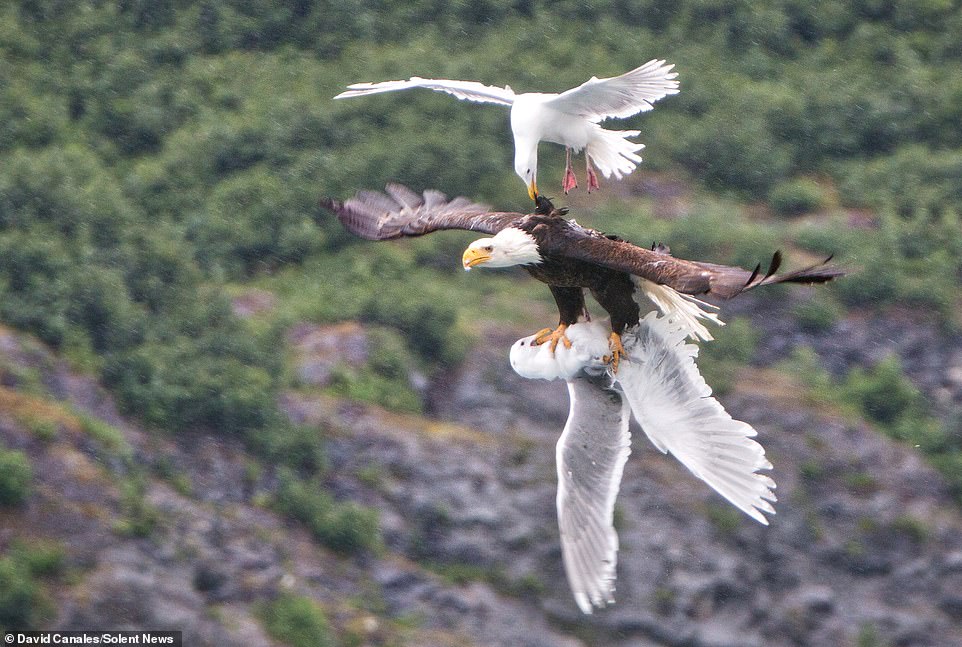 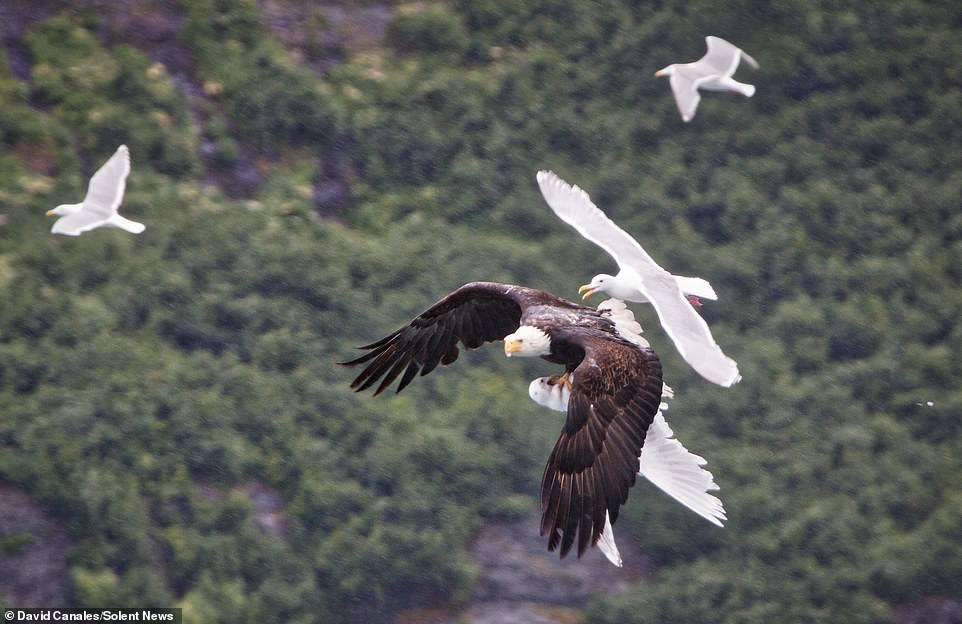 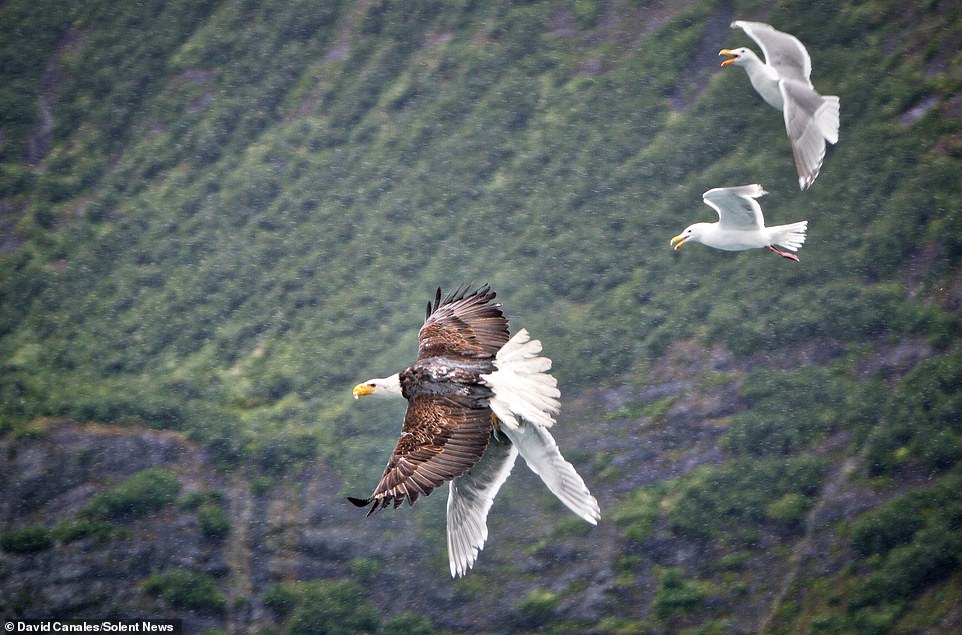 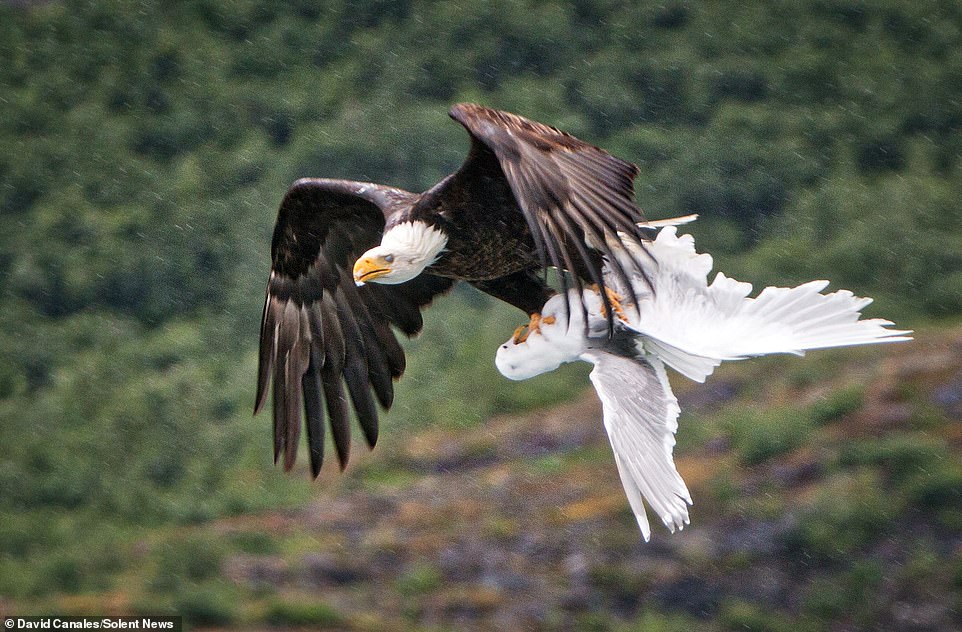 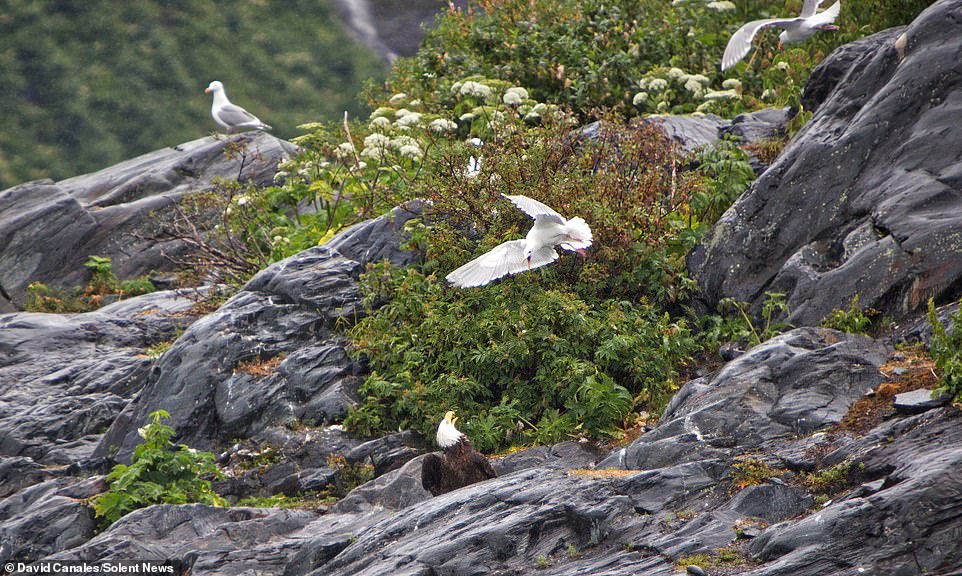