Scottish expat, 64, is shot and killed on her own doorstep in America ‘just two weeks after moving into new apartment’

A Scottish expat was shot and killed on her own doorstep in America just two weeks after moving in.

Elizabeth Peterson, 64, known to pals by her maiden name Liz Sutherland, was found dead outside her home in Birmingham, Alabama on Saturday night.

Police said she died as a result of a single gunshot wound but added no suspects were in custody. 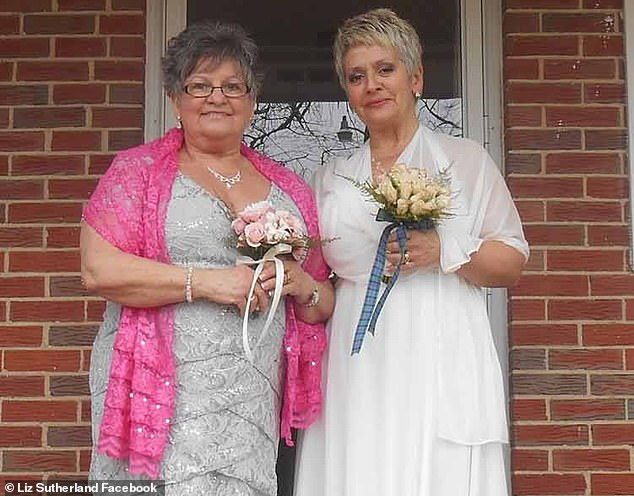 Liz Sutherland (pictured right with her older sister Morag Sutherland Donlevy) was shot on the doorstep of her home in Birmingham, Alabama on Saturday night 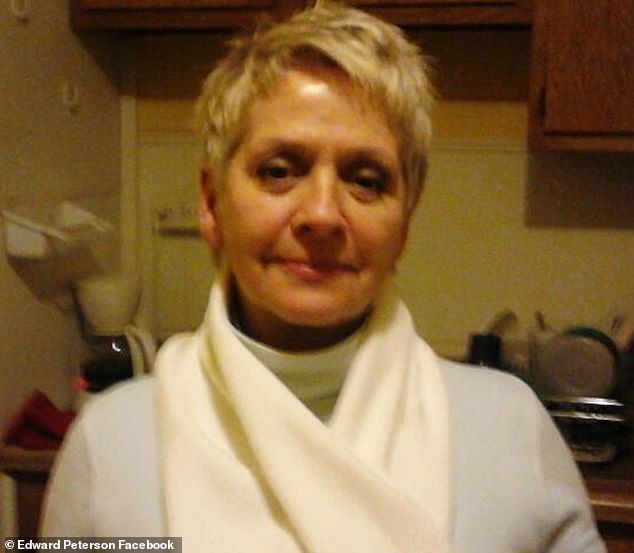 The 64-year-old formerly from Port Glasgow had only moved into the apartment two weeks earlier, friends said

She moved into the apartment following a recent break-up with her American husband, who she married four years ago, it was reported.

Detectives in Alabama are investigating the shooting as Ms Sutherland got out of her car at around 10.15pm on Saturday.

Officers were called after witnesses heard a woman screaming in a car park and found Ms Sutherland lying on the ground there.

Police continue to attempt to establish a motive behind the cold-blooded killing.

Ms Sutherland, who was originally from Port Glasgow, had moved into her apartment only two weeks before her death, according to reports in America.

Witnesses were said to have heard shouting and gunfire in Southside area of the city. 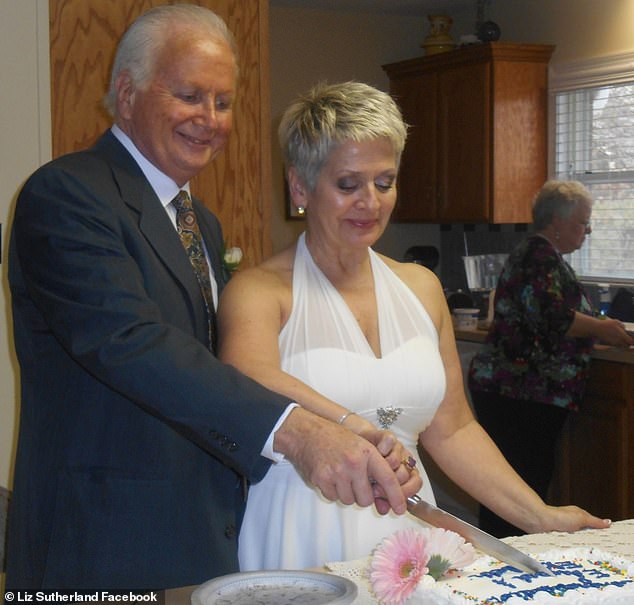 Ms Sutherland had recently separated from husband Edward Peterson, who she married in 2014 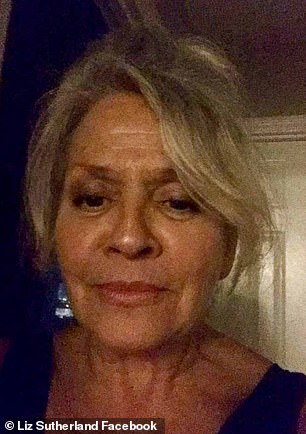 Friends and family paid tribute to a ‘loving soul’ who brought ‘infectious joy’ to the room.

Friends and family paid tribute to a ‘loving soul’ who brought ‘infectious joy’ to the room.

Writing on Facebook, Ms Sutherland’s older sister Morag Sutherland Donlevy, said: ‘I read and re-read all the lovely condolences for Elizabeth and I cannot fathom the entire thing.

‘My mind wanders to an image that I do not want to see.

‘We believe in the hereafter and I know for sure my sister did.

‘So, in that respect she is safe in the arms of the angels. For me, I am a blank right now.’

Ms Sutherland had recently separated from husband Edward Peterson, who she married in 2014.

Friends said she worked at Children’s of Alabama and was studying for a degree in social work.

Mrs Donlevy, 73, described it as a ‘tragedy’ and said the killer was ‘a maniac’.

Posting a childhood snap online when the sisters were aged 19 and 10, she wrote: ‘Back in the day I took her everywhere with me. I shopped for her, slept with her and listened to her wee tales.

‘She loved to dress-up. She would take mammy’s lace curtains off the window to play bride. 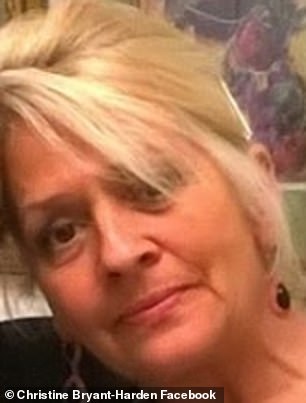 ‘She could put her hands to anything – knit, sew, crafts, make draperies, blinds and even cook.

‘That is the life this maniac destroyed.

‘I hold tightly to the fact that she is the winner in the end as she is finished with this cruel world.

‘Her soul lives on. Rest in Peace wee sis.’

Friend Allison Phillips said she was devastated at lost a ‘beautiful friend, full of life’.

She added: ‘Our hearts are absolutely broken beyond belief. She loved everyone and was always willing to help anyone.

‘I am still in shock that i wont see her on Christmas.’

A spokesman for Birmingham Police Department said in a statement: ‘No suspects are in custody. Investigators delayed the release of information on this investigation to pursue possible leads that were developing.

‘Additional information will be released as it becomes available.’