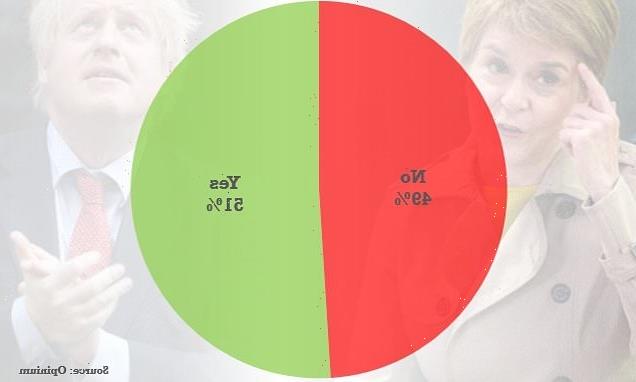 Scotland is split down the middle on independence, but less than a third of the public backs Nicola Sturgeon’s push for a referendum by 2023.

The deep divisions were laid bare in the latest poll on whether Scots want to break up the UK.

The Opinium research for Sky News found 51 per cent would vote for independence, excluding undecideds.

But just 31 per cent of those surveyed said they believed there should be another referendum in the next two years – the timeline set out by the SNP and the Greens.

The same proportion said there should not be another ballot at all. 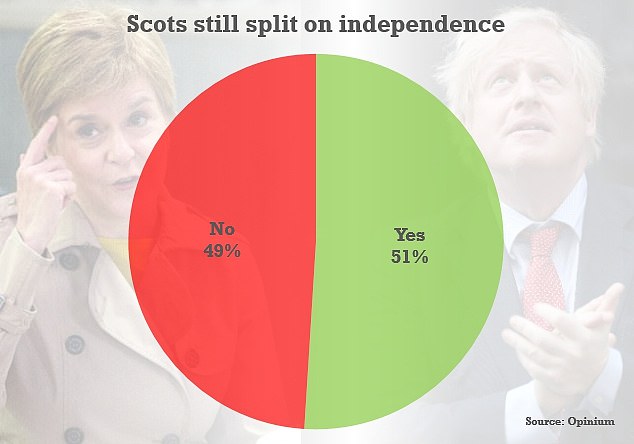 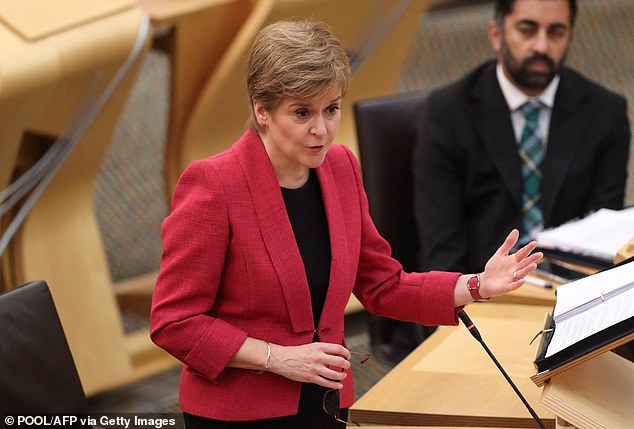 The latest survey bucks the recent trend of leads for the unionist side of the argument – although separatist sentiment is still down dramatically from the height of the Covid crisis.

Earlier this week Ms Sturgeon laid down the gauntlet to Boris Johnson saying the ‘democratic mandate’ for a re-run of the 2014 ballot is ‘beyond question’ after the party surged to victory in May’s Holyrood elections.

The Scottish First Minister announced that Holyrood officials will now resume planning for what an independent Scotland could look like.

A formal independence referendum will only be able to take place if Mr Johnson gives it the greenlight.

The SNP also saw a four-point increase in the number of people saying they would vote for the party at the next Westminster election, rising to 51 per cent.

Opinium senior research manager Chris Curtis said: ‘While there may not be a burning appetite for another referendum on Scottish independence, the data shows why the nationalists would stand a better chance of winning second time around.’ 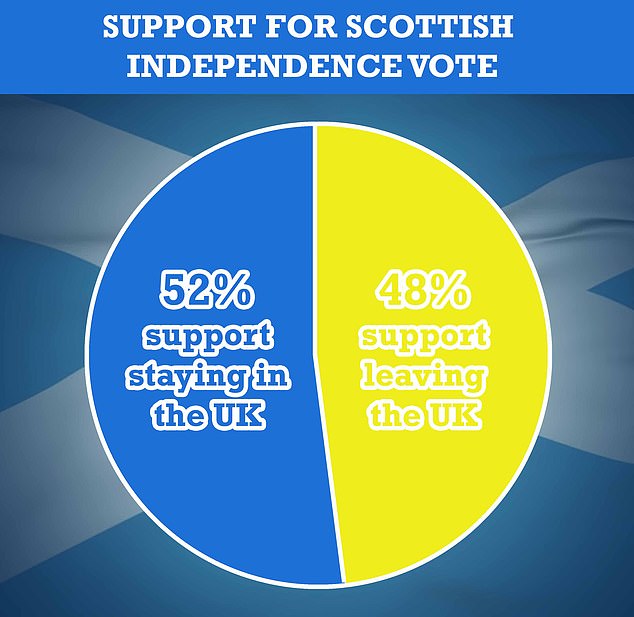