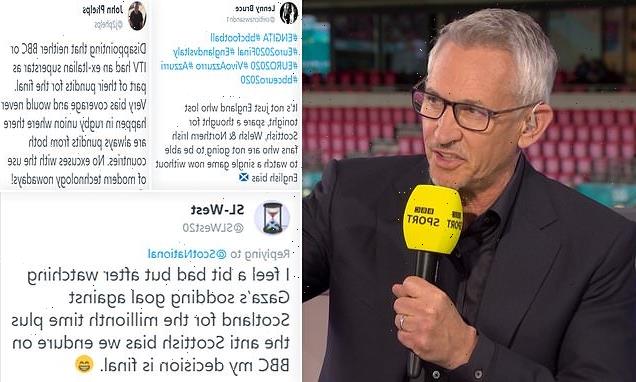 Scottish and Welsh fans have logged more than 100 complaints to the BBC, claiming their coverage of the Euro 2020 final was biased in favour of the England team.

The corporation said they had been contacted by 133 viewers who were unhappy about pro-English comments during the match against Italy at Wembley on July 11.

The coverage on BBC One received complaints about ‘bias in favour of England’ and ‘inappropriate or offensive commentary/analysis’.

Previously, the Corporation received similar complaints throughout the tournament that presenters spent ‘too much time talking about the England team’.

The broadcast of the final was the second most complained about item across the BBC television and radio channels so far this month. 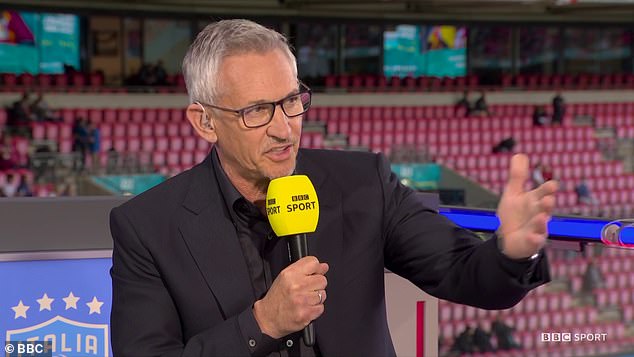 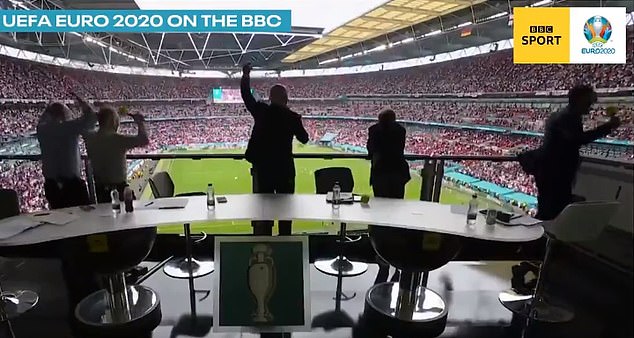 BBC commentators pictured reacting to one of England’s goals against Germany on June 29. The corporation said it has been contacted by a number of viewers who were unhappy about comments favouring the England team

Taking to Twitter to vent, social media users claimed the national broadcaster’s coverage was slanted in favour of the Three Lions.

One wrote: ‘Most Scots would back England, if not for the incessant referrals to 1966 and Gazza’s goal in 96.

‘As national broadcasters, they have all went OTT, and I for one can’t wait till they are brought back down to earth.’

Another posted immediately after England’s defeat on penalties: ‘It’s not England who lost tonight.

‘Spare a thought for Scottish, Welsh and Northern Irish fans who are not going to be able to watch a single game now without English bias.’ 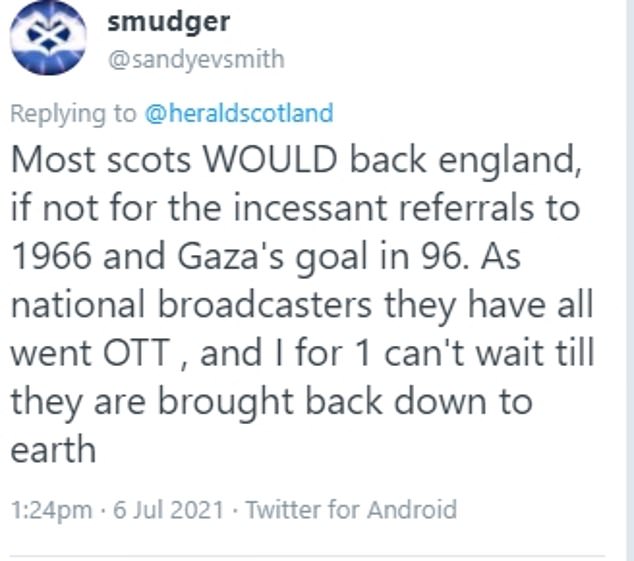 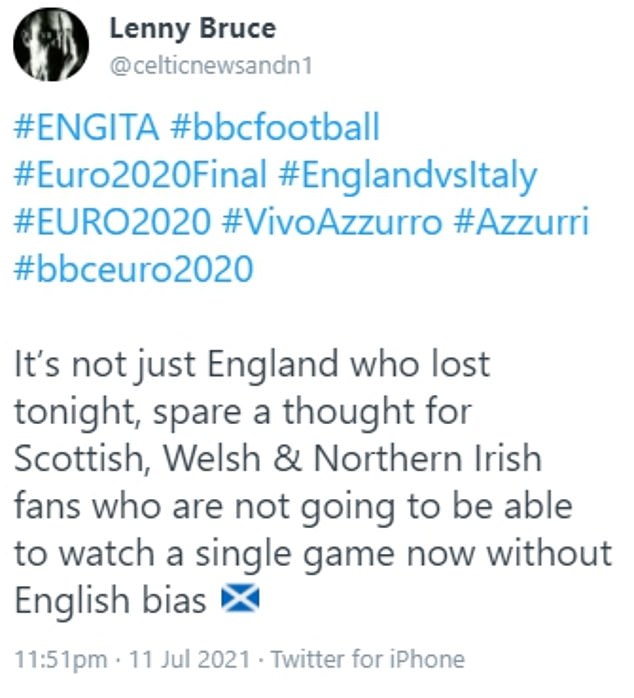 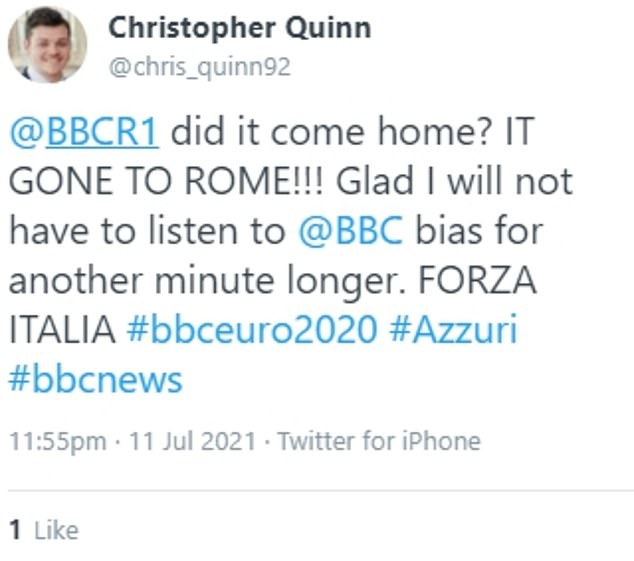 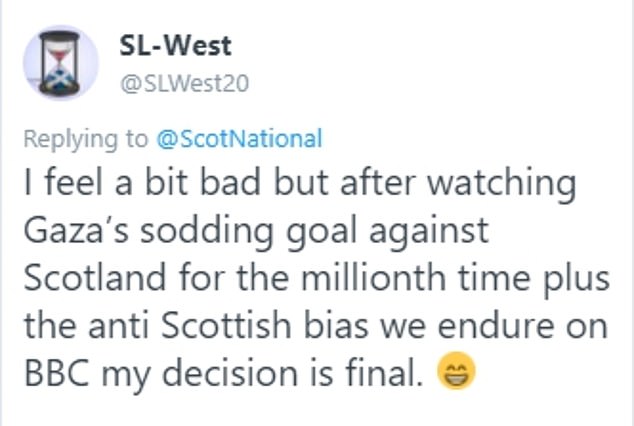 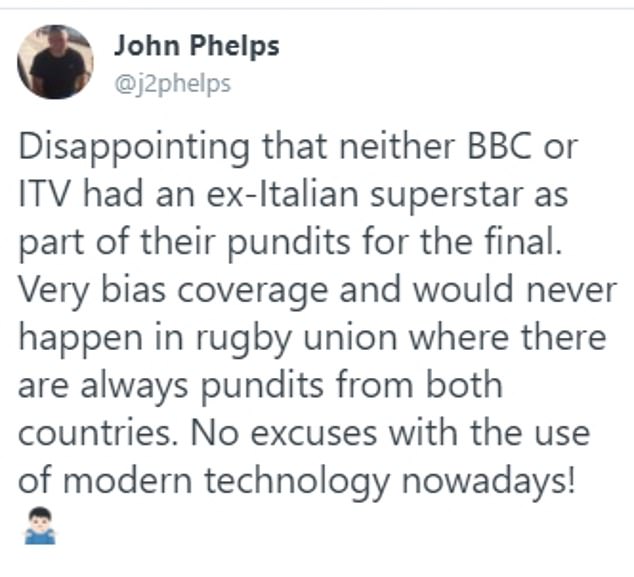 Reacting to the BBC’s ‘terrible’ coverage this summer, Twitter users moaned that the Corporation’s coverage was too biased towards England

The BBC hit out at criticism by pointing out its football broadcasts had also featured pundits from other home nations including ex-Scotland player James McFadden and former women’s team manager Shelley Kerr.

‘We are proud of the expertise and experience that our team are bringing to football fans across the UK, and don’t agree that our line-up shows any bias towards any one team.’ 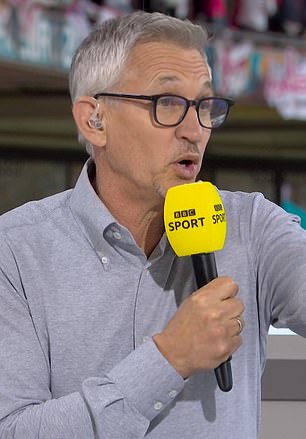 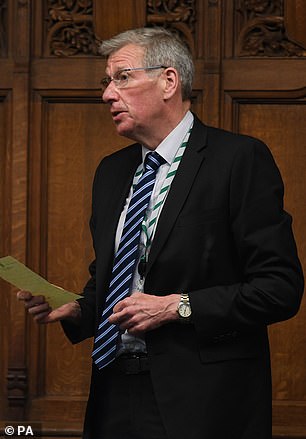 Gary Lineker (left during the England v Germany match) has fronted coverage of the games alongside former England players Alan Shearer and Rio Ferdinand. Last month MP Kenny MacAskill (right) called for the Scottish Parliament to be given more power over the running of the BBC and referred to pro-English bias in its football coverage

It comes after Alba Party MP Kenny MacAskill called for the Scottish Parliament to be given more power over the running of the BBC and referred to pro-English bias in its football coverage.

Mr MacAskill said: ‘Scots are scunnered with Euro commentators’ endless mentioning of the glories of ’66 and Gazza’s goal. The need to see the world through a Scottish lens is clear.’

The Beeb also said they had received some complaints about their choice of commentators, presenters and pundits for the tournament.

They added: ‘We appreciate that not everyone will enjoy every one of our presenters, pundits, or commentators, but we are proud of the range of talent and expertise our Euros 2020 team bring to our coverage.’

Last month Scottish MP Kenny MacAskill called for the Scottish Parliament to be given more power over the running of the BBC amid complaints about pro-English bias in their football coverage.

The most complained about programme on the BBC this month has been their coverage of British tennis player Emma Raducanu’s retirement from her fourth round match at Wimbledon with breathing difficulties.

They received 252 complaints after pundit John McEnroe suggested the 18-year-old had been forced to retire because the pressure had been ‘a little bit too much’ for her.

A BBC spokesperson said: ‘John McEnroe offered his personal view on the pressures that tennis players face, based on both his own experience and those of current players. He was sympathetic to Emma’s situation.’