Luca Campanaro, who played in goal for Bedgrove Dynamos FC, was injured in a "freak accident" during an away match in Hillingdon, west London, on Sunday. 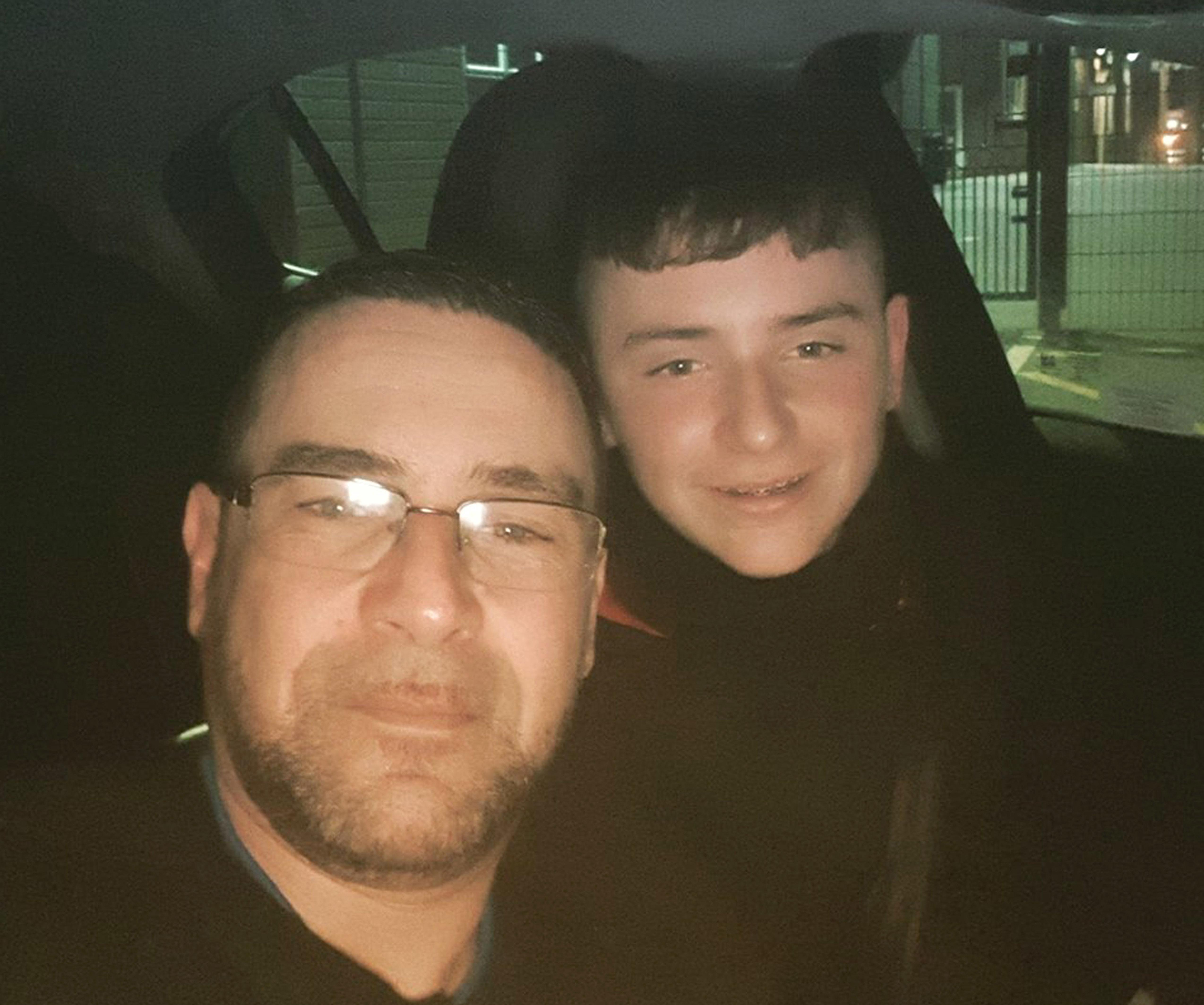 Luca's mum, dad and granddad were watching from the sidelines.

He was airlifted to Royal London Hospital where he died on Monday.

Americo Campanaro, 41, Luca's dad, from Aylesbury, said: "I feel like my heart has been ripped out.

"He was a big lad, a big unit, that's why he was a goalkeeper, with a big heart to match. A gentle giant.

“What happened on Sunday was a freak accident, but he went doing what he loved."

He posted a picture of himself with Luca on Facebook, saying: "My son, my life, my angel, fly high my boy".

Luca's mum, Joanne Campanaro, 40, said: "I want the world to know how amazing he was." 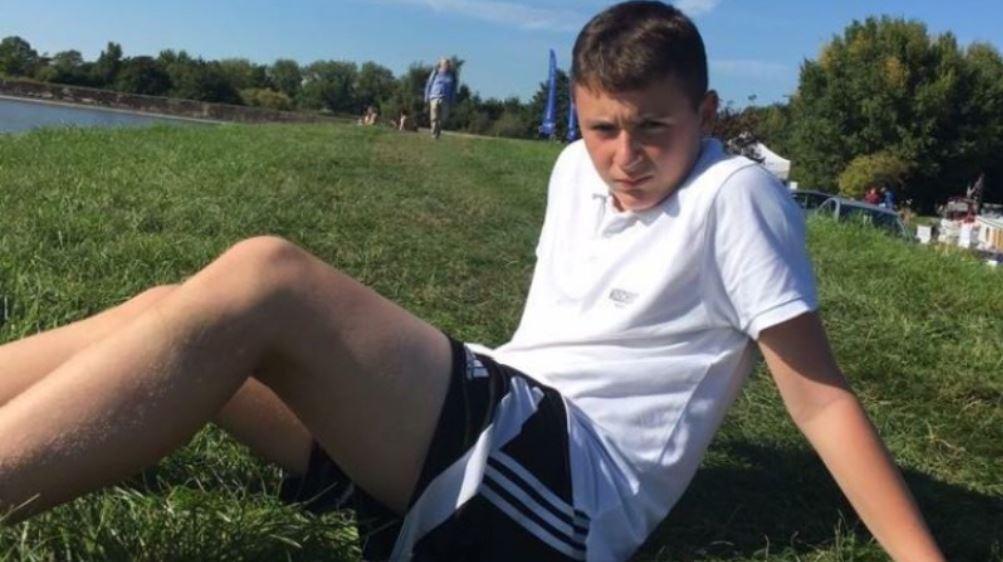 The schoolboy's 70-year-old granddad Gerard Conroy, a former RAF nurse, ran onto the pitch after Luca was knocked unconscious following a collision with the opposition forward in the second half of the match.

Gerard said: "The forward came down the right wing and the defenders were moving back. Luca had this habit of running out to kick the ball. He always advanced.

"He had done it earlier in the match and put the opposing forward off. He ran out to the edge of his box. He could not dive for the ball because he was never going to get it.

"Because it was raining the day before he almost slid alone and put his foot there. The forward saw him coming and tried to jump over him.

"Luca was slightly up and keeping his eye on the forward. As the guy tried to jump I don't know which part of his body hit Luca. It was a genuine accident. Luca was brave, but too fearless."

He added: "For a family trauma it was a complete nightmare. I said to my daughter to go away. This is the last thing you want to see as a mother.

"It is bad enough seeing it as a grandfather. She went to the other side of the field.

"I am an ex-RAF nurse and attended him until the paramedics got there. I feel sorry for all the boys playing on that pitch who had to witness it. He has 14 brothers in his teammates who are all distraught."

Gerard's wife and Luca's gran, Margaret, 69, said: "It was a freak accident. You have got to feel for that young lad from the other team."

Ray Green, secretary for opposition Harefield United FC, said: "It was just a collision between the two boys.

"From what people were saying it was the awkwardness of how he fell that was it." 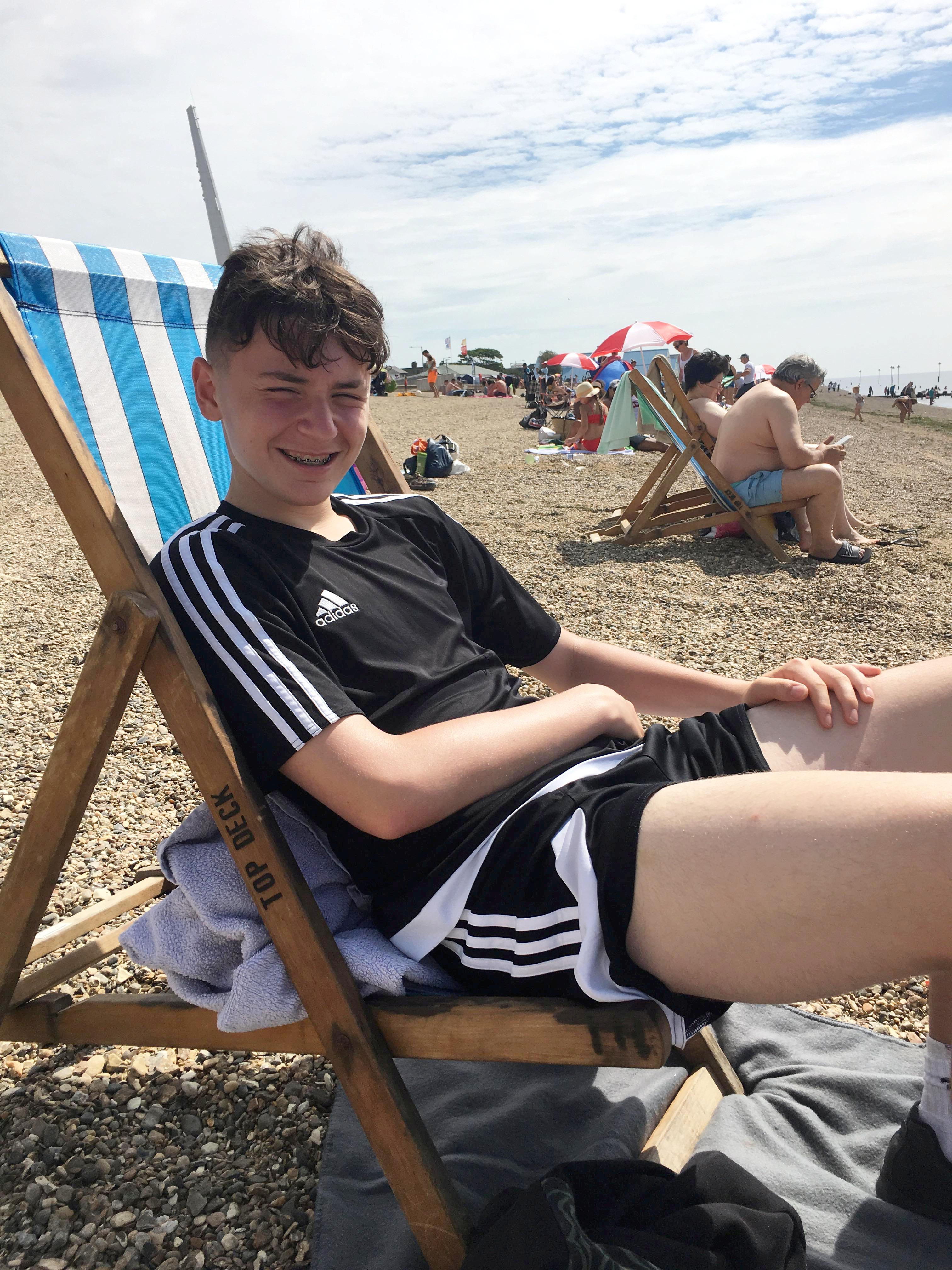 Luca's stepdad, Adam Keedle, described him as a "amazing young man and real loss to the world" saying he could not offer "enough" praise to the medical staff who treated him at the scene and in hospital.

Family friend Dave Garricks has set up a JustGiving page to raise funds for the family. It currently stands at more than £13,000.

He described The Mandeville School pupil as a dedicated footballer who loved the game and was an avid Tottenham Hotspur fan.

Luca had a younger brother, Santino, who is 12.

His gran Susan Campanaro, 66, said: “I feel sorry for the boy who did it to him. It’s going to stay with him for the rest of his life too.

“His little brother just idolised him. They did everything together he is really up and down.”

In a statement, his school said he had been studying for his GCSEs and a member of staff said he was "on course for achieving excellent results".

Andria Hanham, his school principal, added: "There are no words to describe how we feel in losing Luca from our school community. He was an extremely popular boy and well-liked by his peers and staff."

Mr Campanaro said his son's organs would be donated and that "four lives are going to be saved because of Luca".