The plastic tube joining a Sainsbury's store in Bude, Cornwall, with its car park became an unlikely hit when it topped the list of things to do on TripAdvisor in the seaside town. 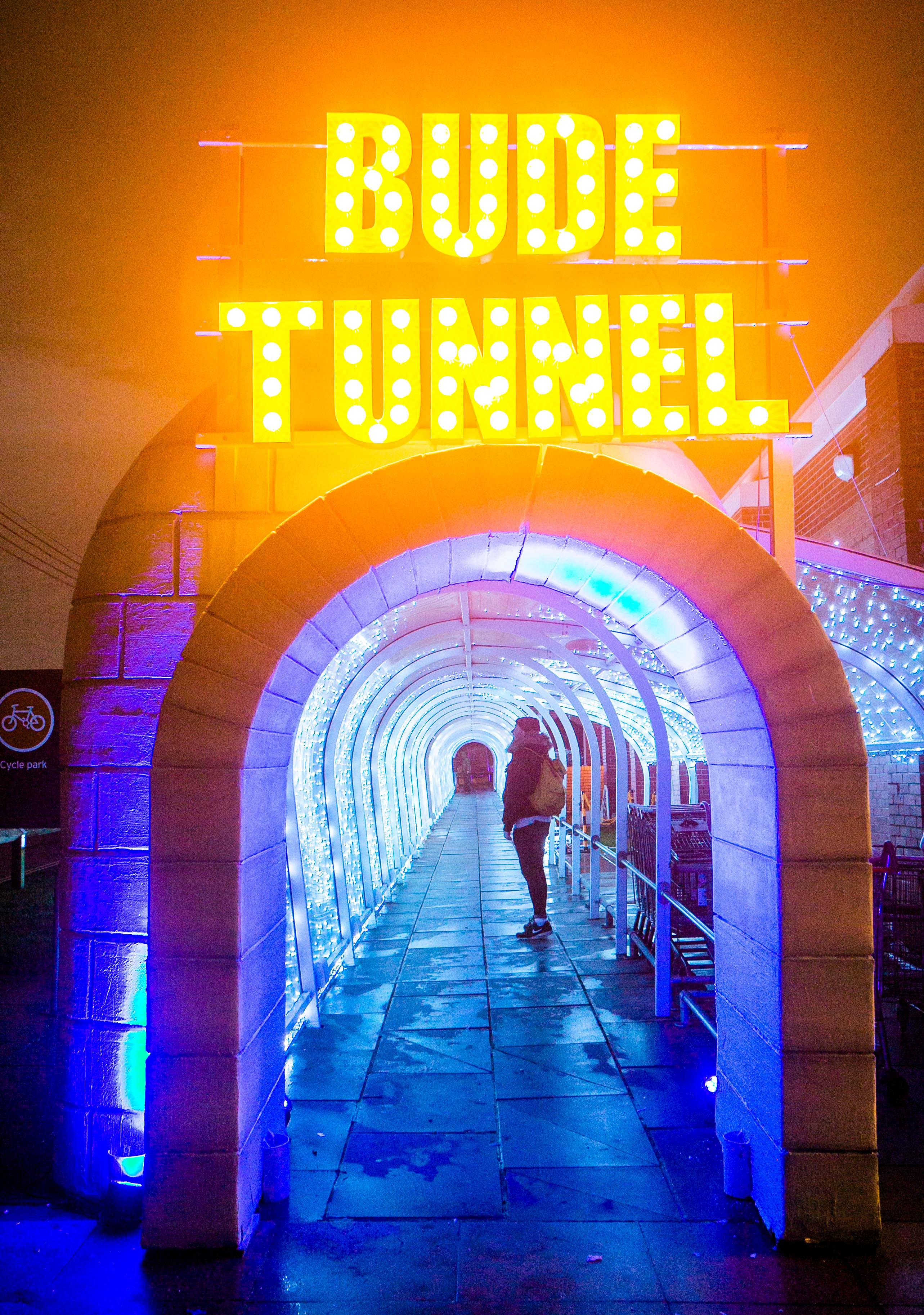 It's racked up hundreds of comments with the majority of tongue-in-cheek reviewers rating the 70m (230ft) car park tunnel as "excellent".

But now it's been turned into one of the longest light tunnels in Europe after decorators decked the plastic pipe in thousands of lights.

More than six-and-a-half miles of cabling have lit up the covered walkway, which locals came to see while being treated to complimentary mince pies and performances from local choirs and dance troupes.

The tunnel will now remain lit up during the shop's opening hours until Thursday 13 December. 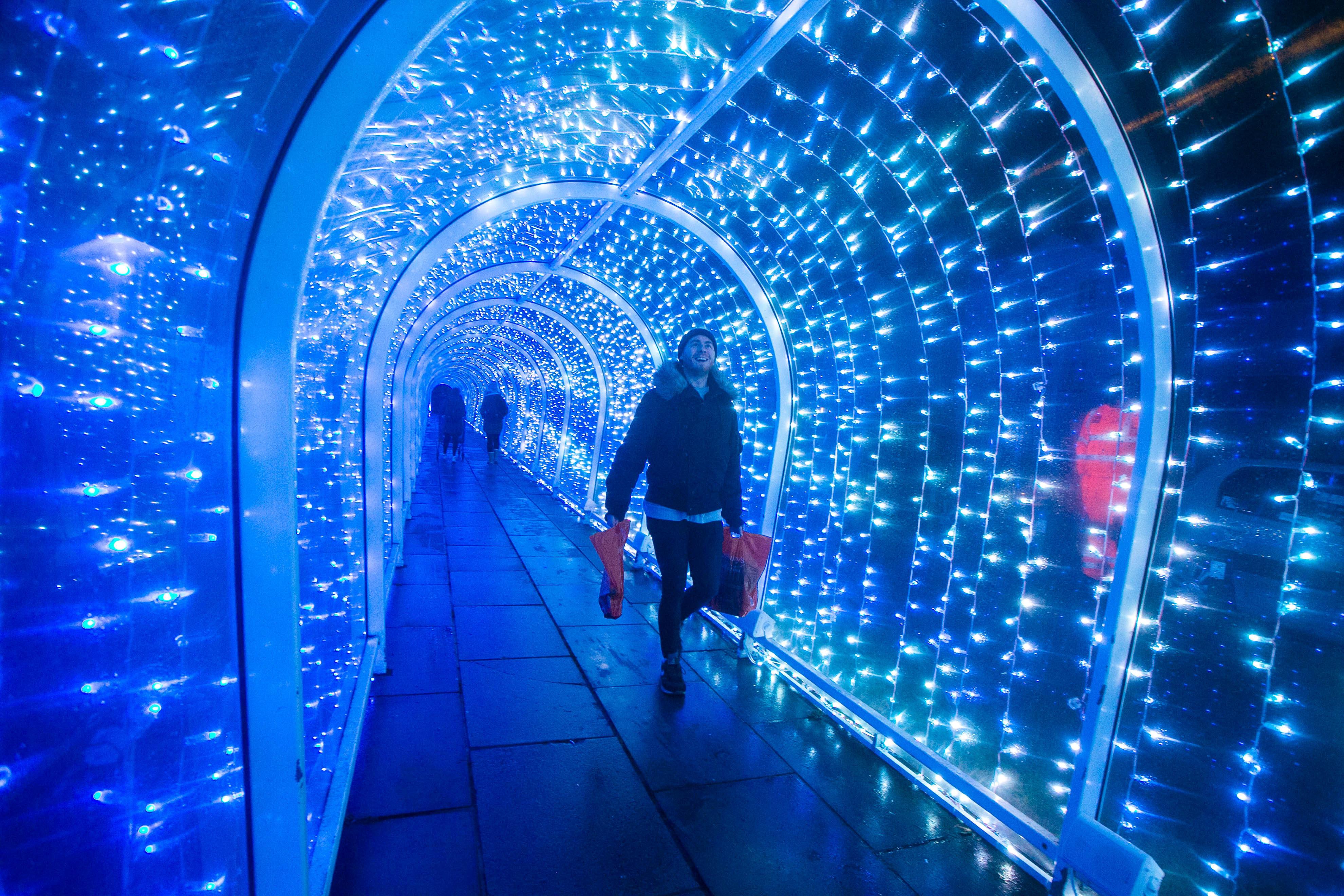 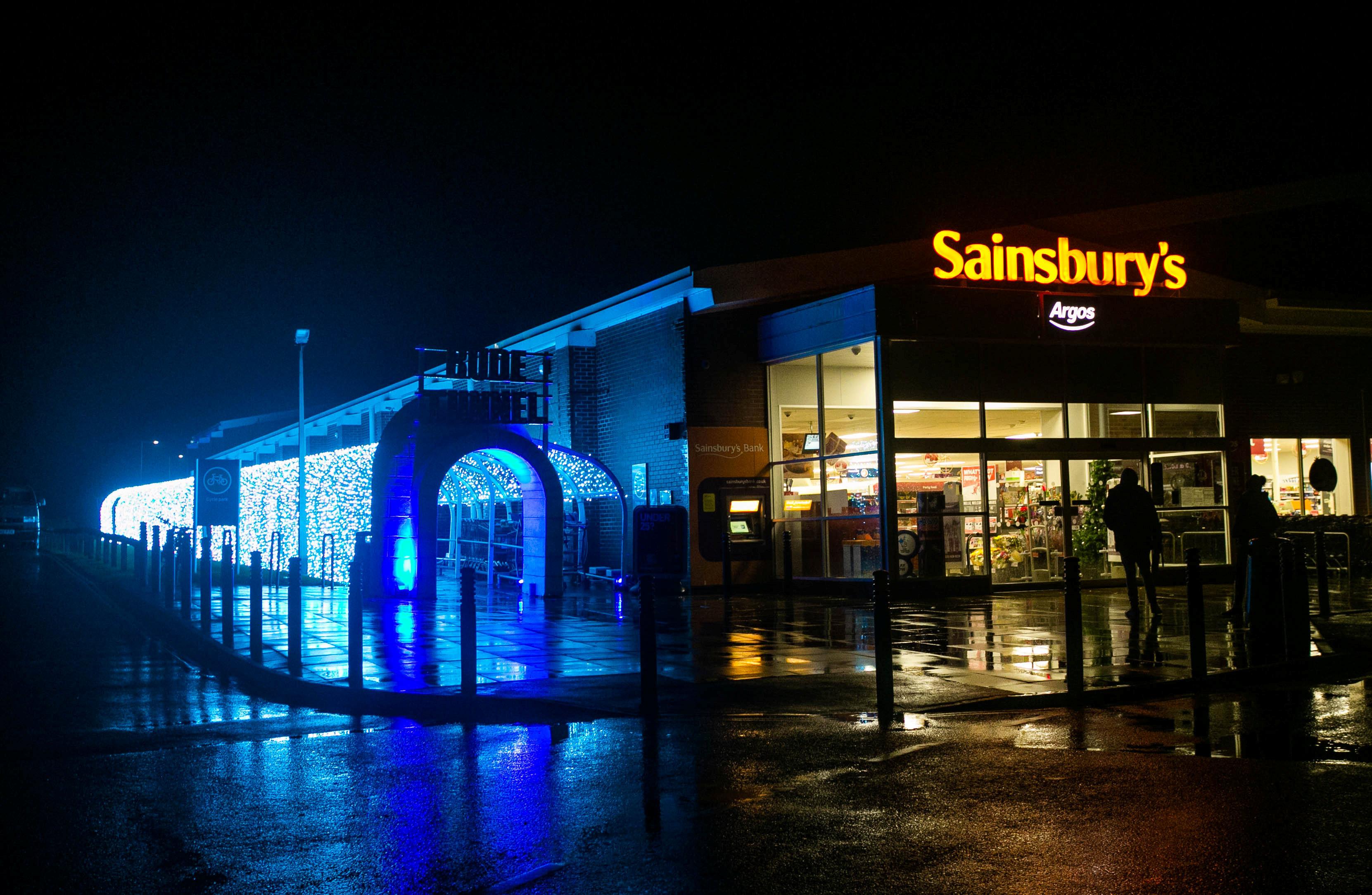 Trevor Plant, 54, helps with a campaign called "Light Up Bude" – which saw the tunnel illuminated with almost 30,000 pixels of light.

He said: "Light Up Bude came about around three years ago, as our town Christmas lights weren't great.

"We've run fundraising campaigns, and this year people have just donated what they want.

"I get people in my taxis asking to see the tunnel – I point it out as we go past, and some of them say 'What's that – that's just a Sainsbury's?' and I say 'No, that's Bude Tunnel!'" 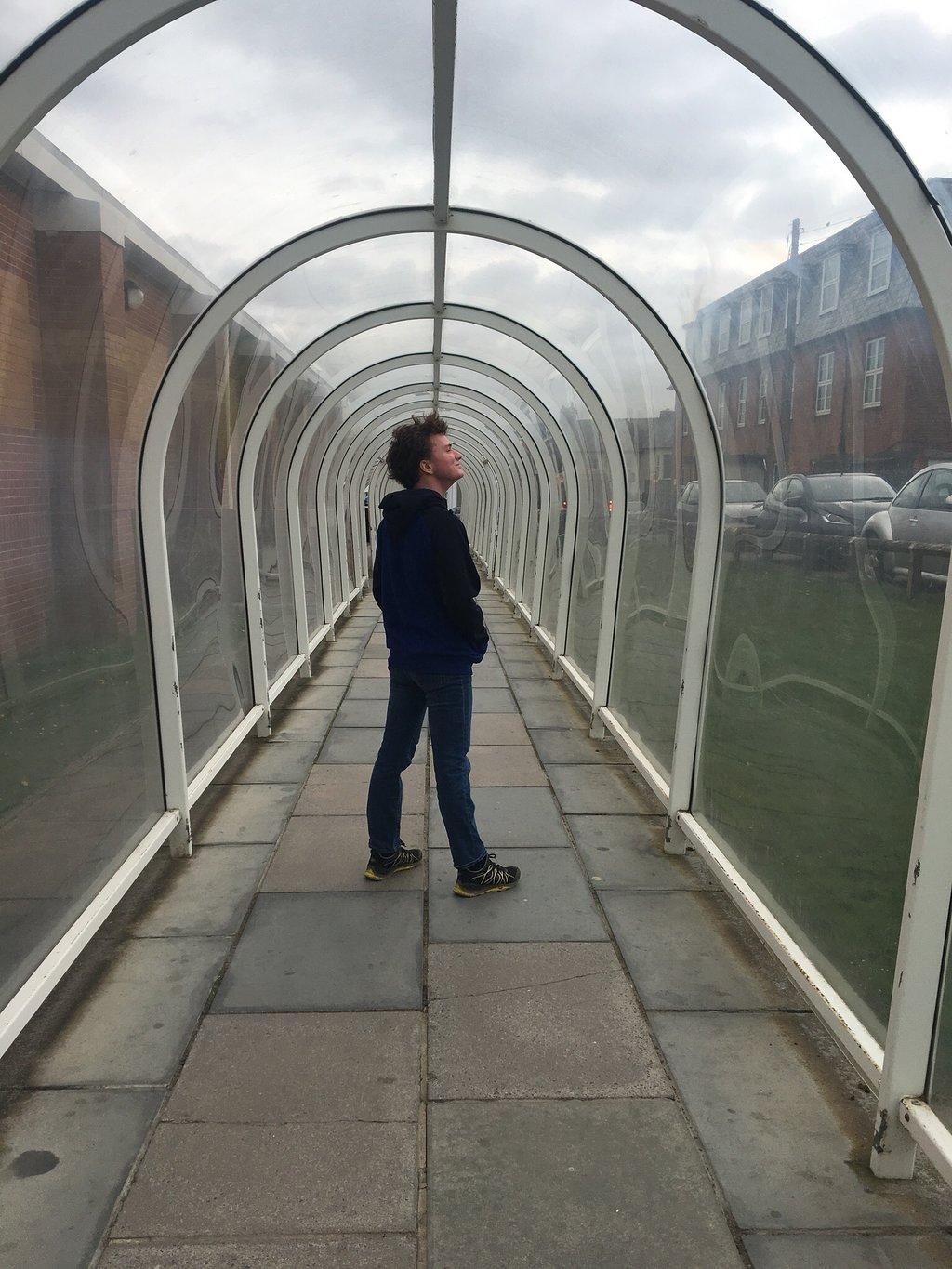 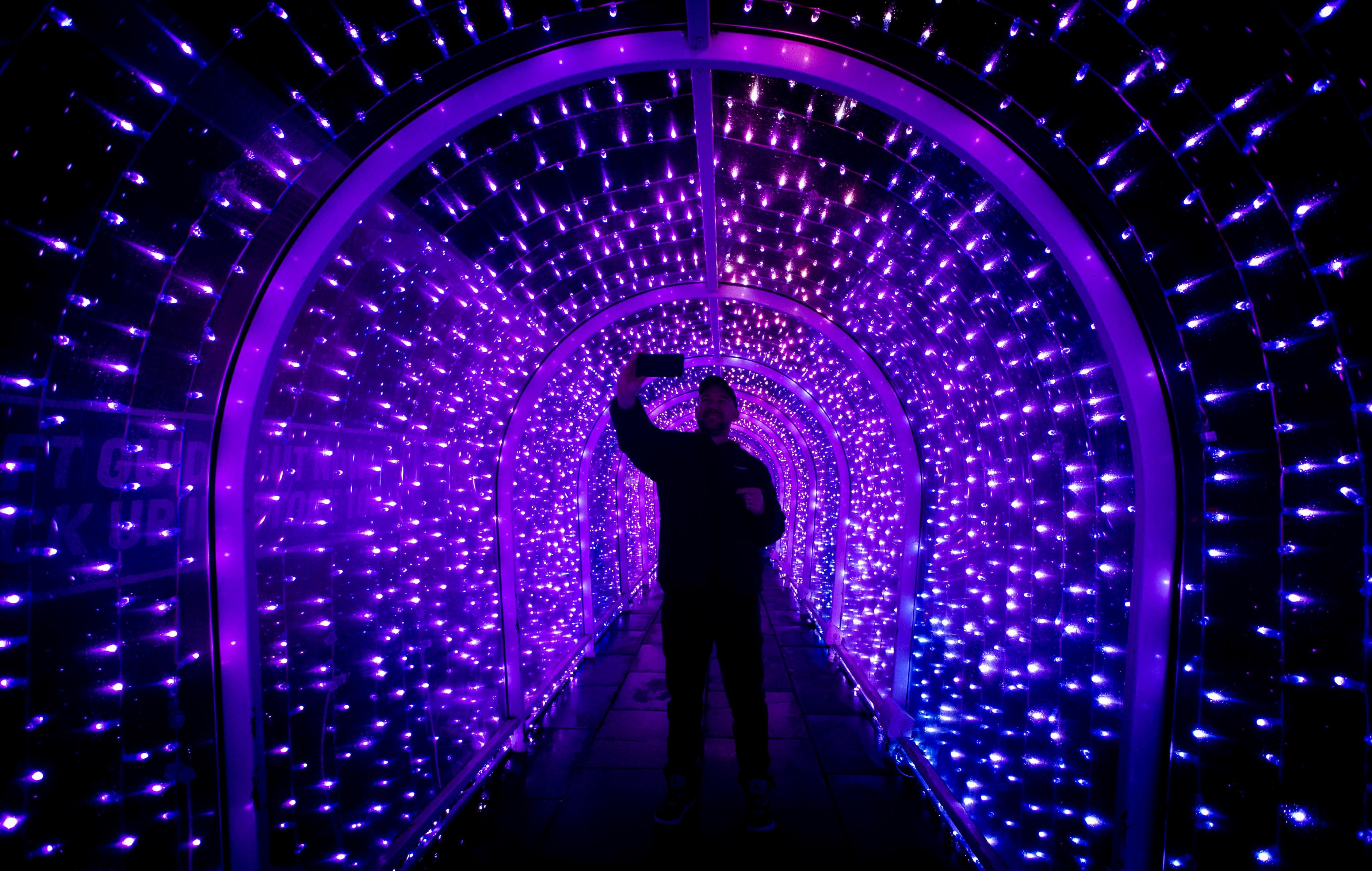 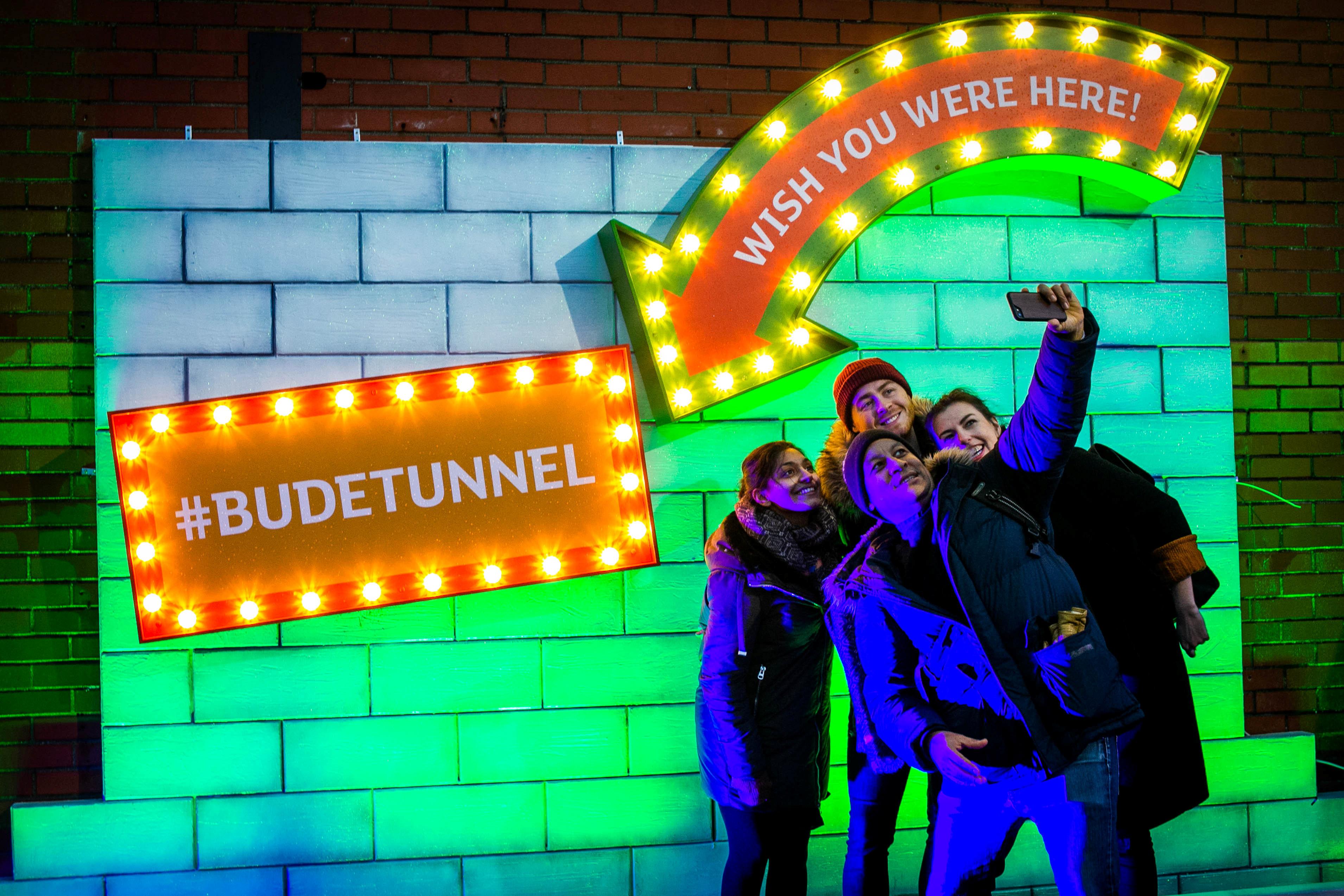 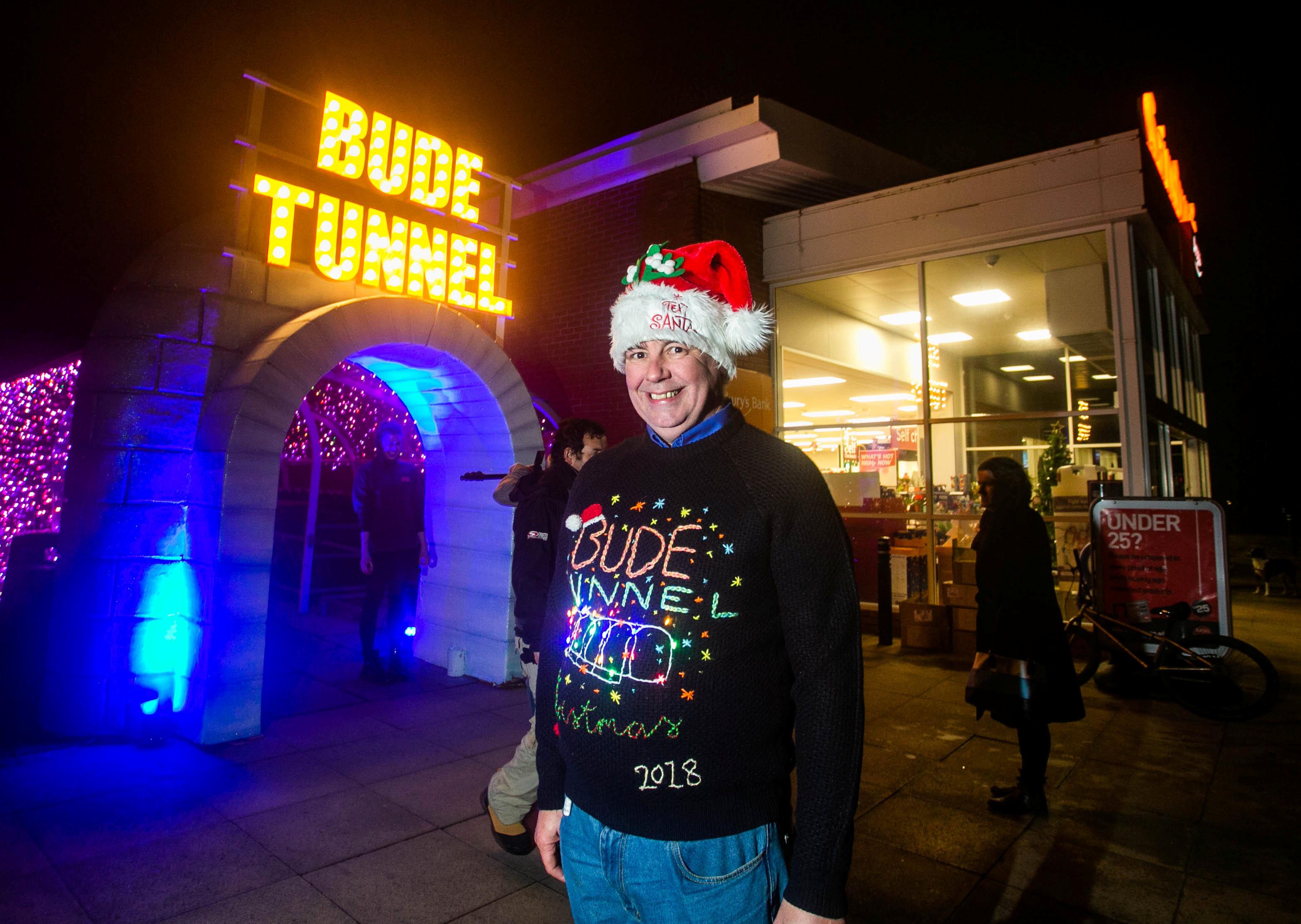 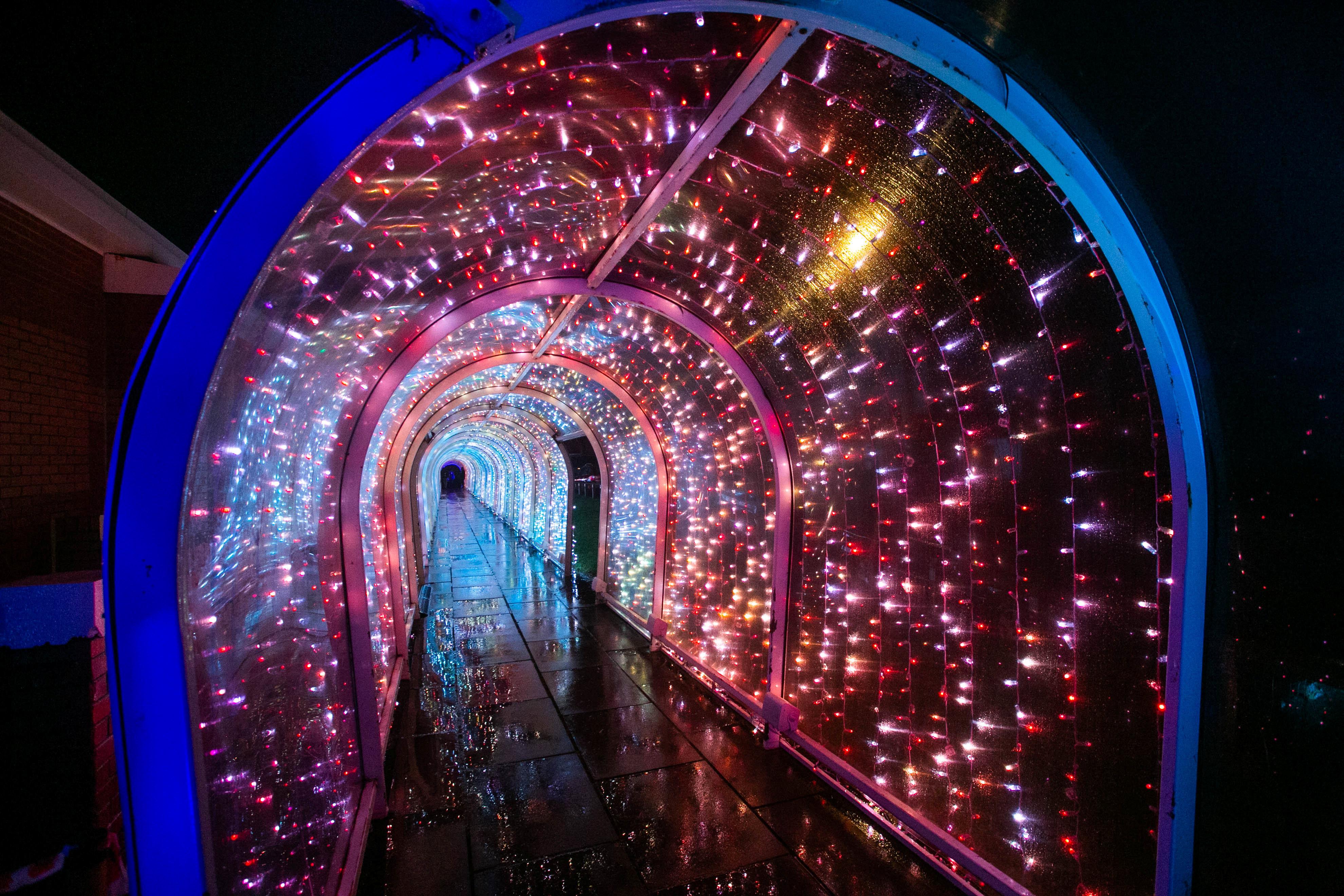 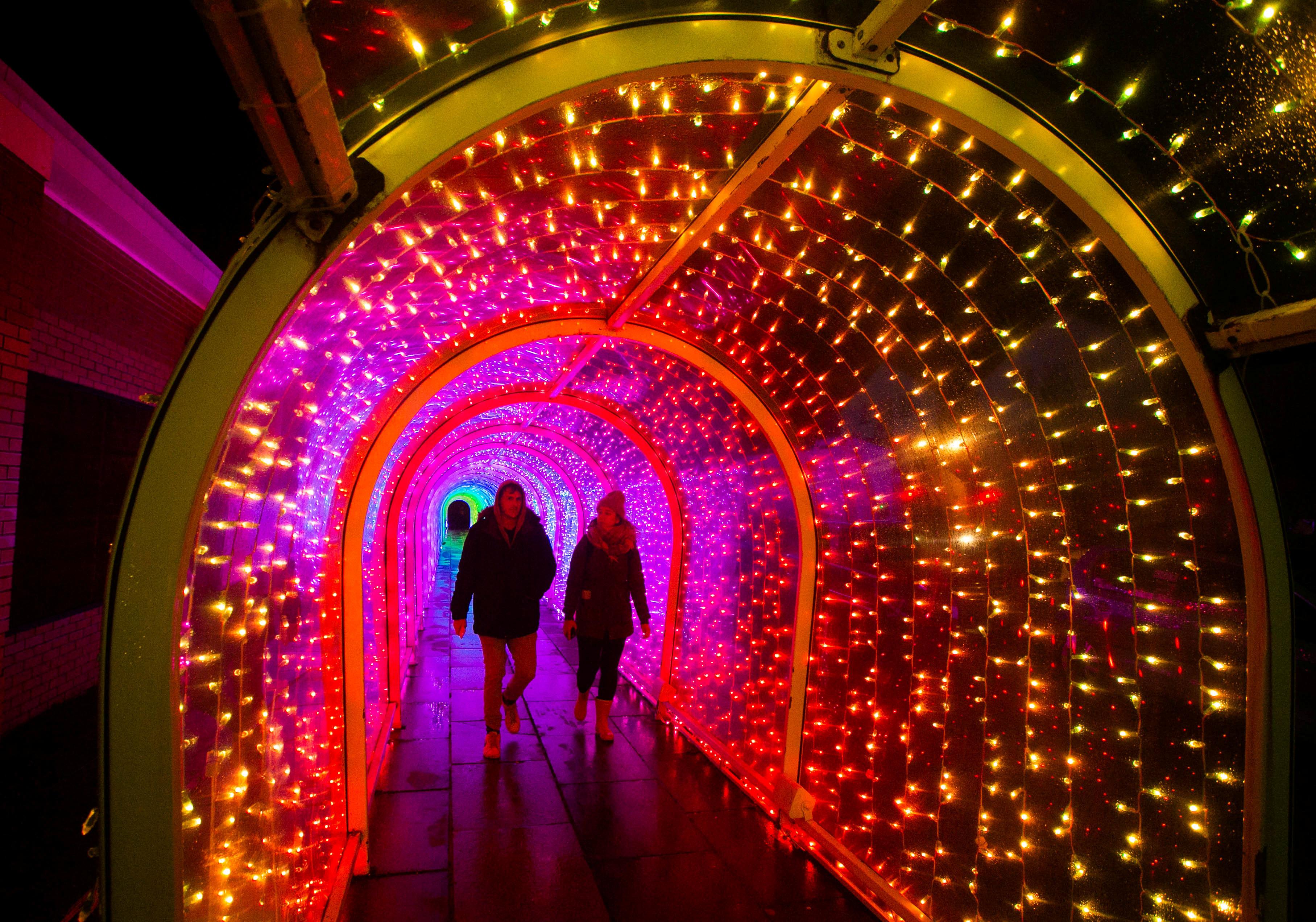 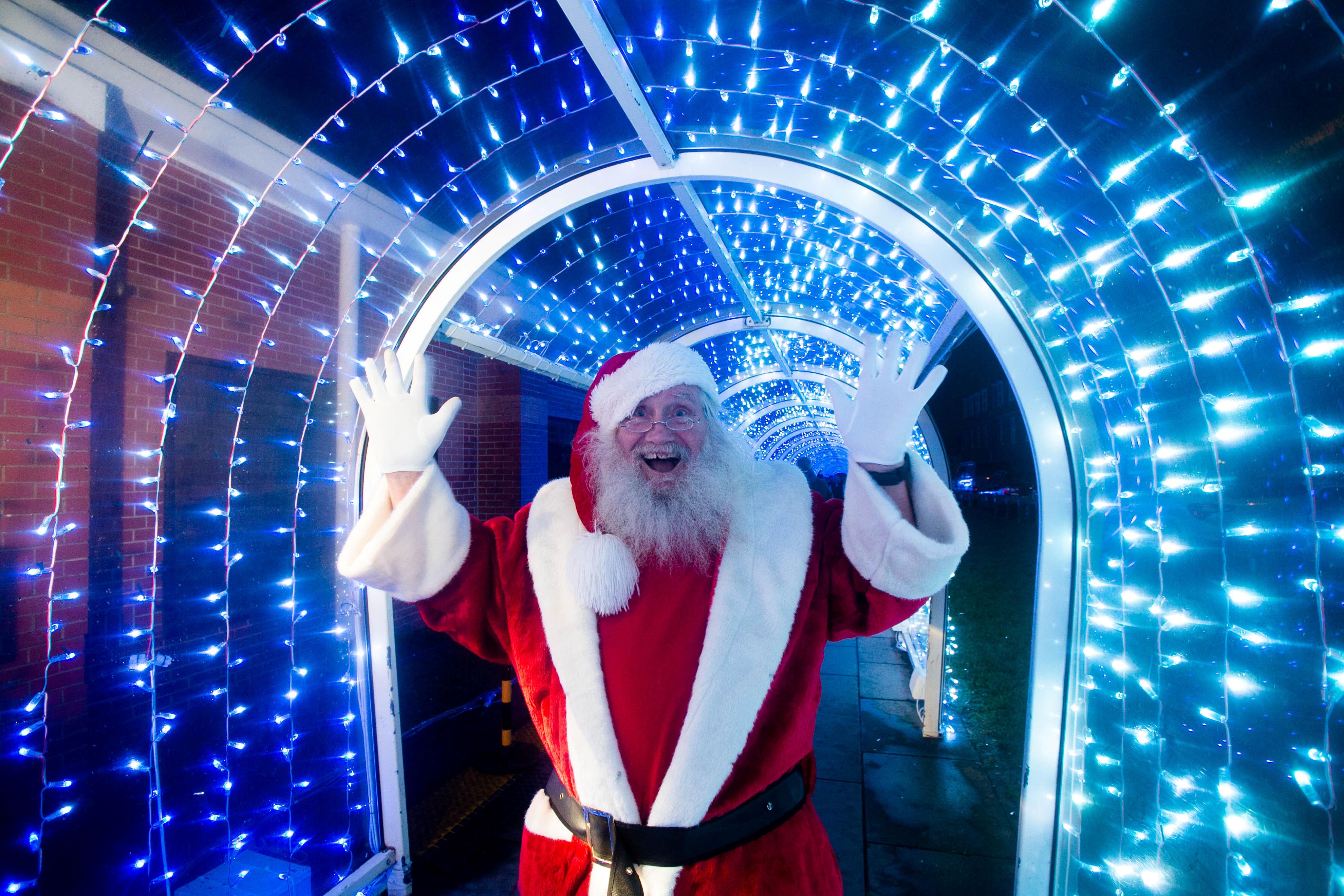 On TripAdvisor the tunnel is described as: "The only tunnel Bude has to offer is open to the public free of charge, walk from the Sainsbury's car park to Crooklets Road completely undercover, protected from the elements whilst maintaining your view to the spectacular surroundings of Bude."

The initial review was written by a mysterious internet commenter known only as 'Barry Barnett', and was posted in late 2017.

'Barry', who wishes to remain anonymous, was at the festivities undercover, saying: "The tunnel is something I have long admired, it's oddly charming.

"It has a fantastic perspective of repeating arches along its length, it's curious as it doesn't really need to exist yet it does – this is part of its charm and the reason I decided to list it on TripAdvisor.

"The lights that have been installed look amazing, they really accentuate the structure of the tunnel.

"It's great that this has happened alongside Light Up Bude, hopefully it will bring even more people to visit and be a good thing for the local community to enjoy."

And Bude Sainsbury's store manager Steve Gent added: "We've been overwhelmed with the positive response for the Bude Tunnel.

"We're delighted to be working with the community to give it all we've got and bring the people of Bude something magical this Christmas. It'll be a shopping trip they'll never forget."