The Mayor of London was spotted letting his hair down with revellers at the weekend after launching a scathing attack on Boris Johnson for using ‘homophobic language’.

Sadiq Khan let loose with his wife Saadiya as they sang and danced along with thousands of others at the British Summer Time Hyde Park festival.

The Mayor was animatedly singing along to warm-up act Lionel Richie who took to the stage ahead of Stevie Wonder on Saturday afternoon.

Earlier on Saturday Mr Khan had launched the capital’s Pride parade with an attack on the would-be prime minister Boris Johnson for using ‘homophobic language’.

As the Mayor partied the capital saw another weekend of bloodshed, with four murder probes in three days. 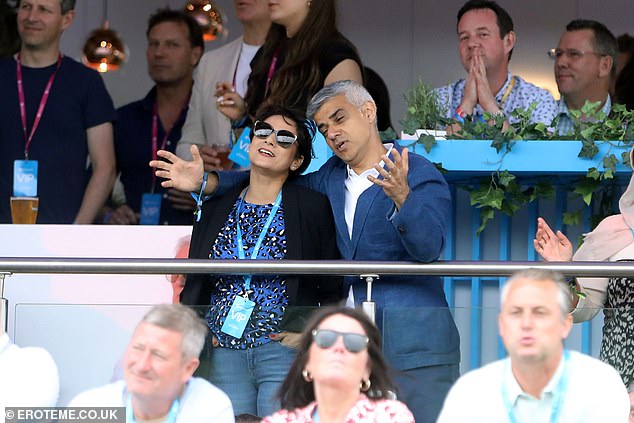 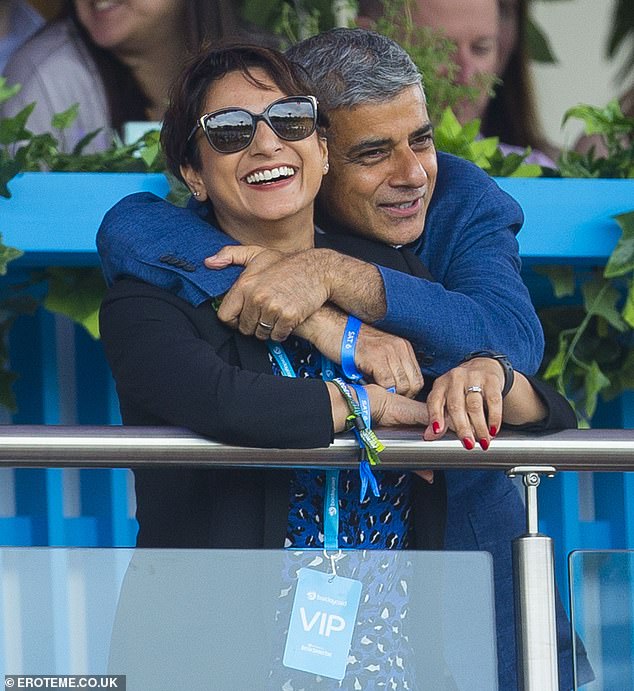 His show, called The Song Party, was supported by Lionel Richie – who warmed up the crowd – on the Great Oak Stage on Saturday.

After the festival, Mr Khan took to social media to tell his followers that tackling violent crime was  his ‘number one priority.’

He tweeted: ‘The Met Police, together with our City Hall-funded Violent Crime Taskforce, are working around the clock to keep us safe, patrolling violence hotspots and undertaking weapon sweeps across our city.’

But his remarks sparked a backlash from some, who labelled him the ‘selfie Mayor.’

A man in his 30s was gunned down in Harrow Road, Wembley, on Friday night and just 48 hours later, another man in his 20s was found dead in Wembley on Sunday night.

In Leyton, east London, a second fatal shooting of the weekend took place. 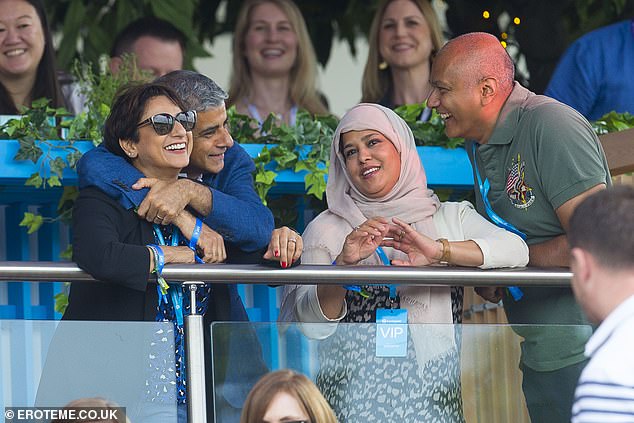 Police were called to the Phoenix snooker club in Lea Bridge Road just before 3am on Sunday after a man in his 20s was gunned down. Two men have been arrested on suspicion of murder over the incident.

On Saturday Mr Khan said Conservative Party leadership favourite Boris Johnson had used ‘the same sort of language’ as homophobes who have mistreated LGBT people, and called on him to ‘realise that language matters’.

Mr Johnson has been criticised for remarks including calling gay men ‘tank-topped bumboys’ in a 1998 Telegraph column unearthed by the Business Insider website.

He also attacked ‘Labour’s appalling agenda, encouraging the teaching of homosexuality in schools, and all the rest of it’ writing in The Spectator in 2000.