Chase Bishop, 30, dropped his gun when performing the move at a bar in Denver, USA last June. 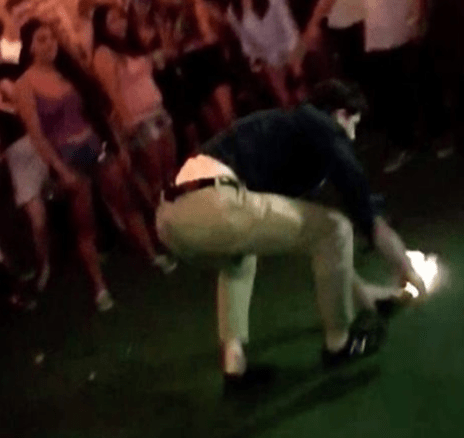 Shocking footage shows him reaching for the weapon – but mistakenly firing it into a crowd of onlookers.

His victim, Thomas Reddington, is still recovering from a severed artery in his lower leg, Mr Reddington's lawyer said yesterday.

Bishop was initially charged with with second-degree assault after turning himself in to cops. 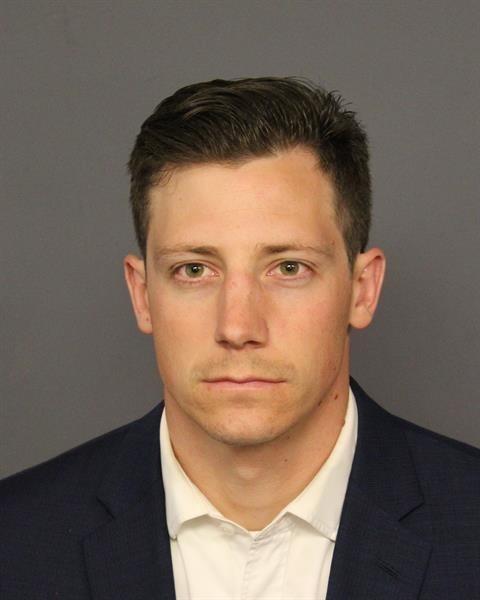 But on Friday he admitted third-degree assault and was sentenced to two years unsupervised probation.

District Attorney Beth McCann said: "We believe that this agreement strikes an appropriate balance of seeking justice for the victim and ensuring that this type of incident does not happen again".

Mr Reddington is said to be happy with the plea deal, his attorney Bill Marlin said.

He added: "His concern was about Bishop's conduct and his behaviour after the shooting.

And the victim said on Friday that he held "no personal grudge against Mr Bishop".

"I've done stupid things at bars to impress girls, too," Mr Reddington said, according to the Denver Post. 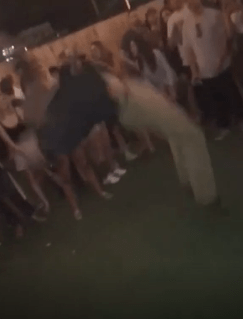 Bishop, who has since been sacked by the agency, told the court that his goal in life was to "care, protect and serve people".

He added: "I never expected the result of my actions to lead to something like this."

The FBI has so far refused to comment on the sentencing.

Mr Reddington has not committed to filing a lawsuit, but is "exploring civil remedies", Mr Marlin said.

Bishop, who was based in Washington DC, had been on holiday in the Denver city when he was filmed at the Mile High Spirits bar.

The agent was delighting a watching crowd with his dancing at the city’s Mile High Spirits bar when he attempted a backflip.

His firearm flew from his waistband and went off as he hastily scrambled to pick it up – causing drinker Tom Reddington to suffer a serious gunshot wound to the lower leg. 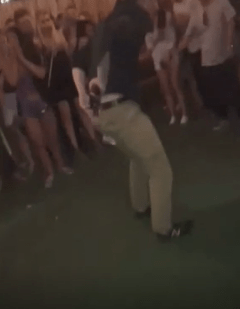 The 32-second video of the jaw-dropping incident went viral after being posted online, leading to Chase being identified as the suspect.

At the time of the footage emerging, Mr Reddington said that he and his friends were sitting at one of the tables when he heard “a loud bang” that he thought was a firecracker.

He said: “Then I looked at my leg and see some brown residue.

"All of a sudden, from the knee down my leg became completely red.

In a statement posted on Facebook two days after the incident, Mile High Spirits bar said one of its “innocent patrons was shot” because of the agent’s “misconduct.”

It said: “It is shocking that the only shooting to ever occur at our establishment came about as a result of an FBI agent entering our distillery tasting room carrying a loaded firearm without our knowledge, in violation of our rules.

“We are deeply saddened by the events that occurred and look forward to speaking with representatives of the FBI, so we can come to understand his presence and his need to be armed in our establishment.”

But it does not overrule owners of private properties, such as bars, clubs and amusement parks, to prohibit concealed weapons.