RUSSIA has staged a military show of strength by firing missiles off its warships near Japan after the new Tokyo prime minister claimed sovereignty over the disputed Kuril Islands.

The Kuril archipelago was grabbed by Stalin at the end of the Second World War – but Japan refuses to accept Moscow’s jurisdiction. 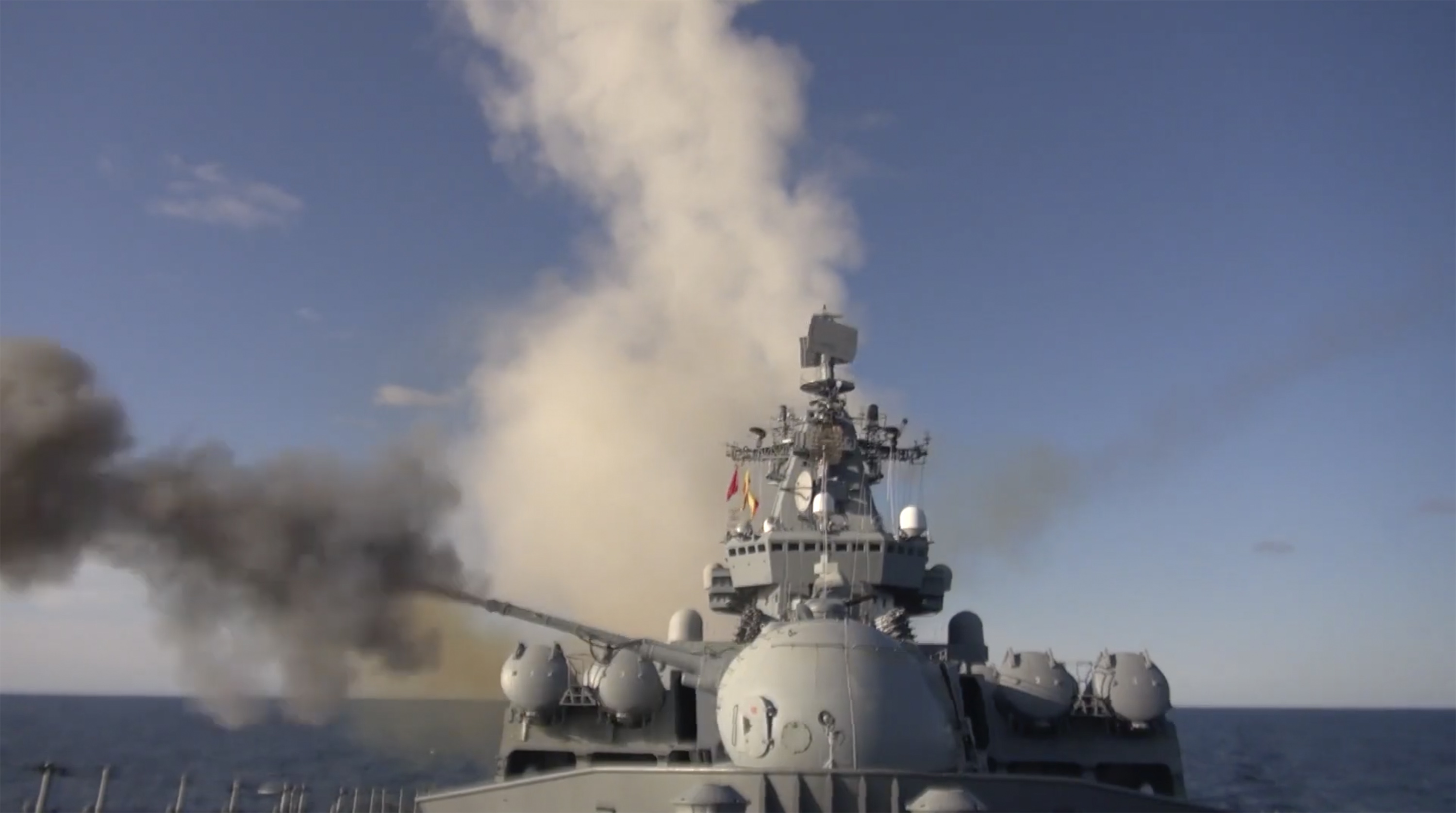 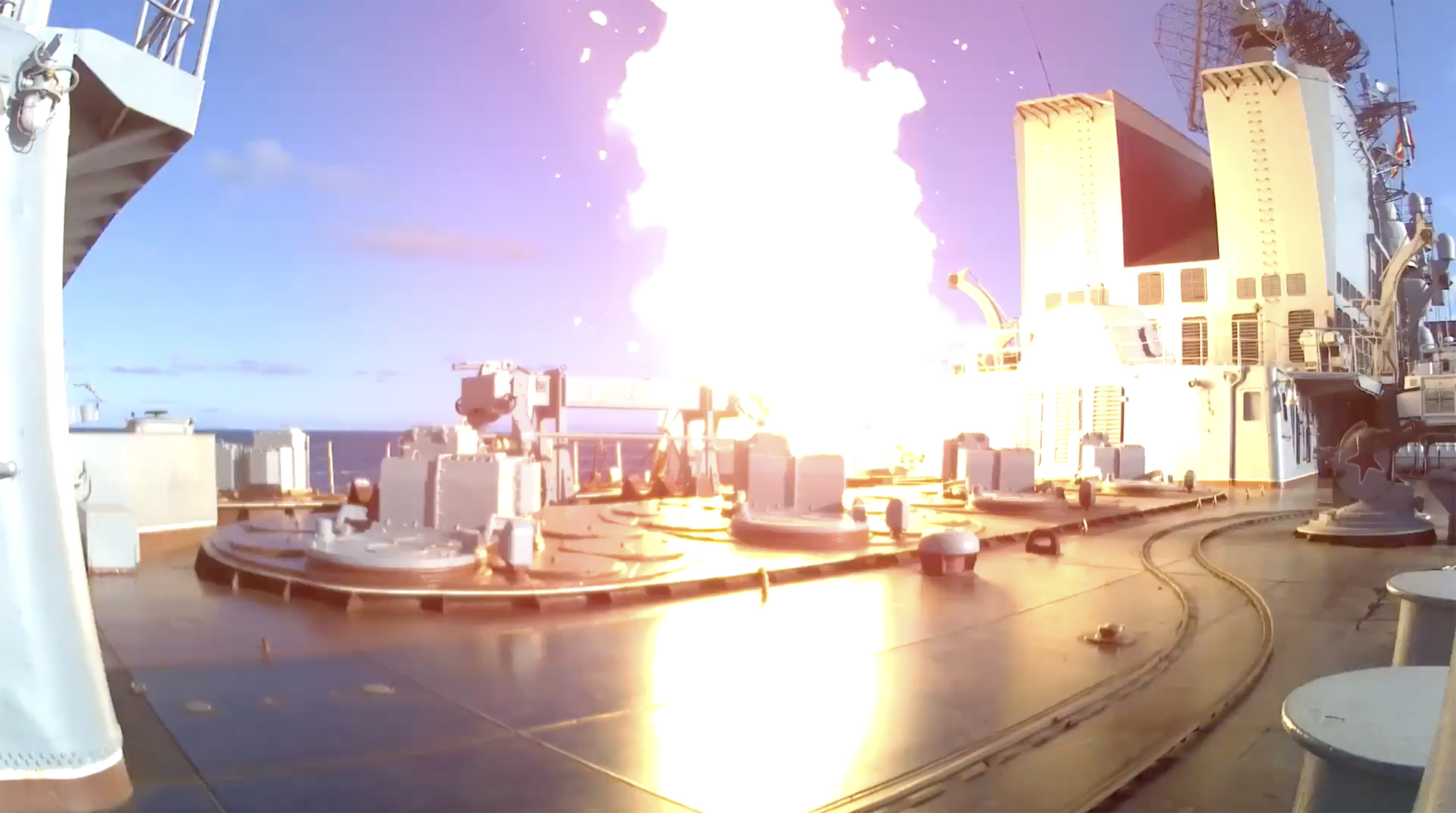 Referring to the southern Kurils by their Japanese name, new premier Fumio Kishida told parliament: "The sovereignty of our country extends to the Northern Territories.

“It is necessary to resolve the issue of territories, not leaving it to the next generations.”

Video has emerged of Russia’s Pacific Fleet highlighting its firepower in the Sea of Japan – a display seen by some as a “welcome message” for the new Tokyo leader.

They unleashed a battery from their Fort, Osa and Kinzhal missile systems at high speed aerial targets, reported the fleet’s press office.

"In total, 10 missile launches were carried out as part of practical actions,” said a spokesman.

A dozen warships and support vessels were involved in the drills.

"In the course of the missile firing exercise, air defence crews from the Varyag detected, locked and downed a cruise missile,” the source added.

“The Varyag and the Admiral Tributs destroyed the other targets, using Osa and Kinzhal air defence missile systems and artillery.”

The latest show of strength follows a Japanese diplomatic protest in June when Vladimir Putin ordered drills involving 10,000 troops, 500 military vehicles and 12 warships on the Kuril islands of Iturup, Kunashir, as well as on Russia’s largest island Sakhalin.

Officially Japan and Russia have still not signed a peace treaty ending the Second World War due to the territorial dispute.

Kishid, who assumed office last week, told parliament that he wants to sign a “peace treaty with Russia”.Russian foreign minister Sergei Lavrov has been invited to visit Japan.

Lavrov said last week that Russia had “constructive, frank relations” with Japan, but the prospect of the islands returning to Tokyo are seen as highly unlikely while Putin remains in the Kremlin.

Meanwhile, Putin’s top weapons designers are developing a 4,000mph hypersonic nuclear missile that is capable of reducing a city anywhere on Earth to ashes within minutes.

The nukes will be fired from fifth-generation fighter Su-57 and travel five times faster than sound — making it almost impossible to shoot down. 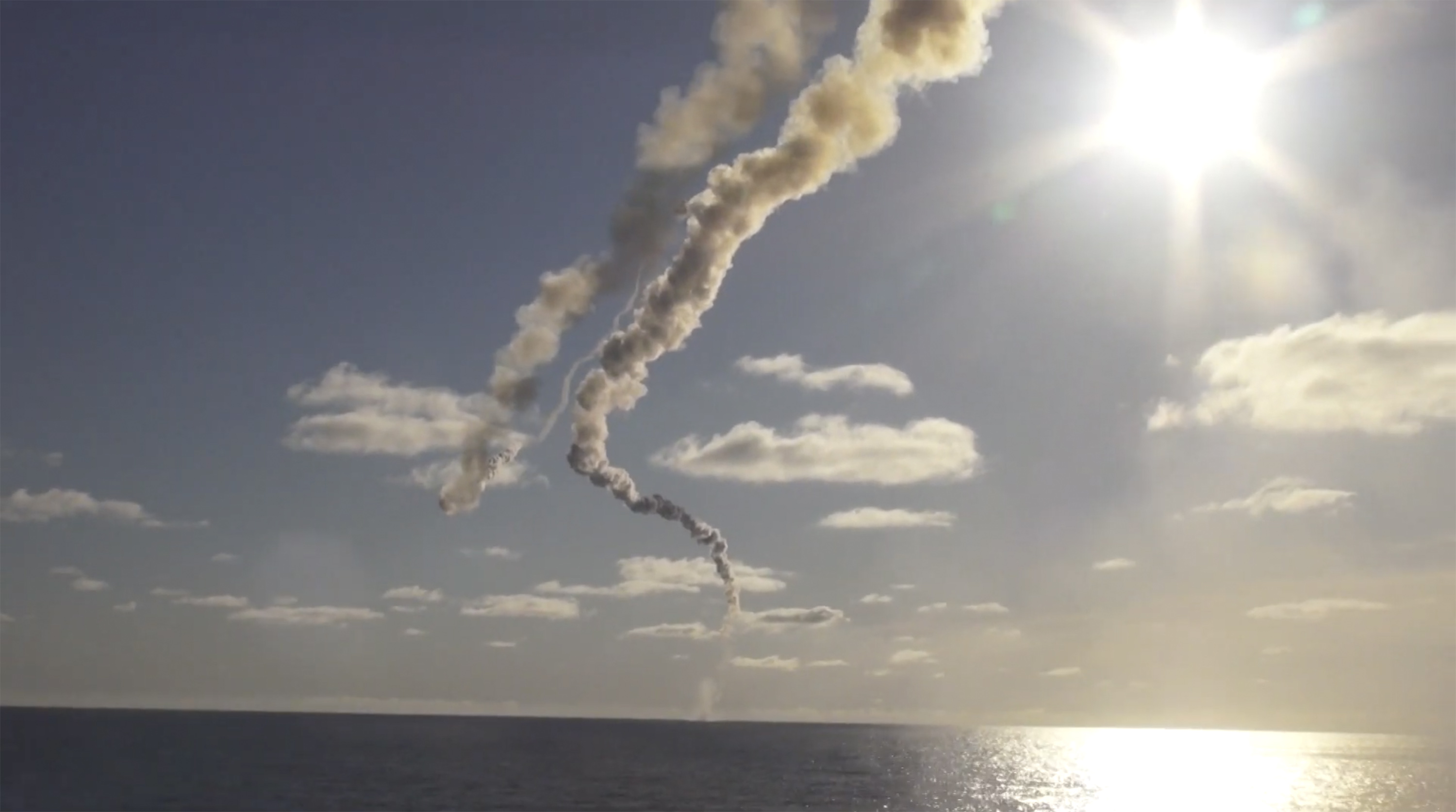