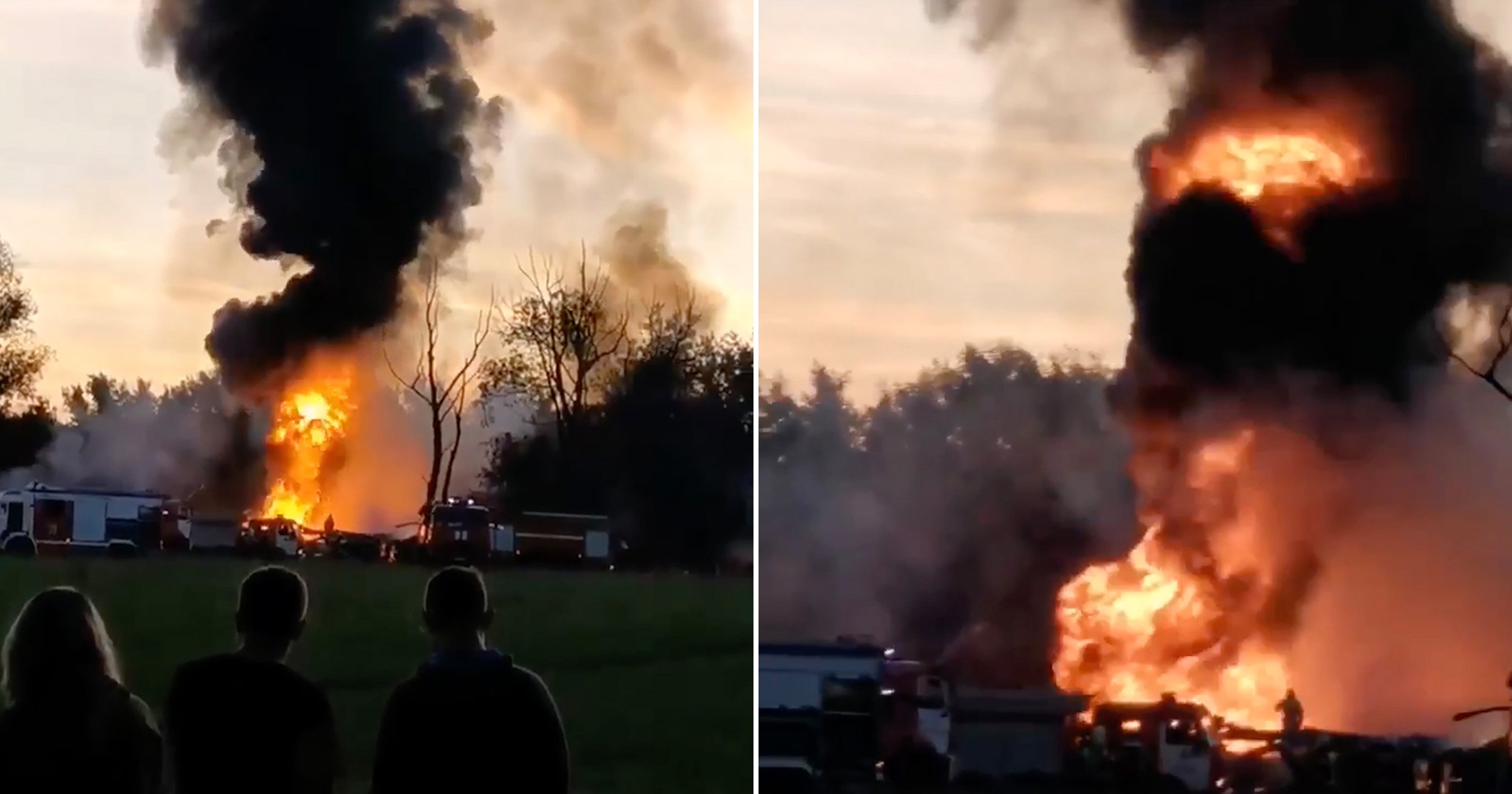 At least four of the nine crew onboard a Russian military cargo plane have died after it crashed in a city near Moscow.

Footage shows the Ilyushin-76 engulfed in flames as it approaches Ryazan before exploding shortly after touching down.

Onlookers can be heard saying: ‘Its all in flames, look. It’s flying at us.

The aircraft got into difficulty after taking off from the city following a refuel stop early on Friday morning.

Russia’s defence ministry says it suffered an engine malfunction during a training flight and attempted an emergency landing.

Local media reports suggested it landed near a motorway and that fire crews had extinguished the blaze within a few hours.

The state-run TASS news agency quoted an unnamed official as saying ‘two bodies were retrieved from the burning aircraft’.

Three of the crew were said to have been pronounced dead at the scene, while another died in hospital.

Five servicemen remained hospitalised with severe injuries later on Friday morning, according to another Kremlin outlet.

The Russian government insisted there were no local casualties or destruction on the ground besides a few torn-down power lines.

Most Ilyushin-76 aircraft are at least 30 years old and have not evolved significantly from their original Soviet-era designs.

Ryazan lies just over a hundred miles southeast of Moscow, far from the warzone, but is a key base for Russian paratroopers heading to Ukraine.