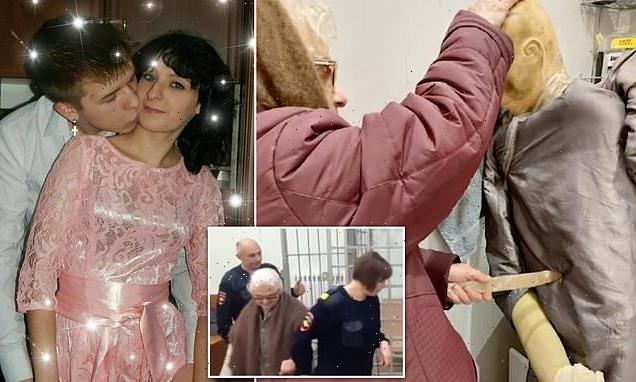 Russian ‘granny ripper’, 66, shows how she ‘stabbed her grandson’s wife before hacking her to pieces and feeding her entrails to dogs’ in bizarre re-enactment

A retired pathologist at one of Russia’s top clinics has been detained for killing and dismembering her grandson’s wife, as pictures show her performing a macabre crime reenactment to illustrate exactly how she carried out the murder.

‘Granny Ripper’ Dr Svetlana Shilyaeva, 66, has confessed to stabbing Yuliya Pazylova, 29, to death as she took a shower.

She then hacked her body to pieces, throwing her head and pelvis into the reservoir of a dammed river, and distributing other body parts in the neighbourhood in Tula region.

She ‘fed the entrails to the dogs’, said reports of the gruesome case. 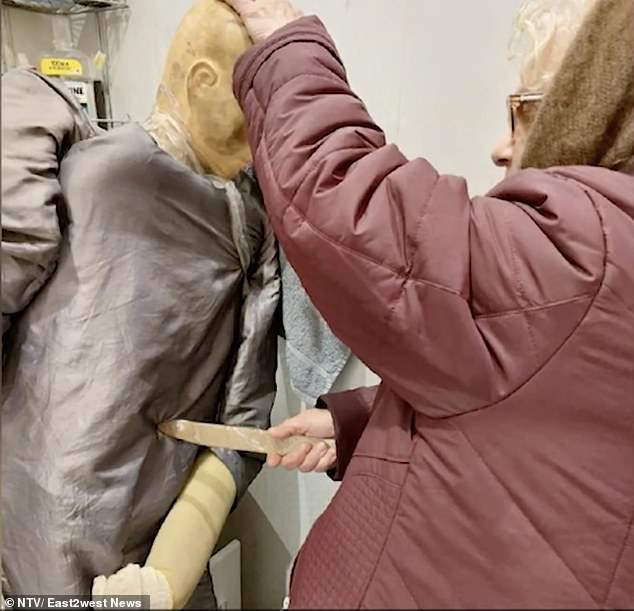 Pictures showed the retired pathologist Dr Svetlana Shilyaeva in a crime reenactment demonstrating how she stabbed Yuliya Pazylova, 29, to death 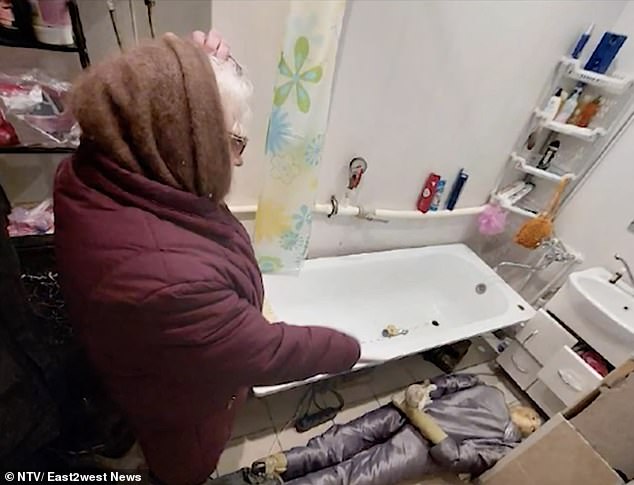 Shilyaeva then hacked the body of Pazylova to pieces, throwing her head and pelvis into the reservoir of a dammed river 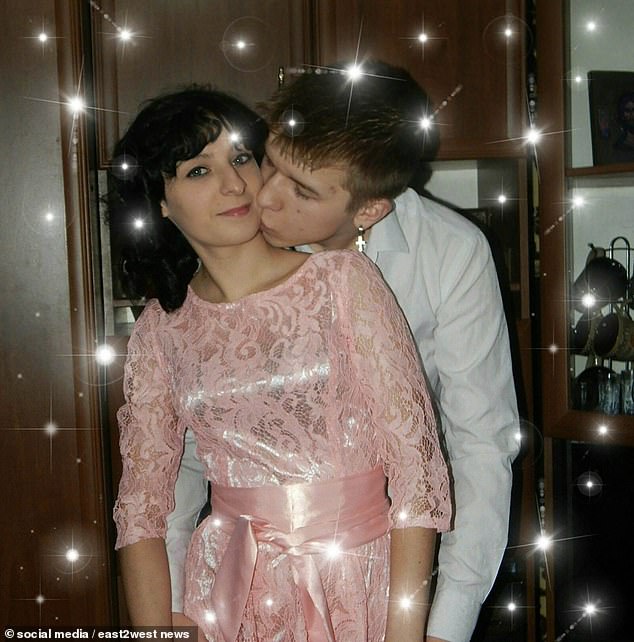 Pictured: Yuliya Pazylova, 29 and her husband Svyatoslav Pazylov, 22. After stabbing and dismembering Pazylova, Shilyaeva ‘fed the entrails to the dogs’, say reports

Shilyaeva reported Pazylova missing soon after killing her and disposing of her dismembered remains, it is alleged.

She told her interrogator: ‘How exactly did I kill her? Easily.’ 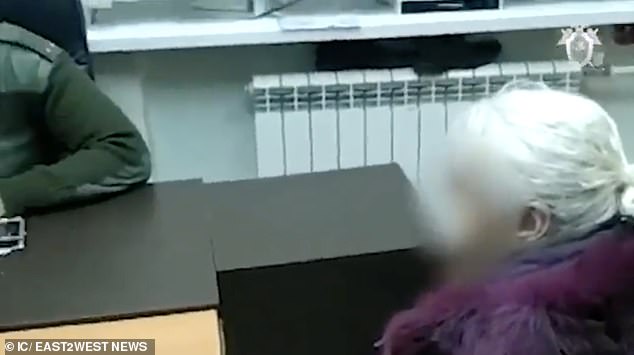 Pictured: Svetlana Shilyaeva under interrogation over the death of Yuliya Pazylova 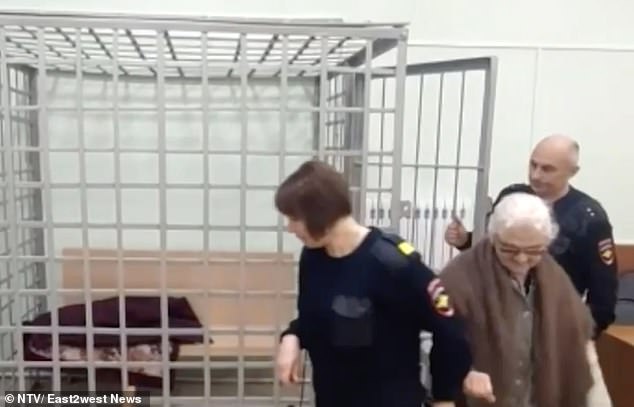 Shilyaeva, who had worked at the Sklifosovsky Institute hospital, in Moscow, said on a law enforcement video: ‘I got a knife in the kitchen and went into the bathroom.

‘What was going on in the bathroom?

‘She was [taking a shower] in the bath and I stabbed her twice – in the stomach and knee, and once….

‘And that was it. She collapsed.

The detective demanded: ‘Once where…?’

The pathologist replied: ‘The last time? In the heart.’ 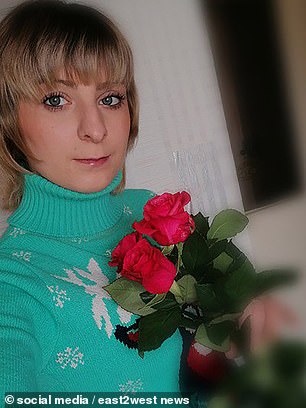 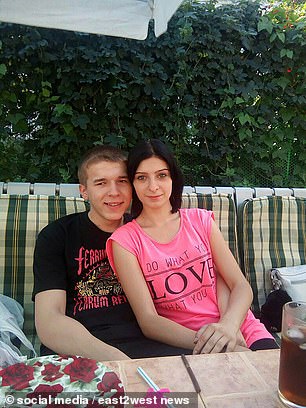 Pazylova was the wife of her grandson Svyatoslav Pzaylov, 22, and they lived in the same house.

Shilyaeva’s relations with the younger woman were said to be strained.

A quarrel with Yulia had led to Shilyaeva’s husband moving out.

The day after the alleged murder she told her daughter – Svyatoslav’s mother – that Yuliya ‘will not bother anyone else’.

Shilyaeva claimed the woman had disappeared and initially her husband came under suspicion.

Later blood specs were found at the house despite the alleged killer having ‘skilfully’ disposed of the remains.

After undergoing the polygraph test, she confessed, according to law enforcement, saying: ‘I killed her, dismembered the body, and hid the parts.’

She has been detained in custody on suspicion of murder until 15 February by a court in Tula.

If convicted, she could face up to 15 years in jail.