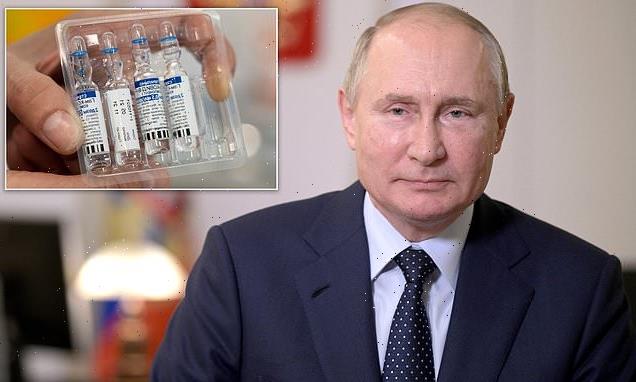 Russia STOLE the blueprint for the Oxford/AstraZeneca jab ‘using an agent in person’ and used it to develop their own Sputnik vaccine, security sources tell ministers

The blueprint for the Oxford/AstraZeneca vaccine was stolen by Russia who went on to use the designs to create their own Sputnik V jab, security sources have claimed.

Sources allegedly told ministers they had evidence that spies working for the Kremlin had stolen the blueprint for the Covid jab from the multinational pharmaceutical company in order to design their own vaccine.

It is understood that the blueprint and vital information was stolen by a foreign agent in person, The Sun reports.

The claims come just months after President Vladimir Putin confirmed that he had received Russia’s Sputnik V shot as he urged Russians to get vaccinated against Covid. 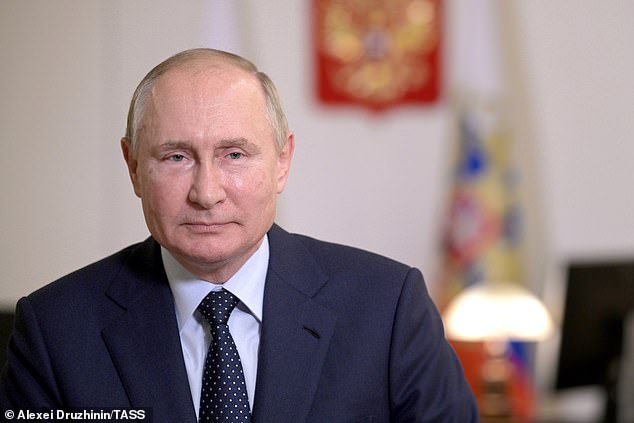 In September the results from two early clinical trials done in Moscow and published in the prestigious British journal The Lancet indicated Russia’s Covid-19 vaccine, which uses similar technology to the Oxford jab, was safe and effective.

The Russian scientists behind the studies said the jab stimulated an immune response in all inoculated participants and did not cause any serious health issues.

Production of antibodies seen in the patients suggested the vaccine was able to prepare the body to be able to fend off Covid-19.

Independent Western scientists said the results were ‘somewhat reassuring’ but warned the trials were too small and narrow to justify injecting millions of Russians.

Just 76 people were involved in the study, only half of whom were actually jabbed, and volunteers were all healthy and mostly in their 20s and 30s.

Scientists in the US and UK, who were not involved with the work, said the results were ‘encouraging’ and that the vaccine showed ‘promise’.

However they were still concerned about the quality of the research and of jumping the gun and pumping the jab into people too soon.

The trials took place in two hospitals in Moscow, the Burdenko Hospital and Sechenov University Hospital.

Participants were aged between 18 and 60 and all deemed healthy with no underlying health conditions.

In phase 1 of the trial, volunteers were given one part of the vaccine to see if they suffered any negative side effects. 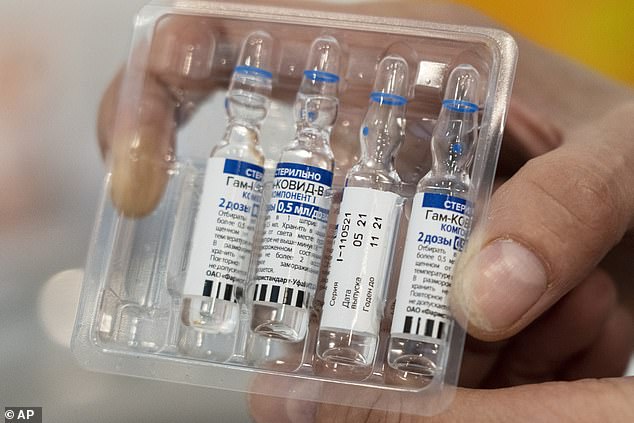 Nearly 60 per cent of participants suffered some pain at their injection site, while half suffered high temperatures – these are generally considered mild, acceptable effects.

Four in 10 reported a sore head, while a quarter felt weak or a lack of energy and 24 per cent had muscle and joint pain.

All of these symptoms were mild and quite common in many other adenovirus vaccines, so the Sputnik V was deemed to be safe and well tolerated.

WHAT DO WE KNOW ABOUT RUSSIA’S VACCINE?

The Russian jab is a type called a viral vector vaccine, meaning it uses  another virus to carry the immune agent – damaged parts of the real coronavirus, which can trigger a reaction but not cause an infection – into human cells.

Putin’s vaccine uses an adenovirus, a type of virus best known for causing the common cold, which has been weakened so it cannot trigger illness.

Russia claims the jab sped through early trials on monkeys and humans, known as Phase I and II trials, and was safe and effective at producing antibodies against Covid-19.

But the scientists behind the vaccine have released no scientific data from the trials, meaning the results likely haven’t been scrutinised by independent experts.

The Russian jab has also not been put through rigorous Phase 3 trials, which are considered the only way to ensure vaccines are safe and actually work.

During these tests, sometimes known as efficacy trials, scientists give the vaccine to tens of thousands of people and wait to see how many become infected.

They then compare their results with volunteers who caught the infection after receiving a placebo.

Scientists say this final phase is the only way to statistically prove a vaccine prevents infection.

And because it’s a much larger testing group, the trials can also pick up subtle side effects that may only affect a small percentage of people.

These rare side effects can become dangerous when vaccines are scaled up for entire populations of tens of millions of people.

The study came after Putin confirmed he had received the Sputnik V jab.

The Kremlin had previously said that Putin received a two-dose vaccine in March and April, but it gave no further details and did not release images of him getting it.

But Putin used his annual televised phone-in this June to cast Russia’s four vaccines as highly effective and safe, while taking a swipe at shots that are widely used in the West.

‘As you can see, everything is in order, and thank God we don’t have such tragic situations after vaccinations like AstraZeneca or Pfizer,’ he said, adding that 23 million of Russia’s more than 144 million population had been vaccinated.

‘After the first shot, I didn’t feel anything at all. About four hours later, there was some tenderness where I had the shot.

‘I did the second at midday. At midnight, I measured my temperature. It was 37.2 (Celsius). I went to sleep, woke up and my temperature was 36.6. That was it.

He added: ‘I don’t support mandatory vaccination, and I continue to hold this point of view.’

In July, Russian internet troll factories were blamed for an anti-Pfizer Covid jab smear campaign by a report by the Network Contagion Research Institute.

The paper claimed the aim of the misinformation drive was to promote the country’s own Sputnik V vaccine.

The report said one unusual approach saw marketing firms from Russia directly go to popular figures to try and get them to act on their Facebook and Instagram platforms.

The report claimed that the Russian had also zeroed in on spreading the messages in Brazil, India, Indonesia, and Canada.

This was due to them believing those countries were seen as potential export markets for Sputnik.

NCRI’s paper continued: ‘In a Council on Foreign Relations blog post, members of Novetta, a disinformation tracking firm, revealed that in the Fall of 2020, well before vaccine makers had released any data to confirm vaccine effectiveness, public opinion of Sputnik V in Africa was suspiciously high.

Analytics company Novetta also found that the Russian vaccine had the ‘second-highest rate of positive quotes (66 per cent) in African media coverage’ and the ‘the second-lowest negative perception (11 per cent)’.