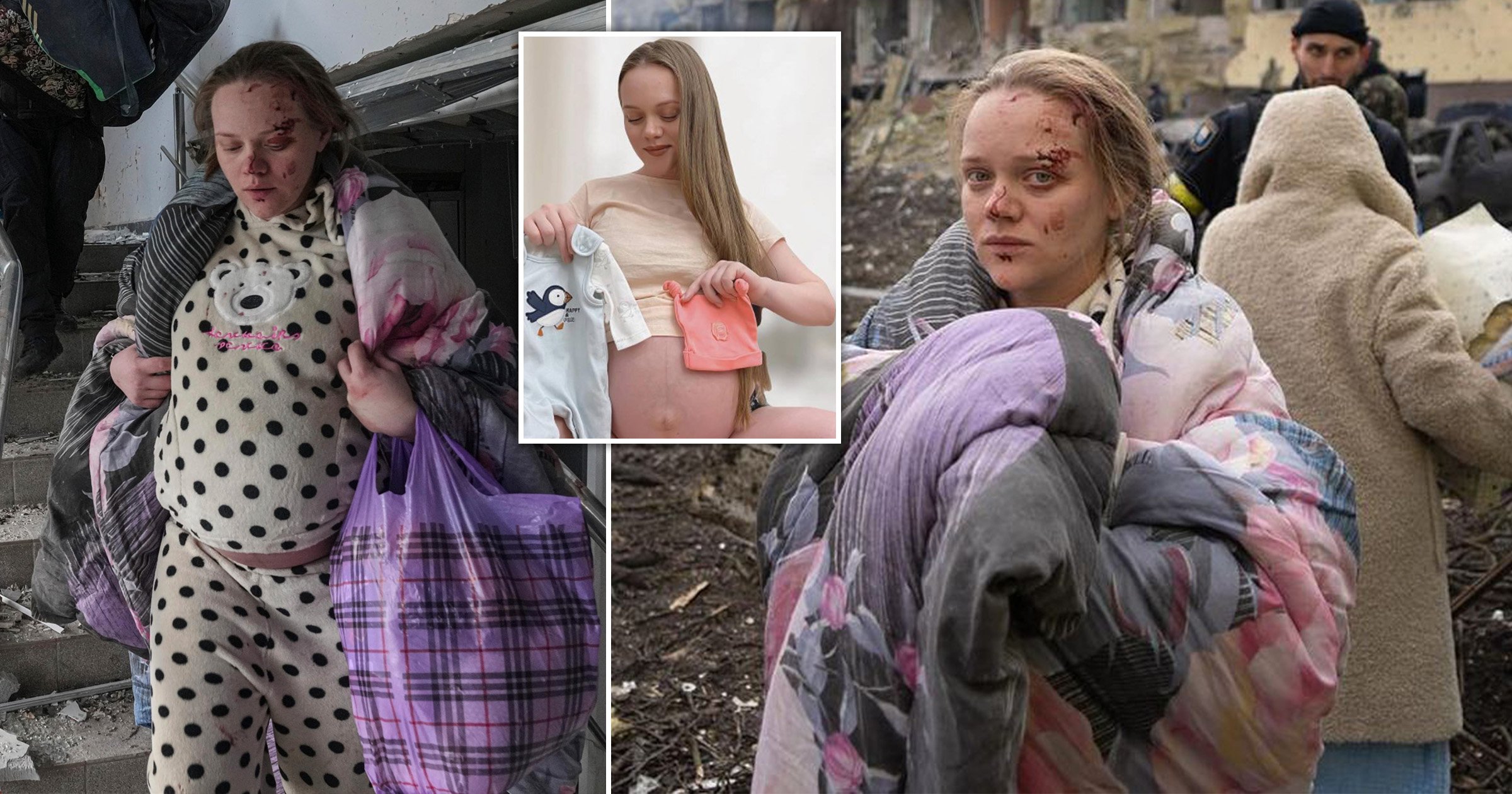 Russia has been accused of spreading ‘fake news’ after suggesting a pregnant woman pictured injured after a hospital attack in Ukraine was a propagandist beauty blogger.

Twitter and Facebook removed a message by the Russian Embassy in the UK which claimed the woman ‘played’ two different pregnant victims outside the maternity and children’s hospital in Mariupol on Wednesday.

Ukraine’s President Volodymyr Zelenskiy said three people, including a child, were killed in the airstrike carried out by the Russian army.

Culture Secretary Nadine Dorries retweeted the message from the Russian Embassy and added: ‘This is fake news.’

The Russian Embassy’s tweet was reported by Higgins and the Department for Digital, Culture, Media & Sport (DCMS) and has since been removed with a note in its place saying: ‘This Tweet violated the Twitter Rules.’

Twitter said the tweet was in violation specifically of its hateful conduct and abusive behaviour policies relating to the denial of violent events.

The Mariupol city council said the hospital had been hit several times in what the White House called a ‘barbaric use of military force to go after innocent civilians’.

President Zelenskiy accused Russia of carrying out genocide after officials said Russian aircraft bombed the hospital, burying patients in rubble despite a ceasefire deal for people to flee the besieged city,

The Russian Embassy, attributing the remark to Russia’s foreign minister Sergei Lavrov, also suggested the hospital had been ‘long non-operational’ and was being used by Ukrainian armed forces and “radicals”.

Lavrov had told reporters after meeting Ukraine’s foreign minister in Turkey that the hospital building had for days been under the control of ultra-radical Ukrainian forces who had emptied out the doctors and patients – the version rejected by Zelenskiy as a lie.

Ukrainian MP Inna Sovsun, deputy leader of the Holos Party, added: ‘They just constantly lie. And we should just stop listening to him (Sergei Lavrov), we should stop transmitting whatever they’re saying.’

Ms Sovsun also pointed out photographic evidence of women being carried out of the hospital.

She said: ‘You did see the picture of the pregnant women taken out of that hospital. They were there.

Get in touch with our news team by emailing us at [email protected]For more stories like this, check our news page.