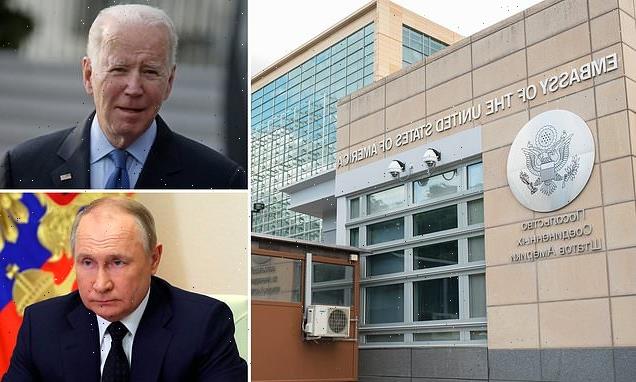 Russia moved on Wednesday to expel a number of American diplomats from Moscow, in the latest round of tit-for-tat maneuvers amid intense hostility over Ukraine.

Last month Washington announced it had expelled 12 Russian diplomats at the United Nations for spying.

Russian media reported on Wednesday that the Kremlin gave the U.S. embassy a list of people who had to leave in retaliation for those expulsions just as President Joe Biden was flying to Europe on a mission to warn President Vladimir Putin that his country faced further isolation for its war in Ukraine.

‘We can confirm that the U.S. Embassy received a list of diplomats declared “persona non grata” from the Russian Ministry of Foreign Affairs on March 23,’ said a State Department spokesman.

‘This is Russia’s latest unhelpful and unproductive step in our bilateral relationship.

‘We call on the Russia government to end its unjustified expulsions of U.S. diplomats and staff.

‘Now more than ever, it is critical that our countries have the necessary diplomatic personnel in place to facilitate communication between our governments.’ 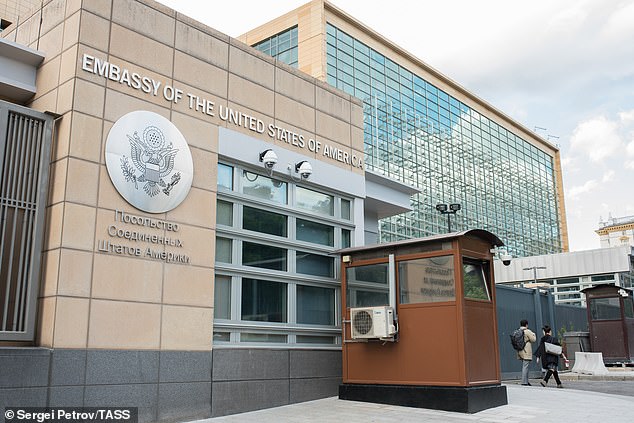 Russia on Wednesday said it was expelling an unspecified number of U.S. diplomats from Moscow in response to Washington’s decision to expel 12 Russian diplomats last month 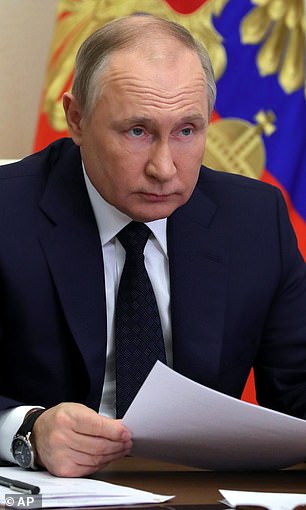 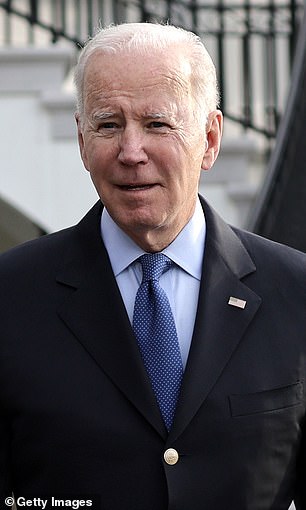 Vladimir Putin’s government is increasingly isolated as Biden and U.S. partners around the world punish Russia for its invasion of Ukraine 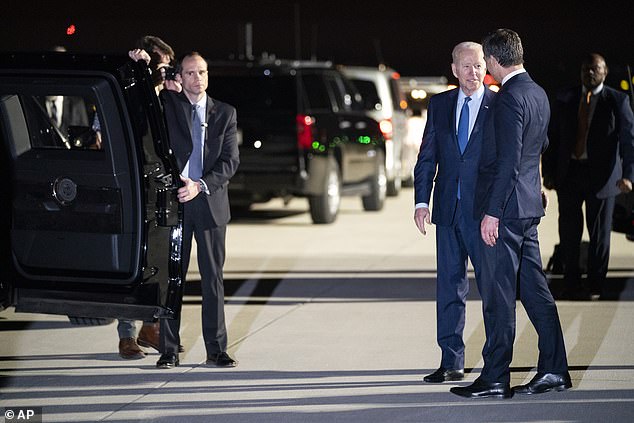 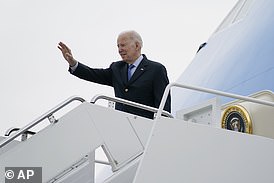 THURSDAY: President Biden is in Brussels for the N.A.T.O summit, a Group of Seven meeting and a session with heads of state from the European Union.

FRIDAY: Biden heads to Poland to meet with U.S. troops stationed there as part of N.A.T.O.

SATURDAY: Biden is in Poland where he will discuss the Ukrainian refugee situation and meet with  President Andrzej Duda.

He leaves for Washington D.C. in the evening.

It comes almost a month after 12 Russians were ordered to leave the U.S. by March 3.

At the time, the Russian Permanent Representative to the U.N. Vassily Nebenzia called it ‘another hostile action’ by the U.S.

White House Press Secretary Jen Psaki said the move had been in the ‘works for months.’

Since then Russia has continued its invasion of Ukraine, bombarding cities with artillery and air strikes.

It is under intense pressure from Washington and its allies who have used sanctions to target President Vladimir Putin’s supporters and choke off funding for his war machine.

Poland said it was expelling dozens of Russian diplomats for spying.

‘We are dismantling the Russian special services network in our country.’

And Belarus also announced it was expelling Ukrainian diplomats. 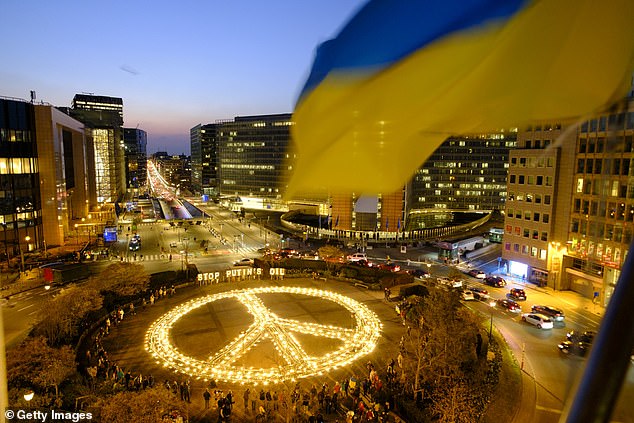 Pictured: Activists and young Ukrainians demonstrate with a giant peace sign and ‘Stop Putin’s oil’ in front of the Jusutus Lispsius; the EU Council building and the Berlaymont, the EU Commission building on March 22, 2022 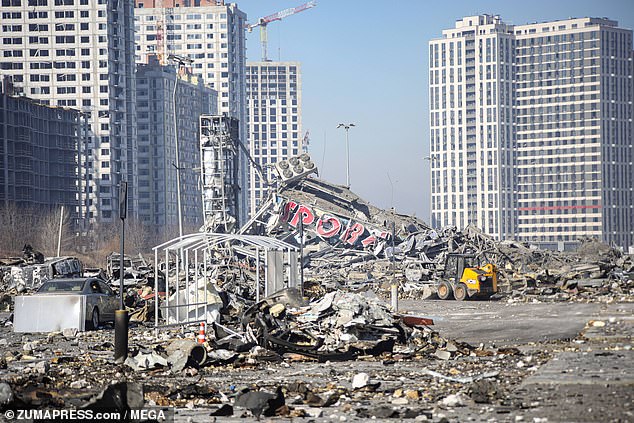 A shopping mall lies in ruins after a missile strike of the Russian troops in the Podilskyi district of Kyiv, capital of Ukraine, March 22, 2022

At the same time the Russian Interfax news agency said the Ministry of Foreign Affairs had presented the U.S. embassy with a list of people who had to leave ‘in response to Washington’s expulsion of diplomats from the permanent U.N. mission in New York.’

The report did not say how many people were affected.

‘The American side was told very firmly that any hostile U.S. actions against Russia would provoke a decisive and comparable response,’ the agency said.

Soon after the United States government officially announced that it believed members of Russia’s armed forces have committed war crimes in its invasion of Ukraine.

‘Our assessment is based on a careful review of available information from public and intelligence sources,’ said Secretary of State Antony Blinken.

‘As with any alleged crime, a court of law with jurisdiction over the crime is ultimately responsible for determining criminal guilt in specific cases.’

The announcement was issued as he traveled with President Joe Biden to Europe for a N.A.T.O summit.