The video was released as the Kremlin warned the US it could spark World War Three by basing its new-generation nukes in Europe. 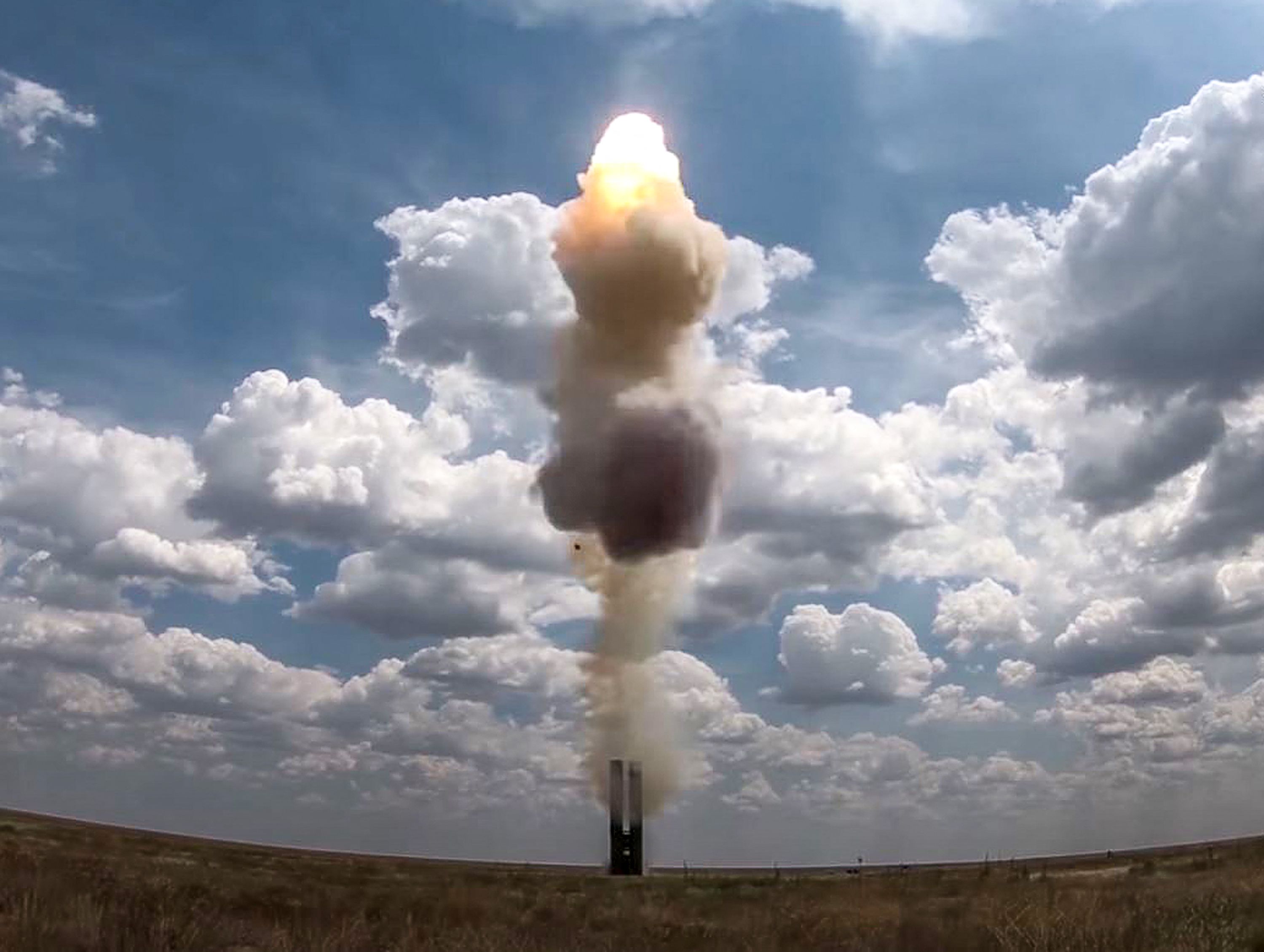 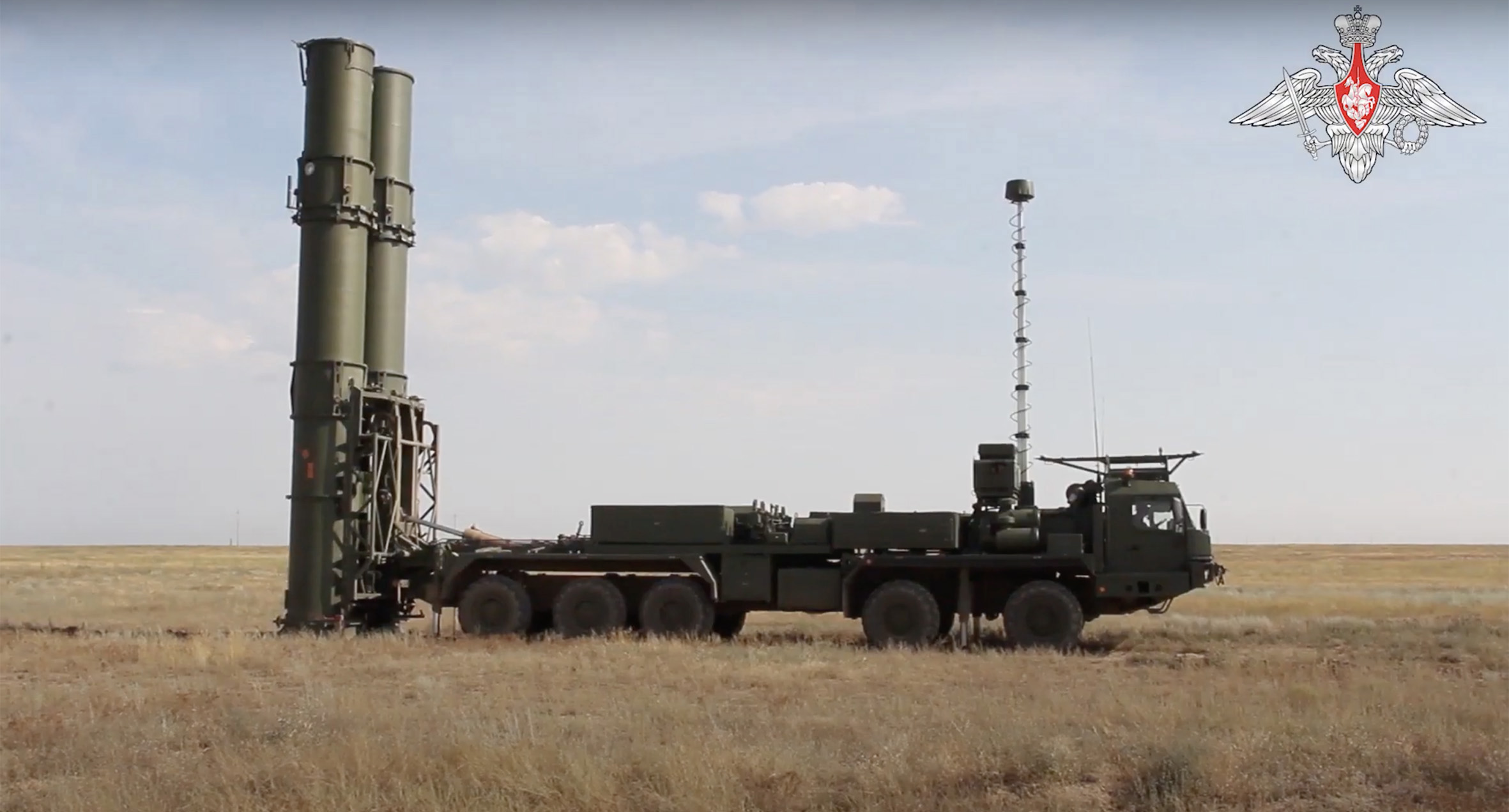 The footage shows a giant rocket being fired from a mobile launcher's twin tubes raised to the vertical position.

One of the 77N6-N missiles is propelled out of the tube, and a second later its rocket engine ignites and sends it streaking into the sky.

It then “successfully hit” a high-speed ballistic target at Kapustin Yar near the Caspian Sea, said the defence ministry.

The S-500 surface-to-air defence system is designed to bring down enemy aircraft and missiles up to an altitude of 125 miles.

That brings ballistic missiles and potentially even low orbit satellites within range.

The new 77N6-N can reportedly hit a target travelling at over 11,000mph – or three miles a second – while being guided by an advanced radar tracking system in a second vehicle on the ground.

Major General Babakov, commander of Russian missile defence troops, boasted: "The S-500 air defence system is capable of destroying hypersonic weapons of all modifications, including in near space, in addition to aerodynamic and ballistic targets, which makes it possible to say with confidence that this system is unique.”

It can engage enemy ballistic missiles at a range of up to 375 miles and aircraft at about 310 miles, say the Russians.

In 2018 another test launch successfully hit a target 300 miles away, the world record for a surface-to-air missile.

Two rockets would likely be fired to ensure a "kill".

Vladimir Putin recently said he expected the S-500 to be deployed soon, probably this year.

“Next in line is the delivery of the S-500 complex to the troops, tests of which are already being successfully completed,” he said.

Putin recently put his arsenal of "invincible" hypersonic missiles on combat alert in a chilling warning to the West.

They include the Mach 8 Zirkon cruise missile, which can carry nuclear warheads and hit a target 220 miles away in recent sea trials.

And Russia warned of dire consequences if the US were to deploy its own hypersonic weapons – currently under development – in the region.

The Russian embassy in Washington tweeted: "We would like to remind @PentagonPressSec that potential deployment of any [American flag] hypersonic in Europe would be extremely destabilizing.

"Their short flight time would leave [Russian flag] little to no decision time and raise the likelihood of inadvertent conflict."

He said: "It’s important to note that Russia’s new hypersonic missiles are potentially destabilizing and pose significant risks because they are nuclear-capable systems."

He said the US was working "closely with allies and partners, including Nato, to try to check those destabilizing activities". 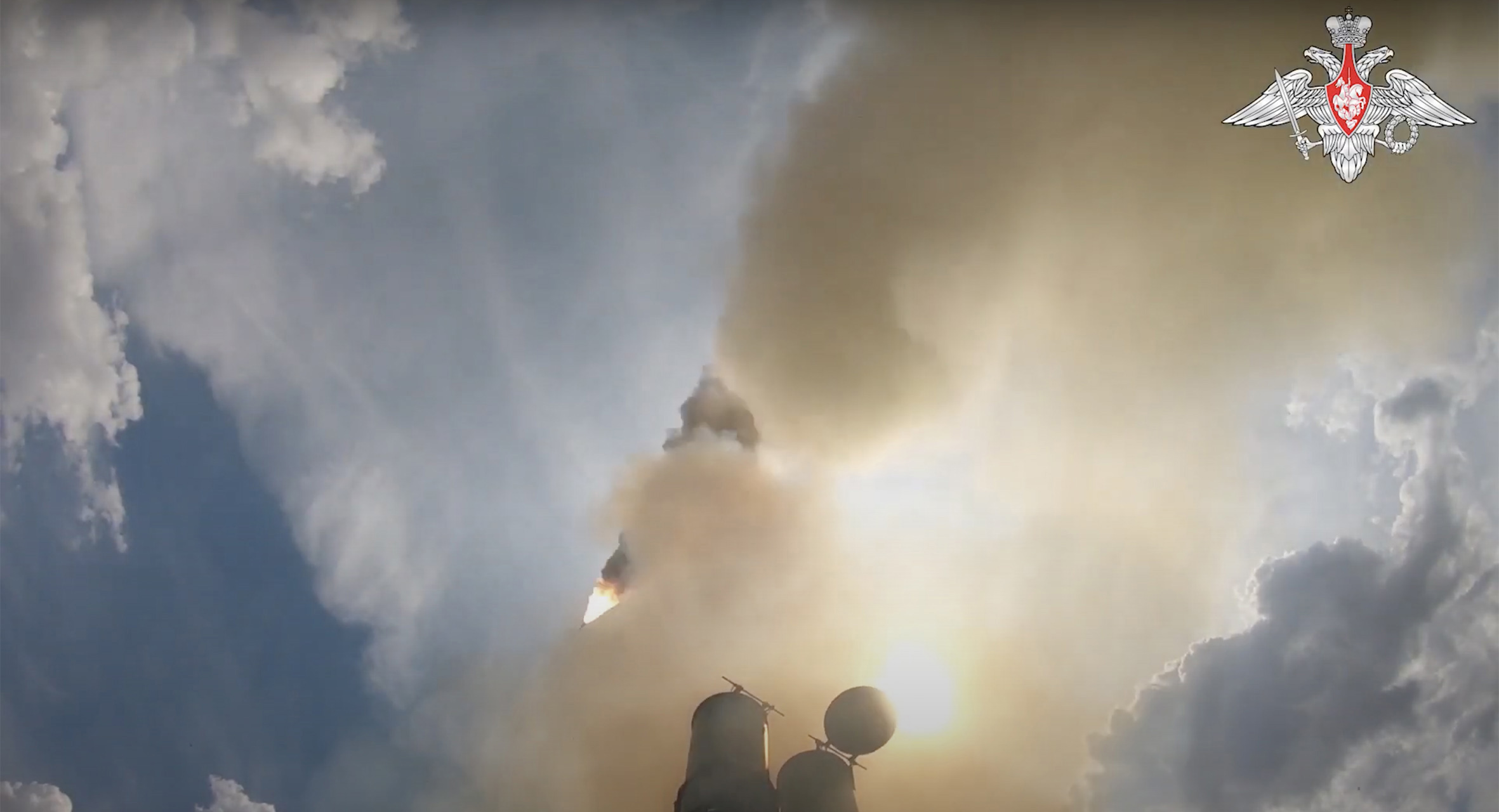 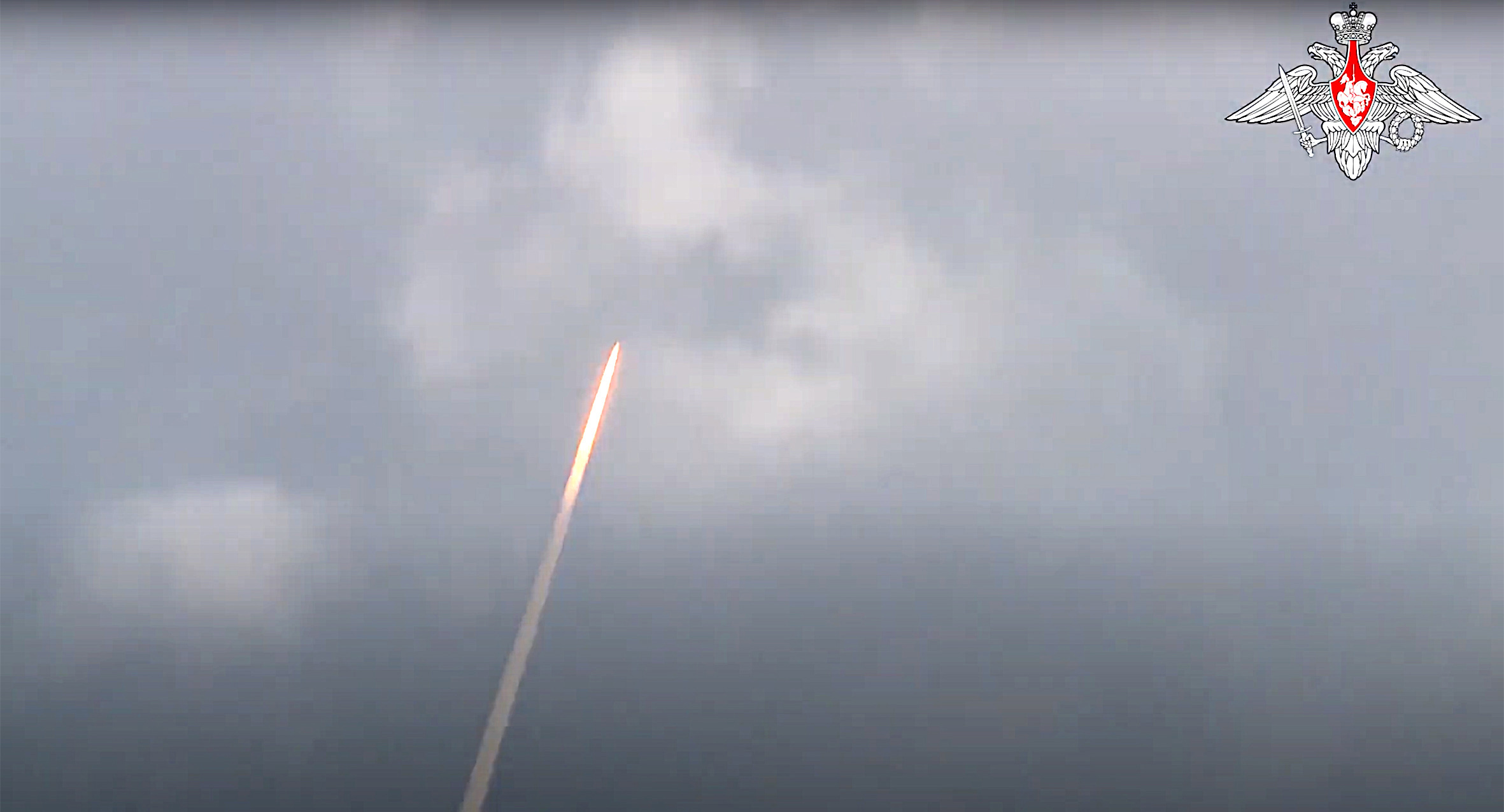 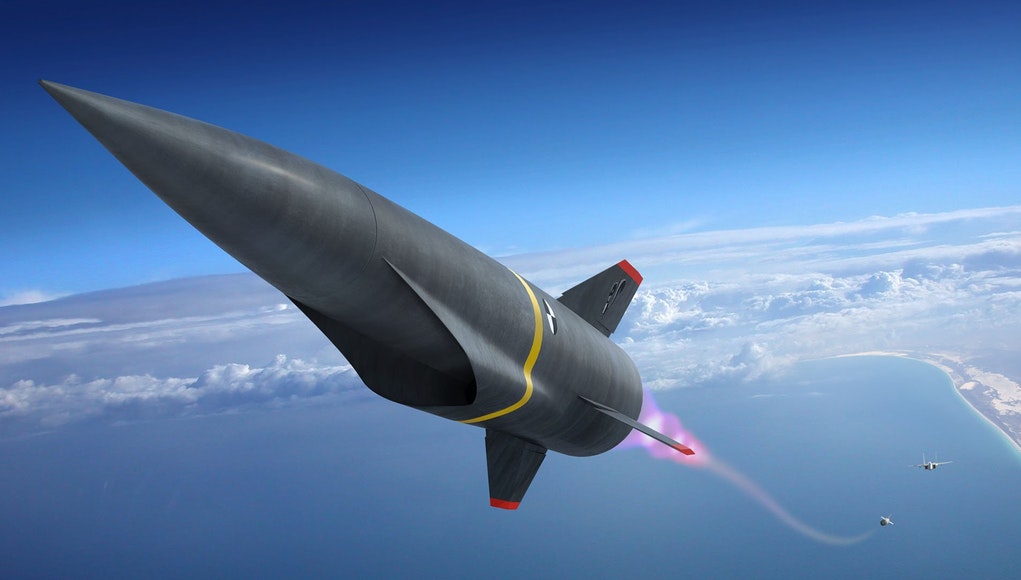