A Rotherham grooming gang survivor has revealed her complaint against the police has been upheld but regretted that ‘not one professional has ever been held to account and never will’.

Sammy Woodhouse, 35, was sexually abused as a 14-year-old by ringleader Arshid Hussain and later waived her anonymity as a rape victim to expose the gang.

She also filed a complaint against South Yorkshire Police (SYP) for a string of failings that allegedly exposed other young girls to exploitation.

Her campaigning led to an investigation by the police watchdog which has now reportedly ruled that SYP officers’ conduct left Hussain free to abuse children.

Ms Woodhouse today tweeted: ‘My complaints against police finally upheld. Not 1 professional has ever been held to account and never will.

‘I was 16 yrs old when I first reported Arshid Hussain & corruption of SYP. It’s taken 19 yrs for me to prove but I finally got there.’ 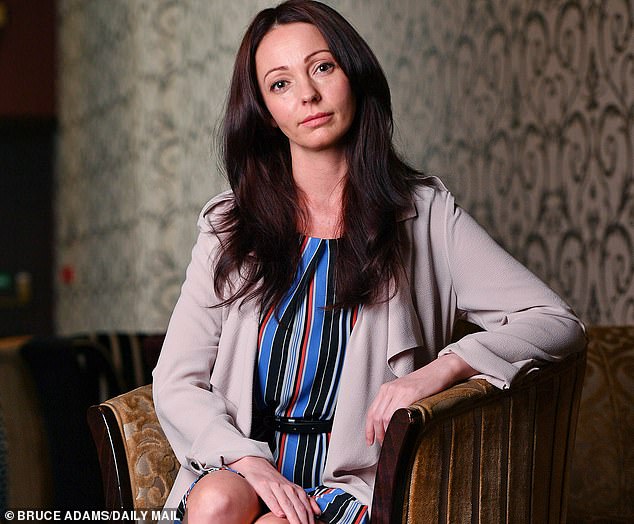 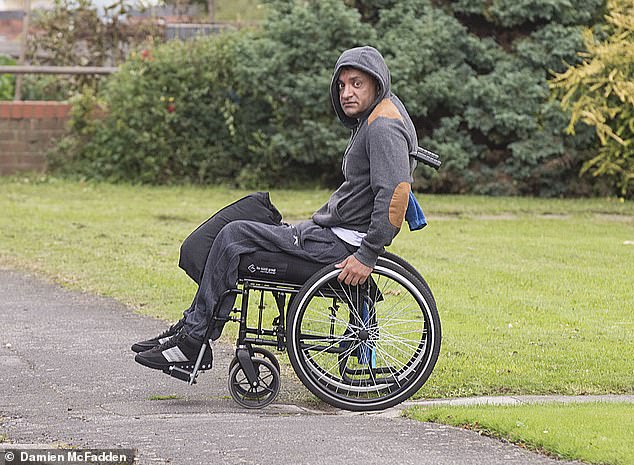 Ms Woodhouse was sexually abused as a 14-year-old by ringleader Arshid Hussain (pictured), who in 2016 was jailed for 35 years

The Independent Office for Police Conduct’s (IOPC) Operation Linden investigation, is yet to be published but has been seen by The Times.

The paper reports that it has upheld a complaint that SYP failed to ‘deal appropriately with information which may have led to a suspect being prosecuted at an earlier stage, thereby exposing other children to abuse’.

Assistant Chief Constable Lauren Poultney has made a public apology to Ms Woodhouse, who she says should have had ‘the full force’ of SYP to support her.

She said in a statement: ‘We’re deeply sorry that Sammy was not identified as a victim at the time of the abuse against her or consistently given the support she should have been provided.

‘Sammy’s bravery and courage in speaking out about her experiences has shaped the policing response to child sexual exploitation.

‘We now have a deeper knowledge and understanding of the issues and the determination to address these without fear or favour as is demonstrated by our convictions against those who abused her.

‘That said, Sammy should not have had to suffer this abuse at all and when it became apparent, she should have had the full force of South Yorkshire Police to support and protect her and to bring her the justice she deserved.’ 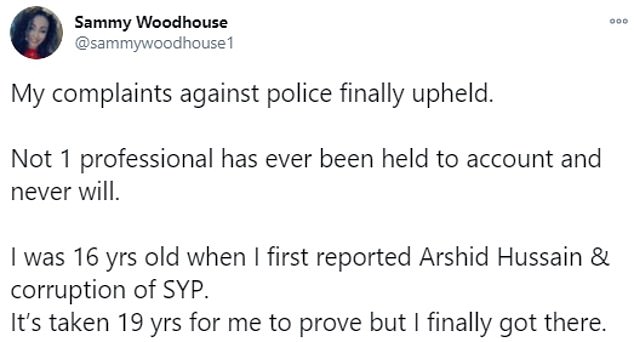 Ms Woodhouse today tweeted: ‘ My complaints against police finally upheld. Not 1 professional has ever been held to account and never will’

Ms Woodhouse was subjected to unthinkable sex abuse by Hussain, who impregnated her in the course of his abuse

Hussain was jailed for 35 years in 2016 for a range of sexual offences against girls, including Ms Woodhouse.

The IOPC probe found that South Yorkshire Police knew Hussain had ‘a number of relationships with young girls in foster care’ as early as 2000, according to the Times.

The investigation found officers – none of whom face disciplinary charges – also made a deal with Hussain, in which he would deliver one of his missing 14-year-old victims to police.

He was not arrested, nor questioned, when the girl was returned, the report adds.

The paper’s original investigation into the grooming and abuse of Ms Woodhouse led to the 2014 Jay Report concluding that more than 1,400 children were targeted.

She subsequently waived her anonymity to campaign on behalf of survivors.

It began in 2014 and is the organisation’s second biggest inquiry, after the investigation into the Hillsborough disaster.

It was later expanded to cover allegations that senior officers failed in their statutory duty to protect children between 1999 and 2011.

Last year, the IOPC said Operation Linden was ‘nearing closure’. It said it involved 91 independent investigations and, at that time, 13 officers remained under investigation.

A spokeswoman for the IOPC said today: ‘We are continuing to make significant progress with Operation Linden and we have completed more than 90 per cent of the inquiries we have identified so far.

‘All investigation reports are now completed, including our investigation into the actions of the former senior command team at South Yorkshire Police.

‘We await responses from the appropriate authority on a small of number of completed investigations.

‘Our priority throughout the investigation has, and always will be, the welfare of the many survivors of child sexual abuse we have been engaging with. As their individual cases conclude we provide them with a personal update on our findings.

‘At the conclusion of all of our investigations we intend to publish an over-arching report covering all of the findings, outcomes and learning from our work on Operation Linden.’

A huge National Crime Agency (NCA) investigation – called Operation Stovewood – is continuing in Rotherham into child sexual exploitation between 1997 and 2013.

The NCA said last year it had more than 200 people working on Operation Stovewood, which had a yearly budget of just under £12million, and was looking to increase this to 250.

The agency said at the time it had engaged with 313 alleged victims and survivors in the town and identified 190 suspects.

How Sammy Woodhouse has fought to protect others from enduring abuse

Sammy Woodhouse grew up in Rotherham and was groomed by child sex gang leader Arshid Hussain when she was 14 years old.

She was subjected to horrendous abuse including rape and assaults and Hussain also coerced her by threatening to kill her family.

He also forced her to rob a post office aged 15 and when police raided Hussain’s home later that year they found her in bed with him but failed to arrest him and charged her with possessing a baton.

Hussain also forced her to fight another girl a few months later, for which Ms Woodhouse was later charged with assault.

She missed much of her education and worked as a stripper and model. She eventually had a child by Hussain but fled to keep him away from his family.

After years of abuse she approached The Times anonymously with her claims, leading to the Jay Inquiry which exposed the Rotherham gang and led to the discovery of more than 1,400 victims between 1997 and 2013. Hussain was eventually jailed for 35 years. 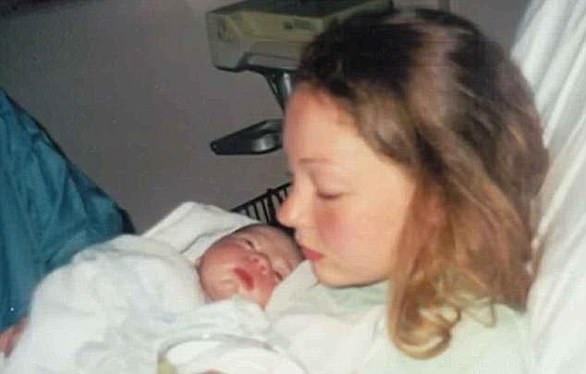 Ms Woodhouse waived her anonymity on the BBC in 2017.

Last year she slammed Rotherham Council for trying to help Hussain get in contact with the son he fathered by rape.

She said the council should have opposed taking the step to give Hussain access as she fights for a change in the law to deny rapists access to children they have fathered in sickening attacks. 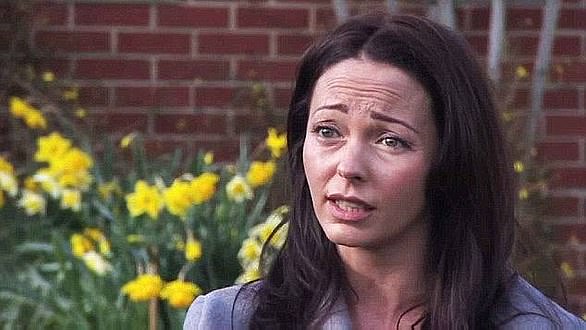 ‘They should’ve fought for that child,’ she said. ‘What they’ve done is hand my son over on a plate to a rapist.’

Ms Woodhouse conducts speaking events at schools and elsewhere, explaining to teenagers, the police and social workers how to recognise that someone is being groomed.

She also wrote a book, Just a Child: Britain’s Biggest Child Abuse Scandal Exposed, which was released in April 2018.

In November 2018, over the first three days, more than three hundred thousand people signed a petition by Woodhouse and Labour MP Louise Haigh, which called for the amendment of the Children Act 1989 to ‘ban any male with a child conceived by rape from applying for access/rights’.