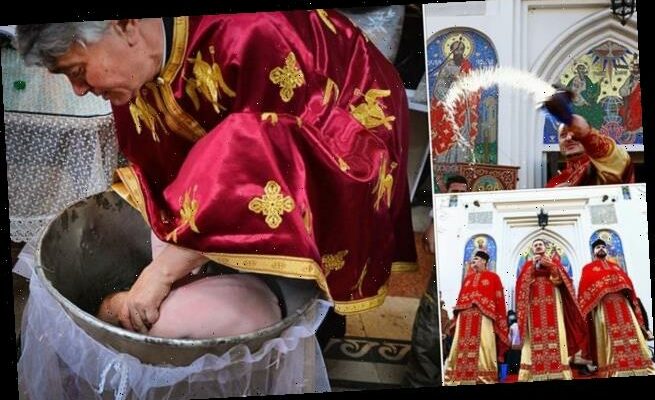 The Orthodox Church is facing growing pressure to change baptism rituals in Romania after a baby died following a ceremony, which involves immersing infants three times in holy water.

The six-week-old suffered a cardiac arrest and was rushed to hospital on Monday but he died a few hours later, the autopsy revealing liquid in his lungs.

Prosecutors have opened a manslaughter probe against the priest in the northeastern city of Suceava.

An online petition calling for changes to the ritual had gathered more than 56,000 signatures by Thursday evening. 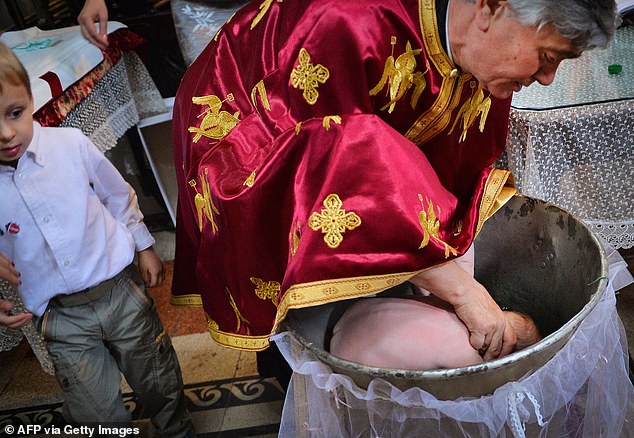 A Romanian Orthodox priest sinks a child during a baptism at a church in Bucharest in May 2014. (File photo)

The petition said: ‘the death of a newborn baby because of this practice is a huge tragedy,

‘This risk must be ruled out for the joy of baptism to triumph.’

One internet user denounced the ‘brutality’ of the ritual and another criticised the ‘stubbornness of those who think that it is the will of God’ to maintain it.

Church spokesman Vasile Banescu suggested priests could pour or sprinkle a little water on the baby’s forehead instead of full immersion.

But Archbishop Teodosie, leader of the Church’s traditionalist wing, insisted the ritual would not change.

In a Romanian Orthodox church baptism, the baby is completely submersed in water three times in a row while the priest is meant to hold their nose to make sure they do not breathe in any water.

Baptisms in Romania are large events, sometimes compared to weddings, often with hundreds of guests and a big party.

More than 80 percent of Romanians are Orthodox and the Church is one of the most trusted institutions, according to recent opinion polls. 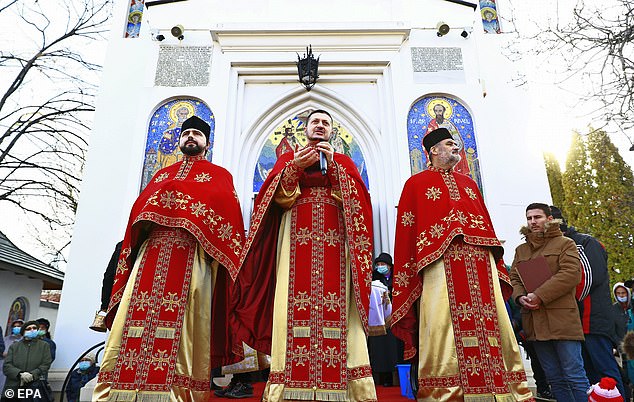 More than 80 percent of Romanians are Orthodox and the Church is one of the most trusted institutions, according to recent opinion polls