Rogue roofers who told man in his 70s they’d fix his tiles for ‘a tenner and a drink for the lads’ and ended up fleecing him of £18,500 are jailed for total of 18 years

A gang of rogue roofers has been jailed for a total of almost 18 years for fleecing a string of elderly people – including one man who was told they would repair his home for ‘a tenner and a drink for the lads’ which ended up costing £18,500.

The group, who were from Scotland and the north east, targeted their elderly victims by cold-calling on them and claiming they needed urgent repairs for work. As soon as they started the work, the gang would increase the size of the job.

The gang operated across the north east between July 2016 and January 2017. 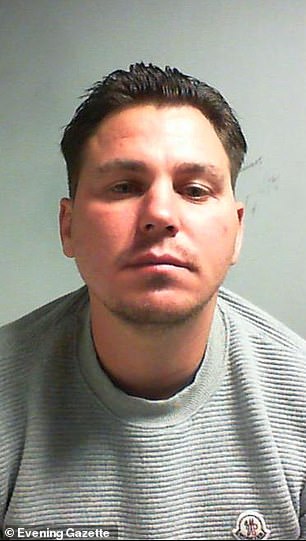 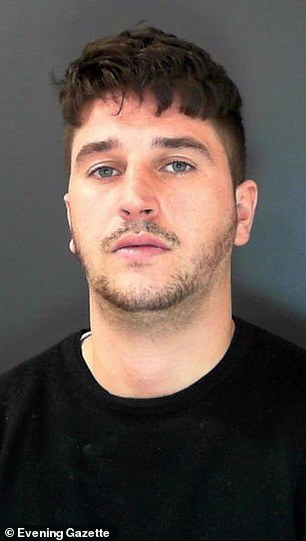 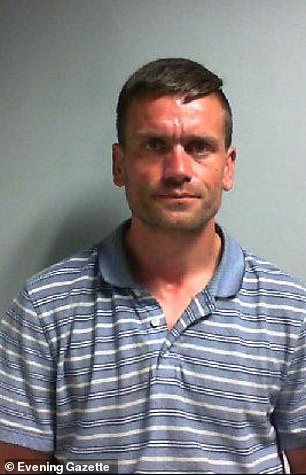 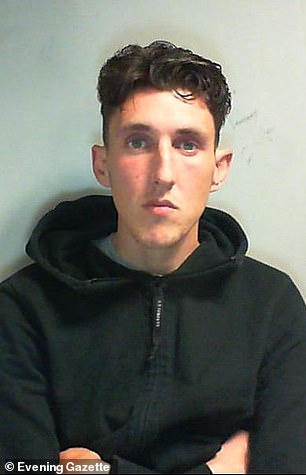 Mark Genery, left, claimed he was a heroin addict. He was jailed for almost three years, while his co-accused William Stewart, right, also received two years and nine months in prison

Among those involved in the gang was 39-year-old Mark Genery who Teesside Crown Court heard was addicted to heroin.

Prosecutor Andrew Finlay said: These defendants were variously involved in a conspiracy to defraud elderly people in relation to roofing works done on their properties between the period July 2016 and January 2017.

‘They would do this by cold calling victims, secure agreement to undertake the work and then inflate the price of the work and/or recommend unnecessary work.’

Judge Sean Morris said: ‘This was very nasty offending against the weak and vulnerable.

‘It was a well planned, well organised fraud. It was a fraud that set out to fleece elderly people of their savings.

‘These were people in the late evenings of their lives, if I may be so bold as to say so.

‘They were people who easily confused. It is quite clear that this was deliberate targeting of victims because of that very vulnerability.

Genery from Stockton, was jailed for two years and nine months.

The judge told him: ‘You involved yourself in a conspiracy to rip off elderly people.

‘You were a labourer and you were working for heroin.

‘It’s not a case where you’ve been coerced or intimidated. It’s not a one-off offence.

‘You put yourself in a position of your own free will. Taking heroin is a lifestyle choice.’

Genery and others conned a man in his 70s in Thornaby, first offering to fix loose roof tiles for ‘a tenner and a drink for the lads’.

On Christmas Eve, Genery collected the final cash payment from the householder, who was unhappy with the rising price but trusted the men.

A professional surveyor said the repairs were ‘wholly unnecessary’ and the only minor maintenance needed would have cost a fraction of the price.

The gang’s work was of such poor quality it had to be repaired itself.

Genery and others targeted a man in York who handed over £9,500 for ‘entirely unnecessary’ repairs to a roof in good condition.

The victim tried to withdraw another £9.500 until the bank refused to authorise it, fearing he was being scammed.

Genery’s phone was pinpointed near the North Yorkshire home of an 89-year-old man who paid £17,000 to the fraudsters for ‘unnecessary, incomplete and inadequate work’.

As they left the victim one of the gang said: ‘I hope we’ve left you enough to get by on.’

Genery and five other men admitted conspiracy to defraud.

Andrew Turton, defending Genery, said he was remorseful, vulnerable and wanted to come off drugs. 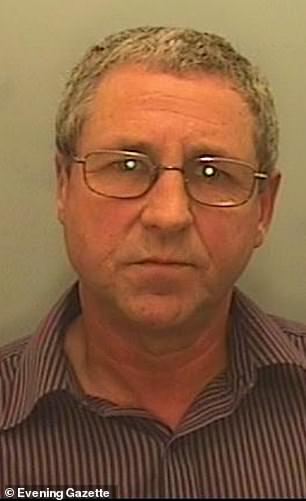 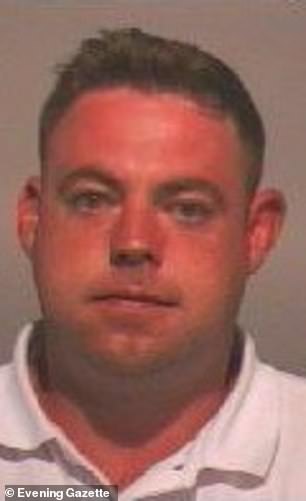 Father and son Paul and James Masterton from Newcastle were handed a one year community order and told to pay £1,000 each to one victim while completing 250 hours of unpaid work

The longest sentences were given to Shaun Doyle and George Flannigan, both of whom had similar frauds on their records.

Doyle, 33, was already serving a four-and-a-half-year sentence for ‘exactly the same thing’, imposed in January.

‘You are a very unpleasant offender who has no conscience about fleecing elderly victims.’

Doyle was jailed for three years and five months, added to his existing jail term.

Flannigan, 25, Kinross, was jailed for three years and 11 months.

Flannigan and Doyle were both given indefinite criminal behaviour orders banning them from cold-calling or doing building, repairs or maintenance works at the homes of people aged 60 and over.

William Stewart, 23, from Ellington, York, was jailed for two years and nine months.

Graham Thom, 27, from Turriff, Aberdeenshire, was jailed for 21 months as the judge said he was a drug addict intimidated by others.

Other victims included a now-deceased man in Pocklington who paid £11,000 for unnecessary roof work, and a 91-year-old Gateshead man.

Gang members had their bank accounts frozen as investigators closed in with reports to trading standards along with phone, number plate and CCTV evidence.

Two other men – father and son Paul and James Masterton, from Newcastle – were each given a one-year community order with 250 hours’ unpaid work and a six-month tagged curfew between 6pm and 6am, and must pay £1,000 compensation each to one victim.

Judge Morris praised the ‘thorough and professional’ investigation by North Yorkshire County Council which brought the group to book.

‘It left them nowhere to go,’ he added.