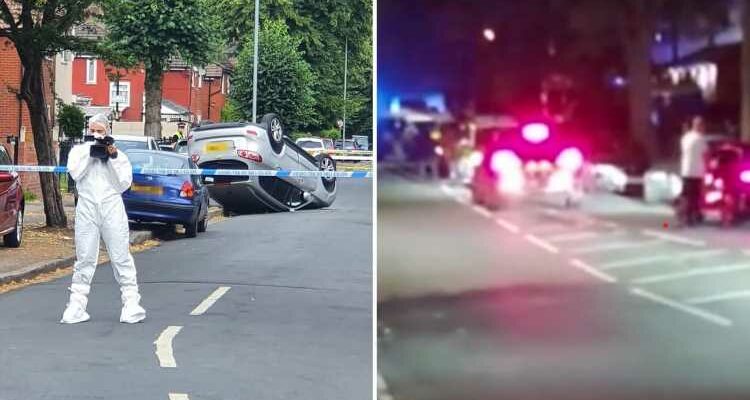 REVELLERS celebrating an engagement party were forced to run for their lives after gunshots were fired, as four people, including a 16-year-old girl, were hurt.

The early-hour celebrations quickly turned into chaos on Birch Hall Lane, in Longshot, Manchester, as hundreds of people fled the scene in a bid to escape. 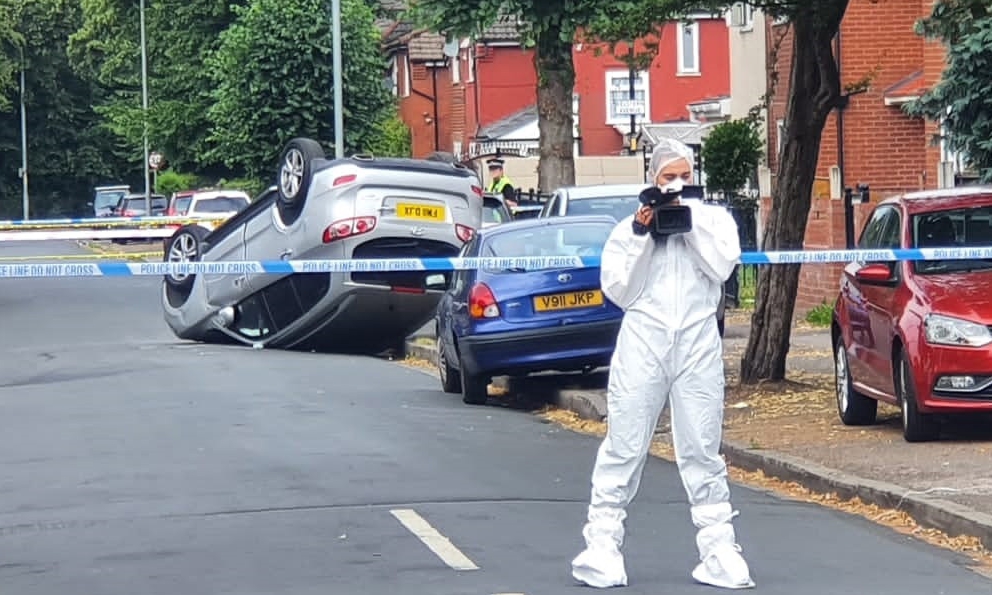 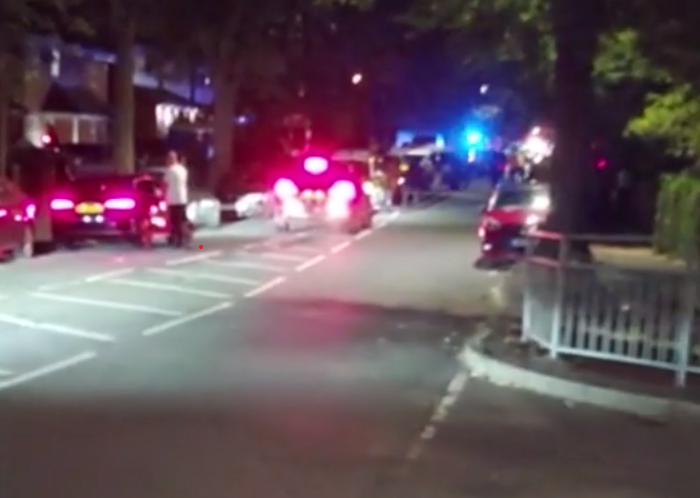 Witnesses told the Manchester Evening News that two neighbouring houses had been holding a huge party on Saturday evening when the horrifying incident happened.

Around 300 to 400 people had been in attendance at the celebration when a fight broke out in the gardens, around 1am.

Five shots were fired during the altercation, according to police reports, with four people, including a 16-year-old girl, later attending hospital.

It was not currently known whether there were any further injuries.

A 27-year-old woman and the 16-year-old girl also sustained injuries in the incident, with the latter having now been discharged from hospital.

A witness today spoke of how his young family came dangerously close to the gunshots.

His young son had been left “traumatised” by the incident, he said.

The witness had been in the garden of a nearby property when he heard “5 to 6” gunshots, around 1am.

"They thought they were fireworks but then everyone realised they were gunshots.”

“People were confused,” he said. "They thought they were fireworks but then everyone realised they were gunshots.”

He described a “stampede” of people rushing out from the garden, and said as soon as his group heard people rushing, they realised it wasn’t fireworks nor had they seen any lights.

At this point, he said the group retreated indoors.

“We heard a massive bang and later on came to discover a car had crashed..Some said it might have been people trying to flee.

"Some people said they dragged the passengers out of the upside-down car but I didn't see that happen.”

The witness said if the shooter had missed, and the gunshots came through the fence, his group – which was in a small marquee outdoors with several kids 2 would have been shot.

"I had to sleep next to my son because he was crying all night. He thought they were going to kill him; he's traumatised,” he said.

Another witness, who did not wish to be named, claims she was told a man arrived at the gathering and stood among party-goers before opening fire.

She said: “I heard six shots. A man in shock who was at the party came near my house and told me a man had come and stood next to him (at the party) shoulder-to-shoulder.

“The next thing he knew, the man lifted his arm and started shooting.

The witness said the attacker could have been a “random person” that was there.

Shortly before 2am, police also received a report of a car on its roof on nearby Thoresway Road – though it was unclear whether this was connected to the shootings.

However, detectives say they are exploring every line of inquiry and out of caution are treating this as linked at this time.

Superintendent John Harris from the City of Manchester District said it was “unacceptable” behaviour which would not be tolerated.

"Our enquiries are still in the very early stages as we piece together what took place overnight, but we are currently at the scene and we are collating any evidence that can aid in our pursuit of who is responsible,” he said.

Harris asked that anyone in the area who had any useful information, get in touch with police. 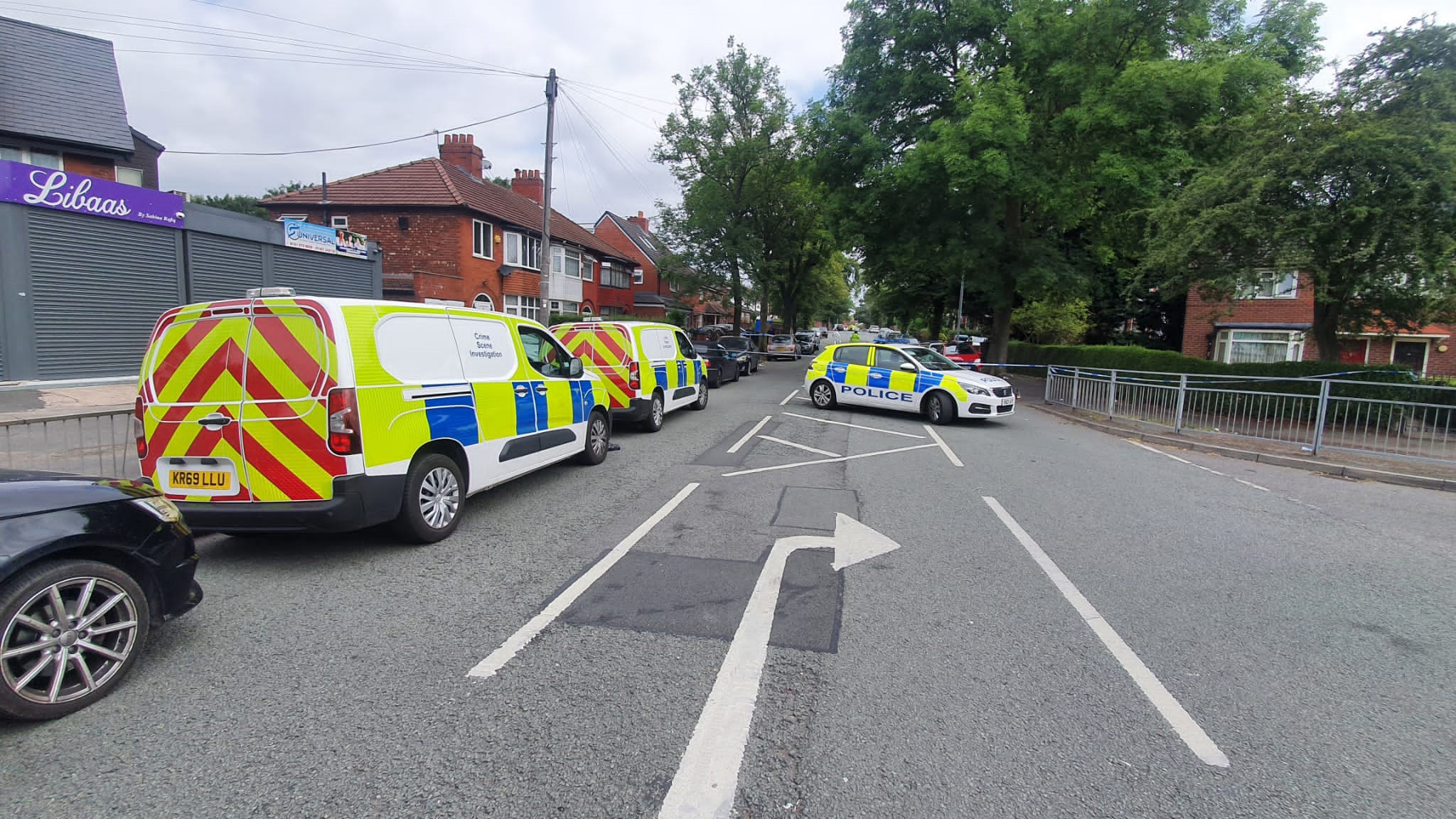 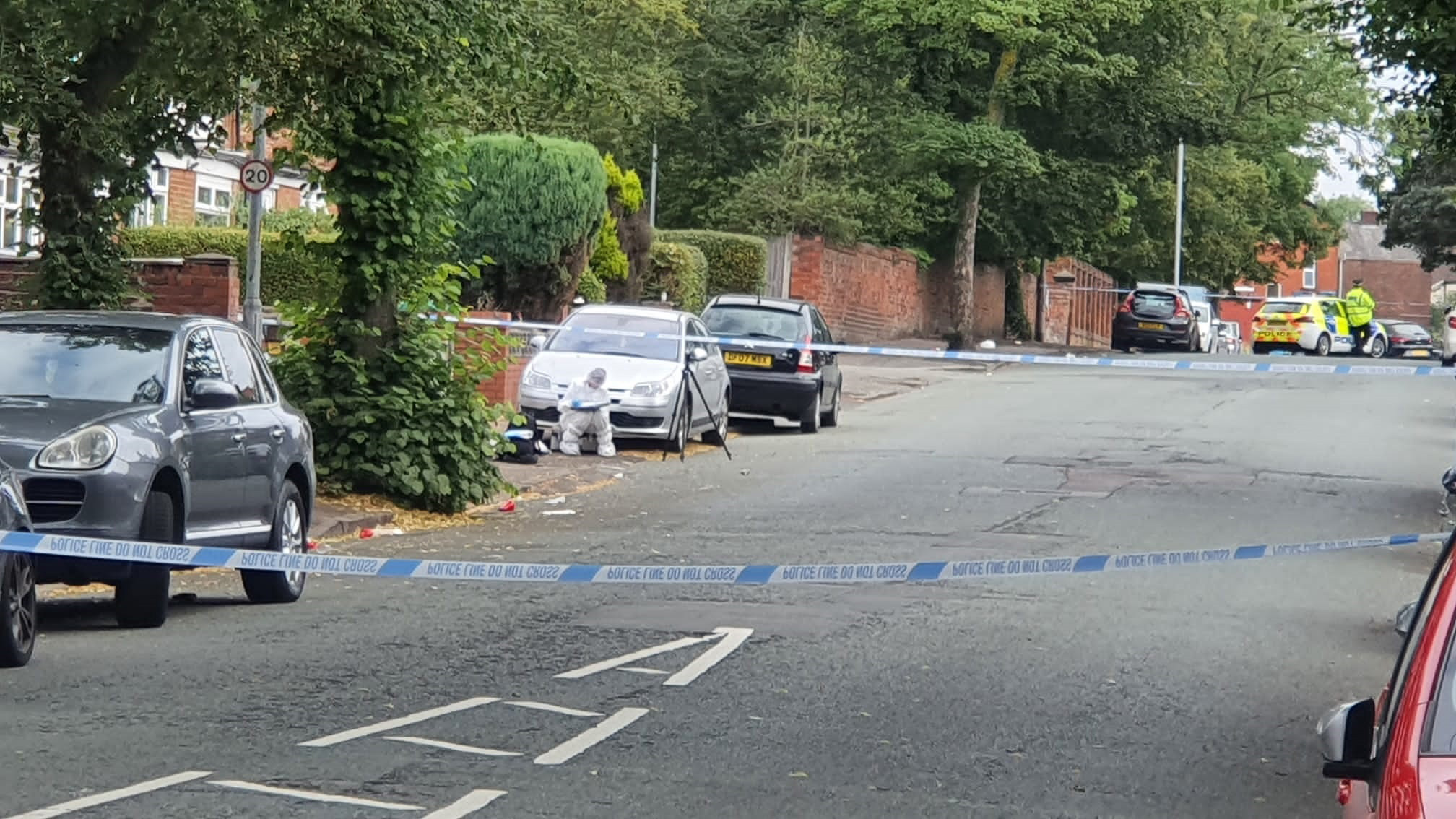