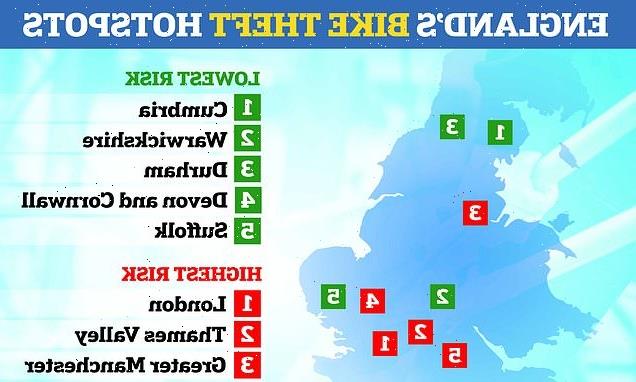 Do YOU live in one of England’s bike theft hotspots? Map shows the best and worst regions for stolen bicycles with more than 72,000 predicted to have been nicked by end of the year

Cyclists living in London, Thames Valley and Greater Manchester are more likely to have their bicycles stolen than any other region in England, data has revealed.

Using police records, price comparison site Comparethemarket predicted 72,445 bikes will have been stolen in England by the end of 2022.

However, bike theft rates have risen more in Leicestershire than any other location, with a 23 per cent increase since 2020.

London had the highest predicted number of bike thefts in 2022, with 22,818 estimated to have been stolen by the end of the year. 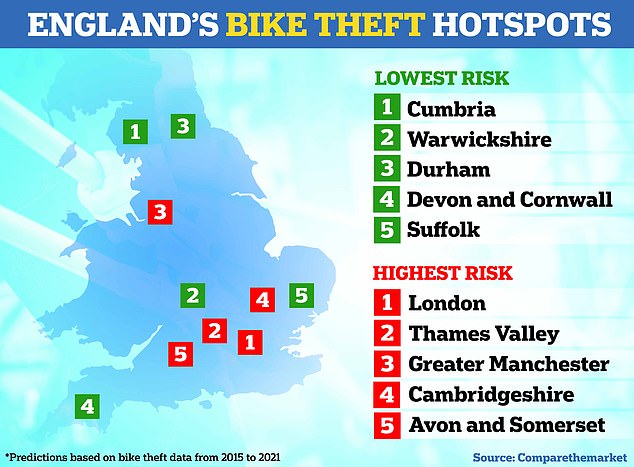 Revealed: The top five regions in England that have the highest and lowest risk for bike thefts 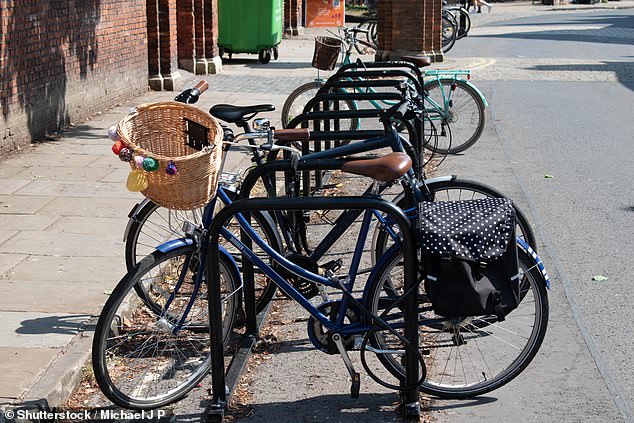 Using police records, price comparison site Comparethemarket predicted 72,445 bikes will have been stolen in England by the end of 2022

This earned the capital and its suburbs a bike theft probability score of 5.4 out of ten.

Meanwhile, Thames Valley – which covers the likes of Oxford, Milton Keynes and Slough – had the second highest number of predicted bike thefts, at 4,460.

This saw the area score a bike theft probability score of 3.8 out of ten.

Closely followed was Greater Manchester with 4,354 predicted bike thefts and a probability score of 2.8, meaning it ranked in third place.

Is this the most brazen thief ever? Moment middle-aged thief used bolt cutters on lock before making off with £1,200 bike 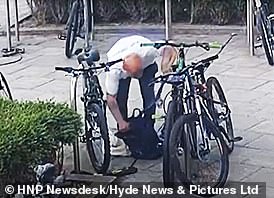 A prolific thief was caught on CCTV casually taking out a pair of bolt cutters and stealing a bike in Worthing, West Sussex

Meanwhile, ranking fifth Avon and Somerset will see 2,598 bike thefts recorded by the end of the year.

West Yorkshire, which covers Bradford, ranked ninth with 1,773 predicted bike thefts and Northumbria came in as the tenth worst region for stolen bicycles in England, with 1,654.

It comes after a cycling boom during the pandemic, with retailer Halfords reporting a 57 per cent rise in bike-related sales during lockdown.

At the other end of the scale, cyclists in Cumbria are the least at risk of having their bikes stolen with a total of just 169 thefts predicted for 2022, followed by Warwickshire with 372 predicted bike thefts.

Durham was the safest region in England for bike thefts, followed by Devon and Cornwall in fourth, Suffolk in fifth and Cleveland in sixth.

Gloucestershire, Wiltshire, Northamptonshire and Lancashire made up the rest of the locations where cyclists are least at risk of having their bikes stolen.

Meanwhile, Leicestershire saw the largest increase in bike thefts over the past few years, with police reports rising by 23 per cent between 2020 and 2021.

Wiltshire ranked second, with the number of bikes stolen rising by 14 per cent within the same time period.

Humberside, South Yorkshire and Merseyside followed with each region seeing an increase of 12 per cent.

Anna McEntee, director at Comparethemarket, said: ‘With so many bike thefts taking place across the country, it’s crucial that cyclists do everything in their power to prevent their bikes from being stolen.

‘This should include investing in high-quality locks, being careful about where you park your bike and registering with the National Cycle Database.’

With an estimated 71,541 cases of bike theft expected to take place across England in 2023, it’s crucial that cyclists do everything in their power to prevent their bikes from being stolen.

Here are a few things cyclists can to do keep them secure: