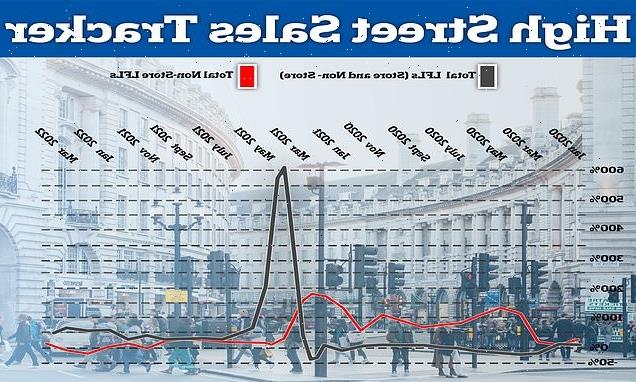 Retail sales have grown at their lowest rate since the pandemic which saw a high street locked down as consumers now keep their cash in their pockets amid soaring inflation.

Total like-for-like sales in June increased by 8.4%, compared with figures a year ago, which is the smallest increase since February 2021.

According to the BDO High Street Sales Tracker, most of this fall can be seen in the 8.8% drop in homeware sales suggesting that consumers are postponing large purchases.

The figures – released on Friday – come as total UK footfall fell by 10.5% in June compared to three years previously – which was a slight improvement on May. 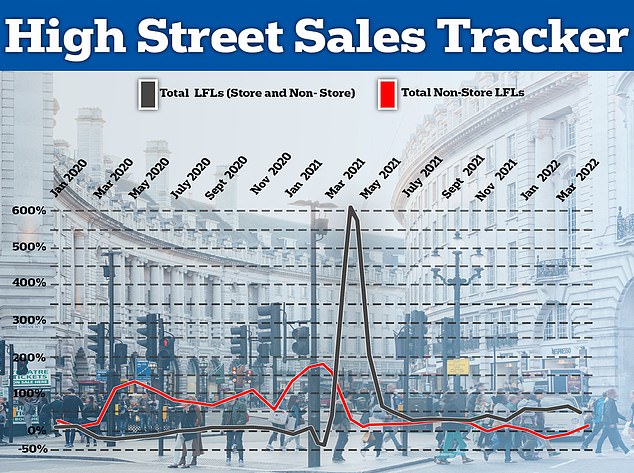 Total like-for-like sales in June increased by 8.4%, compared with figures a year ago, which is the smallest increase since February 2021

Lifestyle sales through online channels also fell for the eighth consecutive month, while consumers are thought to look elsewhere to spend their money.

The current CPI rate – which measures inflation – is at 9.1 per cent and is forecast to rise to as high as 11 per cent later this year.

Sophie Michael, head of retail and wholesale at BDO, said: ‘These results confirm that the outlook for retailers is of concern. With consumer confidence at historically low levels, real wages falling to a 20-year low and interest rates set to rise further, there are few signs of encouragement for retailers.

‘The fashion sector has undoubtedly been boosted by consumers refreshing their wardrobes for summer holidays.

‘However, the weak sales growth for online retailers and the negative results for the homewares sector are key indicators that consumers are tightening their purse strings on discretionary spend and in particular on big ticket items.’ 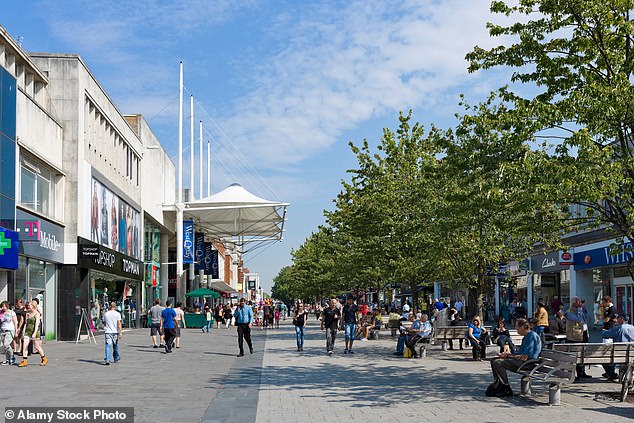 Retail sales have grown at their lowest rate since February 2021 as high inflation and the deepening cost-of-living crisis deter consumers, figures show

According to British Retail Consortium (BRC)-Sensormatic IQ data, footfall on high streets was also down 13.9% on June 2019, while shopping centre visits were down 24.1%.

‘This is only set to worsen in October as the energy price cap rises and the colder weather increases usage.

‘With many people struggling, retailers are doing all they can to support their most vulnerable customers – from expanding value ranges to offering discounts to vulnerable groups, raising staff pay and investing in lower prices for the future.’ 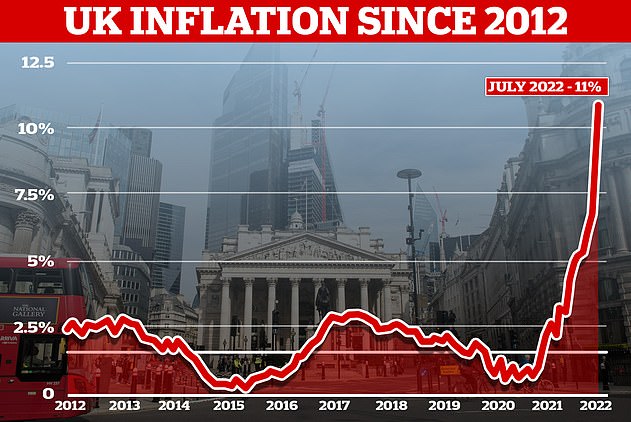 The news comes as economists have warned of a recession, including Paul Johnson, director of the Institute for Fiscal Studies, who said last month that drastic action may be required as the economy appears to be contracting.

He added that the Bank of England may have no choice but to ‘force a recession’ to bring down inflation.

Mr Johnson told Times Radio: ‘It looks like we’re already in a period of negative growth. And I think the tough judgment the Bank may have to make is we may actually – and this is why they’re independent – they may have to, as it were, force a recession in order to get inflation out of the economy.’

The Bank of England also gave a gloomy update earlier this month, saying households were facing a serious squeeze on their finances – and warned of a wave of company collapses.

In its latest Financial Stability Report, the Bank said: ‘The economic outlook for the UK and globally has deteriorated materially. Following Russia’s illegal invasion of Ukraine, global inflationary pressures have intensified sharply.’

Energy prices have shot up as Western countries have shunned Russian oil and gas exports.

And food prices are also spiralling higher, as Russia and Ukraine are major exporters of essentials such as wheat and sunflower seeds used in cooking oil.

But the Bank thinks the worst is yet to come. It added: ‘The rise in living costs and interest rates will put increased pressure on UK household finances in coming months.’