The explosion happened at 8.30pm on Sunday local time (11.30am UK time) in Sapporo, the capital city of Japan’s main northern island of Hokkaido.

The cause is still under investigation.

Police said 42 people had been injured. 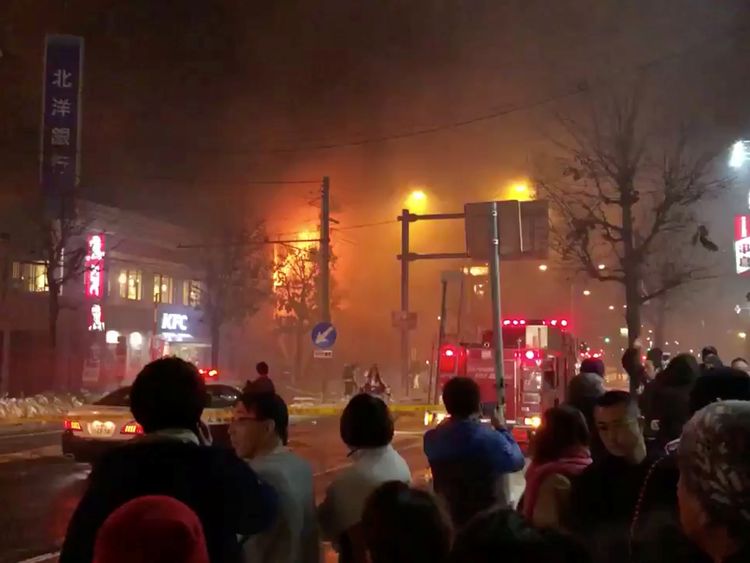 Most of the injuries were minor but one person is in a serious condition, they said.

A man in his 50s who lives nearby told the Japan Times: “I heard a bang, which sounded like thunder, and my condo was shaken.”

According to Japanese news agency NHK, the restaurant, a two-storey building, was destroyed in the explosion. 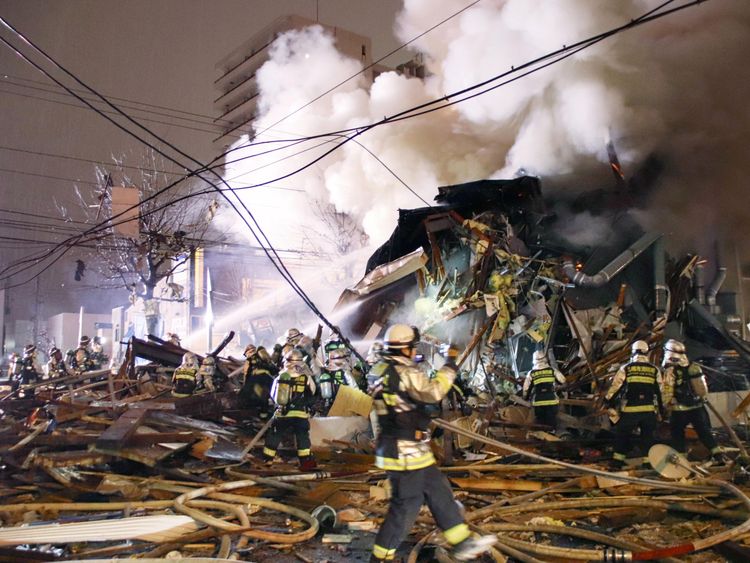 Broken glass and other debris was scattered in the surrounding area.

Smoke was seen billowing from the building as dozens of firefighters tried to extinguish the flames.

A witness told NHK that he smelled gas after the sound of an explosion.