A respected school secretary who lost her job after she was convicted of slapping a 15-year-old boy has today had her conviction overturned.

Jane Farmer was previously found guilty of assault by beating and sentenced to 100 hours unpaid work after a trial at Southampton Magistrates Court, Hampshire.

Farmer, who had enjoyed an unblemished 12-year career, allegedly struck the pupil while working at Arnewood School in New Milton, Hampshire.

It was previously heard by magistrates in September she had been trying to help a female teacher with a disruptive pupil.

Farmer demanded he leave the classroom and he accused her of striking him.

The 57-year-old who denied the charge against her throughout proceedings said she was walking with the youngster to the teacher’s office when she thought he looked ‘unsteady on his feet’.

Farmer claimed she had put her hand out to stop the boy from falling and hurting himself.

Colleagues told a trial they had heard a slapping noise but did not see anything.

The teenage pupil was taken to see the school nurse after the incident on January 22, and there was also no visible injury.

The trial herd Farmer had lost her job at the school, which boasts an ‘outstanding’ Ofsted rating, and would never be able to work with children again.

Farmer, of New Milton, Hampshire, has now been cleared of one count of assault by beating. 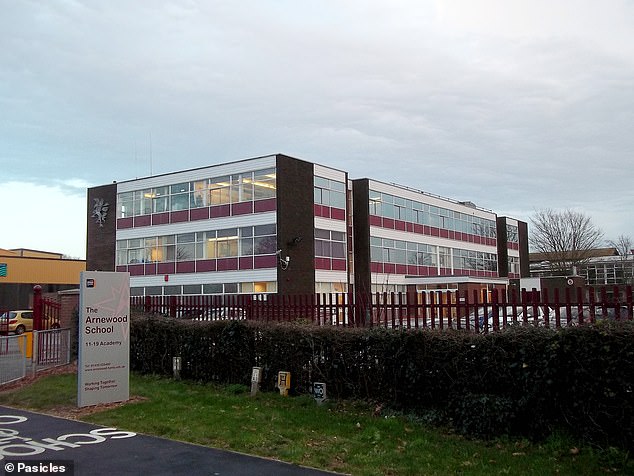 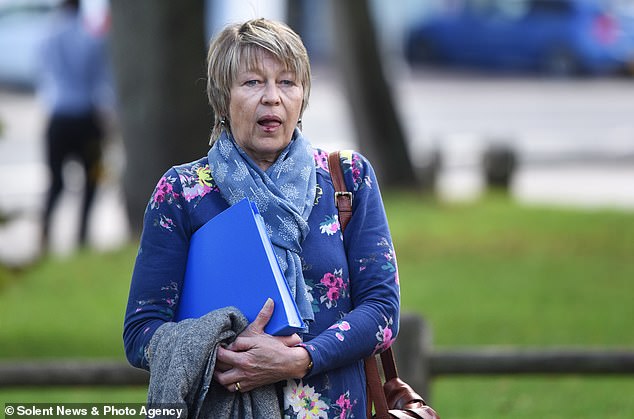 Arnewood School sits on the edge of Hampshire’s New Forest, near the Dorset border. The secondary school and sixth form teaches just over 1,000 boys and girls from the ages of 11 to 18.

It is unclear whether now she has been cleared Mrs Farmer can now apply to get her job back.

A spokesman for the school said: ‘At the time of the incident The Arnewood School conducted an internal disciplinary hearing, which resulted in a written warning and Mrs Farmer being able to return to work.

‘When criminal proceedings were brought forward Mrs Farmer was suspended and following her conviction she resigned her position.

‘As she is no longer an employee of the school it would be inappropriate to comment any further.’