Amusing footage shows rescue staff jumping and screaming to teach young orangutans that they should be scared of snakes.

Orangutans are critically endangered, with deforestation and mass forest fires threatening their homes and poachers targeting them.

Baby orangutans are placed in nursery groups and teenagers in Forest School where they are taught how to survive in the wild.

Staff had a hilarious time summoning their acting skills to persuade the apes to associate snakes with danger.

They were filmed making over-the-top gestures and noises after fake snakes were put on the ground.

Many of the orangutans also have to be taught how to feed themselves.

BOS workers do this by syringing food into holes created to mimic where the apes usually find insects. 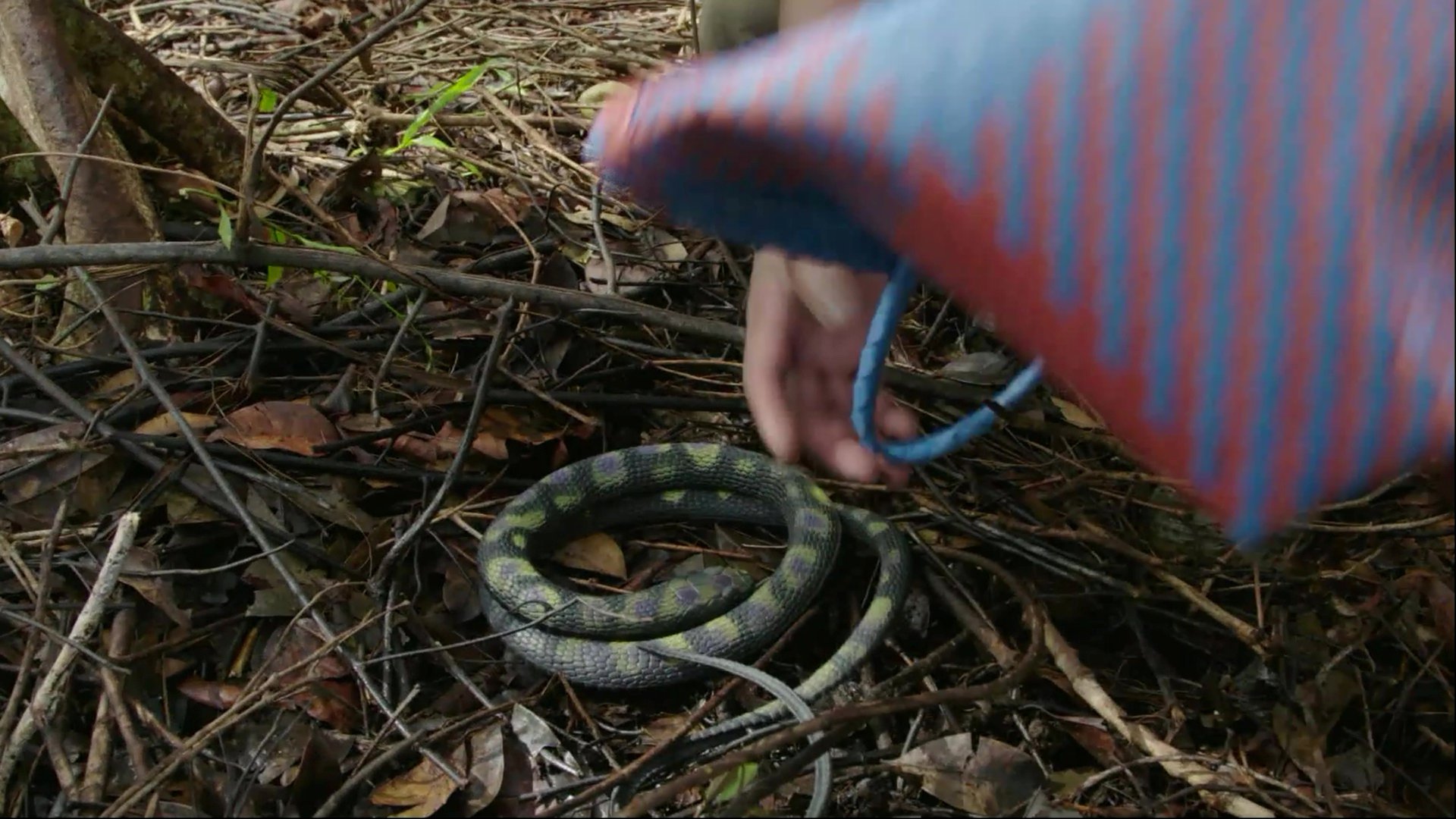 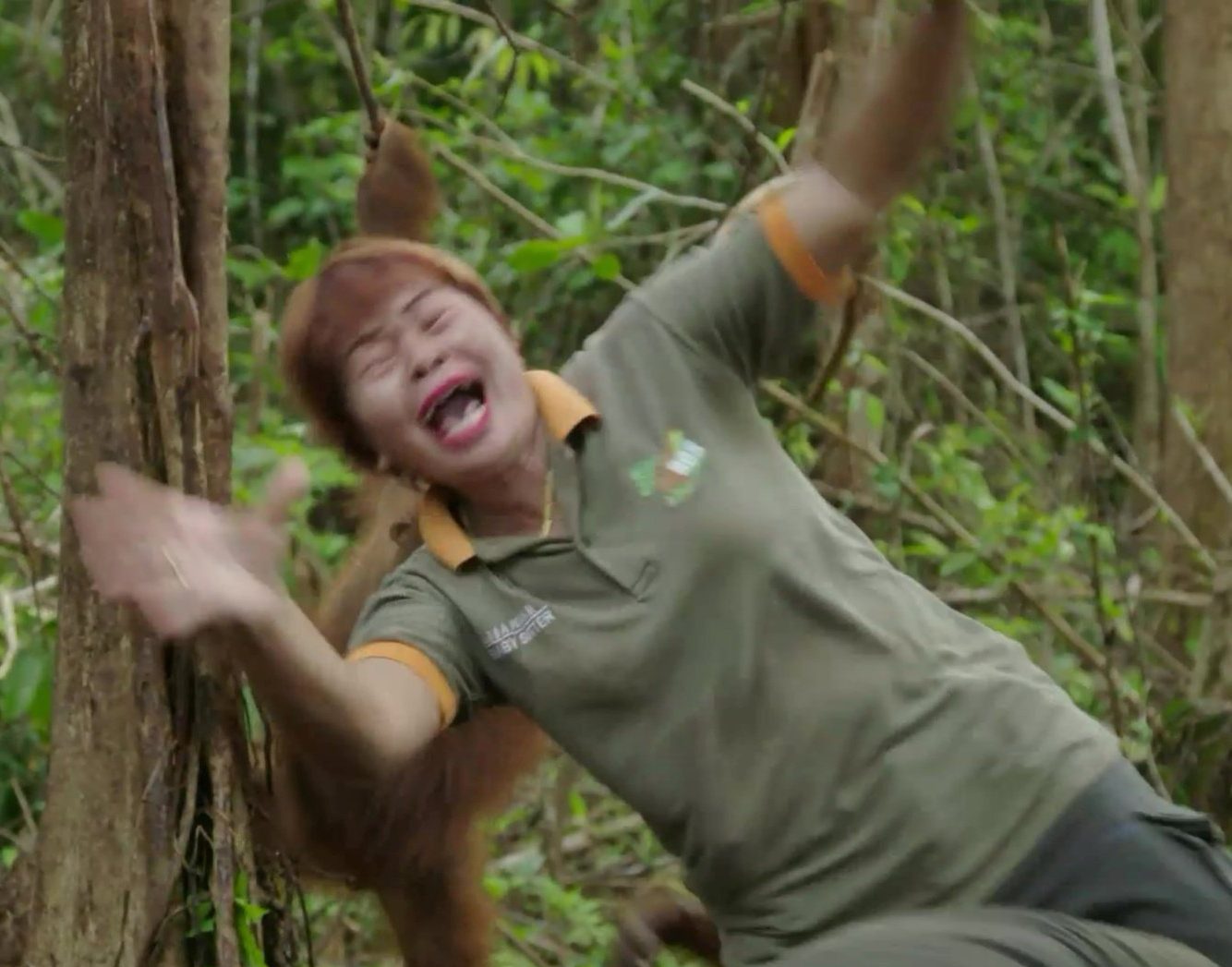 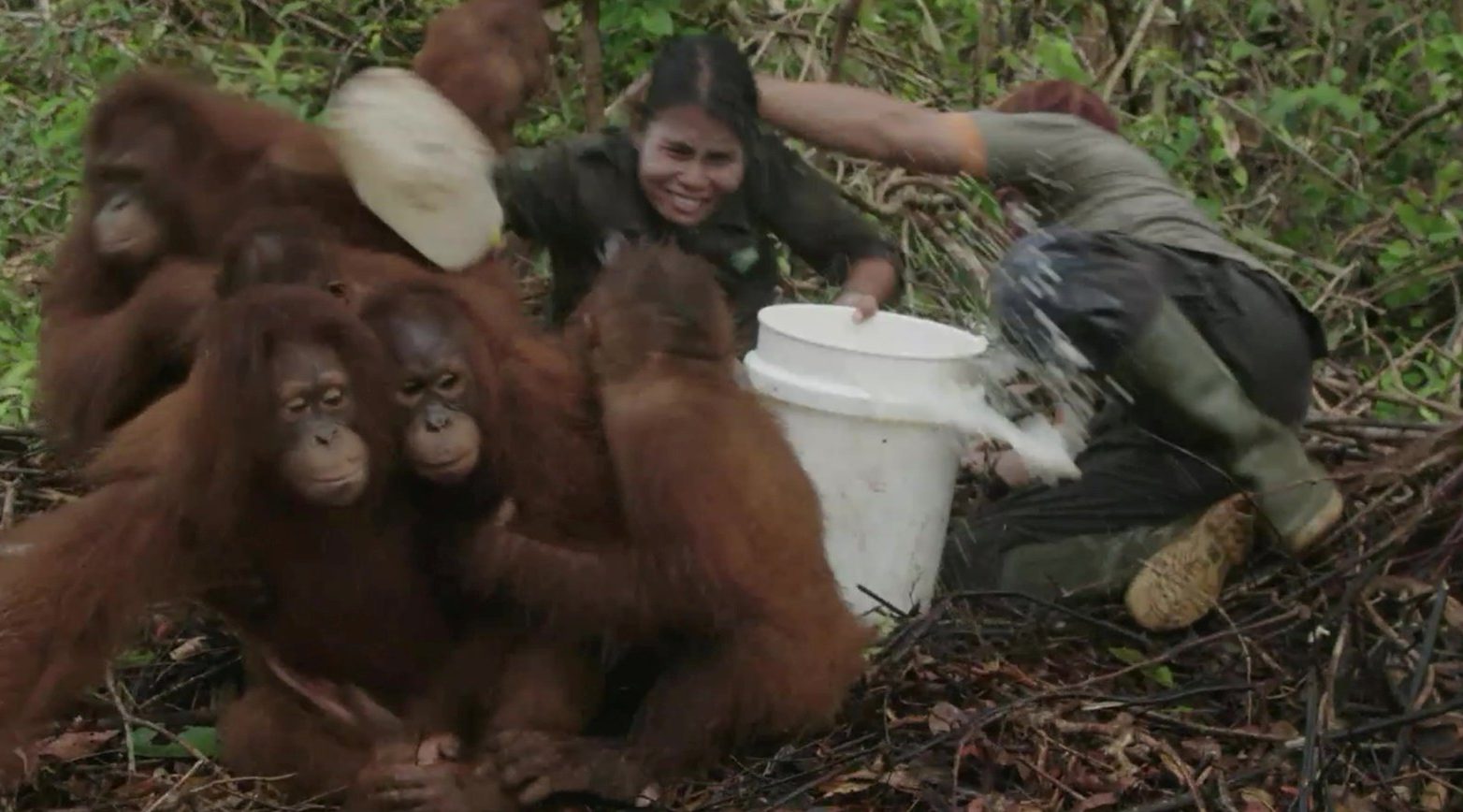 BOS’s Nicola Walpen said: ‘Orangutans must learn everything about forest life; from how to access all the natural foods on offer, to how to build secure nests.’

Once the orangutans finish their life skill training, they are taken to a large enclosure where they can practise socialising.

Nicola says this ‘pre-release island’ is the ‘final test’ before they are released back into the wild.

‘Orangutans have to prove themselves to be capable foragers, adept climbers, innovative nest-builders and be appropriately wary of humans’, she said.

But even after their big venture into the wilderness, the orangutans are not just left to fend for themselves.

A post-release team monitors the apes by following them from a distance and collecting behavioural data. The team is on hand to intervene if anything goes wrong.

The BOS Foundation was founded in 1991. It gained international attention in April 2017, after it rescued an albino orangutan called Alba.

Alba was found starving in a cage after she was kept as a pet in Central Kalimantan. 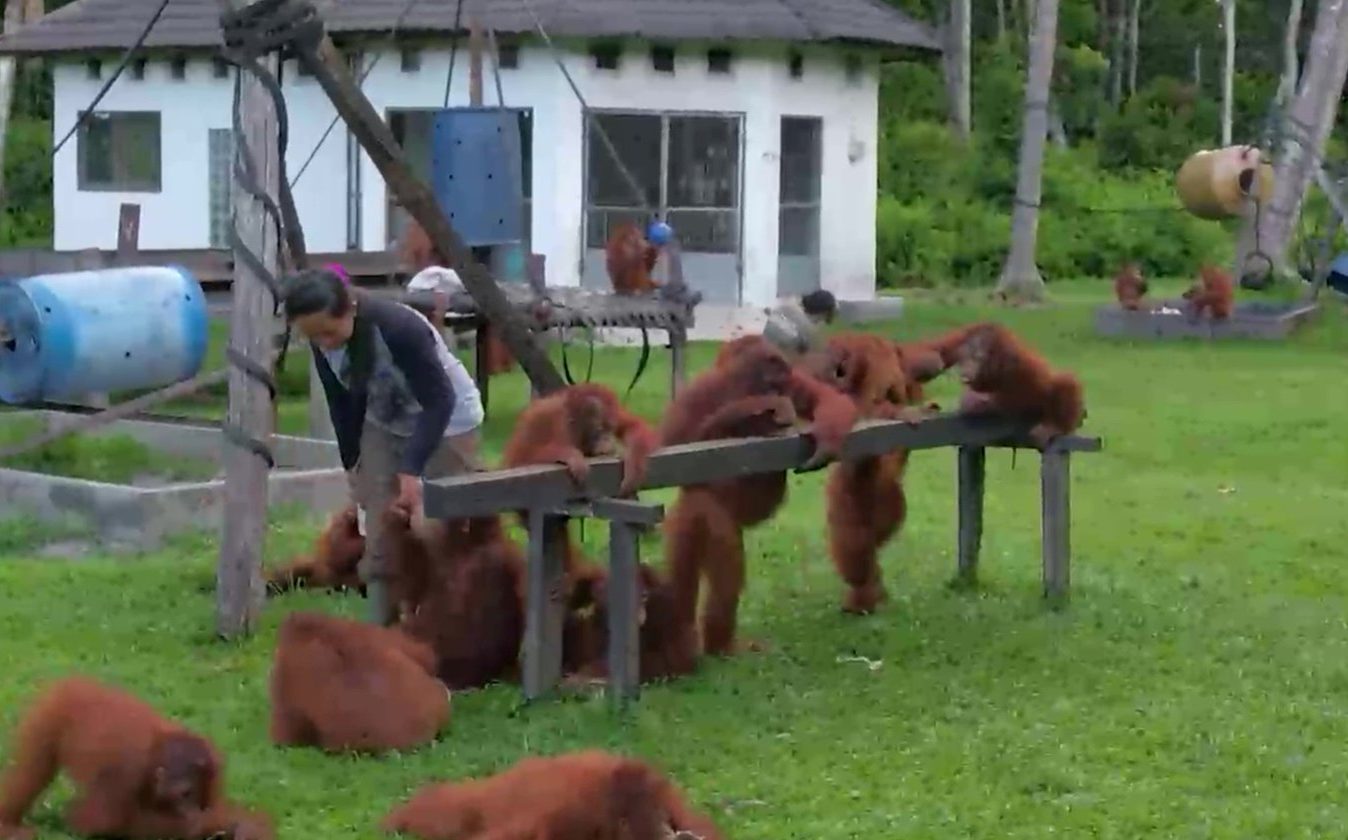 She spent two years at BOS’s Nyaru Menteng Orangutan Rescue and Rehabilitation Center before she was able to start living in her natural habitat again.

Nicola said: ‘Together, we can protect orangutans but we must act now. Orangutan conservation is a global issue. If we lose orangutans, we risk losing forests and all life within them.

‘We can protect rainforests from destruction, support local communities and make a real difference.

‘We share a range of content about the work we do and put the spotlight on our great team of dedicated people.

‘If we don’t stop their destruction, nothing else will matter. It’s as simple as that. It’s about your future, and the future of generations to come.’