Cal swimming and diving coach Teri McKeever, a former U.S. Olympic head coach, is accused of verbal and emotional abuse, bullying and threatening athletes in a report published by the Orange County Register on Tuesday.

McKeever reportedly “routinely bullied” swimmers by screaming and swearing at them and used racial epithets and profanities in rap music. She allegedly pressured athletes to train despite proof of physical reasons for sitting out and shared confidential medical information. McKeever, a former Pac-12 swimmer at USC, reportedly targeted a few swimmers each year and often targeted LGBTQ swimmers. She often shamed her swimmers in front of other teams, coaches and swimmers.

McKeever is one of the most highly decorated swimming coaches in the world. She was the first and only female head coach of the U.S. Olympic team when she led them to the 2012 London Games and worked as an assistant in 2004 and ’08. She’s been at Cal for 30 years and earned nine Pac-12 Coach of the Year honors as well as four NCAA championships. Her six National Swimmer of the Year winners include Natalie Coughlin and Missy Franklin. She has coached 26 swimmers who collectively won 36 Olympic medals. 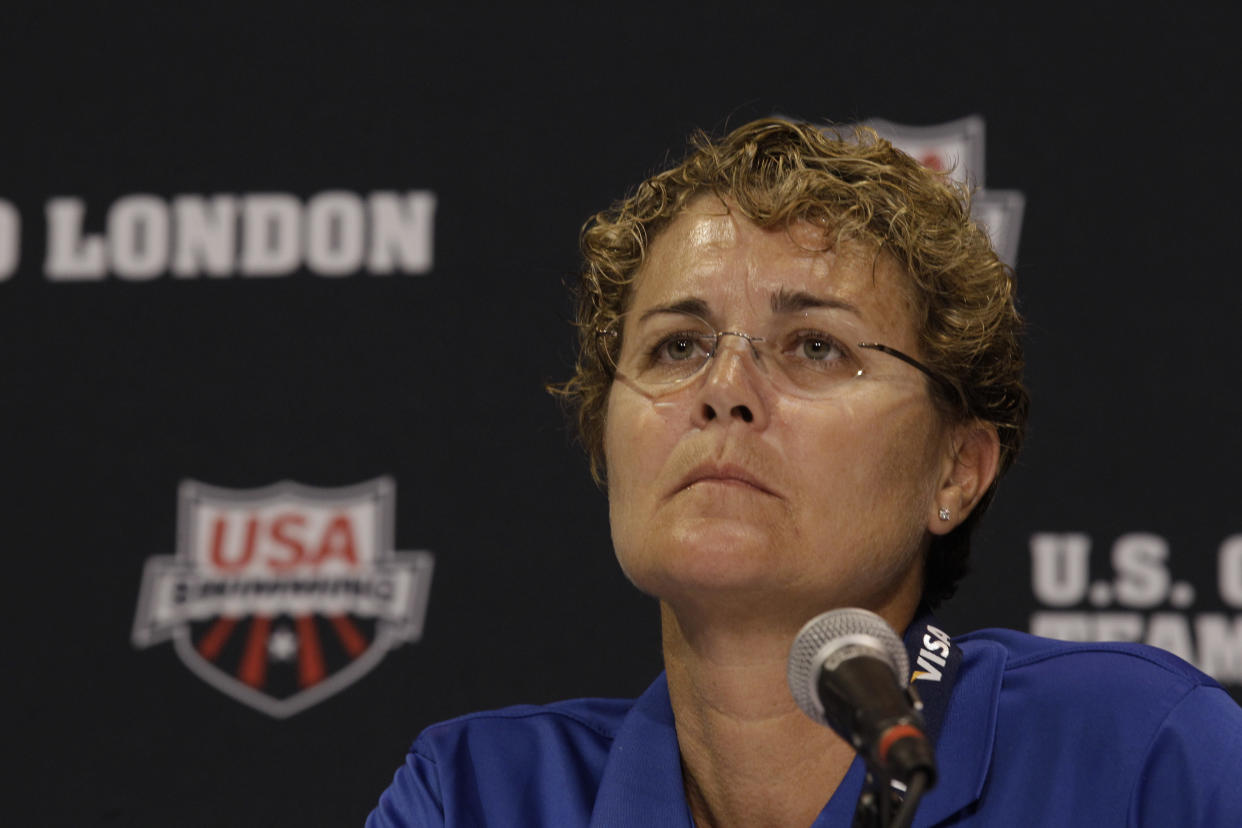 Four members of the 2021-22 team have already transferred or entered the portal and half of the current team is “terrified” to go to practice because of the coach’s bullying, the Register reported. McKeever would reportedly be angry about bad practices, weight, injuries, illness “and even the look on their faces.”

Danielle Carter, is one of “at least six Cal women’s swimmers since 2018 who made plans to kill themselves or obsessed about suicide for weeks or months” because of McKeever’s behavior, per the report.

One reportedly considered crashing her car and another said she had “very graphic” thoughts about suicide. Another told her boyfriend she needed something “that will physically stop me from having to go to that practice. Like I didn’t want to go that badly that I was willing to cut myself open,” she told the Register. McKeever at one point made a remark to one recent swimmer about suicide.

“Teri said, ‘I’m surprised you haven’t killed yourself, you’re struggling with swimming, struggling with class,’” the swimmer remembered McKeever telling her. “That really took me back. I really didn’t know what to do with that information.”

When parents were looped into video calls about issues, it became combative, per the report.

Issues raised since 2014 regarding abuse

Swimmers and parents said they raised issues about McKeever to athletics director Jim Knowlton and executive senior associate athletics director Jennifer Simon-O’Neill, per the Register. She is also the senior woman administrator. Those complaints were “ignored or met with indifference.”

Former swimmer Chloe Clark told the Register she met with Simon-O’Neill to complain about body-shaming issues and the release of medical information, which violates federal privacy laws. Simon-O’Neill reportedly said she would talk to McKeever about the privacy issue, but “Teri is producing Olympians, she’s an Olympic coach. There’s really nothing more I can do for you.”

“That was really disappointing,” Clark said, via the Register. “I eventually left because the atmosphere is so bad. Everyone there is afraid of Teri and swimming in fear. Meets aren’t fun. Everyone is crying. You’re just swimming in fear. I think she produces athletes by fear factor. And they’re so scared and they want to perform so well that they’re not getting screamed at or bullied. I guess it works for some people but in terms of mental health, girls are not OK there. I really like hope someone listens.”

Reports of abuse in coaching are coming to light more often in sports and leagues around the country. The NWSL experienced a reckoning last year and collegiate coaching allegations have spanned basketball, soccer and more. The Olympic development programs, namely gymnastics, have also dealt with allegations of toxic and unhealthy environments.

Often times these allegations date back years or decades, but have been covered up or ignored. Some coaches switch jobs before it catches up with them, and the former school wipes its hands of the situation.