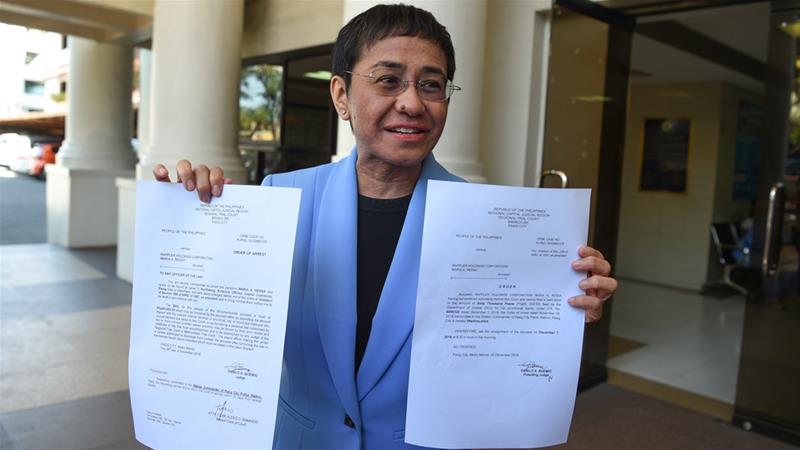 A Filipina journalist, who leads a news website that has questioned Philippine President Rodrigo Duterte’s deadly drug war, has vowed to continue reporting on his administration’s policies despite threats to arrest her and efforts to shut down her company.

Maria Ressa, CEO and executive editor of Rappler, said on Tuesday the filing of five tax evasion charges against the news site “is a clear indication” that the Duterte administration is using the law “as a weapon against its perceived enemies” and to weaken the country’s press freedoms.

“The fact that these cases are filed against us, and there are so many of them, it is a clear indication that we must be doing something right,” Ressa told Al Jazeera, a day after posting the equivalent of $1,100 bail on one of the tax evasion charges she faces.

“I’ve always paid my taxes and in many instances overpaid them,” she said, adding Rappler has also been ranked one of the top taxpayers in the country.

The arraignment of the case is set for Friday and Ressa said her lawyers will file a motion to dismiss, citing lack of jurisdiction.

“The regional trial court does not have a jurisdiction on a tax case, normally,” she said. “The fact that they even touch this when it is already tried in the court of tax appeal shows you how irregular it is.”

The four other tax evasion cases, which all carry separate arrest warrants, are still pending in a special tax appeal court.

The government maintained that Ressa’s company did not pay taxes when it sold bonds that netted an equivalent of $3m in 2015. It also charged Rappler’s accountant, the Amsterdam-based KPMG.

Despite facing numerous legal obstacles, Ressa said Rappler will continue reporting on the “impunity series” linked to the deadly war on drugs and raise questions on the number of deaths reported by the government.

Human rights advocates and an opposition senator said the death toll in the government’s war on drugs had already surpassed 20,000 since Duterte came to office in 2016.

The government, however, disputed that number, saying the death toll is much lower. According to the latest government report published on October 31, a total of 4,999 people were killed since the launch of the campaign in 2016.

In one of the most controversial killings, three police officers were convicted of murder on November 29 for the death of a 17-year-old high school student in August 2017.

Duterte has repeatedly verbally attacked politicians, senior clergy members of the Catholic Church and media outlets who voiced their opposition to his deadly drug war.

Aside from Rappler, the president has threatened not to renew the license of ABS-CBN, the largest media company in the Philippines. The owners of the country’s largest newspaper, Philippine Daily Inquirer, were forced to sell the publication to a Duterte ally after publishing news reports and editorials critical of the mounting deaths. 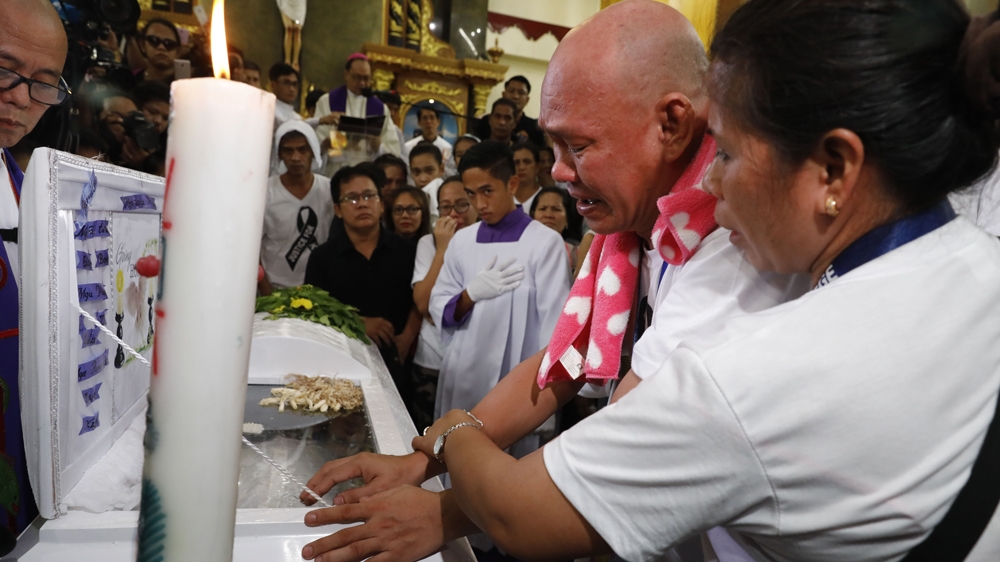 “It’s a question of tax evasion. You violate tax laws, then you will be prosecuted,” he told reporters, adding the president “will never interfere with the function of the judiciary”.

‘Instilling fear in the press’

But Carlos Conde of Human Rights Watch said the charges “are politically motivated and part of the Duterte administration’s campaign to harass, threaten and intimidate critics”.

“This is not surprising behaviour by the administration but is nonetheless abominable,” Conde said in a statement to Al Jazeera.

He said the attacks on Rappler are “consistent with the way the Duterte administration has treated other ‘drug war’ critics”.

In a statement, the Manila-based Center for Media Freedom and Responsibility called the threat to arrest Ressa “the most outrageous of the chain of threats and harassments” against Rappler.

“The president has succeeded to instill fear in the press community, especially among the owners of the media,” it said.

Ressa warned that the changing landscape of journalism and social media will make journalists “far more vulnerable, not just in the Philippines, but all around the world”.

But she said Rappler would continue to “hold the line” and make the government accountable to the Filipino people.

“We are asking for accountability,” she said. “We are just journalists doing our jobs. We want the government to do its job as well.”