A doorstep rapist rapped on YouTube that he was ‘stressed’ because he could not get consensual sex after he attacked five women in a terrifying two-year spree.

Francis Mukendi, 27, used knives and a hammer to force the ambushed victims to perform sex acts on him in Camden, north London, between September 2017 and December 2019.

The rapper, who performs under the name Raver Artist, targeted the lone women as they made their way home late at night before demanding oral sex on doorsteps and in communal stairwells.

Two of the victims were filmed during the incidents, while others said they managed to escape after screaming for help.

Mukendi was found guilty of four counts of rape, three of attempted rape, two of sexual assault and four of possession of a bladed article by a jury at Wood Green Crown Court last week.

It can today be revealed he made references to his offending in rap videos littered with misogynistic language, references to selling drugs and violence.

In an animated video uploaded to YouTube in May 2020, after the attacks had taken place, he said: ‘I’m fed up. I ain’t had so no sex so I’m stressed out. 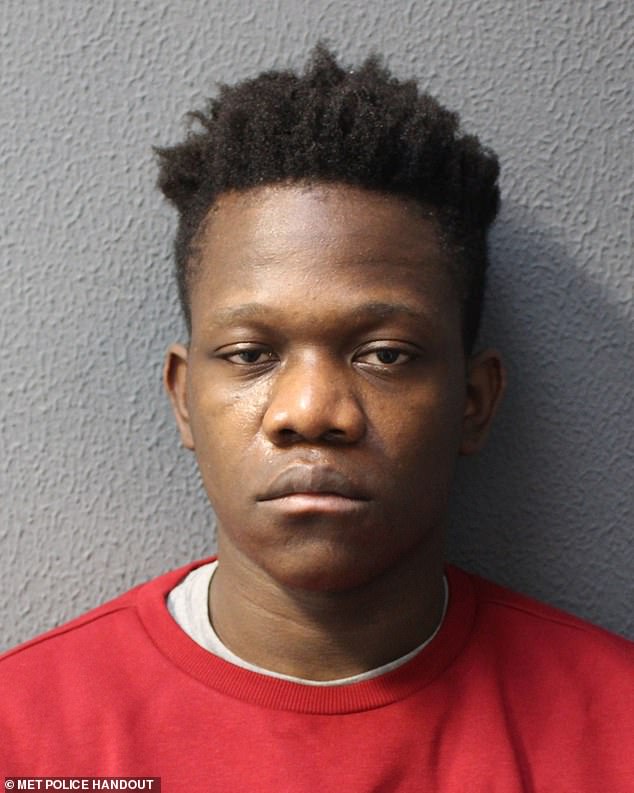 Francis Mukendi, 27, pictured, lay in wait as young women walked towards doorsteps or communal stairwells to force his terrified victims to perform sex acts on him 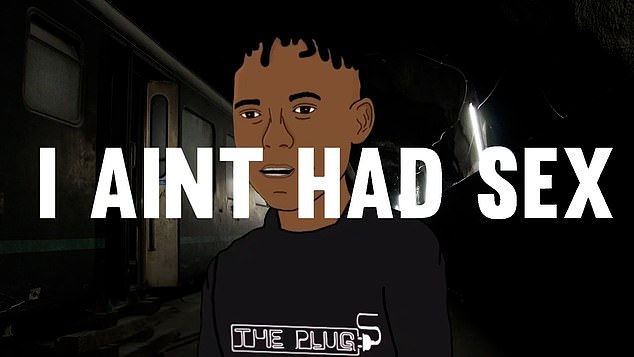 In an animated video uploaded to YouTube in May 2020, after the attacks had taken place, he said: ‘I’m fed up. I ain’t had so no sex so I’m stressed out’ 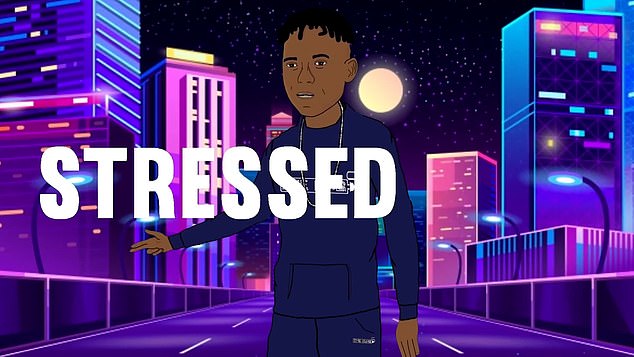 The song has just 2,148 views on the video platform.

In another video, he raps: ‘Late night in the trap house doing up hours man don’t slip.

‘Could have went and got me a couple of brainers but I’m out here tryna chase this cream.’

He also mentions possession of a ‘Rambo’ knife similar to the one used to threaten his victims.

The video has been viewed more than 12,000 times and is called ‘9am in the Bando’ – another term used to describe a drug den.

It was posted in October 2019 – a month before his last known sex attack.

Mukendi, who admitted possessing extreme pornography before his rape convictions, was arrested after police put together a slew of ‘cold cases’.

He handed himself into cops in December 2020 after recognising himself in a media appeal.

Police later searched Mukendi’s flat and found a MacBook under his bed.

They delved into the laptop’s trash can and recovered a video clip of a woman weeping as she was being raped in a hallway.

The woman was told to ‘get down to her knees’ before Mukendi pulled out a knife and held it to her neck.

In a search of his flat, police found a MacBook under his bed.

They delved into the laptop’s trash can and recovered a video clip of a woman weeping as she was being raped in a hallway. 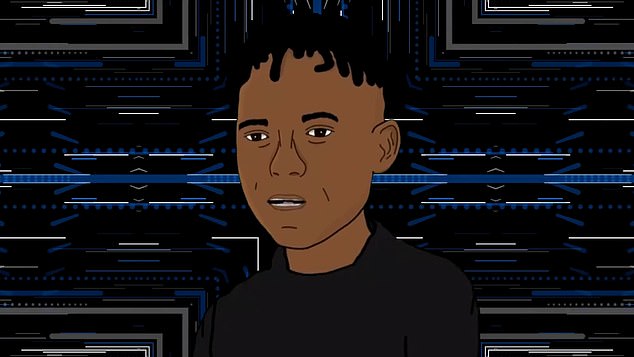 The animated video, uploaded to YouTube, has just 2,148 views on the video platform 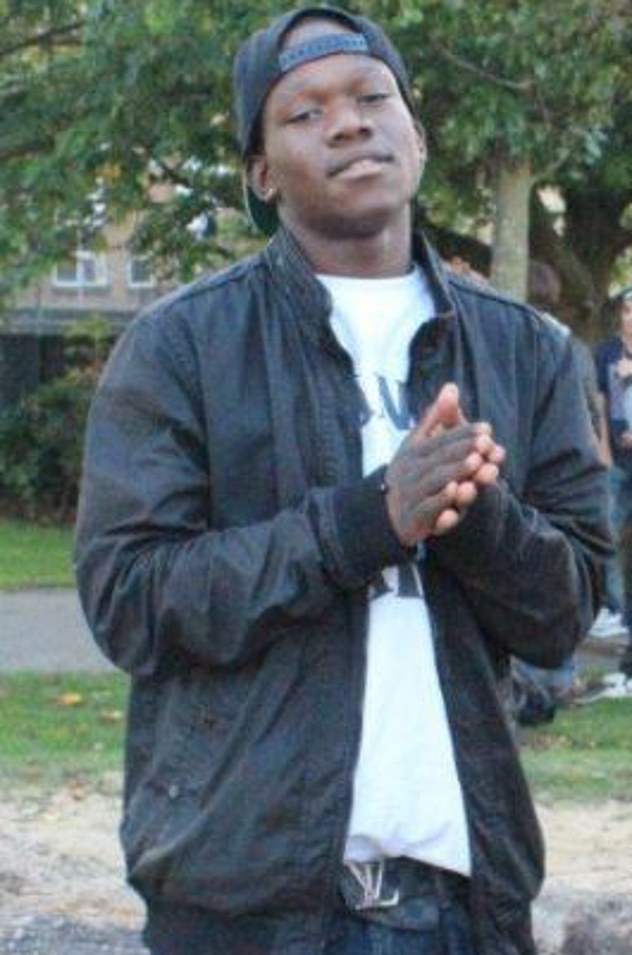 Jurors were shown a music video Mukendi had made under the name Raver Artist in which he is waving weapons around. Pictured: One of Mukendi’s music videos as Raver Artist 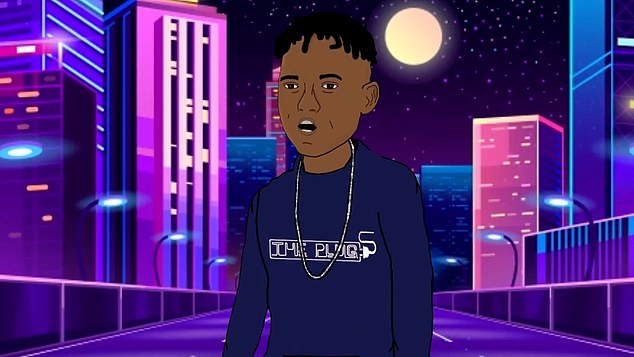 The rap videos were littered with misogynistic language, references to selling drugs and violence

A zombie knife and a lock knife believed to be used in the attacks were also recovered from his home address.

He claimed he only used the knives because they look cool and said he has never taken them out of the house as he is well known and respected in Islington.

Melissa Garner, from the CPS, said: ‘Francis Mukendi is a sexual predator, he preyed on women walking home alone at night.

‘These victims were all tragically attacked when they were mere feet away from the safety of their own homes.

‘They were terrified and forced to comply when threatened by Mukendi with a knife and in one instance a hammer.

‘The prosecution case included CCTV evidence of Mukendi following a number of his victims home and TikTok music videos created by Mukendi showing the knives used in the attacks.

‘A laptop belonging to Mukendi was also found under his bed which contained a video of one of the rapes he had filmed for his own sexual gratification. Mukendi is a dangerous individual.’

Detective Constable Stacey Smith, of the Metropolitan Police Central North BCU added: ‘Mukendi is an extremely dangerous offender who targeted these women as they walked home alone in the dark.

‘He waited for the most opportune of moments before making his attacks. His actions have left these women traumatised by what has happened to them.

‘I would like to thank them for coming forward and supporting the police investigation; also for providing crucial evidence which led to this conviction and has ensured Mukendi cannot subject anyone else to such horrific attacks.’

Mukendi, of no fixed abode, will be sentenced at the same court at a future date.