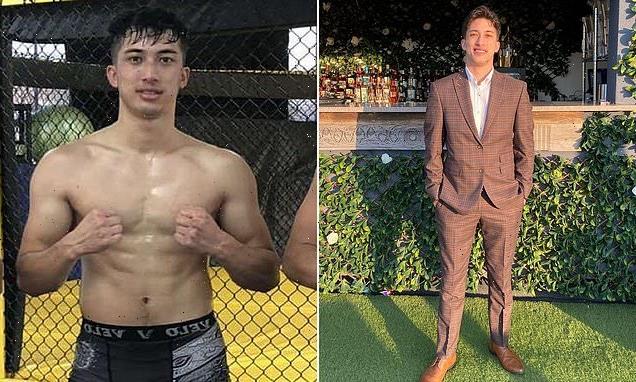 Mixed martial arts expert, 21, who called himself a ‘sex god’ and was found guilty of raping two female students and sexually assaulting a third was arrested and released by police without charge after first attack

A student rapist was released by police only to rape one undergraduate in his halls and sexually assault another less than a year later.

Charles Goodwin, 21, a mixed martial arts fighter and business management student at Liverpool University was convicted in January of raping two women and sexually assaulting another.

The rapist, who described himself as a ‘sex god’, told Liverpool Crown Court he was ‘a hopeless romantic’.

The judge told him to expect ‘a lengthy period of imprisonment’.

Goodwin had been released under investigation but without charge by police after he aggressively raped and throttled a student in Manchester.

Eight months he got another student drunk at their halls in Liverpool and raped her.

Three days after that he sexually assaulted another woman in the same halls, prompting both women to go to the police.

Within days Goodwin was arrested again.

The jury also convicted him of two offences of sexually assaulting a third student in Liverpool but cleared him of a sexual assault on a fourth student, also in Liverpool.

The attack on the first victim involved him holding her down by the throat and he was found guilty of attempting to choke her and assaulting her. 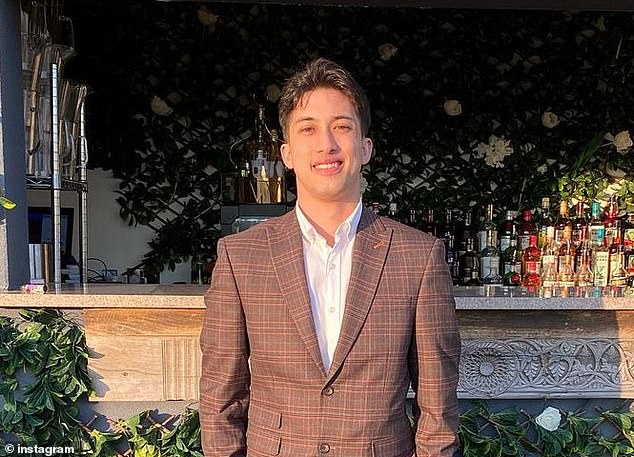 Charles Goodwin (pictured), a mixed martial arts fighter, who described himself in the trial as ‘a hopeless romantic’ was told by a judge to expect ‘a lengthy period of imprisonment’ 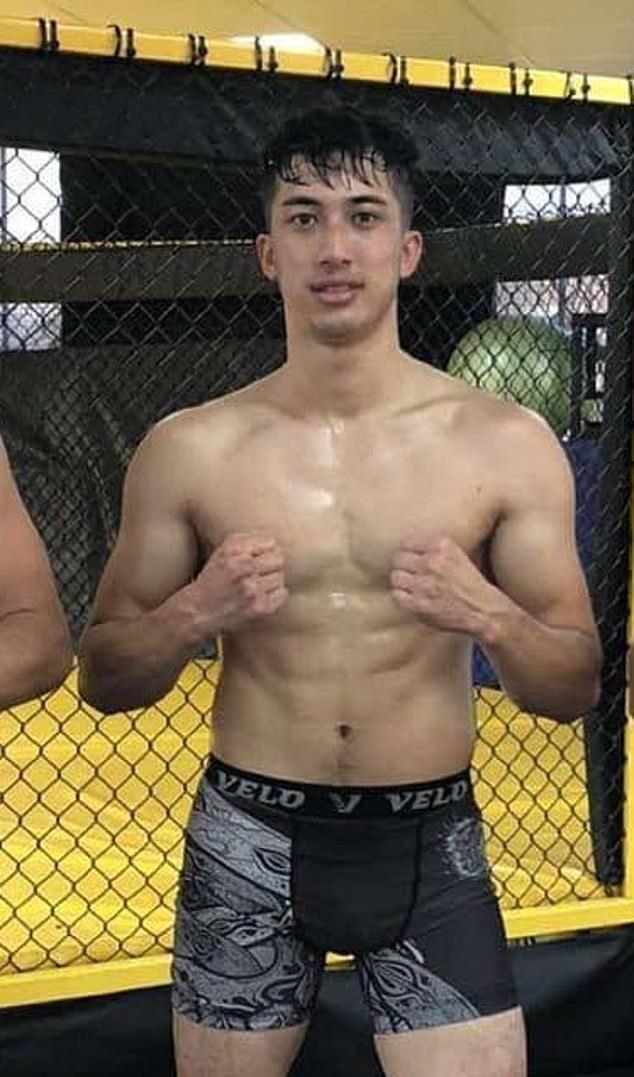 The 21-year-old business management student was found guilty of seven different charges in total, including rape, assault by penetration and sexually assault

The court heard that he had told her she deserved to be ‘treated like a princess’ and picked her and carried her – before going on to violently attack her in her own home.

He had faced three charges of rape against the second victim – to whom he had said he was ‘a sex god’ when she complained he had hurt her – but was cleared of two of those charges.

In September 2020 he had slept with her consensually but a few nights later he got her drunk at a flat party, so much so that she was unable to stand.

Although a friend put her to bed, Goodwin later sent a photo of the girl in his bed.

When she woke up the next morning Goodwin was having sex with her and she became confused, before remembering screaming the night before as the MMA fighter had anally raped her.

She had pushed him off and later saw her own blood on tissue paper in the toilet.

Her stomach had multiple scratches and hand-shaped marks remained on her body for two days.

When she later learned of his prior arrest and release, she said: ‘Why did it take three victims for him to be remanded?’

‘Why wasn’t he remanded immediately? I think there are definitely failings in the handling of the Manchester case,’ she told The Times.

Although Goodwin convinced her it was just a drunken mistake, she was compelled to report the rape to the police when she heard he had sexually assaulted another student in the same halls just days later.

This time, he was comforting his next victim, who was sad because another boy didn’t want to be in a relationship with her.

Goodwin put his coat around her and plied her with alcohol. He gave her peach schnapps and lemonade and made her drink coffee liqueur from the bottle.

She became so drunk she couldn’t stand up without support and threw up.

Goodwin managed to corner her when they were alone and repeatedly put his hands down her trousers, touching her genitals. She told him not to and removed his hands but he carried on, before taking out his penis and forcing her to touch it.

When she was able to walk away, he pulled down her trousers and smacked her bottom.

Goodwin, of Hilbre Street, Liverpool city centre but formerly of Salford, showed no reaction when the jury returned their unanimous verdicts after just over six hours deliberations. Goodwin was previously arrested and released without charge after aggressively raping and throttling a student in Manchester. Just eight months later he raped a student in Liverpool and sexually assaulted another days later

But his father and grandfather, who stood in the public gallery as the verdicts were returned, afterwards shouted out at the seven men and five women jurors.

‘Shame on this court, disgusting,’ said his dad.

Goodwin’s granddad shouted, ‘A young man’s life has been totally scotched and ruined.

‘How can you believe someone’s lies to the court? It is really no way to deal with these offences.’

During his 13-day trial Liverpool Crown Court heard how he had been on police bail after the first attack but went on to commit the other attacks.

Judge David Swinnerton told Goodwin, ‘I am going to order a pre-sentence report to be prepared by probation to include the extent to which you present a danger to women and the outcome of that may affect sentence.

‘Please prepare yourself for a lengthy period of imprisonment,’ he added. 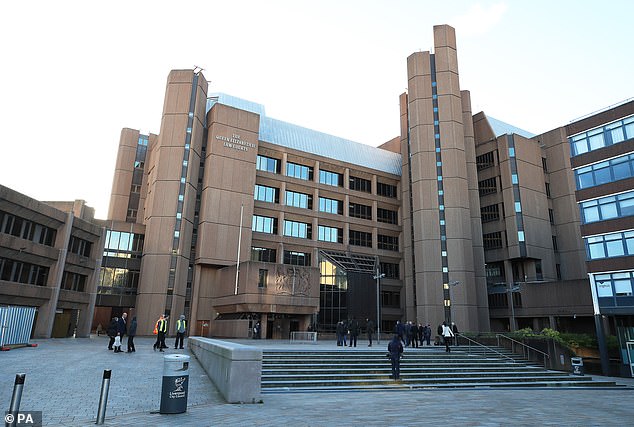 The offences of which he was convicted took place between January 15 and September 30, 2020.

Matthew Curtis, prosecuting, had told the jury, ‘The prosecution say the defendant did not care whether the complainants consented or not. In short, he got what he wanted with no care for them or the immediate consequences of his actions.’

Goodwin, who had a girlfriend at the time, admitted having sexual activity with all four women but maintained they had all consented and denied all 12 charges.

He said the choking of the first victim, aged 19, had also been consensual and admitted calling her offensive misogynistic names as it ‘turned him on.’

During his evidence he described himself as a combination of ‘a hopeless romantic and Charlie big bollocks. It is the way my personality worked.’

Goodwin will be sentenced on Thursday.