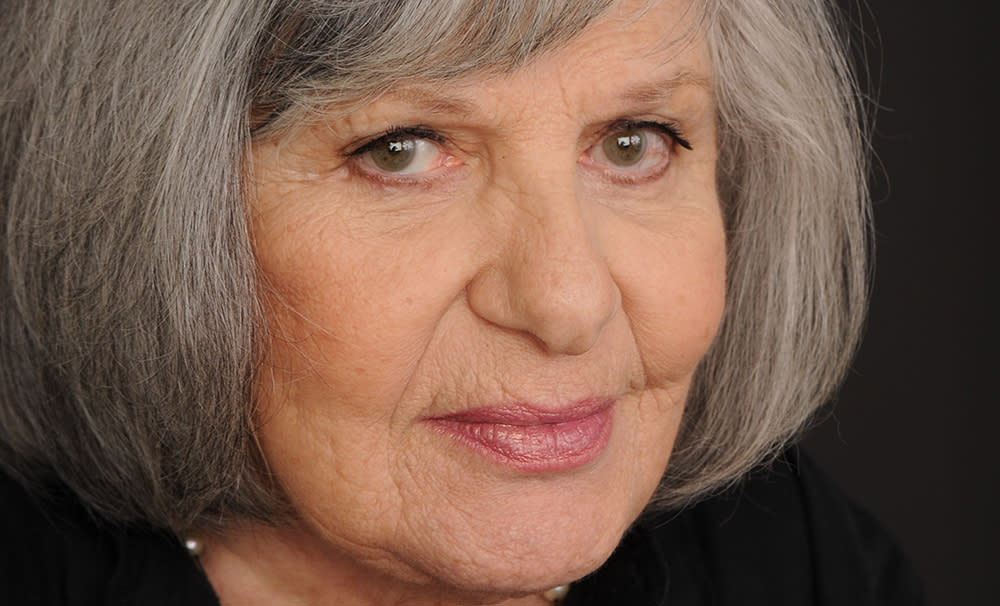 Rae Allen, the Tony-winning stage and screen veteran known for her role as nosy reporter Gloria Thorpe in “Damn Yankees” and as Quintina Blundetto on “The Sopranos,” died Wednesday, her rep Kyle Fritz confirmed to Variety. She was 95.

Born in Brooklyn as Rae Julia Theresa Abruzzo, Allen began her career on the stage after graduating from the American Academy of Dramatic Arts in 1947. Her first Broadway credit was in 1948, as an ensemble member in the George Abbott directed and written “Where’s Charley?” Over the next few years, Rae would continue to appear in Abbott’s various musicals, including “Call Me Madam” in 1950 and “The Pajama Game” in 1954, where she played the small role of Poopsie, a union activist at the factory the show is set in.

A year later, Rae reunited with Abbott and the composers and lyricists of “The Pajama Game,” Richard Adler and Jerry Ross, for “Damn Yankees.” Based on the novel “The Year the Yankees Lost the Pennant” by Douglass Wallop, who co-wrote the book with Abbott, the musical retells the myth of Faust as a story about Joe Boyd, a fan of the struggling Washington Senators baseball team, who is offered a deal with the devil to become the hitter the team needs to beat the Yankees. The musical was a huge success, running for over 1,000 performances and winning seven Tonys. For her role as Gloria, the sports reporter who sings the song “Shoeless Joe from Hannibal, Mo,” Allen received her first Tony nomination. She would stay with the show for two years, and in 1958 would make her screen acting debut to portray Gloria in the film adaptation of the musical.

Over the next two decades, Allen split her time relatively equally between the stage and screen. In 1963, she joined the original Broadway production of “Oliver!” as an understudy and standby, and had a stint in 1968 as Golde in “Fiddler on the Roof.” She received her second Tony nomination for her work in the play “Traveler Without Luggage,” where she played the maid of the main character, a World War I veteran suffering from amnesia. In 1971, she won the Tony for featured actress in a play for her role in “And Miss Reardon Drinks A Little,” where she played Fleur Stein, an obnoxious social-climbing school administrator. Her final Broadway credit was for the flop rock musical “Dude,” from “Hair” writers Gerome Ragni and Galt MacDermot, which ran for 16 performances. In the meta musical, she played Reba, an actor who portrays an Eve like figure in a Garden of Eden inspired play and gives birth to the title character.

On film and TV, Allen was a prolific character actor, appearing in many high profile projects following the “Damn Yankees” film. Some of her most notable television appearances included “All in the Family,” where she portrayed Edith Bunker’s cousin Amelia; “Soap,” where she had a stint as Judge Betty Small; and “The Sopranos,” where she played Quintina Blundetto, the mother of Tony Blundetto (Steve Buscemi) and the aunt of Tony Soprano (James Gandolfini). She also had a main role in the short lived 1995 Fox horror series “The Fearing Mind,” where she played the grandmother of the main character, a famous horror writer who based his work on his family. Other shows she appeared in for guest roles included “The Untouchables,” “The Greatest American Hero,” “Lou Grant,” “Hill Street Blues,” “Head of the Class,” “Seinfeld,” “Joan of Arcadia,” “NYPD Blue,” and “Grey’s Anatomy.”

On film, Allen had supporting roles in “Reign Over Me,” “Stargate,” “Calendar Girl” and “Where’s Poppa?” She also returned to her baseball-based roots in 1992’s “A League of Their Own,” where she portrayed the mother of baseball player’s Dottie (Geena Davis) and Kit (Lori Petty).

Allen is survived by her nieces Laura and Betty Cosgrove.