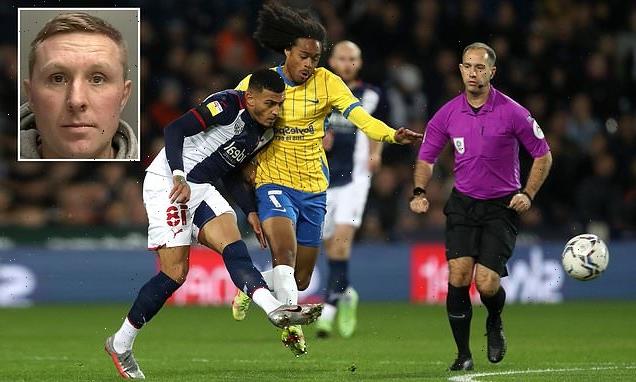 A racist football yob who made vile monkey gestures towards a rival fan has been banned from attending any football games in the UK for three years and ordered to pay nearly £1,500.

He has also been issued a lifetime ban from West Bromwich Albion, the club he supports.

The Baggies fan made the offensive gesture while sitting in the home stand during the team’s 1-0 win over their Midlands rivals on October 15, 2021.

Another fan spotted Grainger and reported him to a police officer, who arrested him. 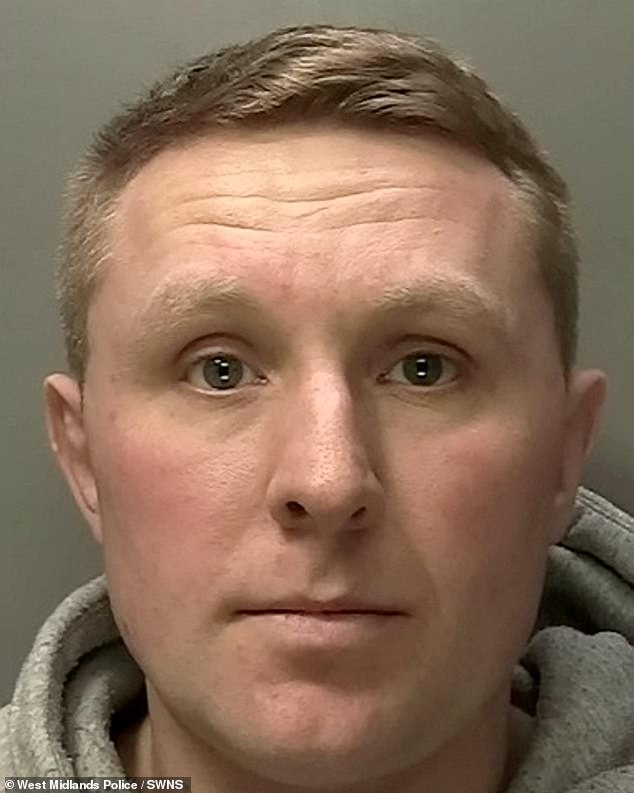 Neil Grainger, 36, who made racist monkey gestures at a West Midlands derby, between West Bromwich Albion and Birmingham city,  has been banned from attending any game in the UK for three years 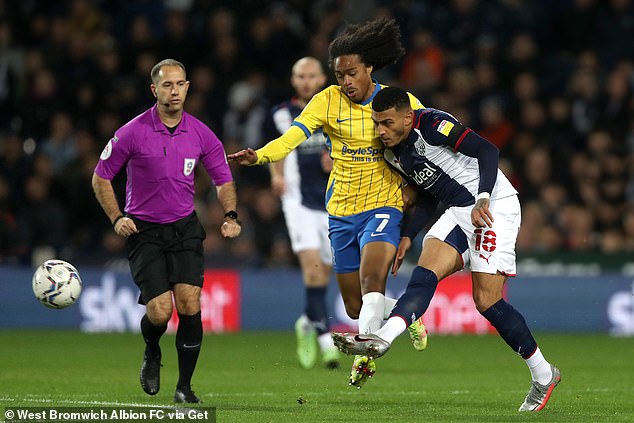 The West Brom fan, who was convicted of a racially aggravated public order offence after a trial at Dudley Magistrates Court yesterday, was also given a fine and court costs totalling almost £1,500

Grainger, of Cheslyn Hay, Staffordshire, was convicted of a racially aggravated public order offence after a trial at Dudley Magistrates’ Court on Wednesday, March 30.

He received a three-year football banning order, forbidding him from attending any match across the UK until March 2025.

He was also slapped with a fine and court costs totalling almost £1,500.

West Brom’s Chief Executive, Ron Gourlay, said: ‘We will not tolerate any form of discrimination and our message to supporters remains clear; racism is totally unacceptable, and we will continue to seek the toughest available sanctions in reprimanding anyone found guilty of such an offence.

‘Albion has a proud history of fighting racism and we will not hesitate in acting to ensure The Hawthorns is a safe and welcoming environment for all.’

PC Stuart Ward, West Midlands Police football hate crime officer, said: ‘These were appalling and very offensive actions which have no place within football or society in general.

‘The supporter who witnessed this did exactly the right thing in reporting it, as it helped us secure a criminal conviction against Grainger.

‘The supporter told us they felt disgusted and ashamed anyone could do this at a match, and it’s a view I’m sure proper football fans will share.’