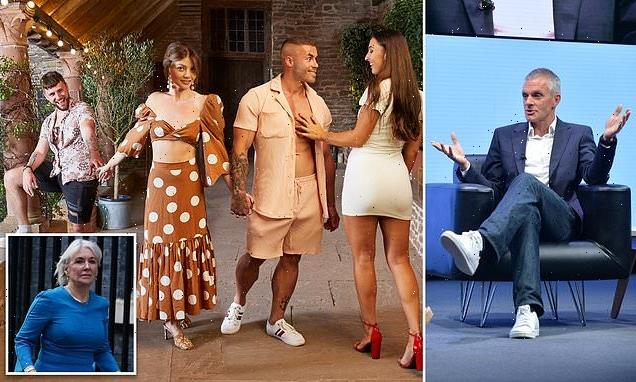 Why I hope privatising Channel 4 will be a wake-up call for the BBC: Question Time creator JOHN MAIR says stale formats, tawdry shows, Left-wing bias and overpaid executives have ruined a once-great broadcaster

So Channel 4 is to be sold off by the Government next year, in a privatisation that might raise as much as £1.4 billion. And the reaction of the viewing public is a collective shrug.

Perhaps we’ll sit up and take notice if, as some observers predict, the channel is snapped up by Netflix or Disney+. But the woeful truth is that the announcement by Culture Secretary Nadine Dorries caused few ripples this week, because there simply hasn’t been much worth watching on C4 in recent years.

Once the nation’s cutting-edge broadcaster, capable of provoking scandal and outrage on an almost nightly basis, it is now the home of flaccid dating shows and endless property makeovers.

I’m a television addict, eager for the sort of current affairs journalism and genre-busting entertainment that C4 used to pioneer. But these days, I tune in chiefly for Gogglebox and the news at 7pm — and I switch off C4 News halfway through after the main headlines, because the second half of that hour has become a service for social workers, a sort of Guardian of the airwaves. 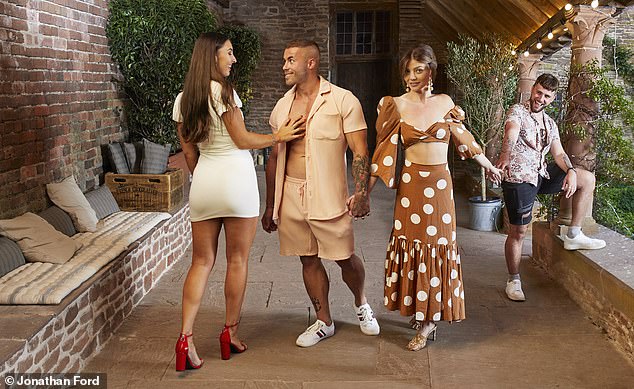 Woeful: New Channel 4 show Open House: The Great Sex Experiment, in which, says C4, ‘committed couples come to a luxury retreat to test whether opening up their relationships and having sex with other people will strengthen their bond

It’s a sad business. The channel’s demise is entirely the fault of its own overpaid executives, who have become smug and lazy — commissioning endless re-treads of any series that wasn’t an outright failure, such as First Dates or Location, Location, Location.

C4’s fate, expected to be confirmed formally next week, ought to be a stern warning to the BBC. If director-general Tim Davie or anyone else at the corporation believed Boris Johnson would not carry out his threat to privatise a public broadcaster, they know the truth now.

When Channel 4 launched in 1982, it shook up the staid world of television in ways that seemed positively shocking.

Phil Redmond’s scabrous Scouse soap Brookside was a million miles from the homely heartaches of Coronation Street. The writer had challenged C4’s then chief executive Jeremy Isaacs to let him create a serial drama where the teenagers swore the way teenagers really do — not blooming this and sugar that, but with real venom.

Its storylines revolved around unemployment and middle-class drug abuse. The characters drank, and were sometimes violent. They had sex — even gay sex.

The irony was that all this happened on a channel given the go-ahead by Mrs Thatcher and her deputy, William Whitelaw, 40 years ago. There could be no clearer proof that Isaacs and his team were beholden to no one, nor that they intended to redefine what was permissible on TV. Their remit was to challenge the BBC with new content funded not by the licence fee but by advertising.

Remember that, in the 1980s, depictions of homosexuality were still seen as scandalous. And some words simply couldn’t be aired, even on C4. Jools Holland was suspended in 1987 as presenter of the pop magazine The Tube after he let slip an F-bomb in a trailer broadcast at teatime. 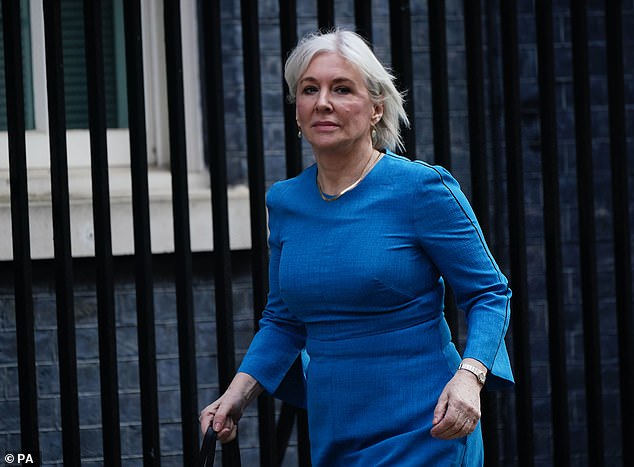 The announcement by Culture Secretary Nadine Dorries caused few ripples this week, because there simply hasn’t been much worth watching on C4 in recent years

These days the channel still tries to push the bar on sex, but shows such as Naked Attraction are desperate fare. Exhibitionists looking for love stand in plastic pods as a screen slowly lifts to reveal their privates, in a nudge-nudge dating show that has neither wit nor flair but is puerile and smutty.

Naked Attraction has, at least, been a hit, in contrast to a lamentable ‘sexology’ programme fronted by Mariella Frostrup in 2013 called Sex Box. Couples disappeared into a padded shipping container for a quickie, while Mariella waited outside with a psychologist. The lovers emerged and reported on their activities. Thankfully, the format didn’t last. The latest in this genre is Open House: The Great Sex Experiment, in which, says C4, ‘committed couples come to a luxury retreat to test whether opening up their relationships and having sex with other people will strengthen their bond’.

This sort of unimaginative output is sadly typical of the channel in the past decade. Its biggest success has probably been to poach The Great British Bake Off from BBC1 for £25 million.

The best you can say about that is that C4 executives didn’t ruin it — because after buying it oven-ready, they wisely left the makers, Love Productions, in charge. Little has changed, and for my money presenters Noel Fielding and Matt Lucas are a more talented act than their predecessors on the Beeb, Mel Giedroyc and Sue Perkins.

As for innovation, other than a few moments of brilliance like It’s A Sin — last year’s acclaimed drama about a group of young gay men living in London during the Aids crisis of the 1980s — it has sunk without trace. 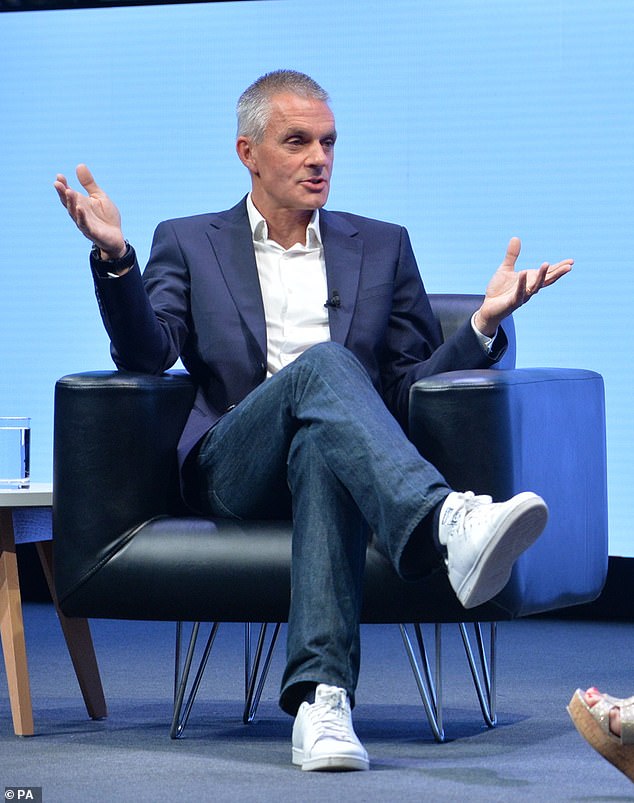 C4’s fate, expected to be confirmed formally next week, ought to be a stern warning to the BBC. If director-general Tim Davie (pictured) or anyone else at the corporation believed Boris Johnson would not carry out his threat to privatise a public broadcaster, they know the truth now.

Take the channel’s outstanding tradition of film-making: early Film4 titles included A Month In The Country with Colin Firth and Kenneth Branagh and My Beautiful Laundrette with Daniel Day-Lewis. But 20 years ago the budget for film-making was slashed by two-thirds and now the brand is little more than a niche in the Freeview schedules, rerunning weary Hollywood titles.

Much of C4’s other output has an air of leftover scraps from the big table. How can it be that chief executive Alex Mahon is worth a £991,000 salary, or why her programme director Ian Katz deserves to be paid £536,000 a year, is anybody’s guess. I suspect that, whoever buys the channel next year, those two fat cats will be out through the catflap.

They have tried to make the channel appear relevant by establishing a new ‘national headquarters’ in Leeds, with hubs in Bristol and Glasgow — on the orders of the Government in 2016, with privatisation threatened if they did not. But the bitter reality is that C4 barely merits its existence now — except for its news output, the jewel in its crown. Since its launch in November 1982, it has been the liveliest, most iconoclastic bulletin on air.

For more than 30 years it was fronted by Jon Snow, a genuine heavyweight among news anchors. But Snow retired last year and though his successor Krishnan Guru-Murthy may be the Royal Television Society’s network presenter of the year, he lacks Snow’s gravitas — and his ability to listen to answers without interrupting.

As for his sidekicks, Cathy Newman, Matt Frei and Fatima Manji, they remind me of grown-up children squabbling for attention in the playground.

In its coverage of the biggest international story of the year, the Russian invasion of Ukraine, C4 News has lagged far behind the BBC and Sky. Where its better-funded, higher-profile rivals have sent teams of reporters, often venturing into the centre of the maelstrom, C4 has been mainly watching from the sidelines.

As a television veteran who devoted his career to current affairs — I helped create Question Time for BBC1 in 1979 — this baffles me. A news show that doesn’t want to get to the heart of the action is one that has stopped trying — and when the reporters give up, so will the viewers. 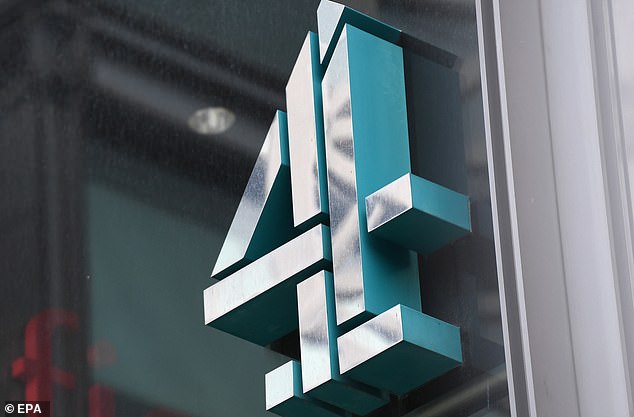 When Channel 4 launched in 1982, it shook up the staid world of television in ways that seemed positively shocking

I don’t believe C4 News is doomed. Emily Maitlis, the interviewer who skewered Prince Andrew so lethally, left BBC’s Newsnight this year. To have someone of her stature on board would give the entire channel a much-needed shot in the arm. It badly needs a journalist of that magnitude.

For at least ten years, the spectacle of a failing Channel 4 has been reminiscent of a David Attenborough documentary.

The ailing wildebeest has limped along, trying to hide its weakness, and the fact that it has long been unable to lead the herd.

Governments have been snapping at their heels. Now Boris the Lion has pounced. Who gets to devour the carcass, we shall have to wait and see.

And as the lion looks around for his next kill, the BBC should be very nervous.