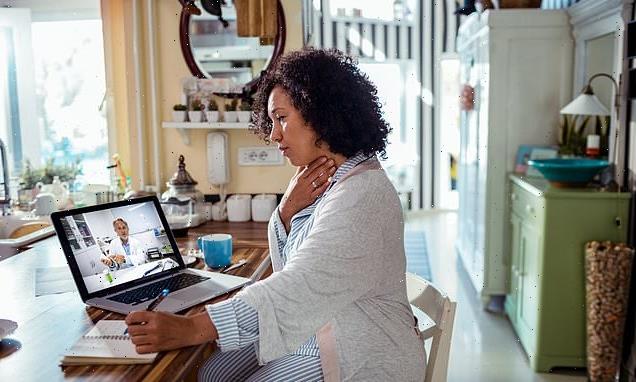 As it emerged that some patients are now paying for private consultations in a desperate bid to see a doctor, Sir Richard called for ‘as many as possible’ face-to-face appointments as many Britons are now vaccinated.

His comments come after Greater Manchester’s senior coroner ruled that a lack of face-to-face assessments had contributed to at least five deaths – and warned of more to come.

Sir Richard, who was the Queen’s private doctor for 21 years and a former president of the Royal College of Physicians, said seeing a patient can provide ‘vital clinical cues’.

‘It’s sad so many appointments have gone online because you can miss important health information you cannot get from a virtual consultation and this can be unsafe,’ he told the Sunday Express. 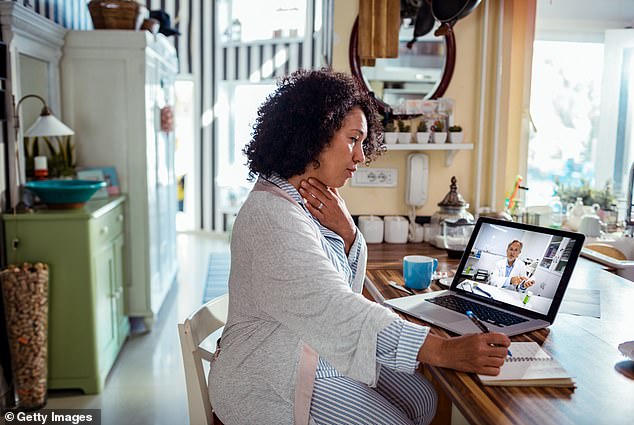 Some patients have turned to private healthcare in order to see a doctor. 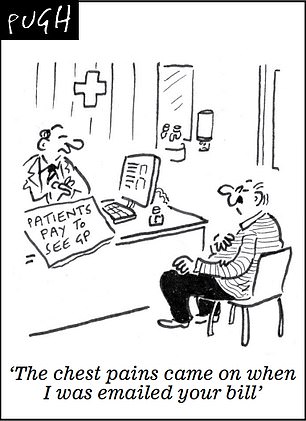 June Gray, 69, a jewellery seller from Ipswich, Suffolk, paid £95 for a face-to-face GP appointment for her son, who suffers from Crohn’s disease.

‘The GP was from my son’s normal NHS practice,’ she told The Sunday Times.

‘He was as surprised as my son to see one of his own patients.

‘He kindly refunded his fee and sent my son to hospital for blood tests.’

Last week, the UK’s second largest private healthcare provider, Spire, reported 81 per cent more revenue from self-funded patients in the second quarter of the year compared to in 2019.

Chief executive Justin Ash said people are ‘paying to get off waiting lists’.

Overall, the number of NHS patients waiting for routine operations has grown to 5.61million, with nearly 300,000 waiting longer than a year from referral to first treatment.