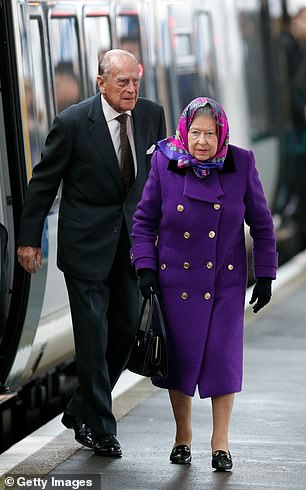 Queen Elizabeth II and Prince Philip, Duke of Edinburgh arrive at King’s Lynn station, after taking the train from London King’s Cross for their Christmas break in December 2017

The Queen has extended her winter break at Sandringham as the royals wait to see if Prince Philip will face any police action over his car crash.

In recent years, she has traditionally returned to London by train on February 7 or the first weekday after the anniversary of her father’s death on February 6.

But the 92-year-old decided not to travel back from the train station at King’s Lynn, Norfolk on Thursday.

Royal sources said she was staying at the 20,000 acre estate for the weekend and would be making her train journey back to London on an undisclosed day next week.

It is believed that the Queen wants to spend more time with Philip, 97, who has used Sandringham as his base since retiring from Royal duties.

Norfolk Police confirmed they were still investigating Prince Philip’s crash on January 17 when his Land Rover rolled over after being hit by a Kia.

The accident happened as Philip pulled out of a side road on to the 60mph limit A149 road. 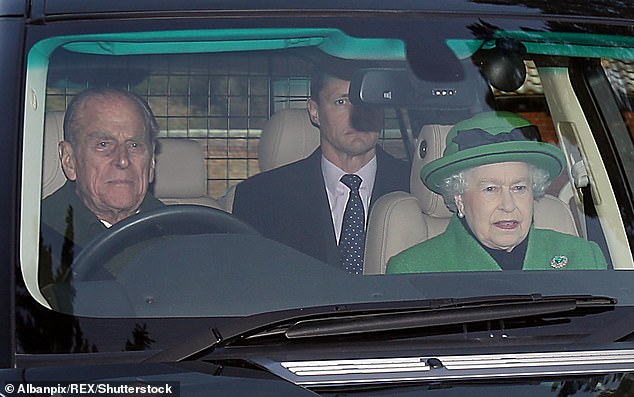 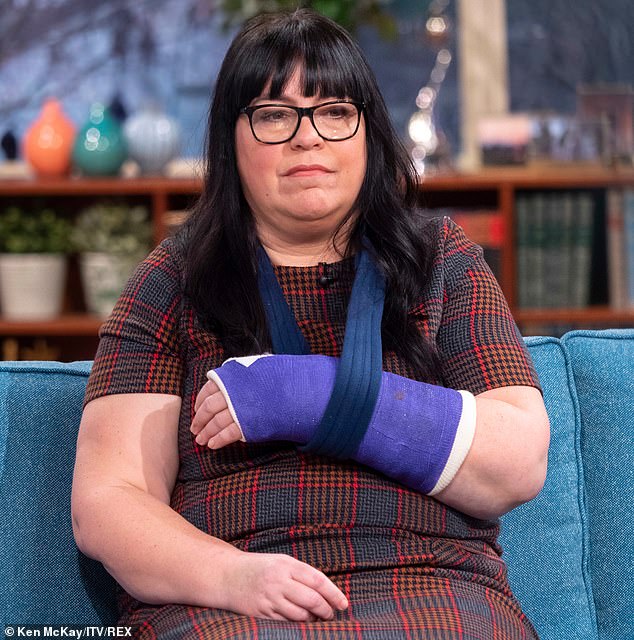 Emma Fairweather, 46, was the passenger of the car that Philip collided with, she  broke her wrist in the accident

His Land Rover collided with a Kia, sending his vehicle tumbling across the road where it ended up on its side.

The 28-year-old woman driver of the other car suffered a knee injury, while her passenger Emma Fairweather, 46, sustained a broken wrist.

A nine-month-old boy strapped into the back seat escaped serious injury.

The Duke appeared to admit responsibility in a letter to Ms Fairweather several days after the accident.

In his 181-word typed letter, Prince Philip wished her a ‘speedy recovery from a very distressing experience’. 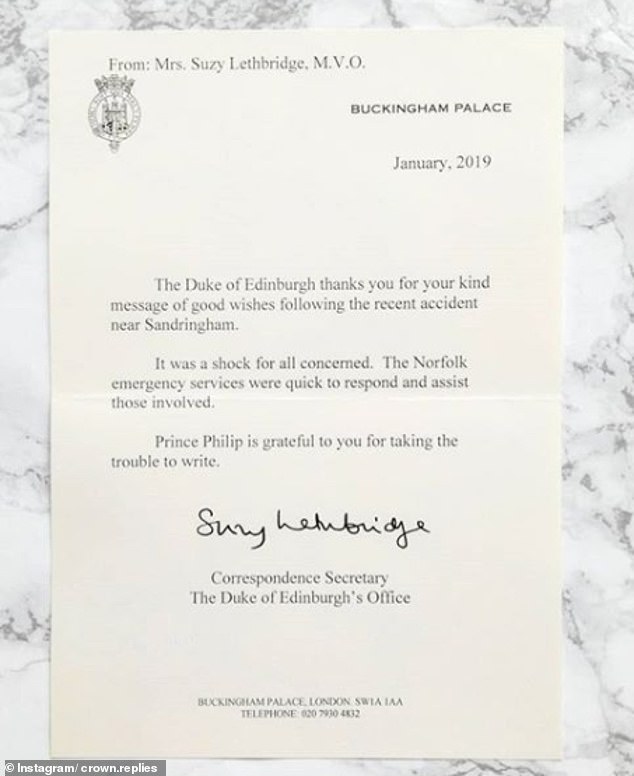 He said he was ‘deeply sorry’ and explained while he was familiar with the junction he could ‘only imagine’ the low sun stopped him seeing her approaching.

The Duke, who has given a police statement, could be charged with careless driving.

The Queen marked her Accession Day on Wednesday – the anniversary of when she took the throne – by spending it quietly at Sandringham as usual.

She has now started her 67th year as Queen after becoming monarch on February 6, 1952, when her father King George VI died at Sandringham.