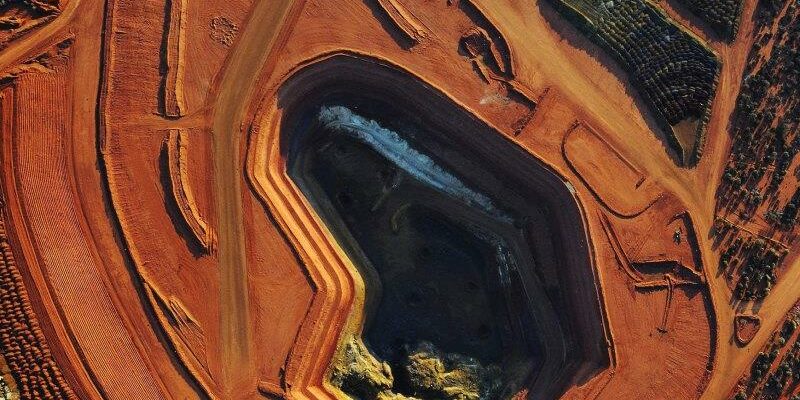 Washington: Australia will intensify co-operation with the United States, India and Japan to ensure that China does not exert excessive control over the supply of minerals essential to modern technology in one of the key goals of the first face-to-face leaders’ meeting of the “Quad” nations. 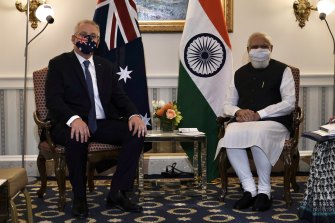 Prime Minister Scott Morrison held a meeting with Indian Prime Minister Narendra Modi ahead of the Quad meeting at the White House.Credit:PMO

In a separate speech to the United Nations on Saturday, Morrison will position Australia on the front lines of the battle to ensure China does not monopolise the Asia-Pacific.

“The global strategic environment has rapidly changed, indeed deteriorated in many respects – particularly in the Indo-Pacific region where we live here in Australia,” the Prime Minister will say.

“We must reinforce a sustainable rules-based order, while ensuring it is also adaptable to the great-power politics of our time. Our voice is clear, it’s respectful, it’s constructive.”

The Quad is rapidly emerging as an influential grouping of leading democracies working together to counter China’s growing influence in the Indo-Pacific.

Prime Minister Scott Morrison held a meeting with Indian Prime Minister Narendra Modi ahead of the Quad meeting at the White House.Credit:PMO

Morrison, Biden, Modi and Suga have agreed to map out supply chains for key minerals and products – such as semiconductors – to better understand the nations’ technological vulnerabilities.

China accounts for the majority of the global production of rare-earth minerals, including palladium and lithium, raising alarm that the rising superpower could block access to crucial consumer and defence technologies as part of a trade war with its strategic rivals.

An iPhone, for example, contains an estimated eight different rare-earth minerals, which are also integral components of high-tech weaponry such as fighter jets and guided cruise missiles.

Australia has the world’s sixth-largest reserves of rare-earth minerals, according to the Australian Strategic Policy Institute, but they currently remain largely untapped with only two mines producing them. The largest by far is a mine at Mount Weld in Western Australia, owned by the Lynas Corporation.

In February the US Defence Department announced it had awarded Lynas a contract to develop a rare-earth processing facility in Texas. 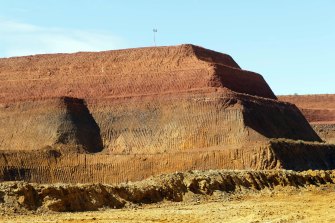 The Morrison government believes the fellow Quad nations represent potentially lucrative export markets for Australian-sourced minerals such as lithium given their increasing concern about China’s reliability.

Rare earths were also a focus for Morrison during his previous visit to Washington in 2019 with then -president Donald Trump.

The leaders are expected to say that “resilient, diverse and secure technology supply chains for hardware, software, and services” are vital to their shared national interests.

Specifically, the four nations will “launch a joint initiative to map capacity, identify vulnerabilities and bolster supply chain security for semiconductors and their vital components”.

A global shortage in semiconductor chips is driving up the prices of cars and other electronic goods such as laptops and televisions, leading the Biden administration to make boosting supply and reducing dependence on China one of its top economic priorities.

The leaders will also seek to reboot their pledge to donate 1 billion COVID-19 vaccines to needy nations in the Indo-Pacific by the end of next year.

The plan, announced at a virtual summit in March, ran into difficulty after the surge of the Delta variant in India earlier this year.

India will serve as the vaccine manufacturing hub for the Quad’s vaccine diplomacy initiative, but production was diverted to meet local demand when India’s case numbers spiralled out of control.

The Quad nations will launch a new online map to create transparency around the initiative that will track where the donated doses are going and how many have been distributed.

Sources said the Chinese government has been pressuring nations in Asia not to accept donations from the Quad and instead rely on its own exports of the Sinovac vaccine.