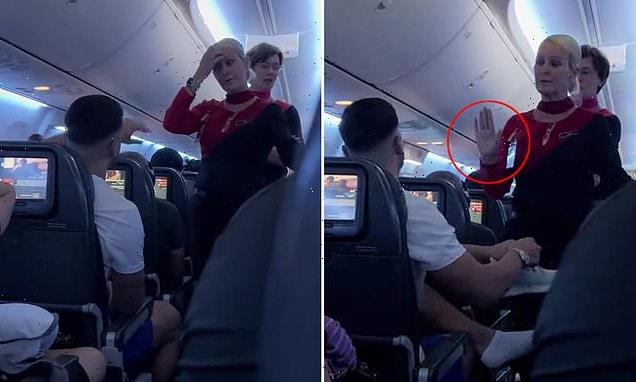 ‘Get out of my face’: Qantas passenger loses it at a flight attendant claiming that staff were rude to his wife and children – before they kicked him off the plane bound for Australia

A Qantas passenger has been kicked off a flight for swearing at cabin crew after he claimed they were rude to his wife and children and made them cry.

The passenger and his family were removed from from the Denpasar to Sydney flight for abusing the crew ‘a number of times’ prior to departure on September 20.

Footage of the incident shows the man taking aim at flight attendants as they warned him security would remove him and his family from the aircraft.

The man is heard telling a flight attendant, ‘tell them to come apologise. I am telling you right now you are being rude, and it’s f****** disgusting’.

‘They made her cry, and she’s crying because they were being rude to her with a newborn baby, apologise,’ the man said.

‘Tell them to come apologise now. It’s so disgusting what they did to her.’ 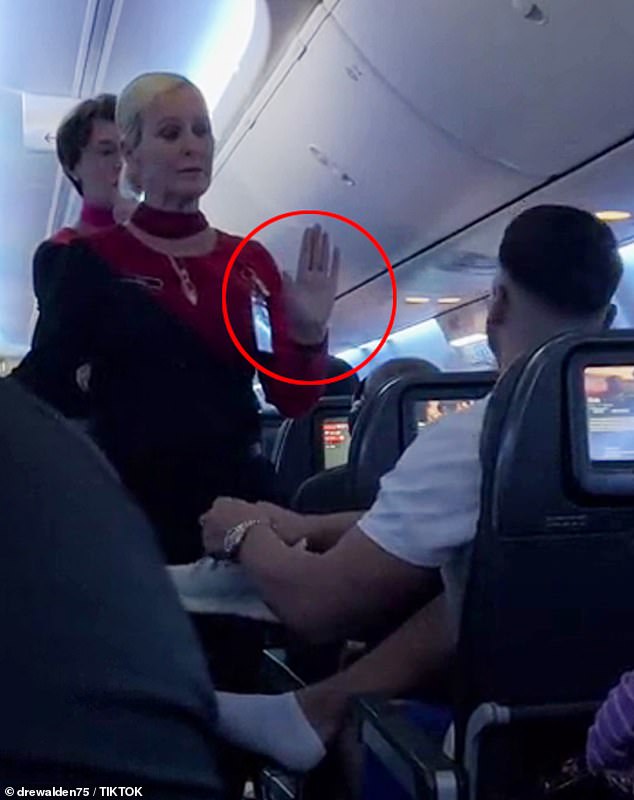 The angry encounter continued to escalate after the agitated man was informed by a flight attendant police had arrived and were going to remove him.

‘I’m sorry we are not taking you. The police are here,’ the Qantas flight attendant is heard telling the man.

The man retorted: ‘Bring them here. You can force my kids out if you want to. You are making my wife cry, and now you are getting angry at me.’

‘I told you sir, you were swearing at my crew.

In response he said: ‘You’re getting angry at my wife because both of them (their kids) are double teething. 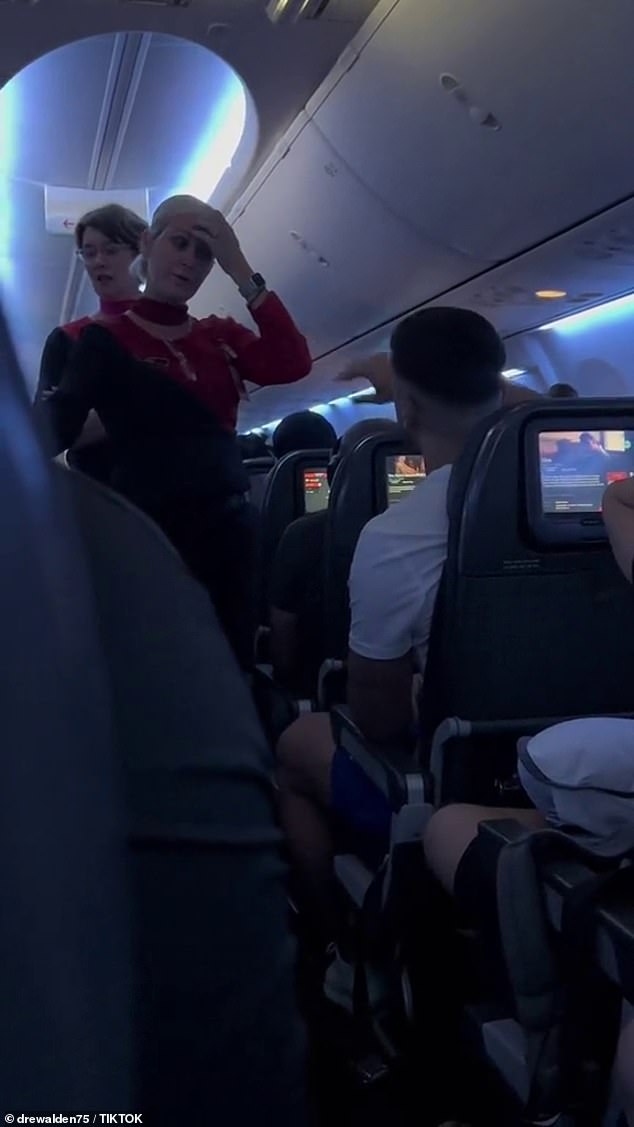 The passenger and his family were removed from their October 20, Qantas QF44 Denpasar to Sydney flight for abusing crew ‘a number of times prior to the flight departing Bali’

‘Tell security to come and take me by the balls,’ he added.

Finally, he told the flight attendant: ‘Get out of my face,’ before the staff walked away for what appeared to be the second time.

‘Who do you think you are? You aren’t the police, why are you talking to me like you’re someone,’ he shouted.

‘Do you think you are a prince or something?’

A Qantas spokesperson said cabin crew followed procedure and that a travel ban may be imposed on the man when the altercation is reviewed by a panel.

‘These passengers were removed from the aircraft after abusing our crew a number of times prior to the flight departing Bali,’ the Qantas spokesperson said.

‘The safety of our customers and crew is our number one priority and we do not tolerate any kind of abusive behaviour.

‘We ask customers to follow the direction of crew for the safety and comfort of everyone on board.’

The footage divided public opinion as to who was in the wrong.

‘He’s right. I would do the same thing if someone disrespected my family,’ one person commented.

‘Stuck up for his family, crew in the wrong,’ wrote a second.

‘I understand his intentions, standing up for a lady. But he should have gone about it differently,’ another said. 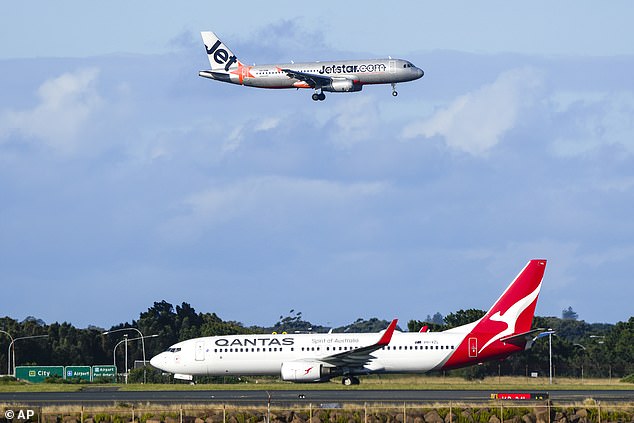 ‘People don’t understand that once you start yelling you become a flight risk. They cannot depart with you on board,’ commented a fourth.

‘He should complain to customer service – not make an entire plane load of people feel uncomfortable,’ another user said.