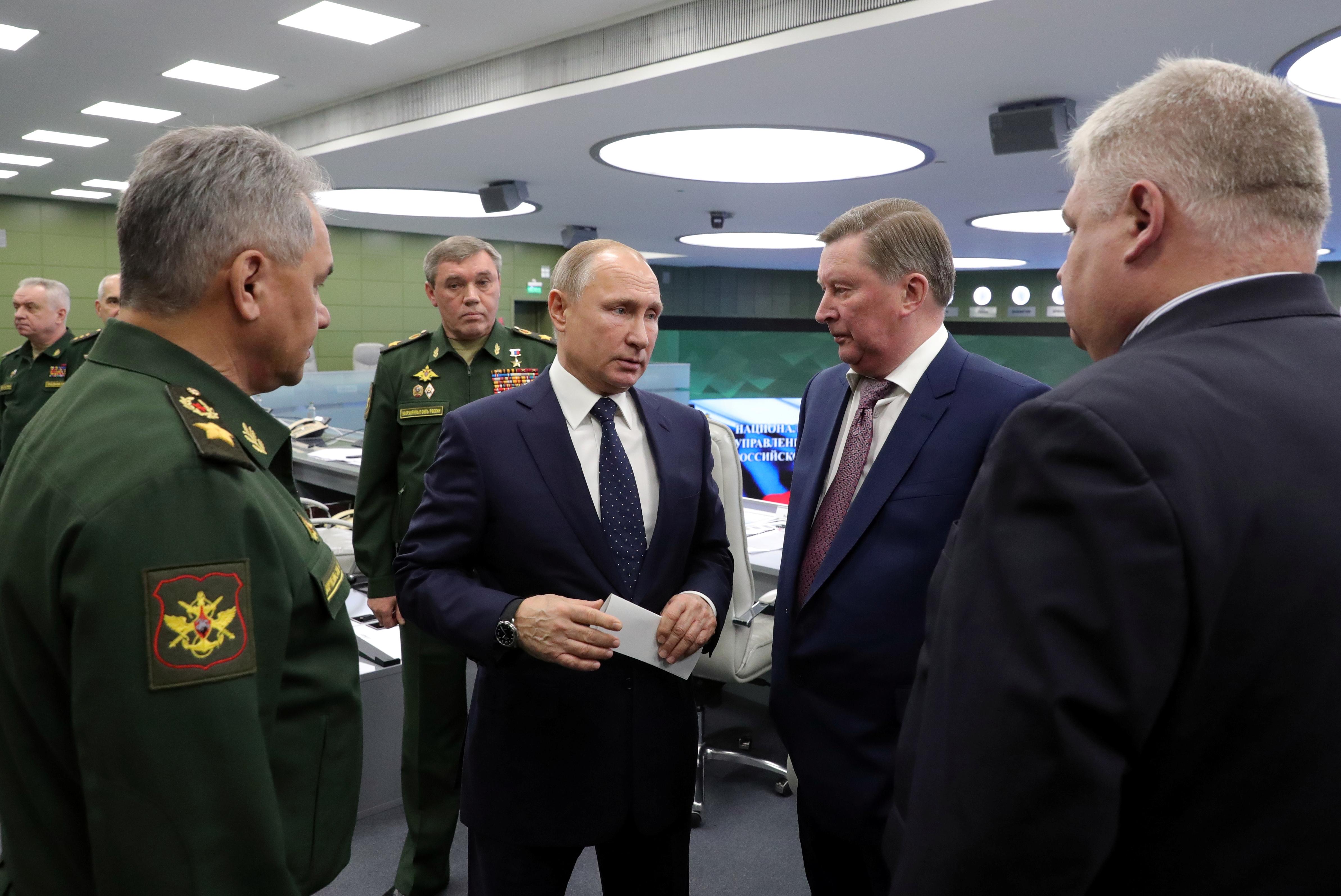 MOSCOW (Reuters) – President Vladimir Putin said on Wednesday that Russia would deploy its first regiment of hypersonic nuclear-capable missiles next year, saying the move meant his country now had a new type of strategic weapon.

Putin was speaking after overseeing what the Kremlin said was a pre-deployment test of the new missile system, called Avangard.

“This test, which has just finished, ended with complete success,” Putin told a government meeting.

Putin remotely observed Wednesday’s test from a Russian defense ministry building in Moscow. The Kremlin described the test in a statement, saying that an Avangard missile, launched from a location in south-west Russia, had successfully hit and destroyed a target in the Russian Far East.

Putin announced an array of new weapons in March, including the Avangard, in one of his most bellicose speeches in years, saying they could hit almost any point in the world and evade a U.S.-built missile shield.