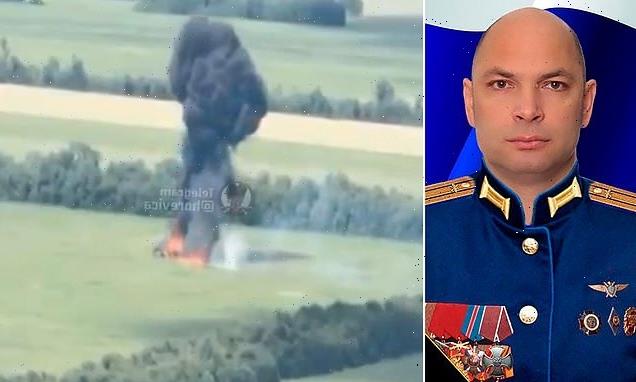 Dramatic footage shows the moment a Russian colonel crashes in his helicopter after being hit with a Ukrainian missile.

Lt-Col Sergey Gundorov, 51, was struck near Volnovakha in the Donbas.

The military helicopter flew on after being hit with a portable surface-to-air missile.

His stricken Mi-35 touched the ground before cartwheeling over a narrow strip of woodland and crashing in a fireball in a field. 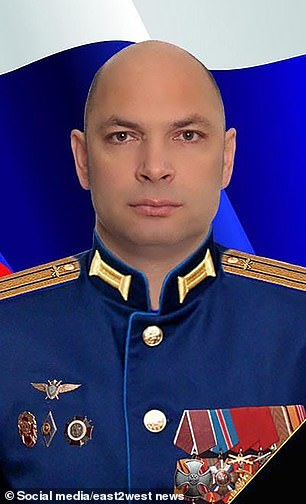 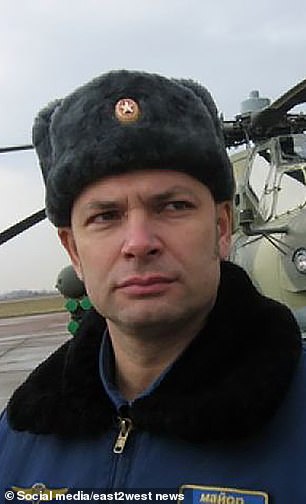 Sergey Gundorov, 51 (left and right), has become the 55th Russian colonel killed in Ukraine since February 24. The high-ranking pilot had previously won three orders of courage

Flames and black smoke are seen from the explosion. 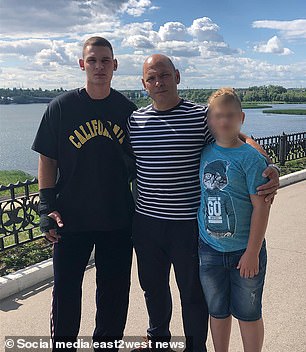 Gundorov (centre) is pictured with his two sons

Gundorov is the 55th known Russian colonel to be killed in Vladimir Putin’s war in Ukraine.

A Russian account on the death of the high-ranked pilot, first class, said: ‘Bright eternal memory to the Hero who left on his last flight.

‘Pilots don’t die, they fly into the sky…The best men are leaving us.’

He died after completing a ‘combat mission’, it was claimed. 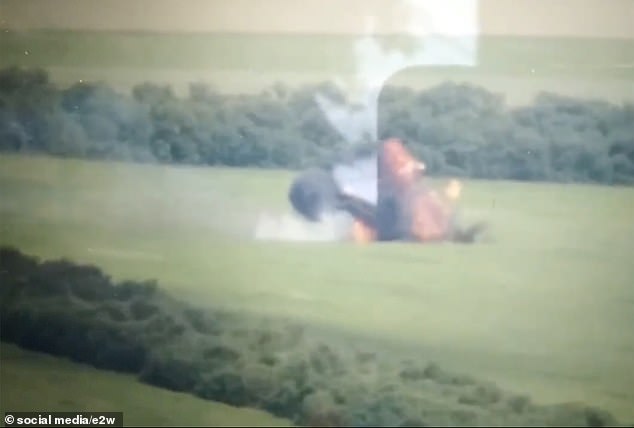 He died on 16 June but his loss is only now acknowledged. 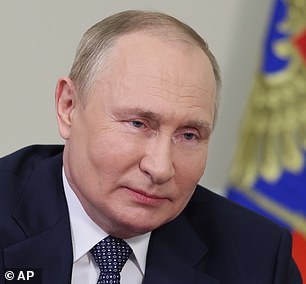 Among condolences to the colonel, a married father of two, was a message from his teenage younger son Ilya saying simply: ‘Love you Dad.’

Family pictures show him with his sons and wife Anzhela.

His death follows the loss of two colonels announced on the same day last week — highly decorated Colonel Sergei Krasnikov, 56, who had volunteered to rejoin the forces to go to war, and Colonel Sergei Postnov – in his 40s.

Overall Russian losses are believed to be in excess of 30,000. 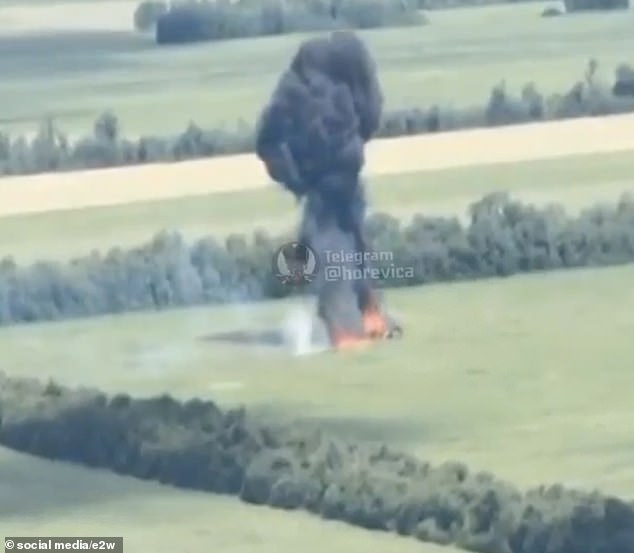 The news came days after Russia was thought to have lost two colonels in 24 hours.

Highly decorated Colonel Sergei Krasnikov, 56, a renowned action man who had parachuted at the North Pole, died in an ambush on a reconnaissance mission.

A trained paratrooper, he had switched in the criminal justice system before volunteering to fight in the Russian army in Ukraine, say reports. 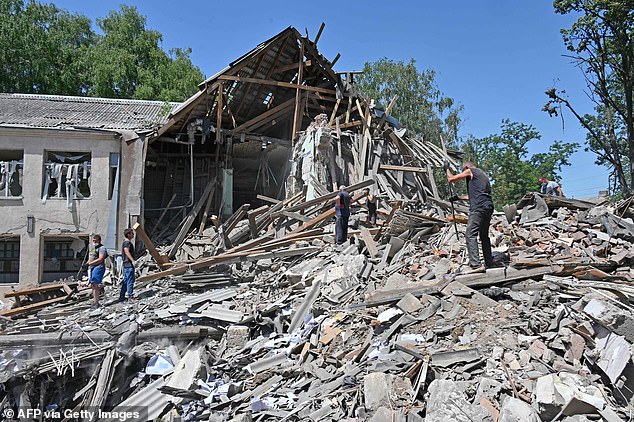 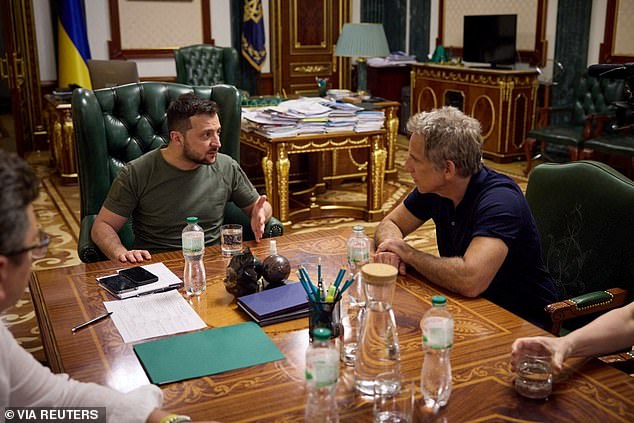 Krasikov had been head coach of the Russian national parachuting team.

Earlier, the death of Colonel Sergei Postnov – in his 40s – was disclosed.