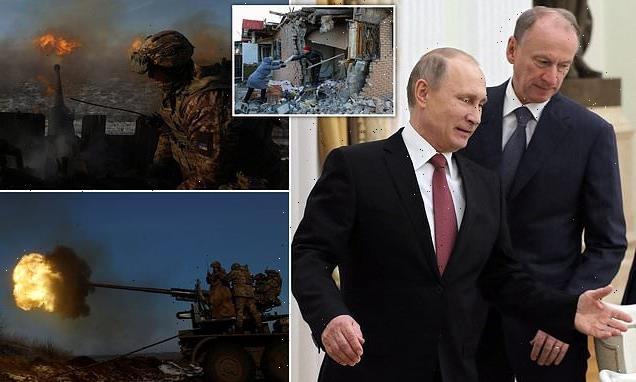 One of President Vladimir Putin’s closest allies today said that Moscow is now in a ‘military confrontation’ with the US and Britain and the West is trying to wipe Russia from the political map of the world.

Russian Security Council Secretary Nikolai Patrushev, who is seen by diplomats as one of the major hard-line influences on Putin, claimed the war in Ukraine is not a conflict between Moscow and Kyiv – but instead between Russia and NATO.

Patrushev claimed that the West is continuing to ‘pull Russia apart’ by supplying weapons to Ukraine.

‘The events in Ukraine are not a clash between Moscow and Kyiv – this is a military confrontation between Russia and NATO, and above all the United States and Britain,’ Patrushev told the Argumenti i Fakti newspaper in an interview. 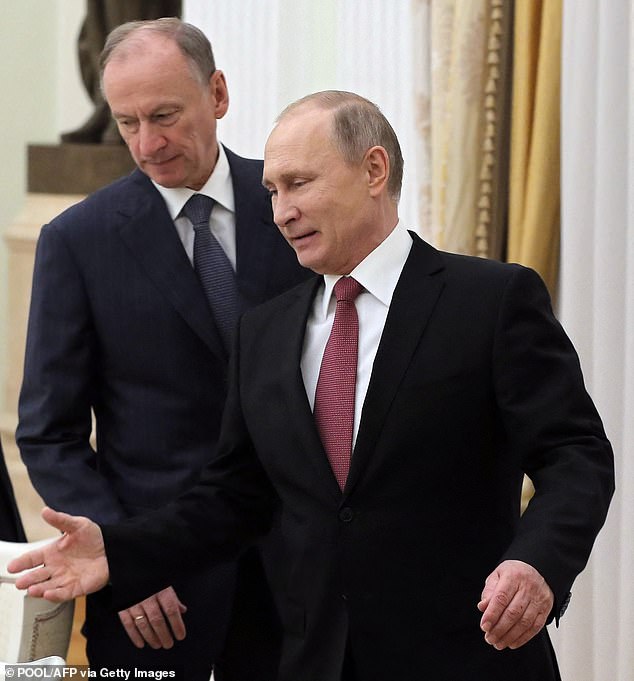 Russian Security Council Secretary Nikolai Patrushev, who is seen by diplomats as one of the major hard-line influences on Putin (pictured together in 2017), claimed the war in Ukraine is not a conflict between Moscow and Kyiv – but instead between Russia and NATO 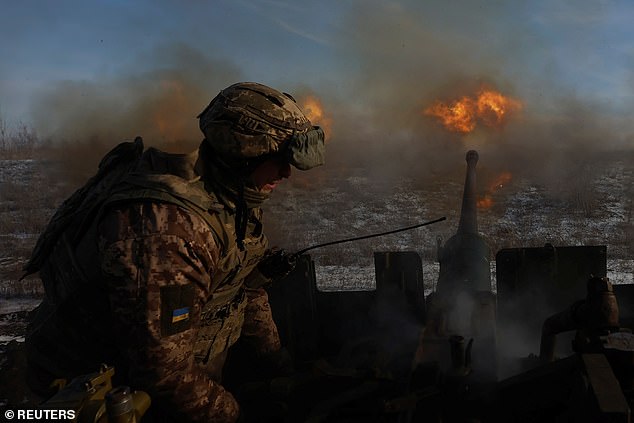 ‘The Westerners’ plans are to continue to pull Russia apart, and eventually just erase it from the political map of the world,’ Patrushev said.

Putin casts the war in Ukraine as an existential battle with an aggressive and arrogant West, and has said that Russia will use all available means to protect itself and its people against any aggressor. He has promised victory in Ukraine despite a series of battlefield setbacks.

The United States has denied Russian claims that it wants to destroy Russia, the world’s biggest producer of natural resources, while President Joe Biden has cautioned that a conflict between Russia and NATO could trigger World War Three.

Asked about Patrushev’s remarks, Kremlin spokesman Dmitry Peskov said NATO and the United States were part of the Ukraine conflict.

‘De facto they have already become an indirect party to this conflict, pumping Ukraine with weapons, technologies, intelligence information and so on,’ Peskov told a regular news briefing.

Russia’s invasion of Ukraine has triggered one of the deadliest European conflicts since World War Two and the biggest confrontation between Moscow and the West since the 1962 Cuban Missile Crisis, when the Soviet Union and United States came closest to intentional nuclear war. 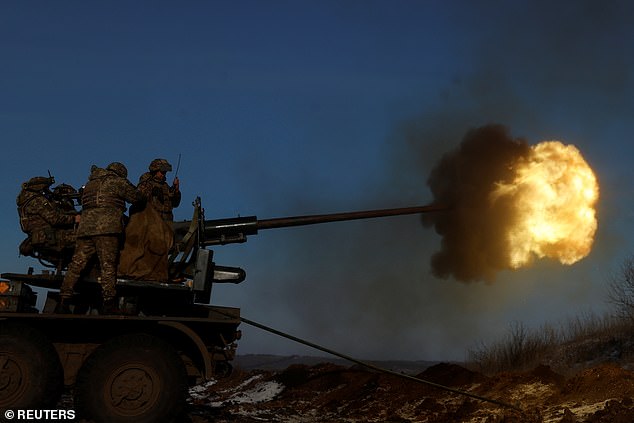 Asked about Patrushev’s remarks, Kremlin spokesman Dmitry Peskov said NATO and the United States were part of the Ukraine conflict. Pictured: Ukrainian members of the military fire an anti-aircraft weapon, as Russia’s attack on Ukraine continues, in the frontline city of Bakhmut on Tuesday

The United States and its allies have condemned Russia’s invasion of Ukraine as an imperial land grab, while Ukraine has vowed to fight until the last Russian soldier is ejected from its territory.

As a former Soviet spy who has known Putin since the 1970s, Patrushev’s views give an insight into thinking at the very highest levels of the Kremlin. He rebuffed CIA Director William Burns’ warnings in 2021 against an invasion of Ukraine.

In a Soviet-style analysis of the West, Patrushev cast Western political elites as corrupt and controlled by trans-national corporations and business clans which planned and executed ‘colour revolutions’ across the world.

‘The American state is just a shell for a conglomerate of huge corporations that rule the country and try to dominate the world,’ Patrushev said. 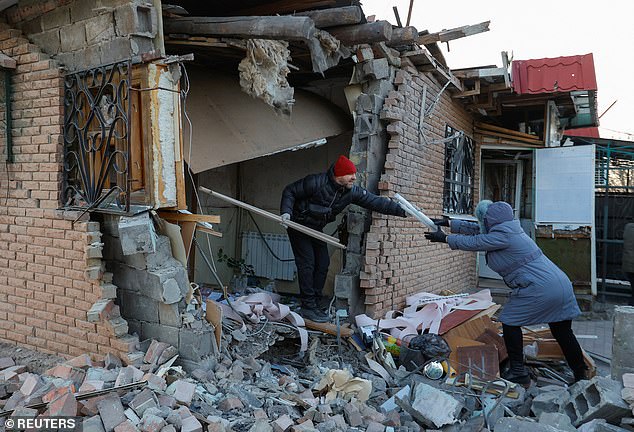 The United States, Patrushev said, had sown chaos in Afghanistan, Vietnam and the Middle East, and had been trying for years to undermine Russia’s ‘unique’ culture and language.

Russia, he said, was a victim of Western designs to push it back to the borders of 15th century Muscovy, and accused the West of bleeding Ukraine to undermine Russia.

‘There is no place for our country in the West,’ he said.

In response, he said, Russia would achieve economic sovereignty and financial independence while also building up its armed forces and special services to deter any potential aggressor.

Russian business and private capital, he said, needed to be more ‘nationally oriented’.

‘The younger generation should be inspired by the ideas of creative work for the benefit of our Motherland, and not sit in the offices of Western corporations,’ he said.