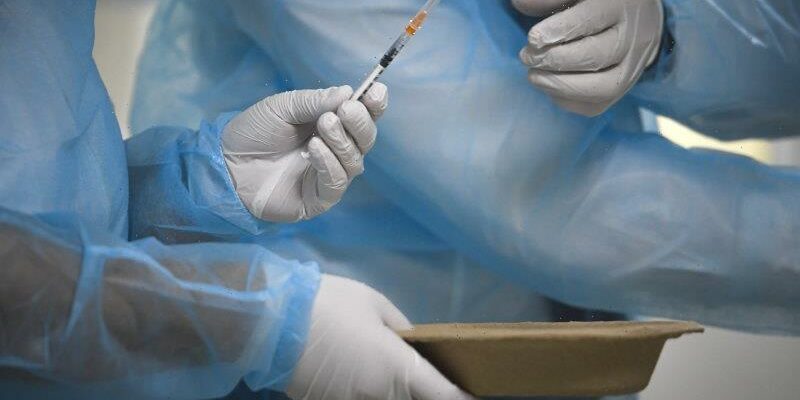 London: When the World Health Assembly meets later this month member countries will be asking how they can, in future, ensure rich countries won’t hoard vaccines like they have done during the COVID pandemic.

From November 29, the World Health Assembly will be hosting a historic special session to consider a new international framework to strengthen the World Health Organisation’s ability to lead the global response to future health threats. 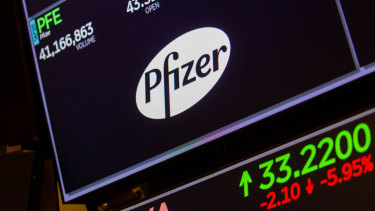 Pfizer is profiting billions from the pandemic.Credit:Bloomberg.

This could include a pandemic treaty that would be legally binding, measures to strengthen existing International Health Regulations, other new resolutions or a combination of all three.

A new pandemic treaty modelled on a 2011 agreement could be key, although it would likely take years to negotiate.

It could serve as a trigger for pharmaceutical companies, like Pfizer, which is profiting tens of billions in dollars from COVID-19, to share 10 per cent of its production.

While the WHO has previously drawn up a pandemic plan, WHO’s principal legal adviser Steven Solomon said this “was strictly limited to influenza” and not coronaviruses like the one that causes COVID-19.

Ten years ago, member states agreed that vaccine manufacturers were legally obliged to contribute 10 per cent of their real-time production to the WHO which would distribute them on a needs-basis.

“A question that has presented itself is whether that can serve as a reference point for ways of addressing equitable access for any pandemic,” Solomon said. But he made clear this special session of the World Health Assembly won’t be hammering out an agreement. It will be talking about and setting out a timeline.

And he cautioned: “No treaty is going to be a panacea.”

Treaties are separate to the International Health Regulations (IHR) which were drawn up in 2005.

“The word ‘pandemic’ does not appear in the International Health Regulations, there is no pandemic declaration set out, there’s no definition for a pandemic so much of what the world is dealing with was not anticipated when the IHR was being negotiated in the early 2000s,” Solomon said.

Either way, he said that with the breakthroughs in sequencing and vaccine technology that did not exist when the regulations were agreed, it was “very important” to update them.

A recent WHO oversight body warned that the world lacked the capacity to end the pandemic or head off the next one unless there was drastic reform to the WHO and its ability to lead a co-ordinated response to the emergence of new viruses.

Any treaty could also draw on recommendations made by various independent panels, including the one co-chaired by former New Zealand Prime Minister Helen Clark which called for health officials to be given the same powers as UN weapons inspectors to enter countries to assess the threat of new pathogens.

Solomon said “closing the gaps” identified by the panels would take significant political will from countries and that it would require a shift in approach from business as usual to “business as urgent”.

The international community has only once before agreed on a global health treaty – the WHO Framework Convention on Tobacco Control, which demands government measures to curb demand for tobacco.

WHO Director-General Dr Tedros Adhanom Ghebreyesus has grown increasingly frustrated with rich countries’ vaccine hoarding warning they would not be safe from the COVID pandemic until poor countries were also vaccinated.

The Delta strain, which is more infectious than the original virus first detected in Wuhan, China, emerged in India when the UK and the United States and Israel were competing to become the world’s most vaccinated nation.

Of the 56 countries unable to meet the WHO’s target of vaccinating 10 per cent of their populations by September, most were in Africa and even more nations remain at risk of missing the next target of a 40 per cent by the end of the year.

While AstraZeneca has pledged to provide the Oxford University vaccine at cost, no other manufacturer has followed its lead.

By contrast, Pfizer, which produces the dominant mRNA vaccines, has said it will reap nearly $36 billion ($48 billion) in revenues this year as rich countries begin rolling out their booster programs, mostly using Pfizer doses.

Last week US Secretary of State Anthony Blinken threw his weight behind the WHO’s pleas when he gathered foreign ministers for a meeting online for a first discussion on how to end the pandemic and urged them to close the vaccination gap.

“We all need to step up our efforts to boost production, to increase vaccine donations, to fulfil the pledges we’ve made to COVAX and help solve the last-mile challenges,” Blinken said.

“And we have to fully commit to transparency and accountability, which are essential for measuring our progress and meeting our goals.”