A nine-month-old puppy shocked vets when they discovered he had swallowed a stick half the size of his body during surgery.

Rocky’s owner, Owner Joanna, took him to the PDSA Pet Hospital in Southampton after the crossbreed would not stop throwing up.

Joanna said: ‘Rocky was being sick repeatedly and couldn’t keep any food down.

‘I was so worried and I had no idea what was wrong.

‘I called PDSA and they told me to bring him straight in.’ 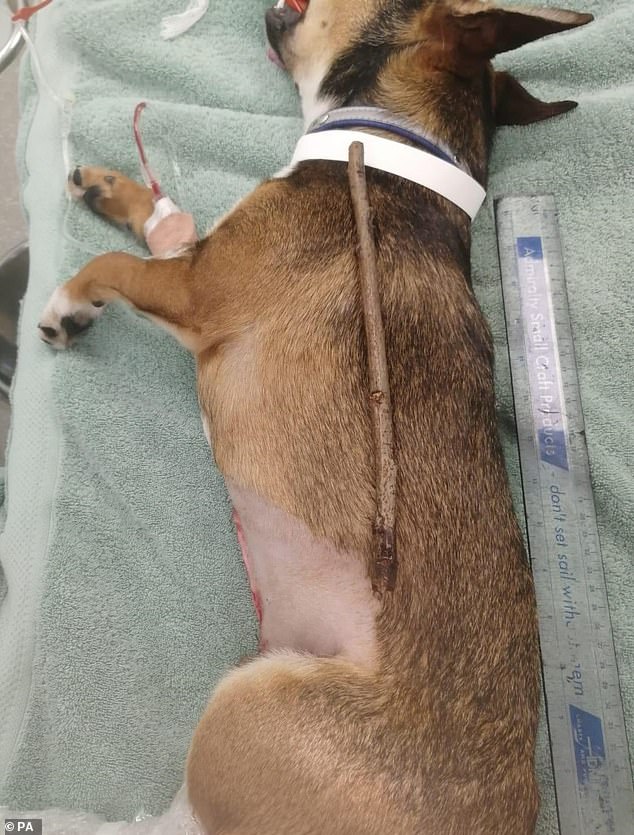 PDSA Pet Hospital in Southampton took an hour to remove a stick, that was half the size of him, from Rocky’s body 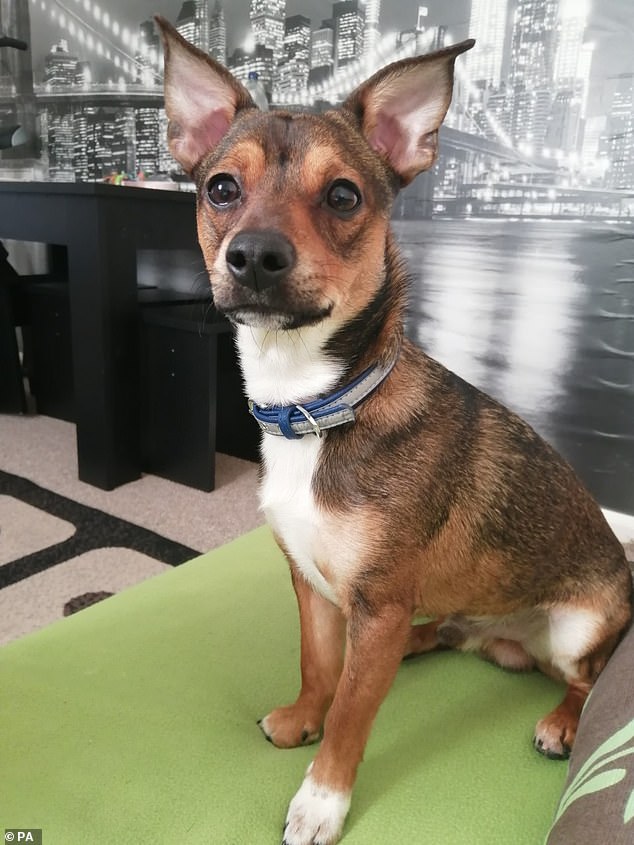 Rocky was immediately taken into emergency surgery and it took an hour-long operation to remove the stick.

PDSA vet Zofia Bauman said: ‘We knew Rocky was very likely to have eaten something he shouldn’t have to cause his sudden illness and suspected he had a foreign body in his stomach, but we couldn’t believe our eyes when we discovered the stick during surgery.

‘Given its length, and his size, it’s a wonder it hadn’t punctured his vital organs and caused fatal injuries.

The pup stayed in hospital overnight so vets could make sure there was no internal bleeding.

Joanna was just as amazed her little dog had managed to swallow just a large stick.

She said:’We couldn’t believe he’d managed to swallow a stick that was half the length of his body.

‘We didn’t see it happen and think he must have got hold of it in the garden.

‘Thankfully he’s on the mend and feeling better already and that’s all thanks to PDSA.

‘They are wonderful and I would like to thank the vet team who helped save our little treasure. I think PDSA are the best charity in the world.’

The PDSA warned that sticks can be dangerous toys for dogs causing ‘wounds in the mouth and throat, choking or intestinal blockages as well as the risk of sticks getting lodged in the mouth.’