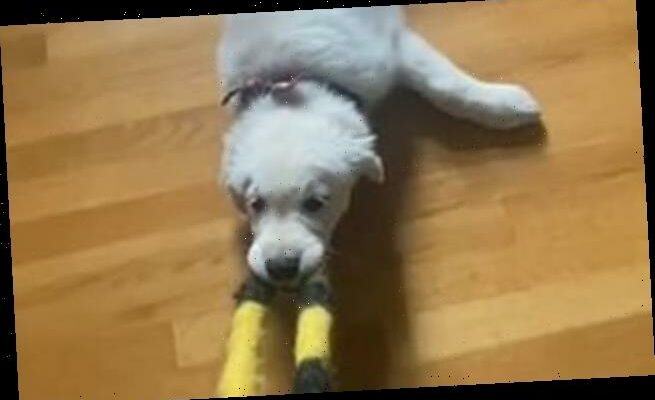 Dog-tired! Moment ten-week-old golden retriever plays VERY lazy game of tug of war as he is dragged around the floor ‘like a mop’

This is the adorable moment a puppy plays a very lazy game of tug of way and is dragged around the floor.

Footage shows ten-week-old golden retriever puppy Jackson lying flat on the floor while his owner pulls him around in San Francisco, California.

The pup lies on the floor, holding on the toy with his mouth, but making no effort to stand up and bite back. 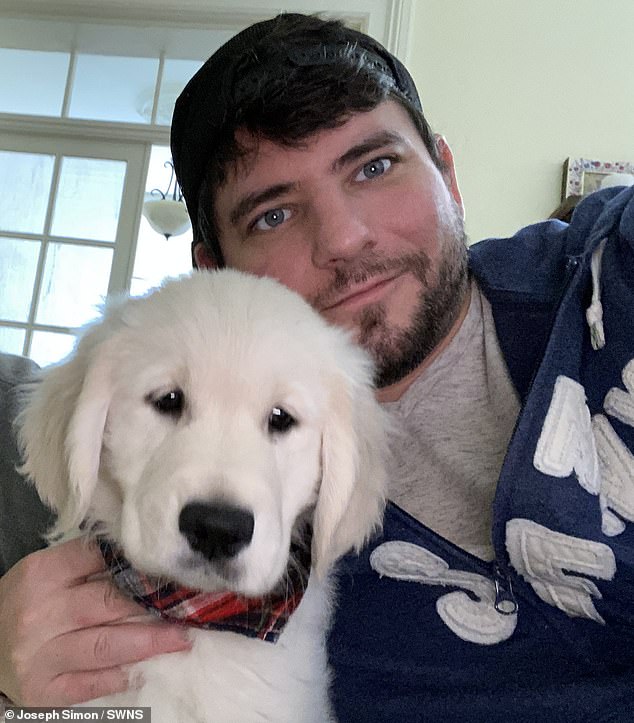 Ever since owner Joseph Simon, 33, and his girlfriend adopted the pup, tug of war has been Jackson’s favorite game and he’ll only play it his way

Jackson moves his feet as if he’s trying to stand up, but offers little resistance when playing tug-of-war.

Ever since owner Joseph Simon, 33, and his girlfriend adopted the pup, tug of war has been Jackson’s favorite game and he’ll only play it his way.

In the video, he says to his pet: ‘Alright Jackson, we’ve really got to start working on your tugging ability,’ as the little dog continues to lie on the floor.

The lazy version of the game involves the puppy holding on with his mouth and being pulled around like a mop.

Footage also shows the puppy lying on his back on the sofa after an exciting day of playing.

Joseph asks: ‘Are you comfortable,’ and little Jackson moves his legs to indicate he’s relaxing. 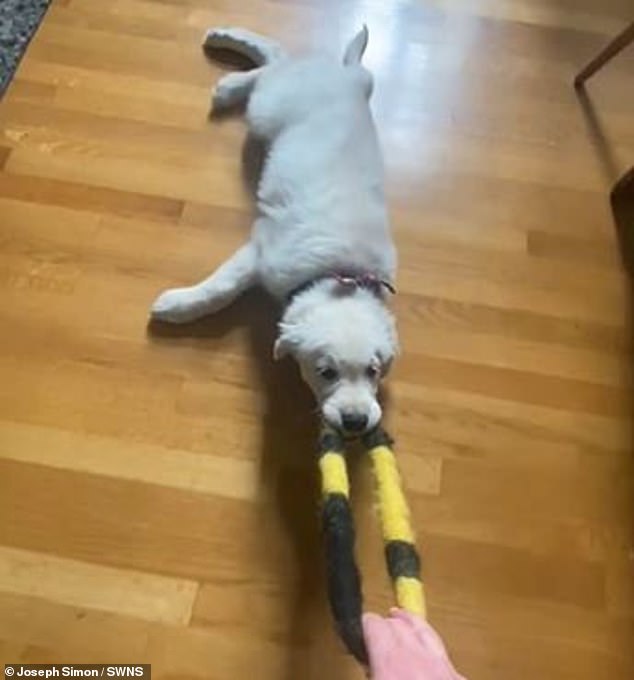 Footage shows ten-week-old golden retriever puppy Jackson lying flat on the floor while his owner pulls him around in San Francisco, California

Joseph said: ‘He’s figured out that if he lays down and just holds on with his jaw then mum and dad will drag him around on the hardwood floor, kind of like a mop.

‘We’re working on keeping him on his feet.

‘I try to drag him over to the rug and he pulls the toy back out to the hardwood floor and plops back down.’

But Joseph is optimistic that Jackson will get the hang of the game eventually.

He added: ‘We were working on it on the rug this morning and he’s getting better at it, but he’s such a young pup and I guess he likes the feeling on his teeth. He’s learning.’

‘He’s also growing steadily and destroying all the furniture, as you’d expect as a little puppy.’