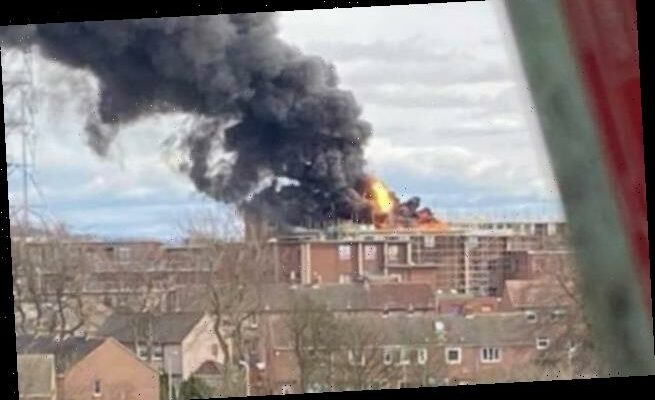 Pupils and staff were today evacuated from a secondary school in Aberdeen after a major fire broke out on the roof following a ‘huge explosion’.

Fire crews were called to Northfield Academy in the Scottish city at around 1.43pm this afternoon, with video on social media showing smoke billowing into the sky.

Scottish Fire and Rescue said firefighters sent five appliances, including four pumps and a height vehicle, after receiving a call from the school.

Firefighters got the blaze under control from around 2.15pm, with photos on social media showing just a few plumes of smoke escaping from the building.

Building work is currently taking place at the school, with scaffolding visible around the site. It is not yet known how the fire started. 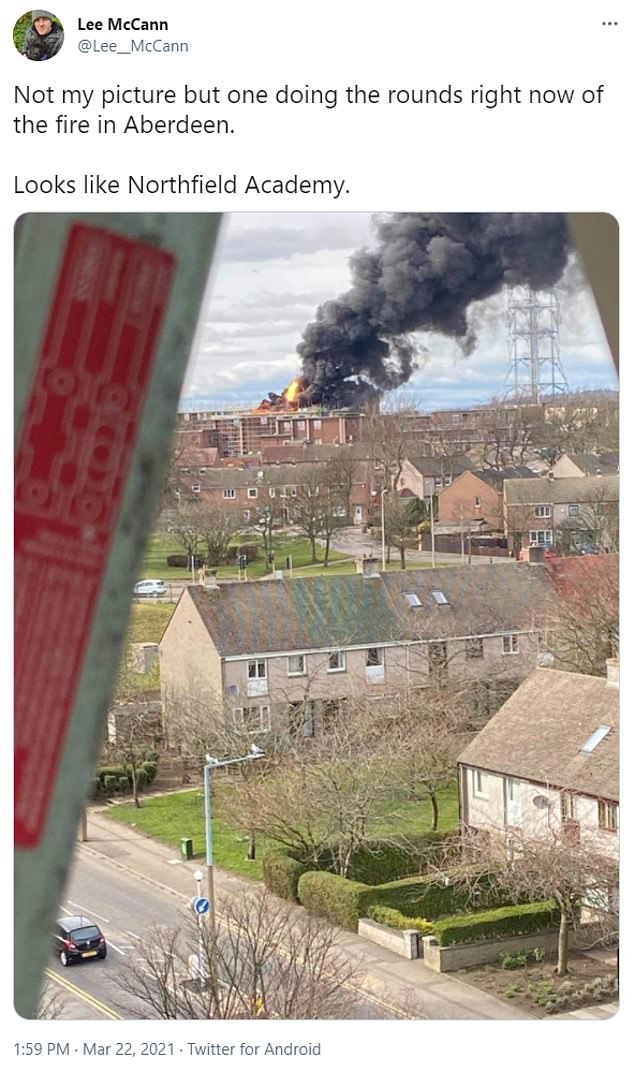 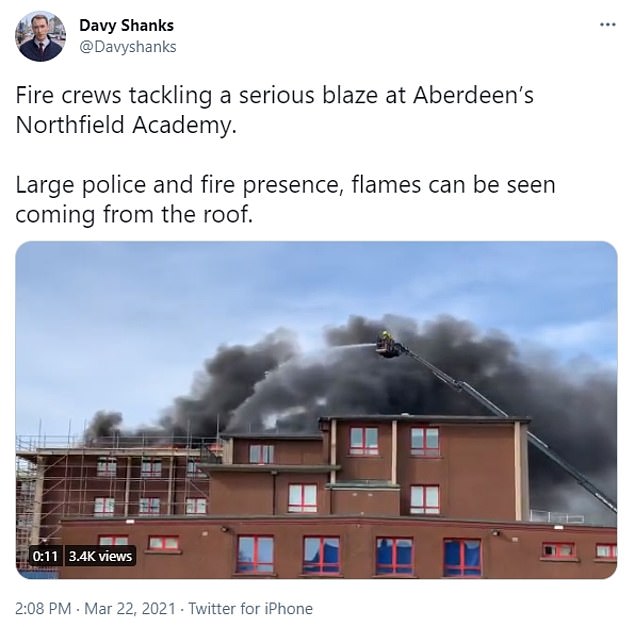 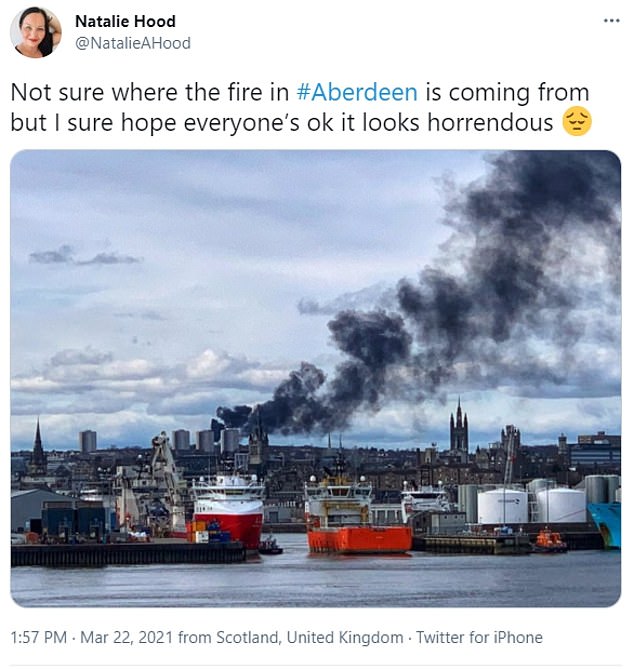 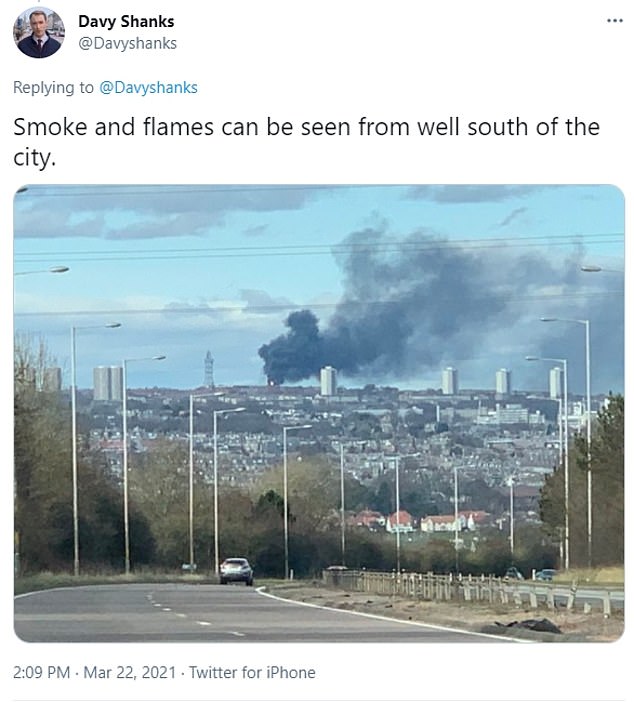 The fire could be seen for miles around, with photos online showing the thick black smoke billowing into the sky above the city.

Police sirens could be heard in the distance as emergency services sealed off the area while concerned locals watched on.

‘We went outside and just saw a massive column of smoke,’ he said. ‘When we heard the bang we could feel it too, it almost felt like the house shook a little.’

This is a breaking news story. More to follow…