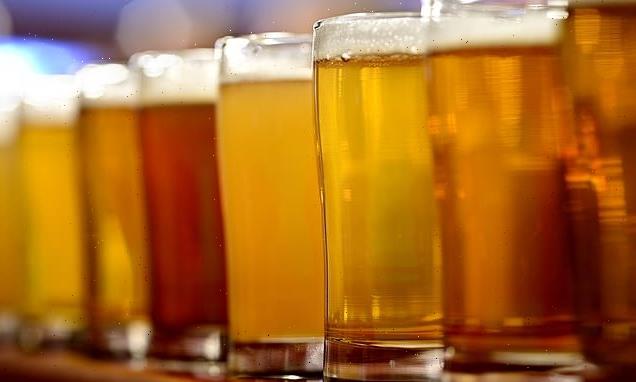 One of the UK’s fastest-growing beer brands has warned the average price of a pint exceeding £7 could become the norm.

Alan Mahon, founder and CEO of Brewgooder, said rising production costs driven by the conflict in Ukraine and soaring inflation had created a ‘perfect storm’ for the industry.

Mr Mahon said the price of raw ingredients including wheat and barley are rising more than the rate of inflation.

And he said other key ‘unseen’ materials, such as energy and gas, have hit eye-watering levels, with carbon dioxide costing 3,000 per cent more than it did this time last year.

Mr Mahon warned £7 for a pint could become norm in big cities. 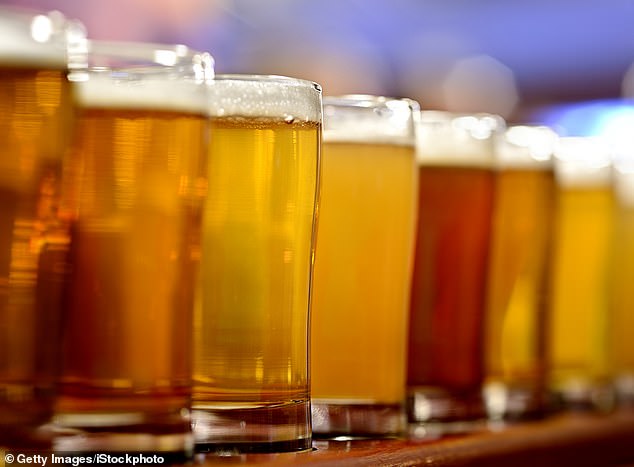 Alan Mahon, founder and CEO of Brewgooder, said rising production costs driven by the conflict in Ukraine and soaring inflation had created a ‘perfect storm’ for the industry 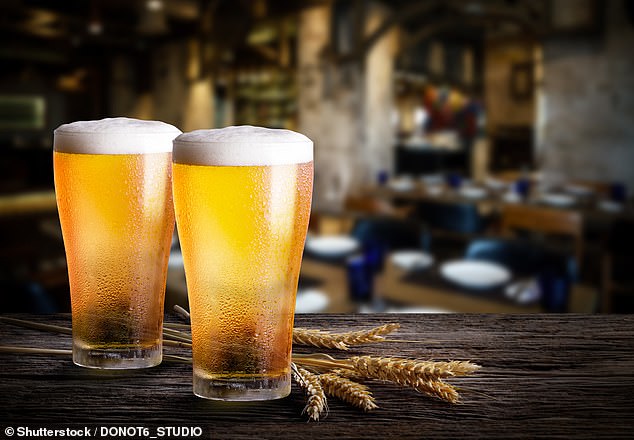 He said the cost of ingredients used to make a pint are all increasing faster than inflation. He said carbon dioxide has risen in price by 3,000 per cent over the past 12 months

Glasgow based Brewgooder’s customers include Morrisons, Asda, and the Coop, as well as on-trade customer such as the Gleneagles Hotel.

Mr Mahon said: ‘I used to think “perfect storm” was a cliche until we found ourselves slap bang in the middle of what the industry is facing right now.

‘It is perhaps a greater long-term challenge than that created by rolling covid lockdowns.

‘On the brewery side, raw material prices for the likes of wheat and barley are rising faster than the average rate of inflation, and consumers can perhaps understand that.

‘What is less visible but equally as important is the things that don’t often come to drinkers mind when they think of what goes into beer – such as the eye-watering explosion in carbon dioxide prices which is 3000 per cent higher than 12 months ago, on top of soaring energy prices, a pain everyone is feeling right now.

‘From what we are seeing, the pressures on the industry with cost price inflation challenges and the Chancellor’s scrapping of the alcohol duty freeze might make a £7 pint the norm rather than the exception in many places – particularly in bigger cities.

‘This is bound to make a pint a relative luxury for a lot of people, something we should all be concerned about and force us all to take stock of the challenges facing the beer industry.

‘Footfall to the on-trade has definitely been one of the biggest challenges facing the industry, with consumers having to make difficult choices on where to spend their money.

‘A potential bright spot for the industry might be the winter World Cup rolling into the Christmas season providing a double shot in the arm for venues.

‘It is therefore vital the industry and brewers continue to work hard on ensuring that the pub environment is something that cannot simply be re-created at home – whether that be through beers only available in the pub, or in encouraging people to socialise and meet friends for a drink/something to eat through various marketing or promotional platforms.

‘The beer and pub trade is a resilient industry, one that’s full of passionate people who will dig deep during the challenges to come.

‘It’s important for the public and the government to recognise their efforts with support in the coming few months.’