THIS is the shocking moment a mother punched a police officer while holding her four month old baby.

The footage was filmed inside a Walmart, where tensions broke out when the woman was told Sony PlayStation 5 consoles had sold out. 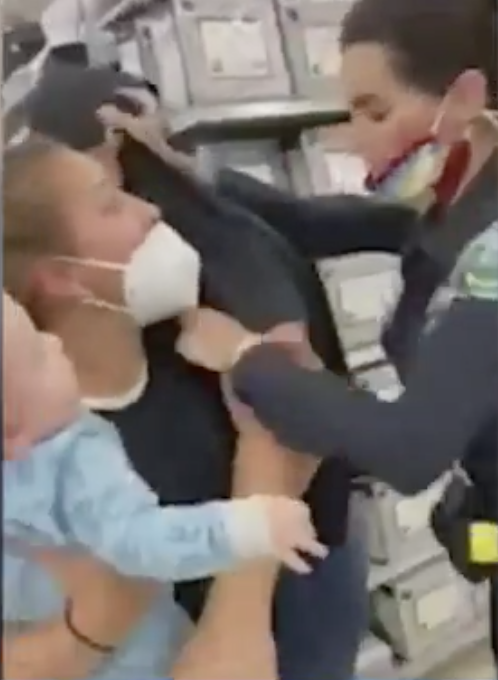 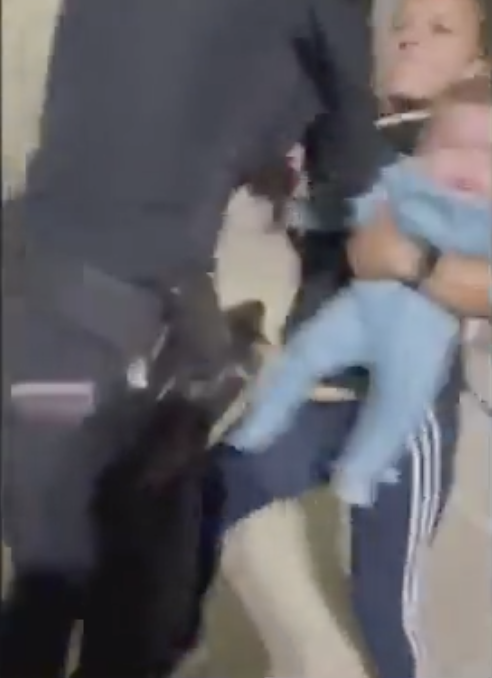 The incident unfolded on in Doral, Florida on Thursday in front of horrified shoppers.

Valeria Aguilar and her family had reportedly waited over eight hours in line to purchase a Sony console – one of the most sought-after items of the Christmas season.

A police incident report says he had “became belligerent with Walmart employees when they announced that only five PS5 consoles [were] left to be purchased.”

Officer Pacheco, who was on hand to assist with crowd control, then asked Ramírez to leave the store.

Video footage shows Pacheco escorting him out of the store after he attempted to incite the other shoppers and refused to leave.

Aguilar then reached for Ramírez's arm in a move to block the officer from detaining him – while holding her four-month-old baby. 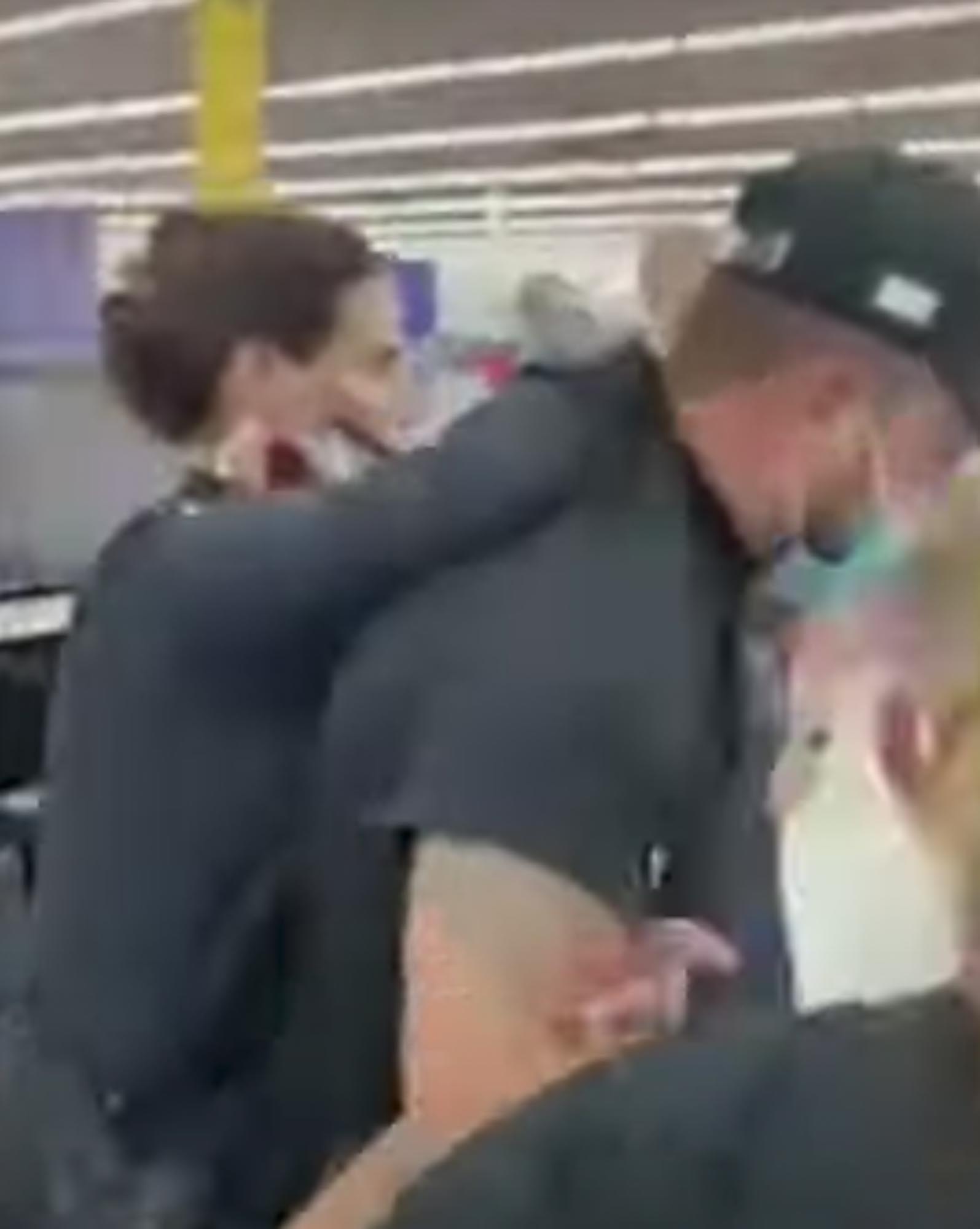 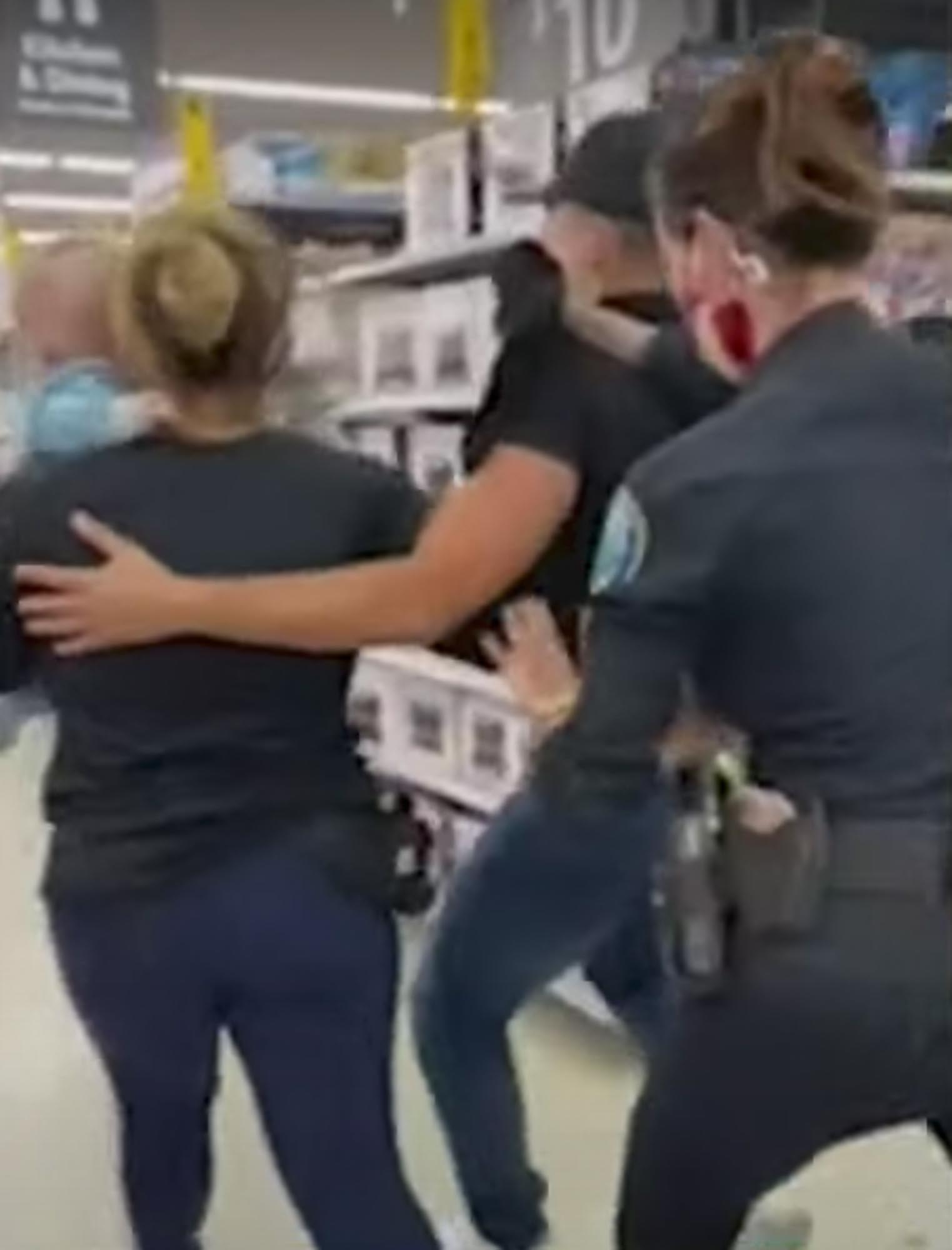 Once outside, Aguilar – still holding her son – confronted Pacheco and punched her with a closed fist.

The officer fell to the ground.

Once standing, Pacheco attempted to arrest Aguilar – before the woman’s father joined the antics.

Fredie Aguilar allegedly stepped towards the officer and grabbed her by the collar before punching her in the face.

However, Valeria Aguilar has since insisted the officer lost her balance and fell to the ground. 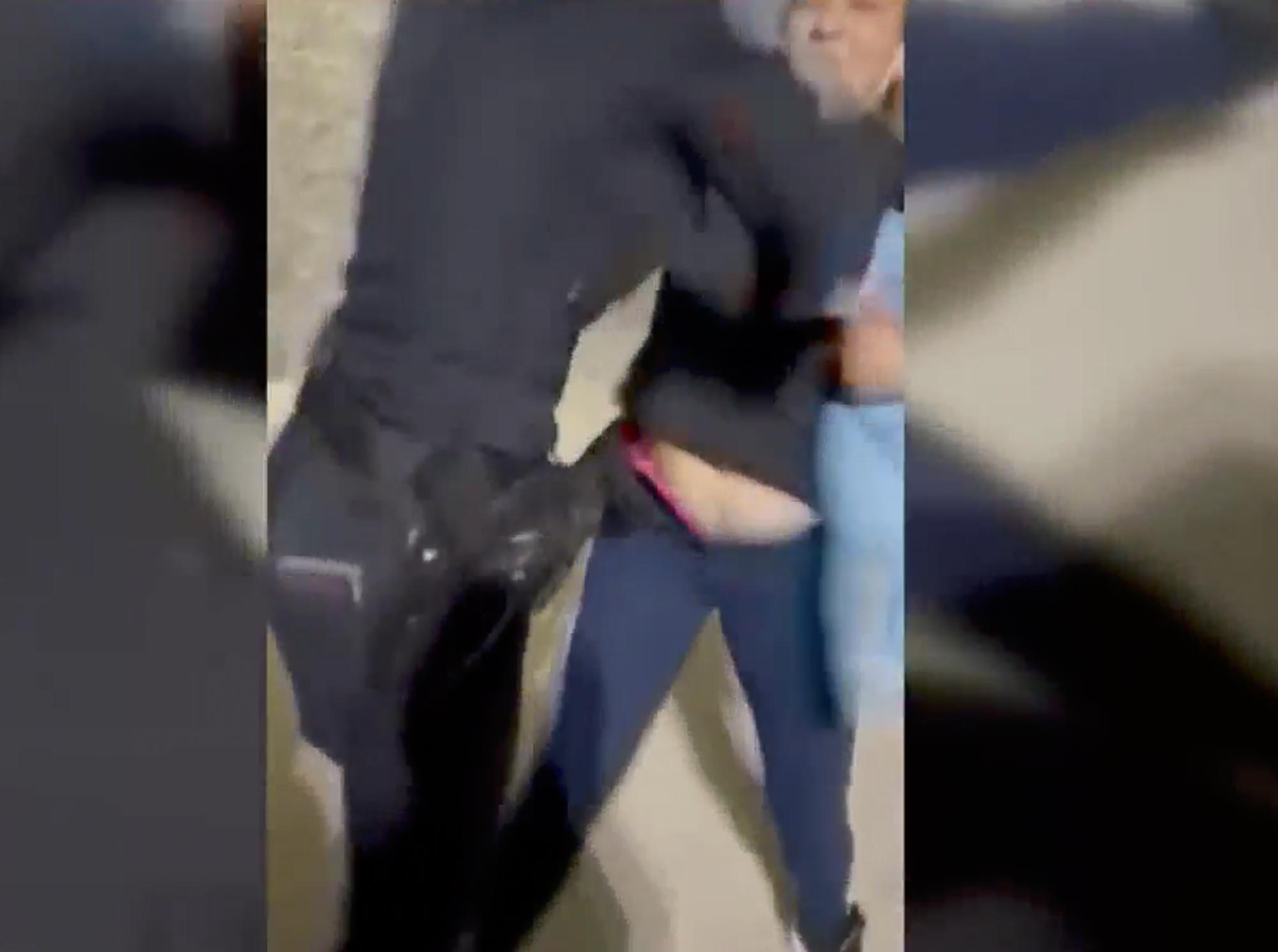 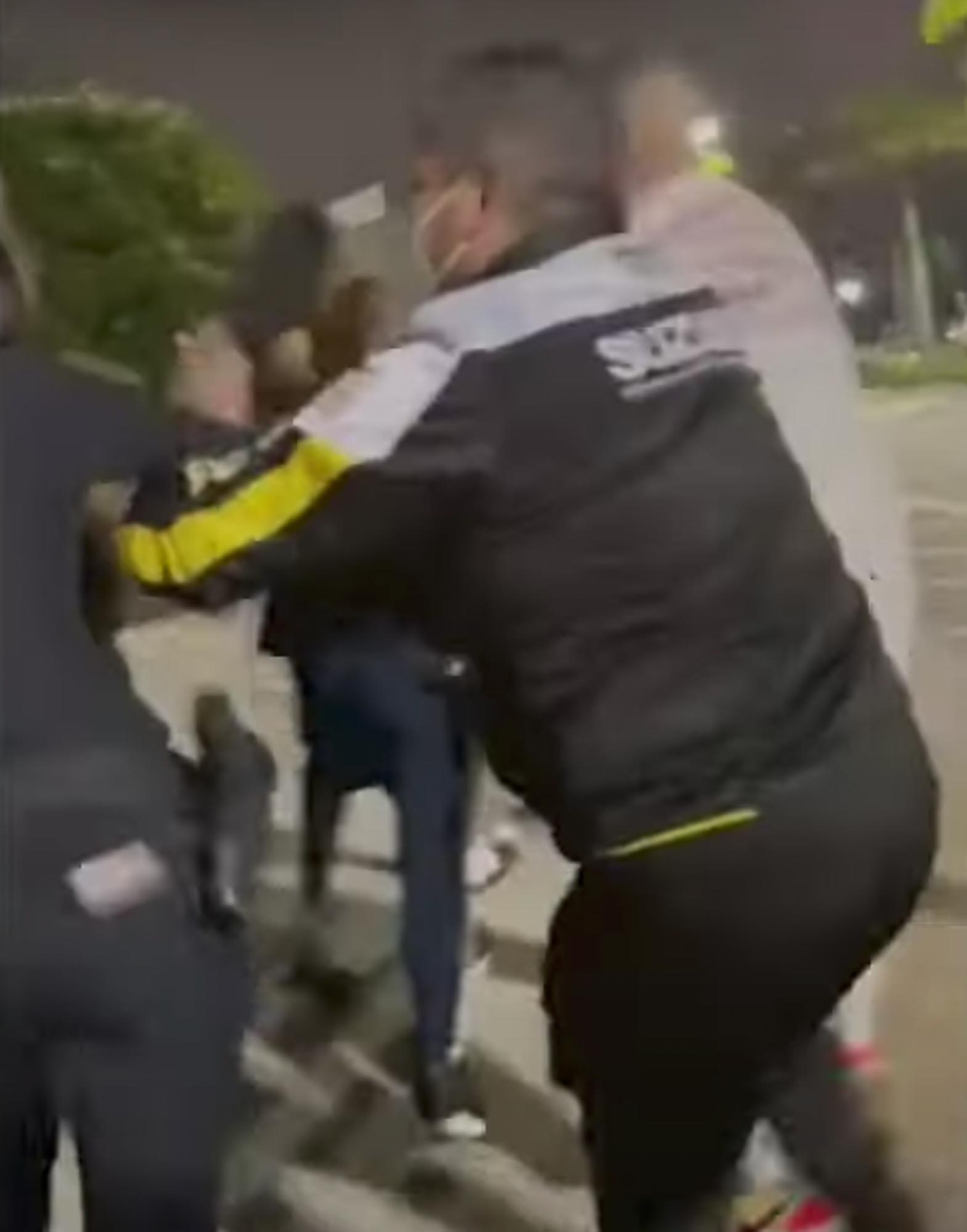 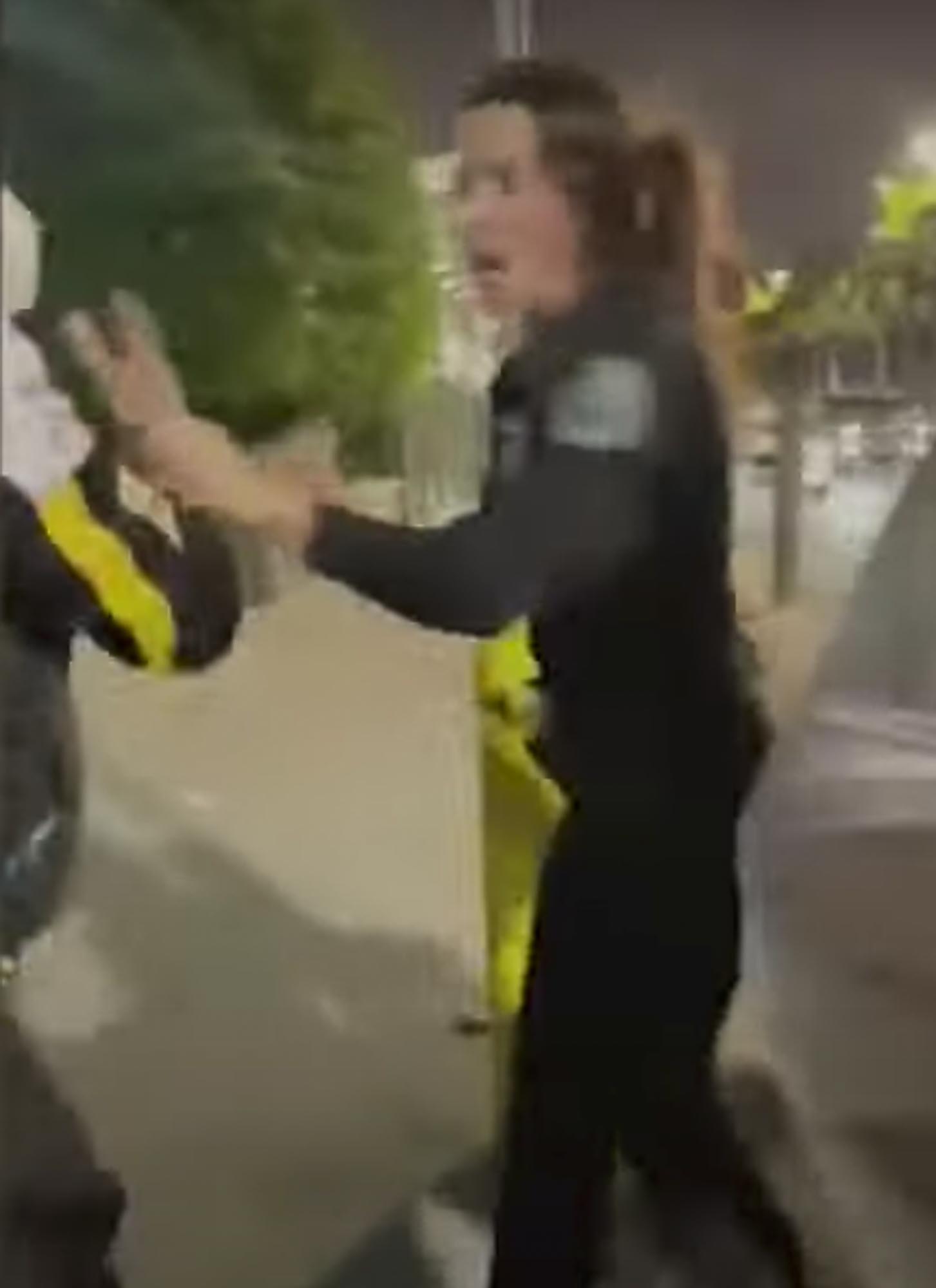 All three were apprehended by other police officers who arrived on the scene.

Fredie Aguilar was arrested for battery on a police officer and transferred to the Miami-Dade County Jail where he was booked.

While there, U.S. Immigration and Customs Enforcement placed him in its custody due to a detainer that had been previously filed.

According to Valeria, her father is still in jail on an immigration hold. She says her mission now is to seek justice for her Dad.

Doral Police have said, for the sake of transparency, the matter is under review.

It comes after Sony confirmed the PlayStation 5 was their biggest ever launch – promising more stock to desperate shoppers.

Sony said demand for the PS5 is “unprecedented”, and in a statement thanked “gamers everywhere for making the PS5 launch our biggest console launch ever.”

“Demand for PS5 is unprecedented, so we wanted to confirm that more PS5 inventory will be coming to retailers before the end of the year – please stay in touch with your local retailers.”

The announcement offered a glimmer of hope to gaming enthusiasts ahead of Christmas –  though new stock has been snapped up before many even have the chance to get in store or online.