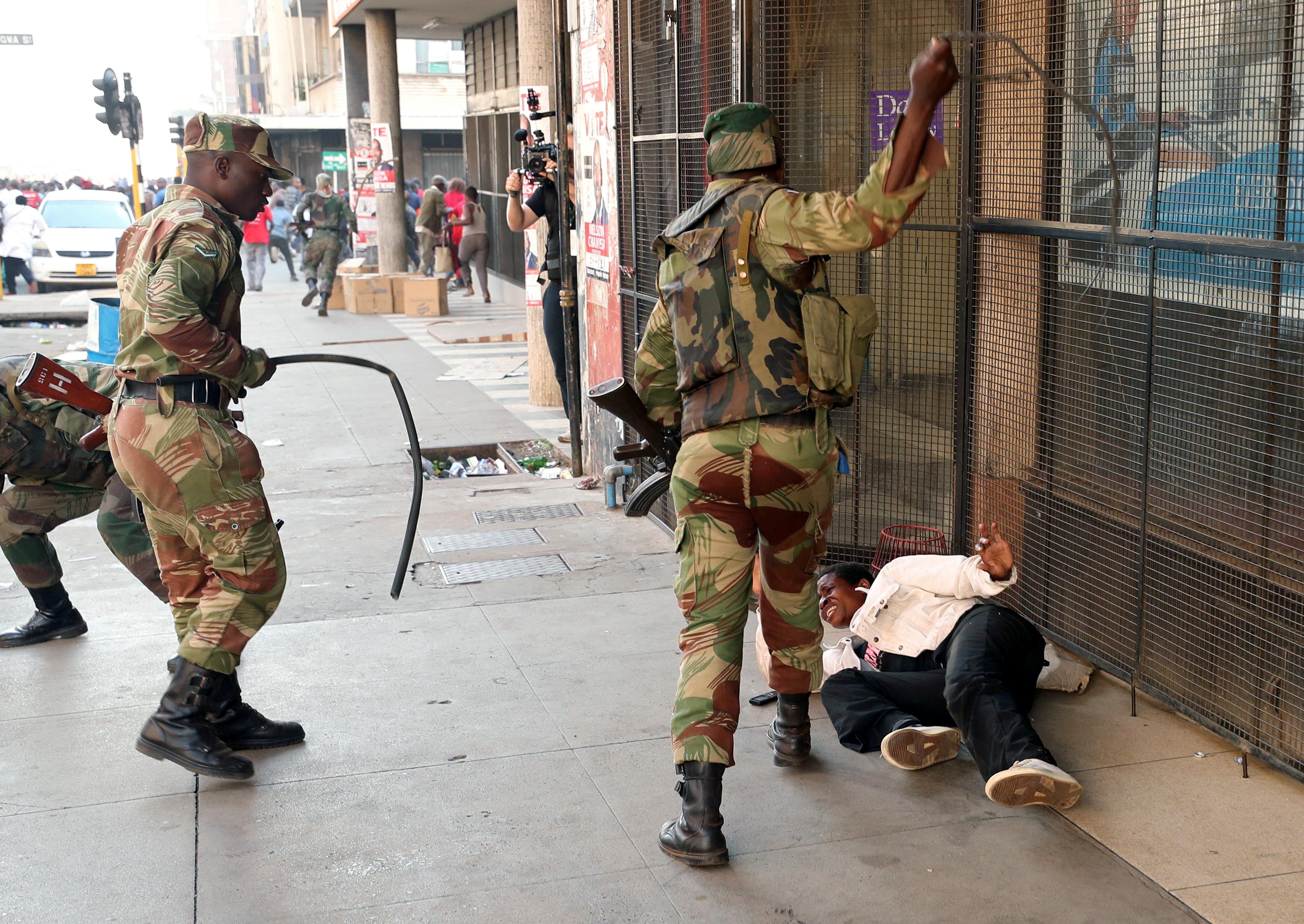 HARARE (Reuters) – The Zimbabwean military’s use of live bullets to quell post-election violence earlier this year was “disproportionate and unjustified”, according to an inquiry released on Tuesday.

Six protesters and bystanders died and dozens were injured in violence after delays in announcing results that made Mnangagwa the first elected head of state since Robert Mugabe’s removal from power.

An investigation found the deployment of the military was legal but soldiers should have operated under police command, which was impeded by the sudden surge of trouble.

“The use of live ammunition directed at people, especially when they were fleeing, was clearly unjustified and disproportionate,” said the report, extracts of which Mnangagwa read to reporters.

“The commission’s finding on a balance of probabilities from all the evidence received is that the deaths of these six people and injuries sustained by the 35 others arose from the actions of the military and the police.”

The inquiry also chided some opposition leaders for inflaming tensions around the election and fomenting protests.

Most Zimbabweans had hoped the July 30 vote would end the country’s pariah status and help usher in an economic recovery. Instead, it plunged the country into turmoil reminiscent of contested votes during Mugabe’s 37 years of rule.

There have been no arrests for the deaths.